Auto sales for the month of April shot up 254 per cent in Canada compared with the same month the previous year. A figure that would have been great news for the auto industry in most other years just serves to highlight the struggles in the auto sector (as well as for the population of the entire country) as the COVID-19 pandemic continues to disrupt lives. With April 2020 the worst April for car sales since 1951, a better comparison is against April of 2019, a high-flying month for the industry that saw 180,616 vehicles sold. For April 2021: 162,455.

Those monthly sales figures estimates are from DesRosiers Automotive Consultants, as many automakers continue to report their sales only quarterly. For those reporting monthly, some massive increases were in store and some outsold their same month in 2019. 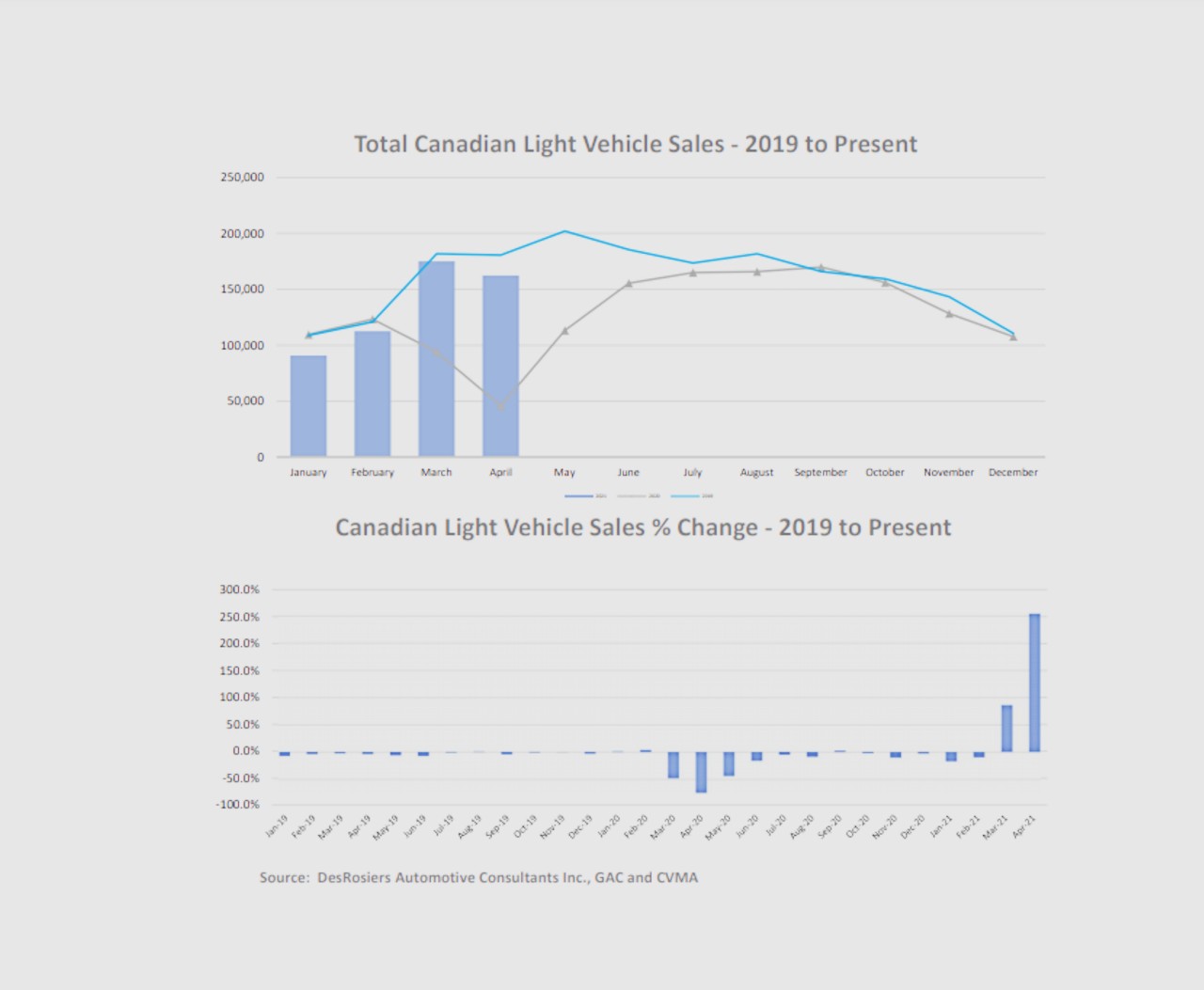 Subaru reported a 303 per cent increase from 2020 with 5,199 vehicles sold. All models were up, with the 1,827-units of the Crosstrek a 410 per cent increase for the company’s best-seller. The automaker came within 20 units of beating its April 2019 sales mark, and the automaker said that it had its best April ever in Quebec.

Toyota reported a second-consecutive record month for Lexus at 2,695 units sold, with the subcompact UX posting its best month ever, the NX its best April, and the RX up 3.2 per cent from 2019. Sales for Toyota vehicles were also up, 20,786 units a 1.1 increase from April 2019 with Highlander, Tacoma, C-HR, and Prius setting April records and RAV4 its best month ever with 7,920. Toyota also reported more than 30 per cent of its sales were electrified vehicles.

Kia, moving 8,040 vehicles, followed up its best Q1 ever with a best-ever April. The new Seltos is the brand’s top model with 1,837 units sold, followed by Forte and Sportage. One of just a few automakers to report this metric, Kia said that certified pre-owned sales were up as well, with 580 of those vehicles delivered to customers. Volvo, the other automaker to report CPO sales this month, said that it was up 687 per cent to 307 units, while the brand set an April record of 1,033 new vehicle sales. Volvo reported that more than 20 per cent of its sales were Recharge models, meaning that they came with a plug.

While lockdowns are continuing and even tightening in much of Canada into May, that might not be the largest factor impacting auto sales for the rest of 2021. An ongoing shortage of the semiconductor chips used in the computers in every vehicle has put a large dent into production for most automakers, including months-long stoppages for some popular models. Expect this to lead to low inventory at dealers, meaning that used prices will continue to climb and new models will become increasingly difficult to find. The automakers with the least supply disruption may see their market share continue to climb.