Teaming up with the aftermarket house American Expedition Vehicles (AEV), Chevrolet has taken the best parts of the ZR2 pickup and cranked them up to eleven.

Chevy reintroduced the ZR2 nameplate last year on the Colorado pickup to great fanfare, creating an off-road machine capable of tackling the toughest trails. Now, the bowtie brand is going a step further with the ZR2 Bison.

Teaming up with the aftermarket house American Expedition Vehicles (AEV), Chevrolet has taken the best parts of the ZR2 pickup and cranked them up to eleven. Snorkel? Check. Bash-proof bumpers and skid plates? Oh yeah. Optional diesel engine? Yessir.

AEV-designed stamped steel front and rear bumpers look the business while protecting the truck from those rocks you’re trying to surmount or the zombies you’re trying to mow down. The front bumper contains winch provisions and standard fog lights, while recovery points are integrated into the rear bumper.

Like the standard ZR2, the Bison sits on a track that is 3.5 inches wider than its now-emasculated Colorado brethren. The Bison shares the ZR2’s front and rear locking electronic diffs, 3.42 rear axle ratio, and two-inch suspension lift. GM’s trick Multimatic DSSV dampers are on board, of course, allowing drivers to flatten out whoop-de-do’s while landing off-road jumps with a pillow-like ‘whomp’.

Styling differences that set the truck apart from a standard-duty ZR2 include an exclusive, flow-through “CHEVROLET” lettered grille, a macho styling flourish that will likely impregnate stop signs as you drive past them. Bison decals will appear on the bed sides, along with an “AEV Bison” logo on the tailgate and headrests.

Customers have a choice of engines and bodystyles, which is pleasing in a marketplace increasingly dominated by pencil-necked accountants chasing economies of scale. Chevy’s excellent 3.6L V6 hooked to an eight-speed automatic is standard equipment, with the company’s 2.8L Duramax diesel offered as an option. The Bison will also be available in either crew- or extended cab configurations.

Chevy says the Colorado ZR2 Bison will join the 2019 Colorado lineup in January and is backed by full factory warranty coverage. Pricing will be announced later this year but expect a premium over the ZR2, whose least expensive version starts at $46,655. 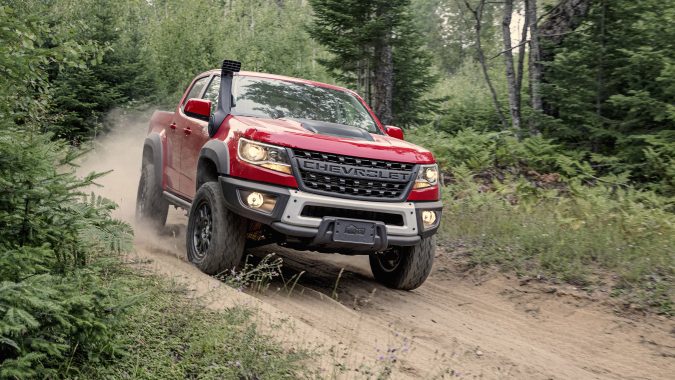 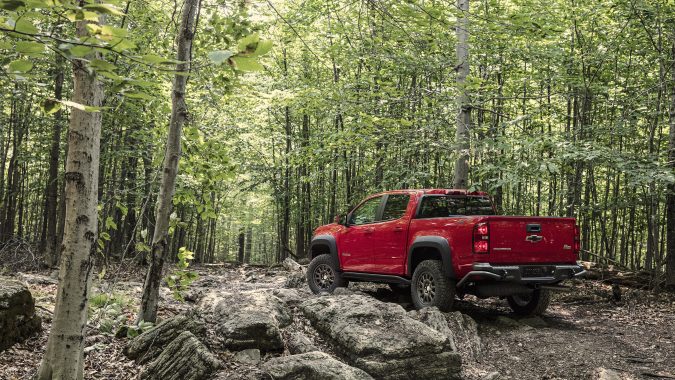 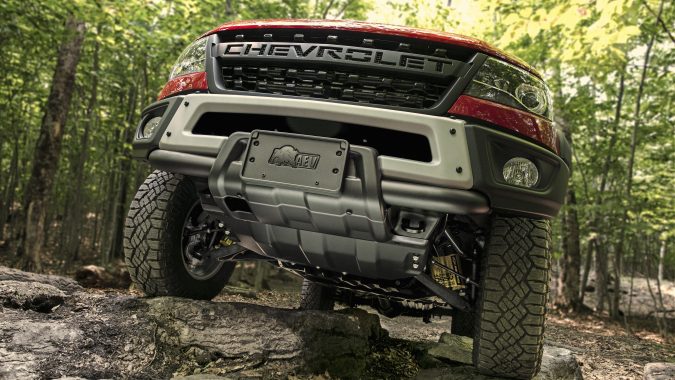 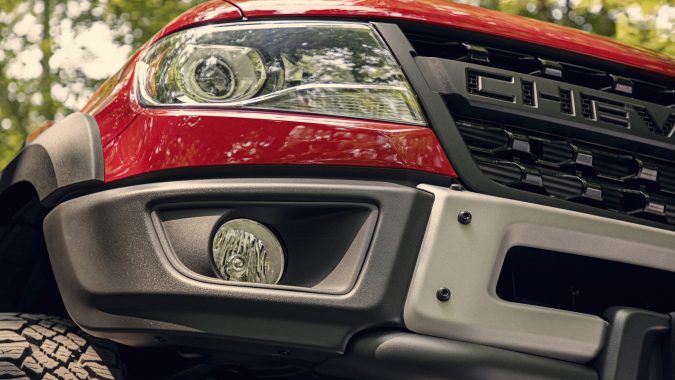 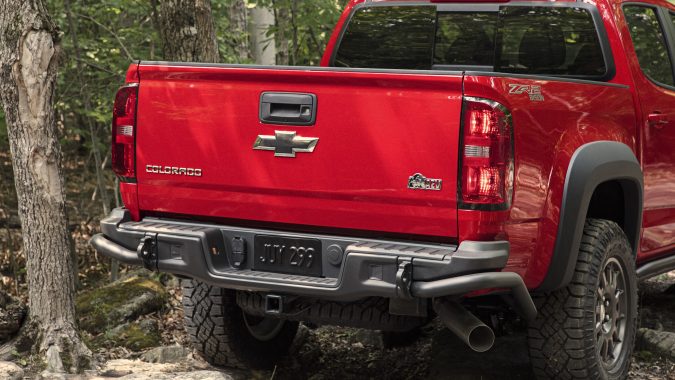 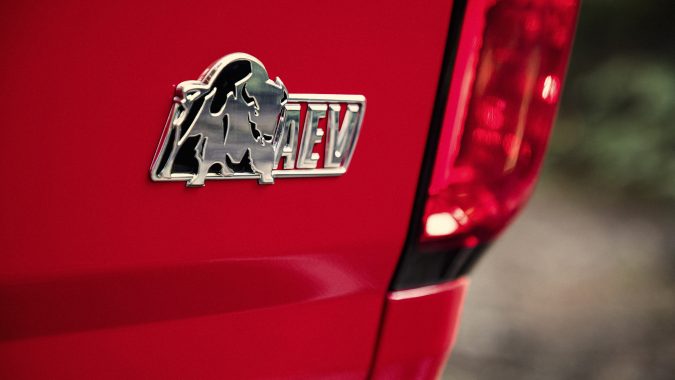