Ask any expert in motorsport and they’ll tell you that the most successful racing drivers use nerves of steel to slow everything down and never let their emotions get the best of them.

Despite a long negotiation and then waiting for weeks to have his test driver deal with Renault’s Formula One team become public, the 20-year-old from Toronto resisted the urge to act like a kid waiting for Christmas and simply focused on the task at hand instead. 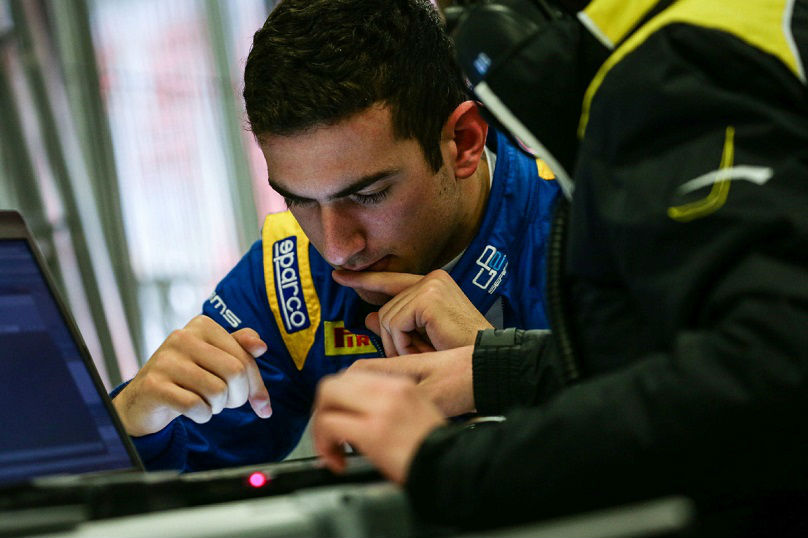 “Honestly, it wasn’t so hard to keep it quiet,” he said during a trans-Atlantic telephone interview.

“In the background, I’ve been busy because obviously for me the main priority is GP2 so all my focus is on that. We were in discussions for quite a while and I knew about the announcement of the role for quite a while. I am excited now that it’s been officially announced, It’s an amazing opportunity with a full factory team.”

The March. 14 announcement saw Latifi become the second Canadian in the F1 paddock this year, joining Williams development driver Lance Stroll, 17, of Montreal. The last Canadian to have an official role in F1 was Robert Wickens of Guelph, who was a Marussia Virgin Racing (now Manor Racing) reserve driver in 2011.

RELATED: Off-season racing roundup: Catching up with what’s goin’ on

“I think it’s great for Formula One in Canada,” Latifi said.

“To have two Canadians in F1 roles right now is quite positive and the next step, which I hope comes soon, will be to have a Canadian in an actually race suit and I hope I can be the next one to do that.”

Despite his new high-profile role in F1, Latifi will spend 2016 racing in the ladder series one step below called GP2, where he’ll be the first Canadian to compete in a full season at that level. The series features several F1 development and test drivers, as well as many of the world’s up-and-coming talents. He signed with the French DAMS outfit late in 2015. 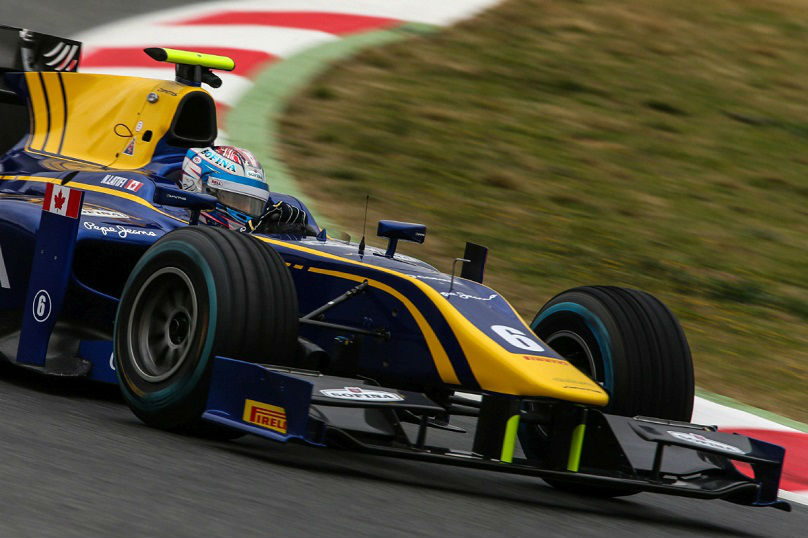 Eight of the past 10 GP2 title winners went on to race in F1, including three-time world champion Lewis Hamilton of Mercedes.

Late last year, Latifi participated in a GP2 test in Abu Dhabi with his DAMS team where he topped the timesheets on Day 2, a marker that ended up being the fastest overall effort of the three-day session.

It was that performance that helped attract Renault’s attention, he said.

“The main thing that solidified it was the potential that I showed in the post-season testing with GP2 — that played a big part of it,” Latifi said.

“Throughout all the years I have been racing in Europe in cars, there were always high points and quite a bit of potential shown, but for one reason or another, the overall results never ended up coming.”

In a second session at Barcelona’s Circuit de Catalunya in January, the best Latifi could do was eighth overall on the final day of the three-day test, although he was second overall in wet conditions in an afternoon session on the first day.

Latifi has been racing in Europe since heading there in 2012 to try his hand in Italian Formula Three. Overall, he has one win and four podiums in 134 open wheel starts in series like GP2, Formula Renault 3.5 and the European Formula 3 Championship.

Recently in F1, test and reserve seats have come with substantial price tags attached, with drivers paying upwards of US$6-million to secure a role with a mid-field grand prix team. When asked, Latifi declined to discuss whether there were any financial terms to his deal with Renault.

Like Stroll, who has a billionaire father supporting his career, paying several million dollars for a seat with Renault would not be outside Latifi’s means. His father Michael is chairman and chief executive officer of Markham-based Sofina Foods Inc., Canada’s second largest food company after Maple Leaf Foods. The privately held company has about 1,200 employees and estimated revenues of about $800-million annually. Its brands include Cuddy, Janes Family Foods, Mastro, Quality Meats, and Vienna.

Whether money changed hands or not, Latifi still has work to do. In the days after the deal was announced, Renault put him in its race simulator for two days to help him get familiar with the team’s operations. The bigger challenge for the Canadian is to get some mileage on an actual race track in an F1 car so he can qualify for the superlicence required to participate in grand prix weekends.

Tight restrictions on testing in F1 make it tough for teams to put a driver into their 2016 cars for any reason, so most of Latifi’s running will be in earlier versions of the team’s challenger.

“I am going to be doing at least one free practice (Friday session at a grand prix) but it’s not officially decided internally which one I will be doing,” he said.

Latifi said his goal is to put as much mileage as he can on an older car because F1’s rules don’t allow him to drive anything that’s less than two years old.

“Being immersed in the F1 environment, learning as much as I can and learning how the operations work . . . will benefit me if hopefully I get to step up into the race driver role, which is my goal.”

Freelance writer Jeff Pappone is a veteran motorsport reporter. This is his first contribution to Toronto Star Wheels. To reach him, please email wheels@thestar.ca and put his name in the subject line.