Anchors away for 2020 Lincoln Corsair

A vehicle definitely meant to seduce

Join the Conversation (0)
Lincoln has just revealed the automaker's latest crossover. The 2020 Lincoln Corsair replaces the MKC. In a refreshing change for a modern crossover, the company doesn't mention the word sport even once in the announcement. Instead, this one is about quiet and luxury, set to arrive at dealers in the fall.

Lincoln recently made the decision that their vehicles should have names again. And since even we have trouble keeping track of which MK is which, we think that's a great idea. The Aviator returns, the Continental returns, and now the Corsair. No, it's not something from their back catalogue of names, Lincoln has fewer names on that pile than you'd think. And we can't imagine a crossover in 2019 called the Lido. Though naming after a pirate ship is an odd choice too.

The compact takes from the styling of the larger Navigator and the mid-size Aviator. Scalloped curves, a high character line, and a bit of an angry look to the Lincoln grille. David Woodhouse, director of design at Lincoln calls it "a vehicle definitely meant to seduce." 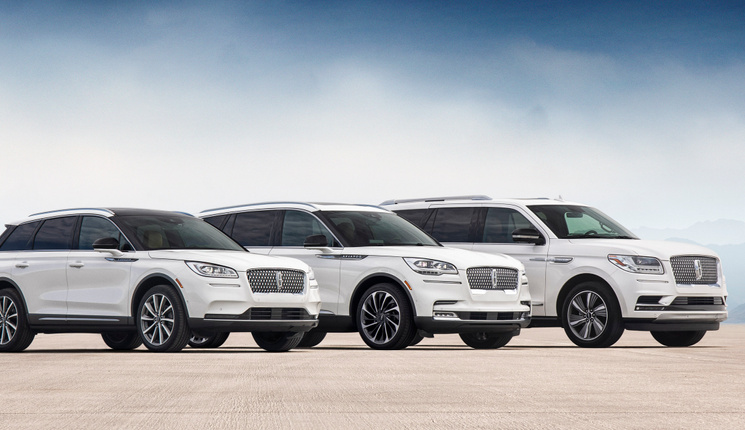 Inside, the company says that quiet was paramount for the Corsair. So it gets quiet features like a dual-wall firewall to help block sound and vibration. There is also active noise cancellation, using speakers to cancel out noise. Instead of the ubiquitous Ford corporate door chime, Lincoln has added chimes recorded by the Detroit Symphony Orchestra.

A 14-speaker Revel audio system is available, and all models get Sync 3 infotainment. An 8.0-inch touchscreen is on the options list as well.

If you're looking for adjustability, the Corsair offers up to 24-way adjustment for driver and passenger. As well as massage and lumbar support. It also offers up a second-row seat that can slide fore and aft 150 mm. Lincoln says that gives it more room in the second row than some massive SUVs like the Mercedes-Benz GLS. That puts it at at least 978 mm of knee room, which is first class airliner-grade space. The Corsair adds three new interior palettes for the brand. Beyond Blue, Cashew, and Medium Slate. The interior look is a massive leap forward over the MKC that came before. And while we have yet to see how the new materials measure up in the flesh, our eyes say this will be a very competitive cabin. 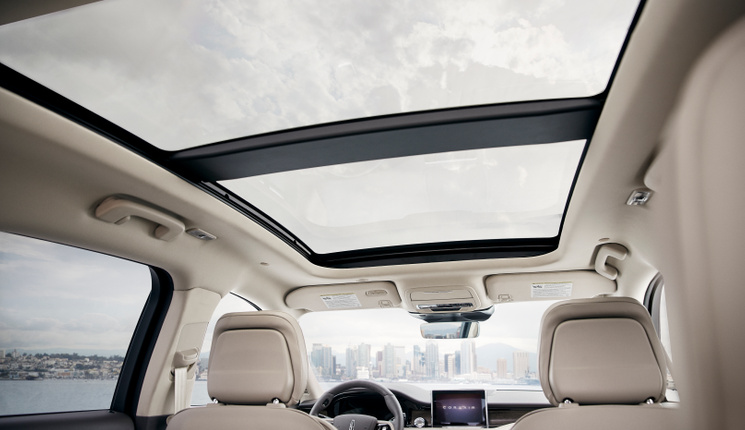 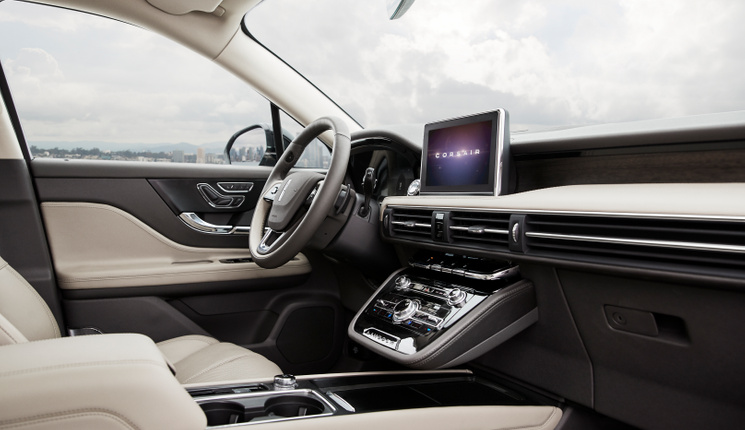 Powering the Corsair isn't the 18-cylinder radial that powered the fighter plane it shares a name with. Instead, there are a pair of turbo fours. A 2.0L aimed at 250 hp and 275 lb-ft of torque and a 2.3L Lincoln says will target 280 hp and 310 lb-ft. Both of them will get an eight-speed automatic and can be had with all-wheel drive. Lincoln has added five drive modes to the Corsair. Normal, Excite, Slippery, Deep Conditions, and Conserve.

Tech features are the name of the day as well. Like Phone as a Key technology, which, as it says, lets you use your phone to open and start your Corsair. It even stores up to 80 settings including seat and mirror positions for each driver. Lincoln's added a head-up display to project info and keep the driver's eyes on the road.