CHICAGO, IL – In one of the most understated reveal events of the Chicago show, Alfa Romeo has revealed what might be the loudest vehicle at the show. And we mean that both visually and audibly. It’s the new 2020 4C Spider Italia special edition.

Instead of the big displays, turntables, fog machines, and blazing lights that mark most show reveals, even limited volume cars, Alfa had one person and one microphone. And prosecco. Which all seems very appropriate for the tiny Italian automaker.

The 4C Spider Italia is a very limited edition car. Just 15 of the handcrafted roadsters will be available in North America. Though FCA wouldn’t confirm if that meant that Canada, with a market of about 10 percent of US car sales, would get 1.5 cars.

The 4C Spider Italia starts with that stunning Misano Blue Metallic paint. The colour is sublime, and not available on any other 4C. It competes with the racing orange MX-5 30th Anniversary edition in a battle for brightest car at the show. To highlight the blue paint, Alfa has fitted a piano black front air intake and front splitter. 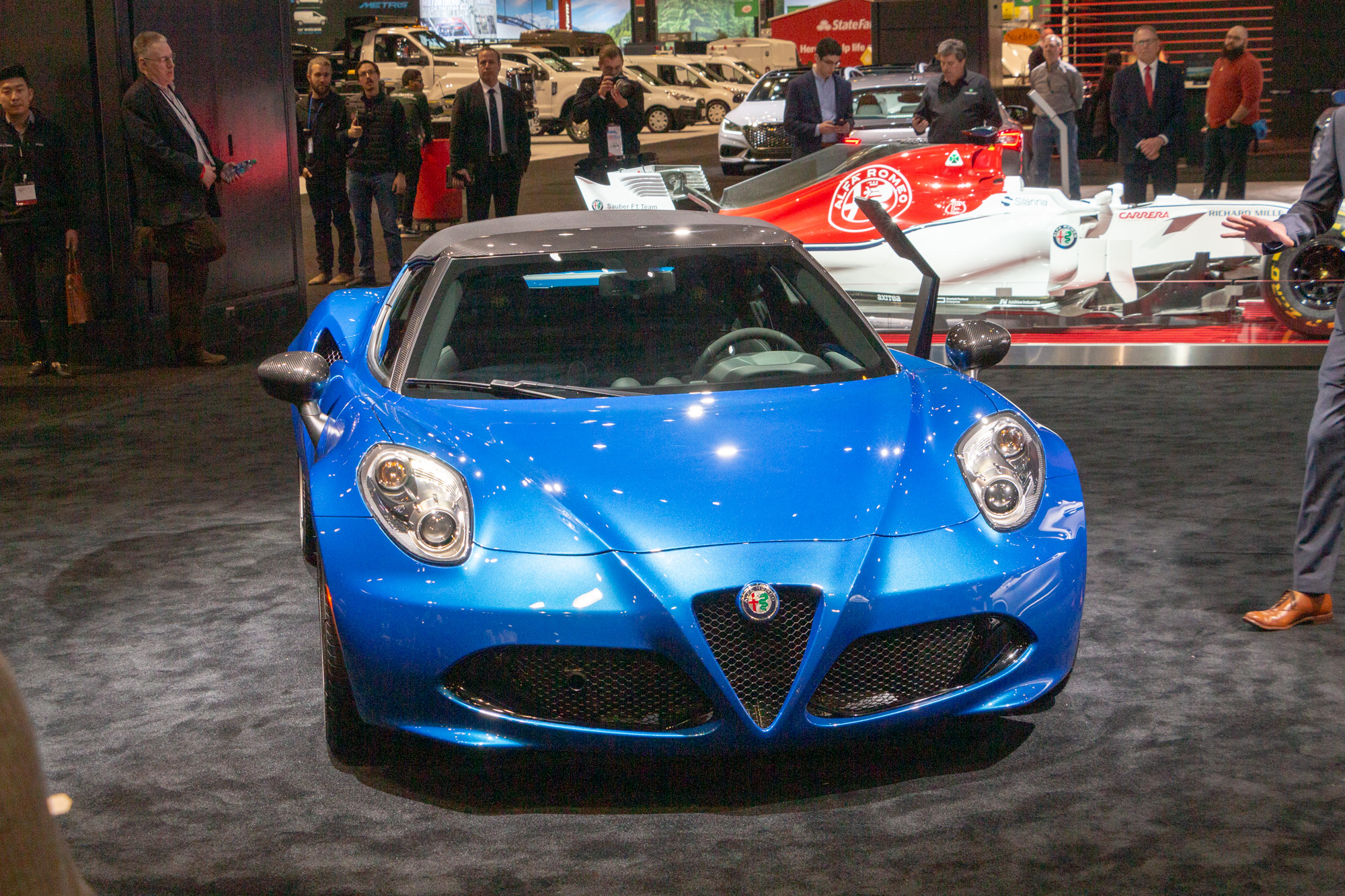 Look at the rear flank and there’s a special 4C Spider Italia graphic with an Italian flag stripe. It highlights the optional carbon vent. Look through the five-hole alloys, 18-inch up front and 19 in the rear and the brake callipers have been painted yellow.

Inside, there’s a 4C Italia logo and a numbered plaque on the dash that hints that while there are only 15 coming here there are 108 of them worldwide. Contrast stitching around the interior and on the floormats is yellow to match the calipers.

The 1.75L turbo four is unchanged, giving the 1,100 kg car 237 hp and 258 lb-ft of torque. The car on display was fitted with Alfa’s optional Akrapovic two-stage exhaust. That system gets a carbon fibre surround and a pair of exhaust tips that make a bark more ferocious than any car this small has a right to make.

Along with the Italia, Alfa confirmed that the 4C would return to North America for another year. The littlest Alfa isn’t a huge seller, but it is a big part of the brand’s image. And it looks and sounds amazing, so we’re happy to see it for another model year. 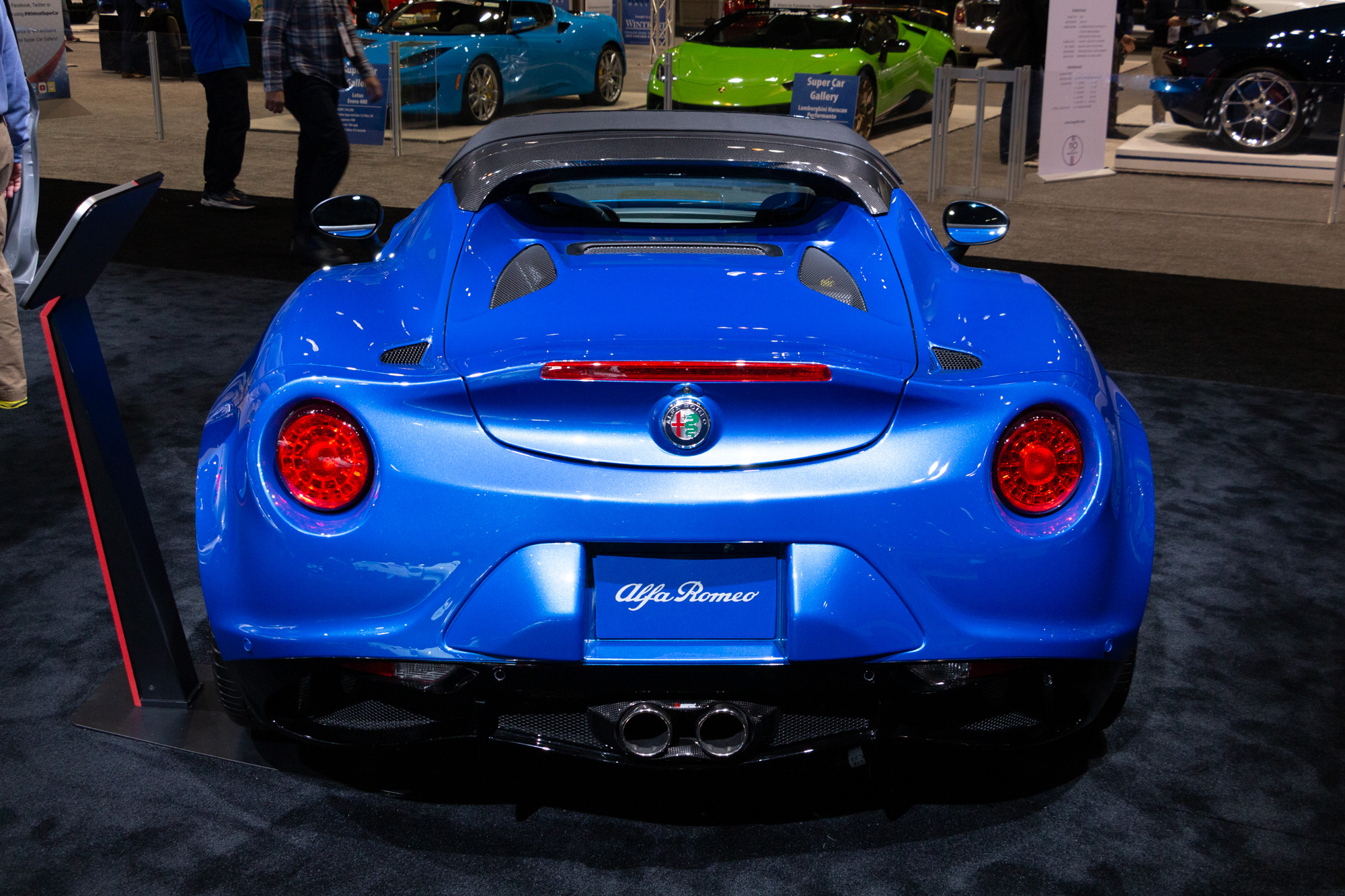 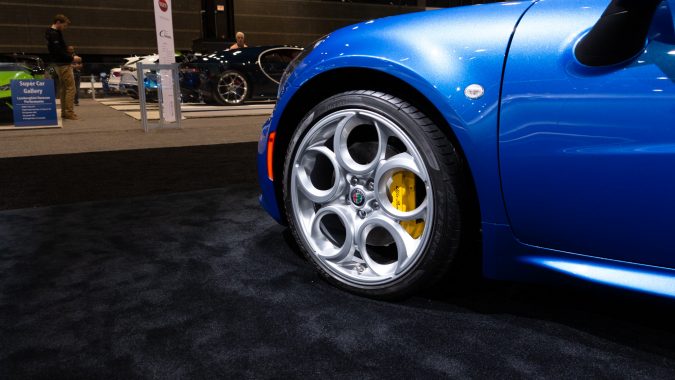 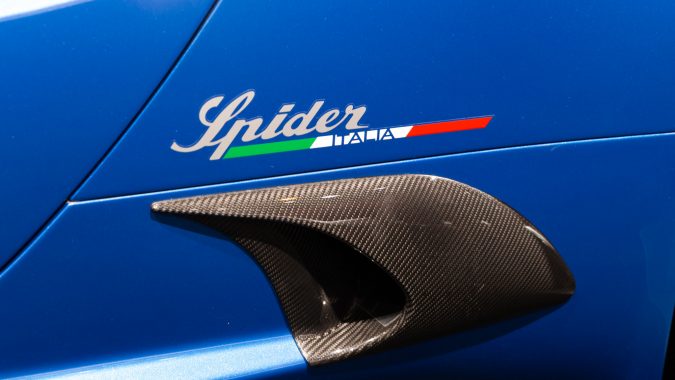 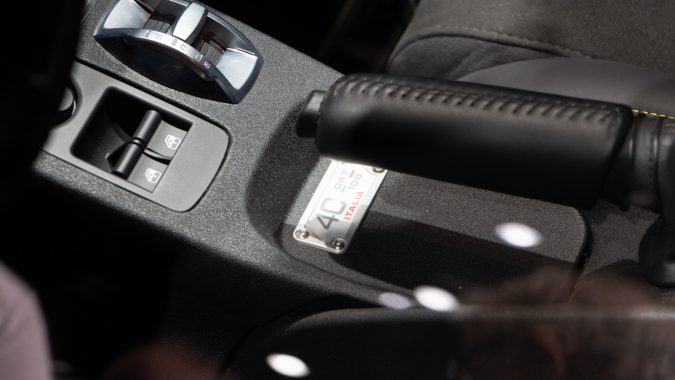 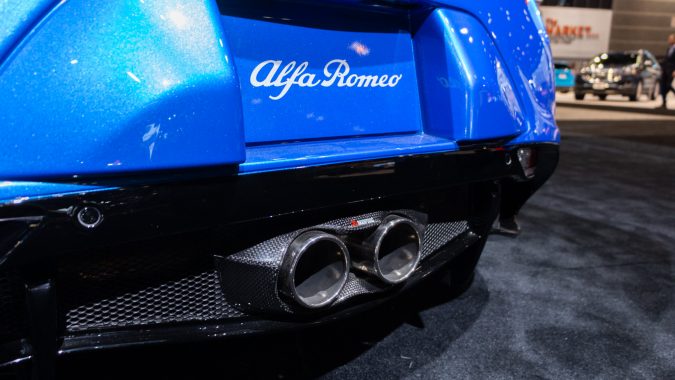