After stumbling… A big day for Faraday Future

Faraday Future has completed the first pre-production version of its luxury electric car the FF 91 crossover, marking an important milestone for the troubled electric-car startup.

The FF 91 was unveiled at CES 2017 and dubbed as the next Tesla, quickly gaining attention thanks to some impressive specifications. Faraday boasted of 1,050 horsepower, 0 to 60 mph in 2.3 seconds, and a 378-mile range.

Faraday has struggled to get the FF 91 into production, due to financial woes, but has gained momentum by repurposing an old Pirelli tire factory in Hanford, California, instead of building a proposed newer facility in Nevada. Fueled by a cash injection of $2 billion from China’s Evergrande Healthy Investment Group Limited, work at the Hanford factory has progressed rapidly. Faraday began construction in March, fitted the first assembly-line equipment in June, and completed the first FF 91 body shell in late July.

“It is inspirational for us at FF to see all the parts come together for this significant day: the literal parts of the FF 91 from our various on-time supplier partners; the processes and tooling within the Hanford facility itself; and the invaluable training for the essential ‘soft’ skills required for this level of sophisticated teamwork I and others need in our Hanford production teams as we begin creation of our FF 91 for demanding users.”

The first preproduction FF 91 unit shows that Faraday has a future, but the company still faces production challenges. Ramping up to full-scale assembly will be a lot more difficult than building one car. Faraday also has fierce competition from Tesla, and other newer startups like Byton, Lucid Motors, Nio, and, and legacy automakers who are introducing their own luxury electric cars.

The order book for FF 91 early buyers – aka “FF Futurists” – is now open, with first deliveries commencing during the first half of 2019. 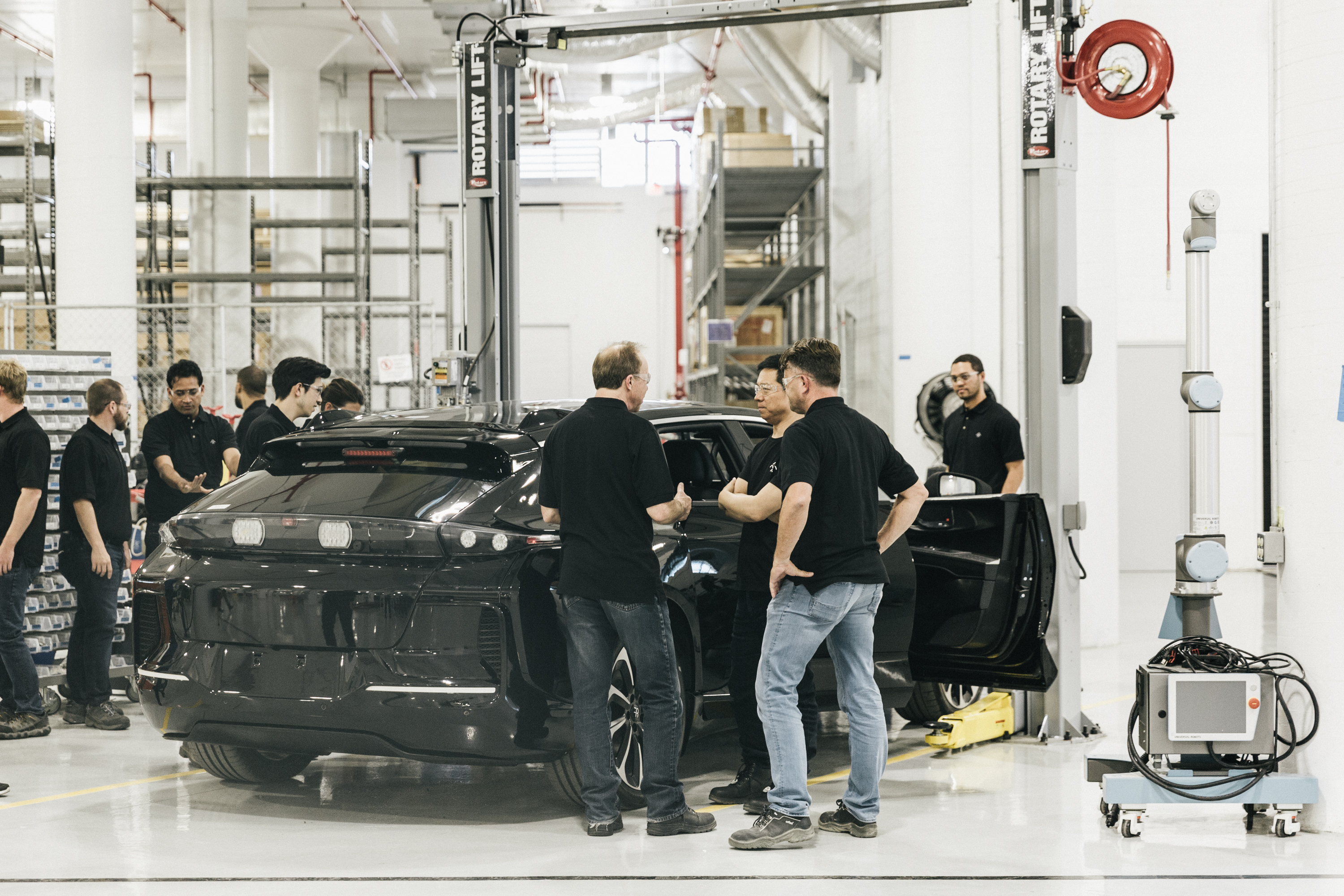 Electric Cars Prove to be the Fastest at Goodwood