Aerodynamics Smooth the way for the Audi E-tron

Audi has achieved a drag coefficient of just 0.28 for the all-electric e-tron prototype SUV through intensive wind tunnel testing and sophisticated aerodynamic aids including the option of virtual exterior mirrors

The better an electric car’s aerodynamics, the further it travels.

And that is why the Audi e-tron prototype has already recorded more than 1,000 hours on the test rig in the Ingolstadt-based Audi Wind Tunnel Centre.

In what is notable as the world’s quietest vehicle wind tunnel, Audi engineers have been harnessing the 186mph wind speed capability of its 2.6-megawatt fan to perfect the car’s efficiency and comfort in readiness for the series production model.

The result is an impressively drag coefficient of 0.28 – a top achievement in the SUV segment and a decisive factor in the everyday range of more than 248 miles in the WLTP cycle.

A hundredth of the drag coefficient figure represents a range of around three miles under everyday conditions. Other key aerodynamic aspects that contribute to the streamlined all-electric SUV include optional virtual exterior mirrors, which will be a series production car first.

On long journeys where the Audi e-tron prototype is perfectly at home, the drag constitutes the key driving resistance – far more important than the rolling resistance and inertia. The energy is lost which the car needs to overcome this resistance. 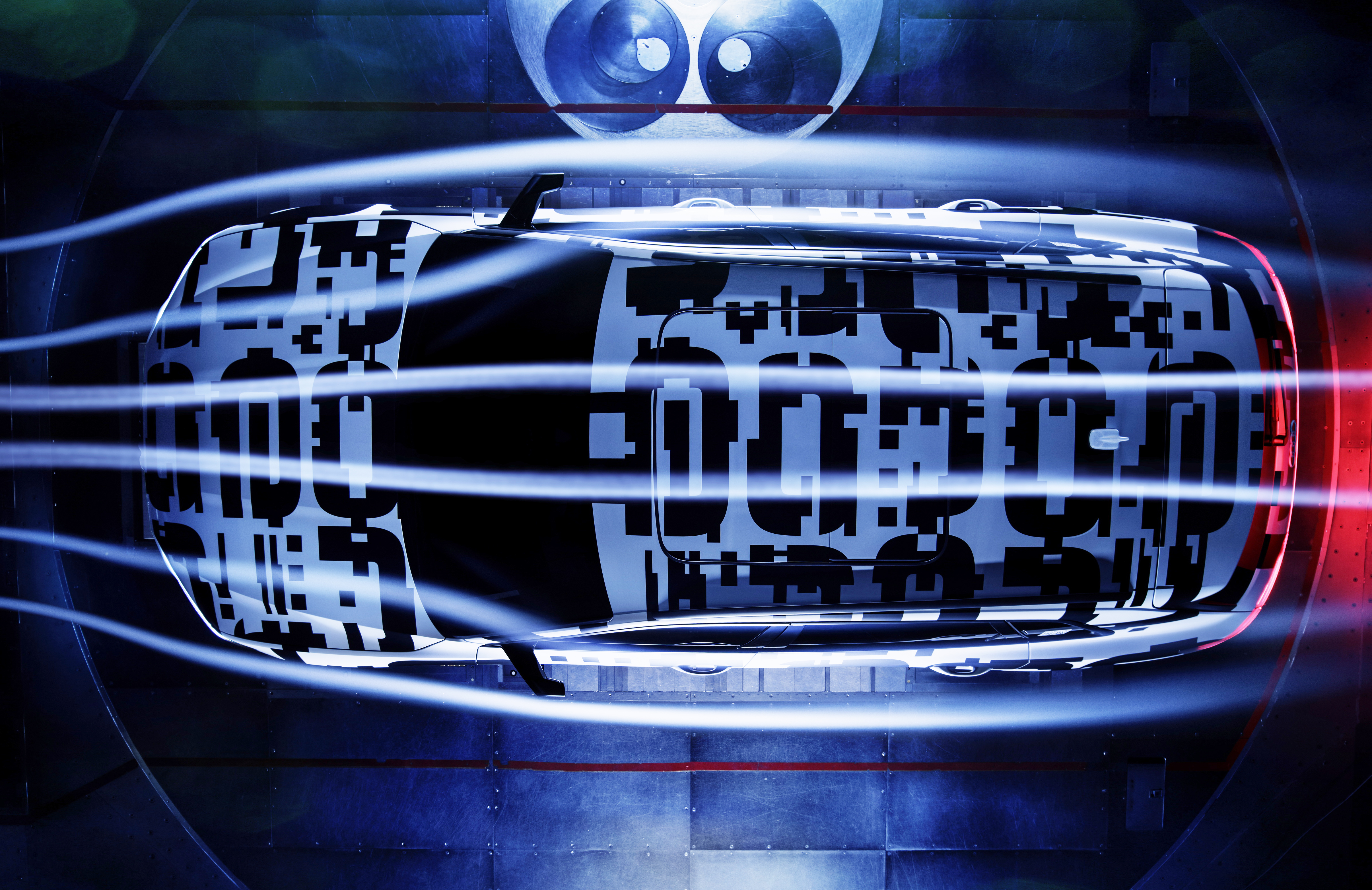 That is why good aerodynamics are so important.

In urban traffic, however, other factors come into play. Here an electric car can recover a large part of the used energy when braking, thereby reducing the importance of its mass.

To achieve the drag coefficient of 0.28, the Audi engineers developed a wide range of aerodynamics measures in all body areas. Some of these technical solutions are evident at first glance, while others fulfill their purpose hidden away from sight.

Thanks to these solutions, the drag coefficient for the Audi e-tron prototype is almost 0.07 less than for a comparable, conventionally powered vehicle.

The optional virtual exterior mirrors will be making their world premiere in the series-production version of the Audi e-tron prototype.

They are much narrower than the standard mirrors, reducing the vehicle width by 15 cm and, thanks to their new shape, not only reduce drag, but also noticeably contribute to cutting the already impressively low wind noise.

Each of their flat supports integrates a small camera.

The captured images appear on OLED displays in the transition between the instrument panel and door. 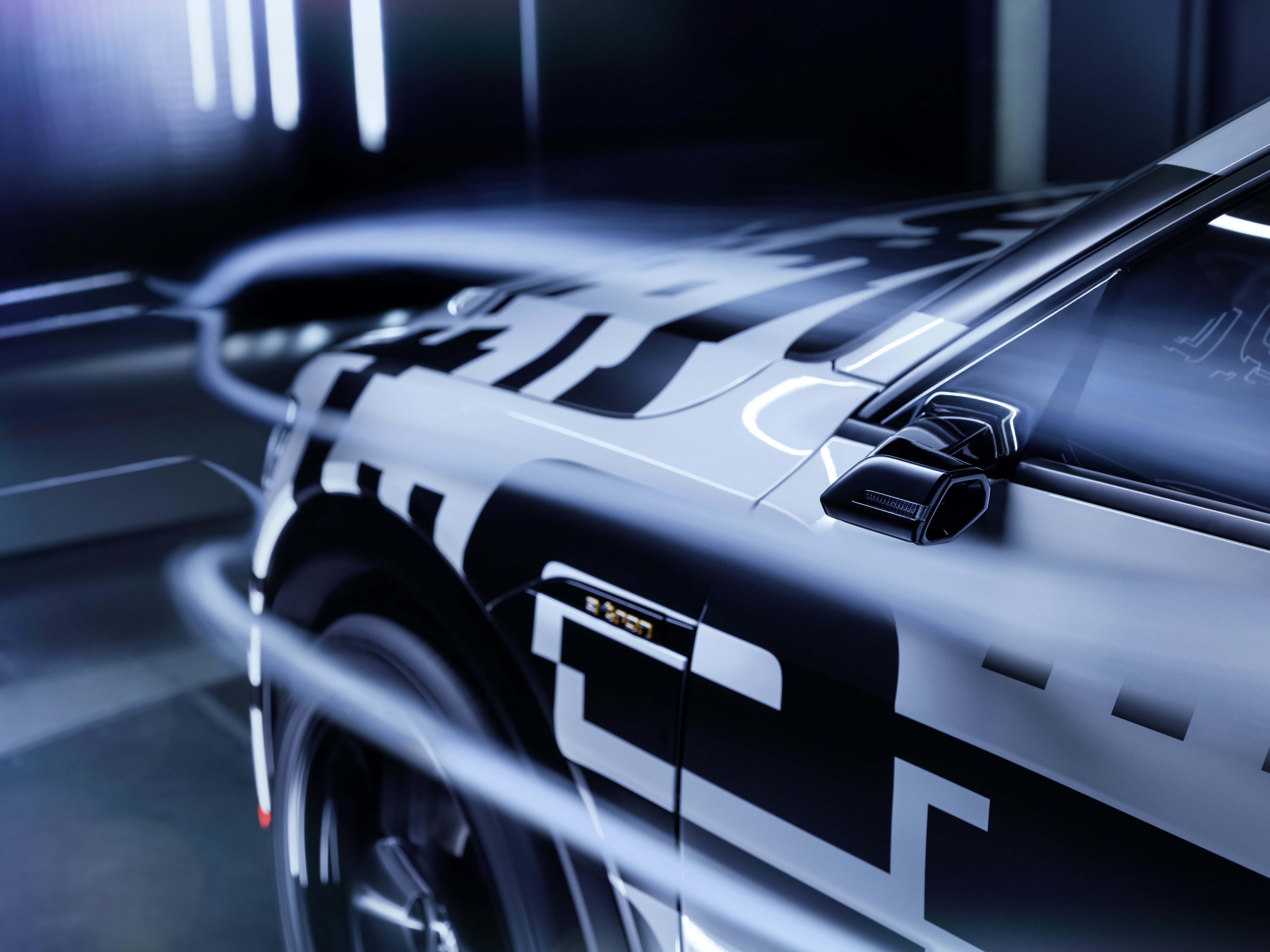