The Acura Type S Concept sets the stage for the return of Type S performance variants and will heavily influence the character of the upcoming, second-generation TLX Type S.

It began with the debut of the second-generation NSX, the Type S Concept sets the stage for re-introducing Type S performance variants to the Acura line-up after a decade hiatus, and will heavily influence the character of the upcoming, second-generation TLX Type S.

The Acura design team set out to express the essence of Precision Crafted Performance through stance and proportion, crafting a silhouette that is powerful and expressive, yet clean and cohesive.

Building on the foundational beauty and style of the Acura Precision Concept, the Type S Concept’s powerful form is characterized by a wide track and low stance, with an expansive hood that stretches forward from the A-pillars. 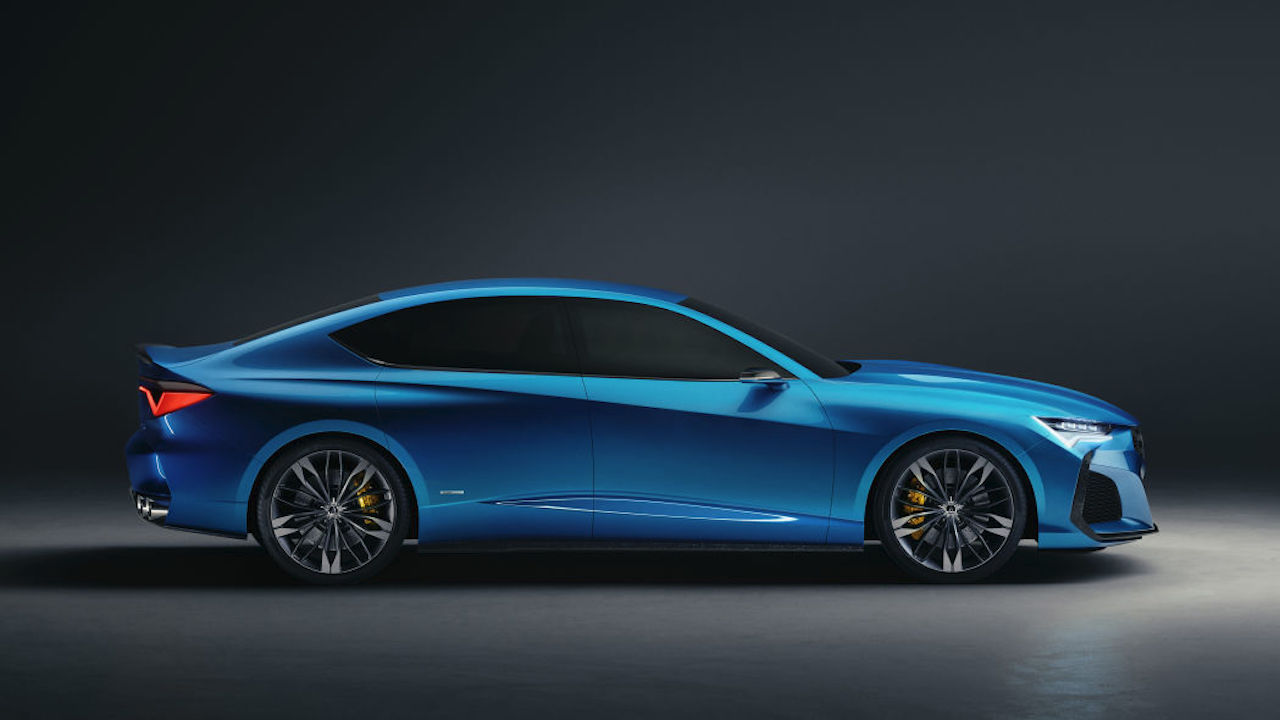 Building off its powerful stance, the Type S Concept’s front fascia reflects both form and function. Large center and side intakes are capable of supplying required airflow to a high-performance engine and brake package, with fascia detailing evolved from the NSX and Acura Precision Concept.

The headlights are underscored, literally, by translucent white “Chicane” LEDs that serve double duty as running lights and turn signals.

The front fascia transitions to a side profile that communicates both power and elegance.

Sheer surfaces and continually shifting angles are balanced by sharp, intersecting lines that create the impression that every surface is changing shape as it flows front to rear.

In addition to the rear decklid spoiler, forged carbon – created by bonding layers of carbon on top of one another to exceed the strength of traditional interwoven carbon – is applied to the front and rear splitters, side sills, rear decklid spoiler and multi-spoke 21-inch wheels.