Acura’s first-ever hybrid SUV, the 2017 MDX Sport Hybrid, will arrive this spring with 30 additional hp and a 45 per cent higher U.S. EPA city fuel economy rating as compared to the conventionally-powered MDX SH-AWD.

The 2017 MDX Sport Hybrid is engineered for customers who desire the ultimate in driving refinement, technological sophistication and prestige in a three-row Acura SUV.

The MDX Sport Hybrid’s Integrated Dynamics System engages with nine different dynamic systems within the vehicle, including its electric motors, throttle, steering, transmission and Active Dampers, to provide the driver with an expanded range of selectable performance characteristics to suit their varied driving needs and desires.

The MDX Sport Hybrid powertrain boasts a total system output of 321 hp and 289 lb/ft of torque, up 31 hp over the non-hybrid MDX, making it the most powerful Acura production SUV ever built.

An advanced seven-speed dual-clutch transmission (7DCT) is standard, a feature in common with the RLX Sport Hybrid SH-AWD sedan and in nine-speed form in the NSX.

Unlike a conventional automatic transmission, the DCT offers ultra-quick gear changes and operates without a torque converter, improving efficiency.

The 7DCT can operate in fully automatic mode, or it can be shifted manually via steering wheel-mounted paddle shifters.

The hybrid powertrain also features several advancements as part of the on-going development of Acura hybrid technology, including improvements in cooling and packaging of the IPU and PCU, as well as increased hybrid battery power density. 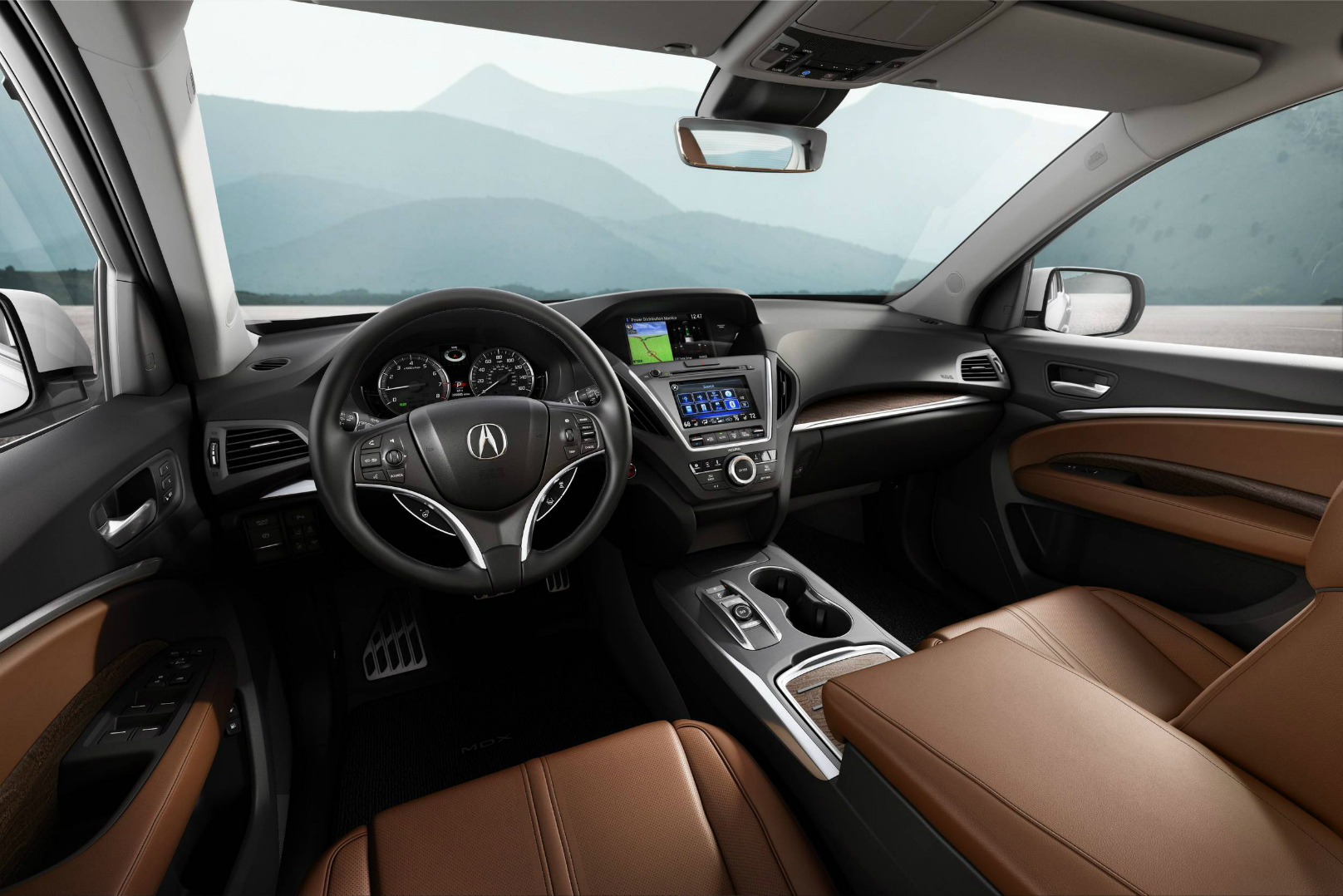