Acura Reveals More About 2023 Integra, Including Engine and Gearboxes

Cars will arrive at dealerships this Spring.

Join the Conversation (0)
If you were hoping that the 2023 Acura Integra would be a stripped-down, stiffened performance special like the 2001 Type-R, you might be in for a disappointment. For everyone else, who recalls the rest of the Integra lineup as being a more luxurious and slightly quicker variant of Honda's Civic platform, we've got much better news. Acura has just announced a host of new Integra details including power, transmission, and even luxury options for the sporty compact.

Acura is fitting the Integra with a 1.5L turbo engine. Nothing revolutionary here, but it will make 200 hp and will produce its 192 lb-ft of max torque from 1,800 through 5,000 rpm, and Acura has fitted a new exhaust system meant to give it a more "emotional" sound to help build driver engagement.

A six-speed stick will be offered, but it will be an option and not the default. Buyers who don't tick that box get a CVT that Acura says is tuned to respond quickly to the throttle and simulate gear changes on acceleration. CVT buyers will miss out on the stick's helical limited-slip differential, but they will get Traffic Jam Assist. We're not sure that's much of a trade. 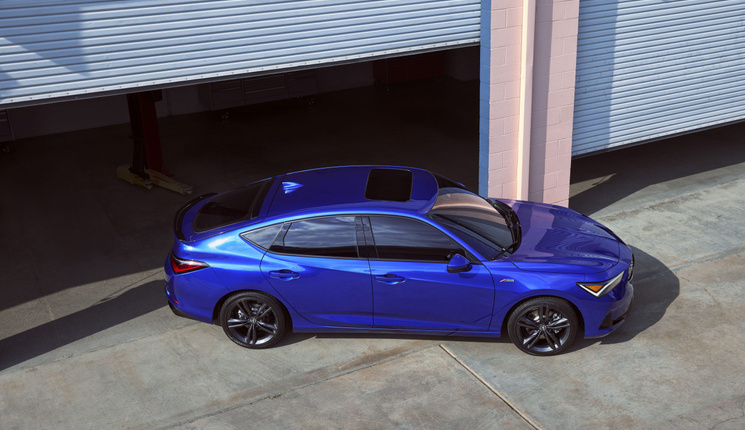 Adaptive dampers will be offered to help balance ride and handling, and the shocks will offer three different modes. Comfort, Normal, and Sport modes will also change the digital gauges, throttle inputs, and steering feel, while A-Spec with Elite package cars will have an in-cabin sound generator that is also tweaked based on drive mode.

We're already familiar with the bodywork of this one, but to recap, the Integra will be offered only as a five-door hatch. It will get a new frameless Acura Diamond Pentagon grille, with JewelEye LED lights, while at the rear there will be large dual exhaust finishers and an upswept tail. 17-inch wheels are standard, with 18-inch versions available.

The cabin features a 10.2-inch digital dash gauge packed with multiple display modes. Apple CarPlay and Android Auto are standard and run on a 7.0-inch touchscreen instead of Acura's usual True Touch Interface trackpad. A larger 9.0-inch screen on A-Spec Elite will add the wireless versions of those phone pairing apps, wireless charging, and a 5.3-inch head-up display. 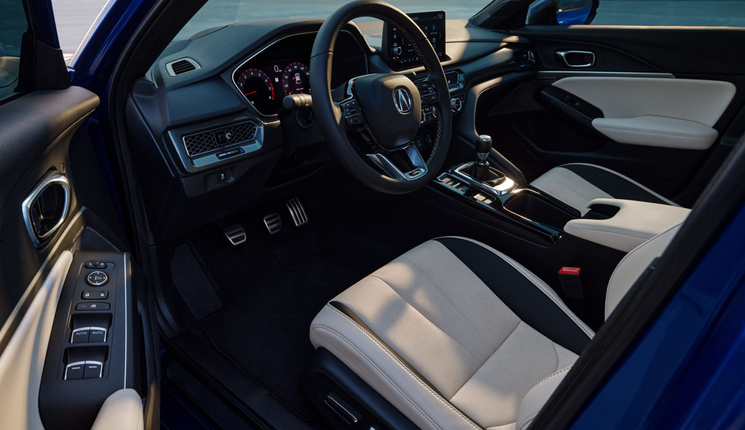 Driver assistance tech will include a new version of AcuraWatch with a new single camera, wider field of view, and longer range. Collision mitigation braking adds pedestrian and cyclist detection. The system will have traffic sign recognition, and Acura says adaptive cruise and lane-keeping will work with more natural feeling responses.

The 2023 Integra will be built at Acura's Ohio plant, alongside the TLX, and the engine will be built at the facility that builds the Type S V6 and the NSX's engines. Pricing is set to start in the mid $30,000s, and cars will arrive at dealers this spring. 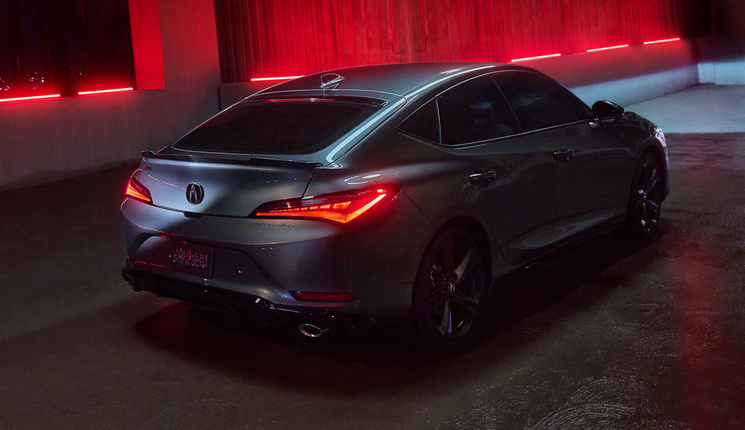