DETROIT — It doesn’t sound like the Acura Precision Concept will ever be built and that’s too bad because it’s a stunning wedge of sculpture.

At the North American International Auto Show media preview days this week, Acura debuted the Precision Concept, a luxury performance sedan, as a way to renew its vows to a questioning flock of followers. The path ahead leads to performance, bold design, and exacting execution.

Judging by the intensely red, sculpted with an exacto knife, concept car, Acura will leave behind a reputation for bland design and half-hearted attempts at luxury.

Brand ID starts at the front end according to Acura, and the Precision’s diamond shape grille is like nothing else on the road. It features a raised diamond pattern over vertical louvers. A piece of art whose second function is to feed air into the engine compartment. Acura described it as a diamond pentagon and said it will be coming to a real Acura vehicle soon. 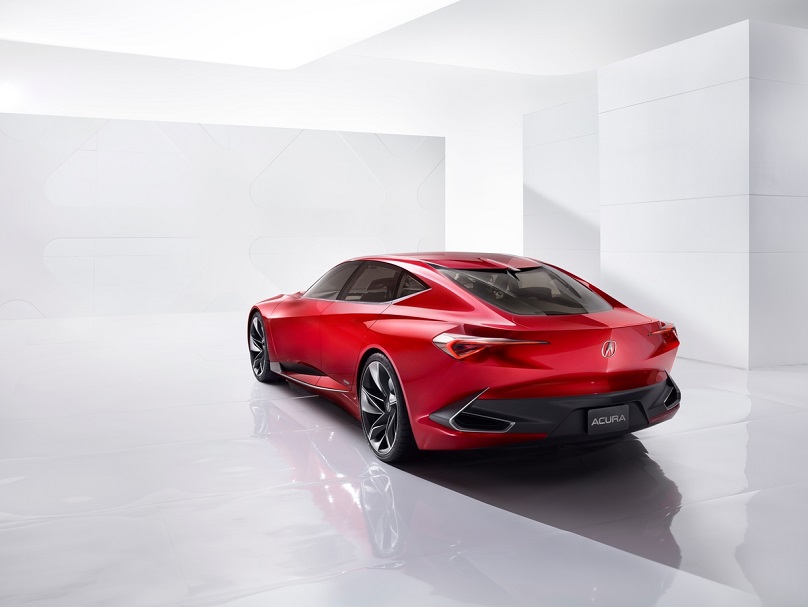 A bunch of other impossible angles razor across the front end and point the way to the slash-shaped headlights, with an overlay design that looks like shattered ice.

While there’s a lot of energized shapes at the front and rear ends of the car, the side view moves away from all the turbulence. Polished smooth as a stone the doors disappear, the 22 inch wheels pop, and the confident lines put a firm grip on a design that could have imploded.

Inside the Precision, a product of Acura’s California Design Studio, the theme is luxury lounge. The seats are ultra thin, and radically contoured, the centre stack is cantilevered to evoke a floating bridge, and though there is a flashy wide screen, key driver info is dedicated to a head’s-up display. Embedded in the guts somewhere is a personal assistant who will organize your life. 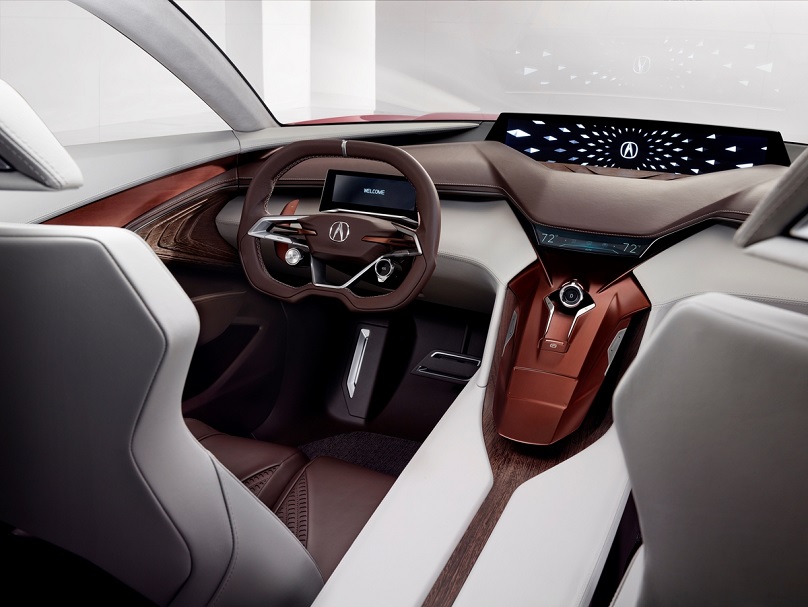 Acura global head of design Dave Marek said inspiration for the Precision came from fashion, architecture and nature. “When you open the door you feel invited in.”

After the formal presentation, Jon Ikeda, GM of Acura, indicated that the Precision Concept is like a touchstone of what future Acura design will look like.

If that’s true, then the brand will surely lure new customers looking for a luxury style that promises to shake it up.

Freelance writer Kathy Renwald is a frequent contributor to Toronto Star Wheels. To reach her, email wheels@thestar.ca and put her name in the subject line.