For General Motors styling boss Bill Mitchell, his rear window was integral to the overall look of the 1963 Corvette

Join the Conversation (0)
The 1963 Sting Ray coupe will forever be remembered as the car that changed the fortunes of the Chevrolet Corvette brand, but not without massive controversy, General Motors infighting and a very prominent and short-lived design feature.

In fact, without the changes made for 1963, it’s quite possible that the Corvette would have died.

Truth be known, “America’s Sports Car,” as it came to be called, wasn’t given much of a chance when it first appeared at General Motors’ 1953 Motorama car show. After all, the men behind it, designer Harley Earl and engineer Ed Cole, had barely six months to convert their newly approved design into an actual running and driving automobile.

Originally to be called the Corvair, it had a fibreglass body attached to a shortened Chevrolet Bel Air frame. Other Chevy parts-bin components included brakes, suspension, steering and two-speed Power-Glide transmission, as well as a 150-horsepower version of the “Blue Flame” inline six-cylinder truck engine.

After initial positive reception for the Corvette, it soon became apparent that the lack of performance along with quality issues with its body were detrimental to sales. In its first three years of production, Corvette sales totalled just 4,640 units, which was a mere trickle compared with the 1955 production of 16,000-plus units of Ford’s then-new two-seat Thunderbird. The Corvette was on the ropes.

The one True Believer in the Corvette and its potential was Zora Arkus-Duntov, a fledgling Chevrolet engineer. Being a former racer and a racing-parts manufacturer, Arkus-Duntov understood the meaning of performance and persuades Chevrolet management to let him install the division’s new 265-cubic-inch V-8. The little Chevy turned into a rip-snorting sports machine and shed its original boulevard cruiser persona. Sales spiked and the Corvette mystique began to grow.

Although the ‘Vette received a modest styling upgrade in 1956, planning for the next-generation car was about to commence, a process that would take more than five years. 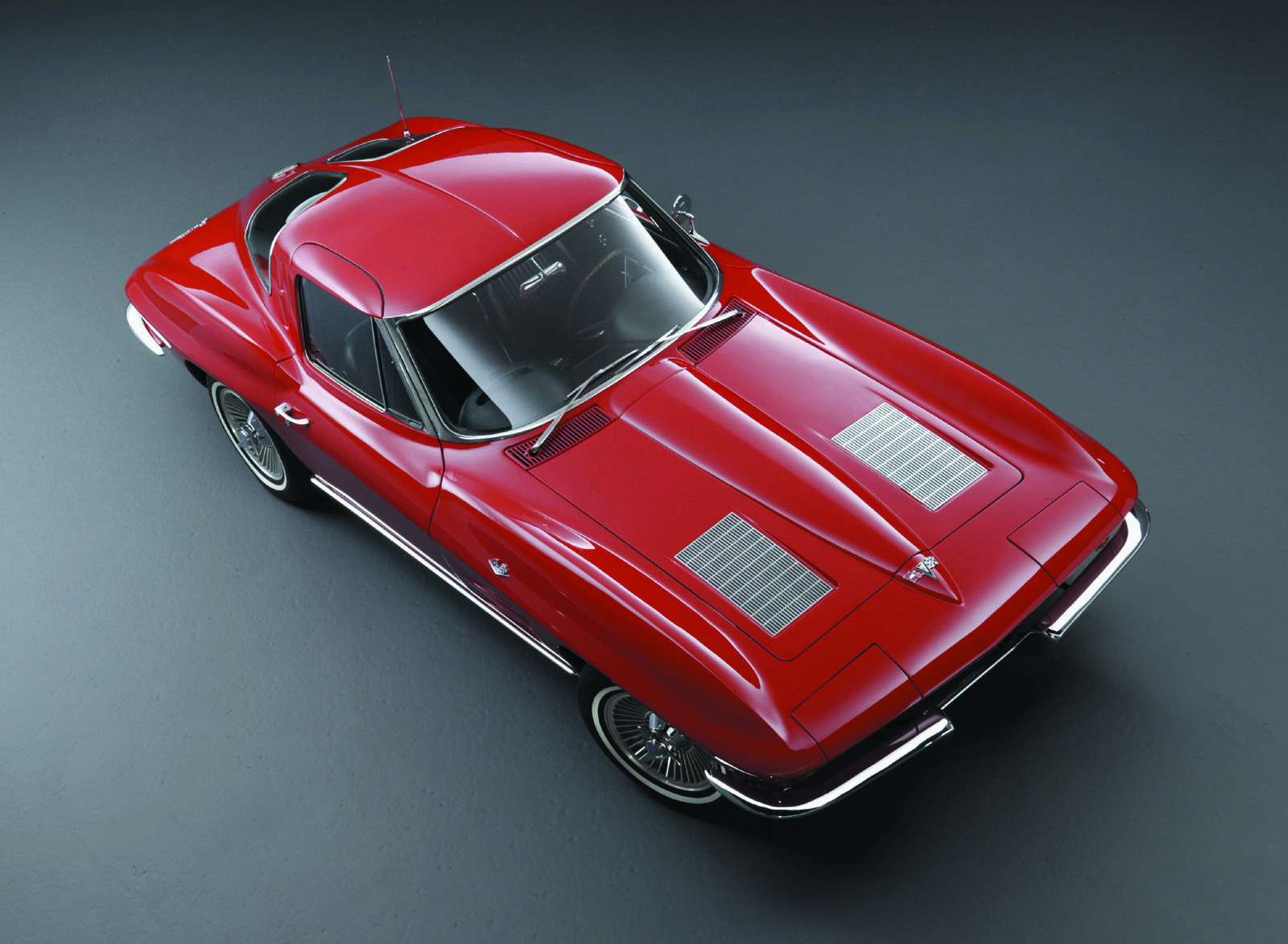 The task of designing the Corvette fell to Bill Mitchell, who had taken over from Earl as Chevrolet’s vice-president of design.

The one recurring theme in Mitchell’s mind was that of a shark. With some experience deep-sea fishing, he had become fascinated with their sleek and powerful shapes. For inspiration, Mitchell even had his group carefully study a recent catch that was mounted to his office wall. Their original 1957 drawings of the new Corvette revealed a shape that was amazingly close to the production version, even if many of the ideas fell by the wayside.

Early designs featured a hardtop roof that could be folded behind the seats much like a convertible top. Other plans called for hidden headlights, a movable steering column and gull-wing-style swing-up doors. However, the Corvette’s shark-themed bulging front-fender lines were considered sacrosanct.

After two years of vehicle development, Mitchell and his team began in 1959 to shape what would become the final version of the next-generation Corvette. Among the stylists was Larry Shinoda, who would later gain fame with Ford as the creator of the high-performance Mustang “Boss” series. By then the decision was made to produce both coupe and convertible versions of the Sting Ray, a name borrowed from an earlier Corvette show car.

The Sting Ray was unique for many reasons, including the complete absence of a trunk. Instead, limited space behind the seats was the only area available for luggage or cargo.

As a final flourish, Mitchell insisted that the rear window glass be divided in two, despite the fact that Arkus-Duntov and others objected contending that the bar through the middle hindered rear vision. Mitchell eventually won the argument, and the “split-window” stayed.

Underneath Sting Ray’s seductive bodywork was a ladder-type frame and independent rear suspension, the first time such a setup had ever been offered on an American-based production car.

The vehicle’s 327-cubic-inch V-8 engine, available in four horsepower ratings from 250 to 360 (the latter being the rare fuel-injected version), carried over from the 1962 model. It was positioned well back of the front wheels, creating nearly equal front-rear weight distribution. Combined with beefier brakes and a leading-edge chassis (one that would be used for nearly 20 years) and suspension, the new Corvette could run circles around the previous model. 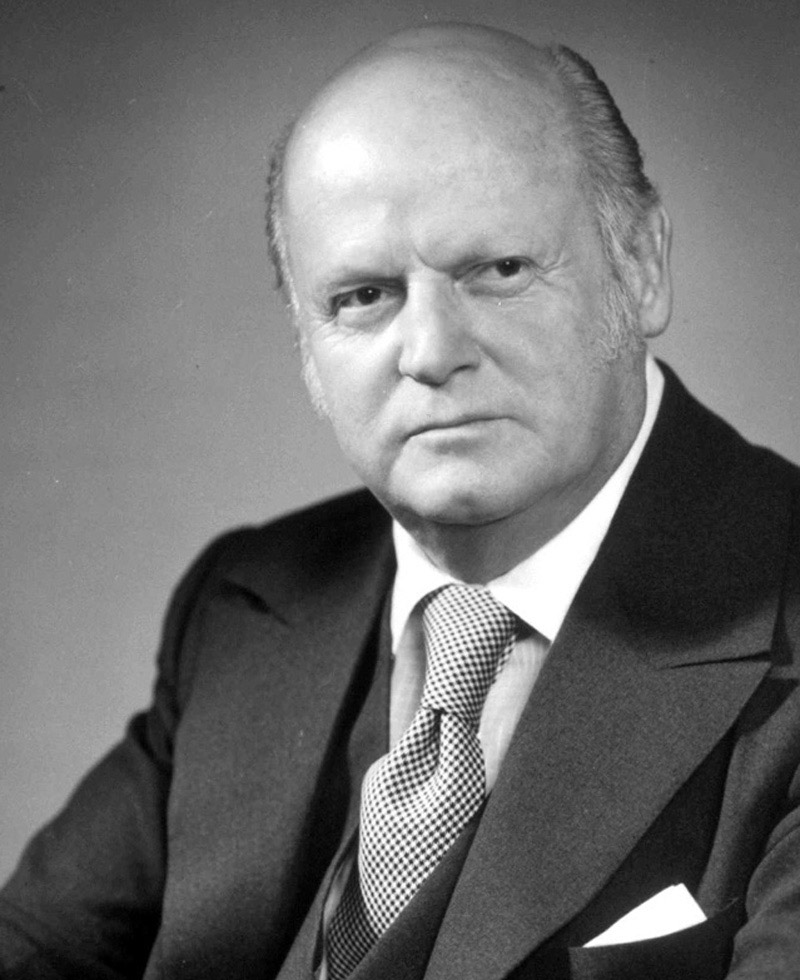 The completely revamped 1963 Sting Ray reached Chevrolet dealer showrooms in the fall of 1962, causing an immediate sensation. By the end of its inaugural season, more than 21,500 had been sold, almost equally split (pun intended) between coupes and convertibles.

The following year, the hardtop’s split rear window was replaced by a one-piece design, a feature that would remain through to the end of the car’s production run in 1967.

In the end, Mitchell fought a losing battle to keep his original windows, claiming that changing it “spoiled the whole car.” But split-window or not, the Sting Ray’s sophisticated looks and awesome power would forever change the public’s perception of the Corvette.