Growing the brands SUV portfolio at a critical time

Seeking to plug a few product holes left by the culling of their sedan line, Chevrolet today announced they’ll be bringing back the Trailblazer name, this time appended to a crossover that will slot between the Trax and Equinox.

That’s a pretty fine slicing of the pie, given that the company already has a raft of crossovers to sell its customers. Note as well this’ll be the first time the models Trailblazer and Blazer will be offered simultaneously. Let’s hope salesfolk at the dealer level are able to articulate differences between the two.

“Trailblazer is a continuation of the design language for Chevy’s crossover family and extends our momentum into one of the industry’s fastest-growing segments,” said Laura Pacey, a brand director at Chevrolet. “The Trailblazer’s great design enables more personalization.”

That personalization may simply extend to dealer installed accessories and a two-tone roof but at least it shows The General is making an effort. The latter will come standard on the RS trim. All Trailblazers are said to come standard with a raft of safety nannies like front pedestrian braking, lane keeping, and automatic emergency braking. The likes of adaptive cruise control and parking assists will be optional. 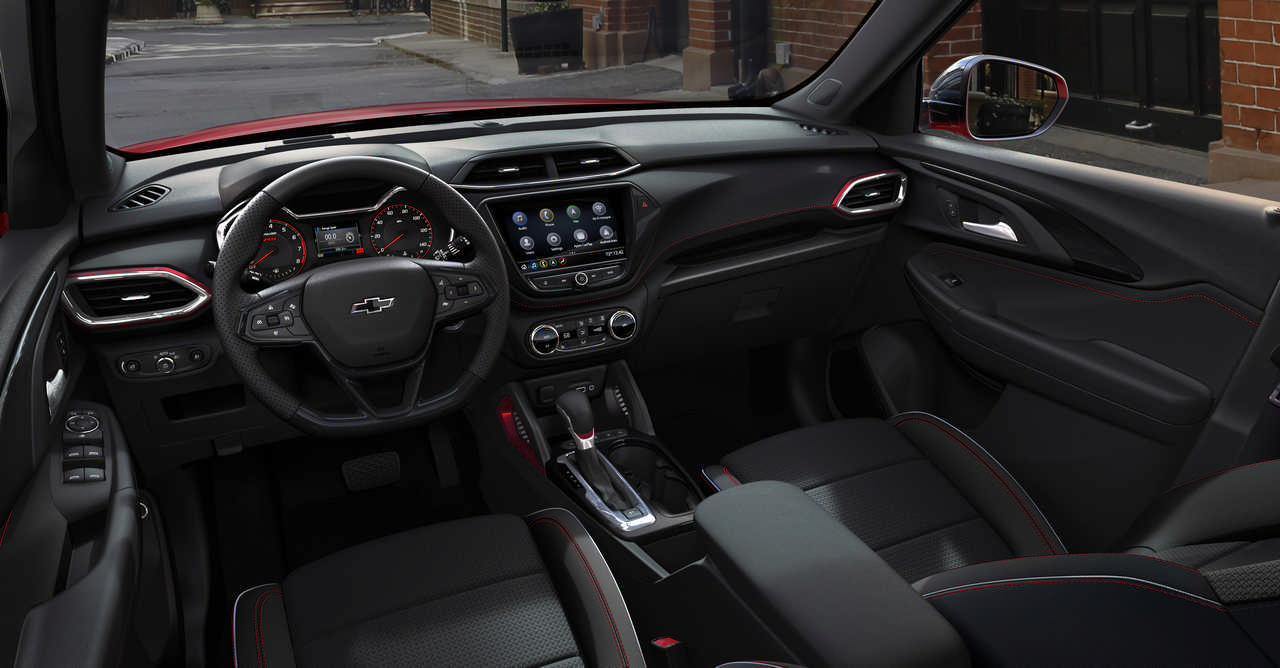 Powertrain details are being kept under wraps for now. Expect all-wheel drive to be an option, along with a turbocharged four cylinder engine of some sort. As for pricing, we’re left to speculate that as well. However, we can make some educated guesses based on its product bookends.

The Trax starts at $20,800 for a front-drive LS and tops out at $32,800 for an all-wheel drive Premier (note: thirty-two thousand bucks for a Trax??). The Equinox kicks things off at $26,700 for a base LS before climbing the ladder to almost forty grand for a diesel-powered Premier trim. Given that knowledge, the Trailblazer will probably start at about $23,000 and claw its way into the mid-thirties.

Having said that, your author is reminded that Chevy decided to price the new two-row Blazer within a couple of hundred dollars of the much larger three-row Traverse. If GM takes the same tack, expecting customers to buy on style rather than space, the Trailblazer could be pricier than our estimate.

Chevrolet has been on a bit of a tear in terms of crossovers and SUVs lately, revamping or replacing the majority of their lineup. What hasn’t been fettled is due for a refresh soon (*ahem Tahoe ahem*). This new Trailblazer, along with the Blazer itself, grows the brands portfolio at a critical time.

Look for the 2021 Trailblazer to join the Chevy lineup early next year.