Toyota is one of the first automakers to introduce a family of safety technologies— better known as Toyota Safety Sense™ (TSS)—that has been built on these advances made during the new millennium.

There has been a rapid rise in technology in the last decade, enabling more people to travel greater distances, making our planet seem much smaller.

Safety features like lane departure alert, radar cruise control and automatic high beams were all introduced but were mainly found as stand-alone options in high-end cars like the Lexus LS.

As technology has become more robust with time, it has trickled down to the mainstream models, bringing with it a level of safety that was unheard of just 10 years ago.

Toyota is one of the first automakers to introduce a family of safety technologies— better known as Toyota Safety Sense™ (TSS)—that has been built on these advances made during the new millennium.

Though separate in their own right, these systems work together seamlessly.

Available across the model range, TSS comes in two packages – TSS-C and TSS-P – but both work in much the same way.

There are four main components of Safety Sense:

A Century of Automobile Safety – The 2000s

The ability to detect a collision might have seemed like science fiction, but that’s exactly what Pre-Collision can do.

Today, Pre-Collision System uses a laser radar system and camera to determine if you’re approaching a vehicle too quickly and a collision might be imminent. It acts quickly by first signaling the driver with visual and audible alerts and may even automatically apply the brakes in order to mitigate damage from a collision.

A study conducted by the NHTSA suggests around one third of all reported collisions involve a rear-end collision. The auto-braking function of Toyota’s Pre-Collision System would help reduce the possibility of a collision with the vehicle in front or at the very least reduce the impact by slowing your vehicle down.

TSS-P equipped cars use millimeter-wave radar that can detect pedestrians, further extending the scope of detection made possible by Pre-Collision.

A pre-cursor to this was introduced back in 2009 on the Toyota Crown where it could use its Night View night-vision system to highlight pedestrians on a display in the car. 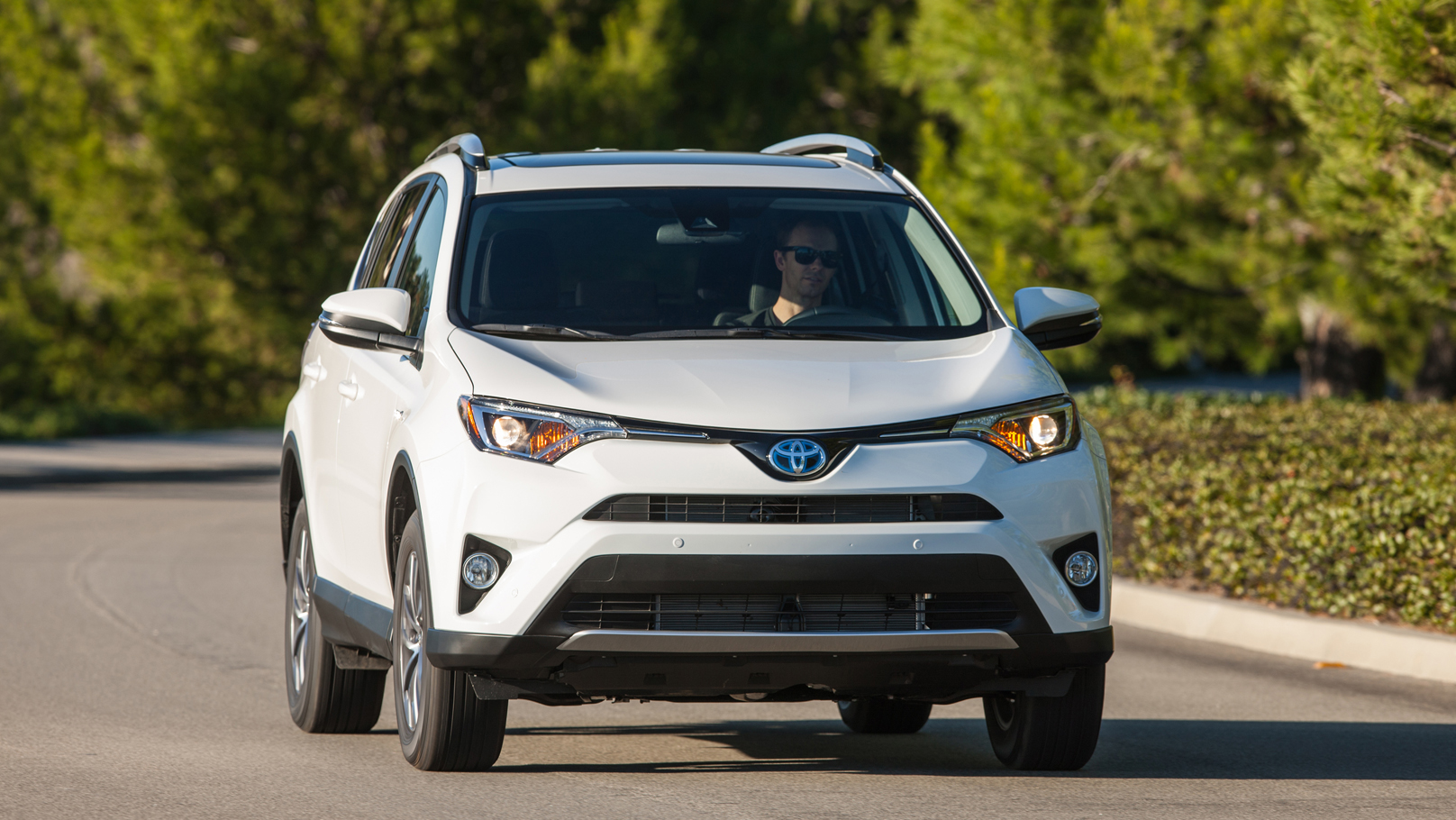 Canadians might have first seen a version of this system on the Lexus GS in 2004 as “lane keeping assist”.

Today, using the single-lens camera, a Toyota Safety Sense equipped vehicle can detect the white and yellow lines on the road. If the car deviates from its lane without first activating a turn signal, the driver is warned through visual and audio alerts. If you vehicle is equipped with electic power steering, the system can even intervene with steering input to help get the vehicle back on its intended path.

Introduced on the Venza and Lexus RX in 2009, the automatic high beam function uses the single-lens camera to detect headlights of approaching cars and the tail lights of the cars in front. Using this data it can automatically switch off the high beams and avoid blinding other drivers.

The IIHS found that only 18 % of drivers in a study used their high-beams when it was necessary, and that didn’t change much on rural roads.

Whether it was because they thought the low beams were bright enough, they forgot to switch them on, or just plain politeness, the rate was low enough to be a problem.

Automatic high beams are great for taking that responsibility away the driver, and helping them focus on the road.

The Lexus LS430, introduced in Canada in 2000 gave North America its first taste of radar guided cruise control with its Dynamic Laser Cruise Control System—working on a similar principal to today’s version.

Using its millimeter wave radar, TSS-P equipped models can maintain a pre-set distance from the car in front when cruise control is activated between 40 and 160 km/h. On certain models this system can even work in traffic at speeds below 40 km/h and in conjunction with the Lane Departure System and pre-collision, the vehicle can operate in a relative safety blanket—helping keep its occupants and even those outside the vehicle safer. 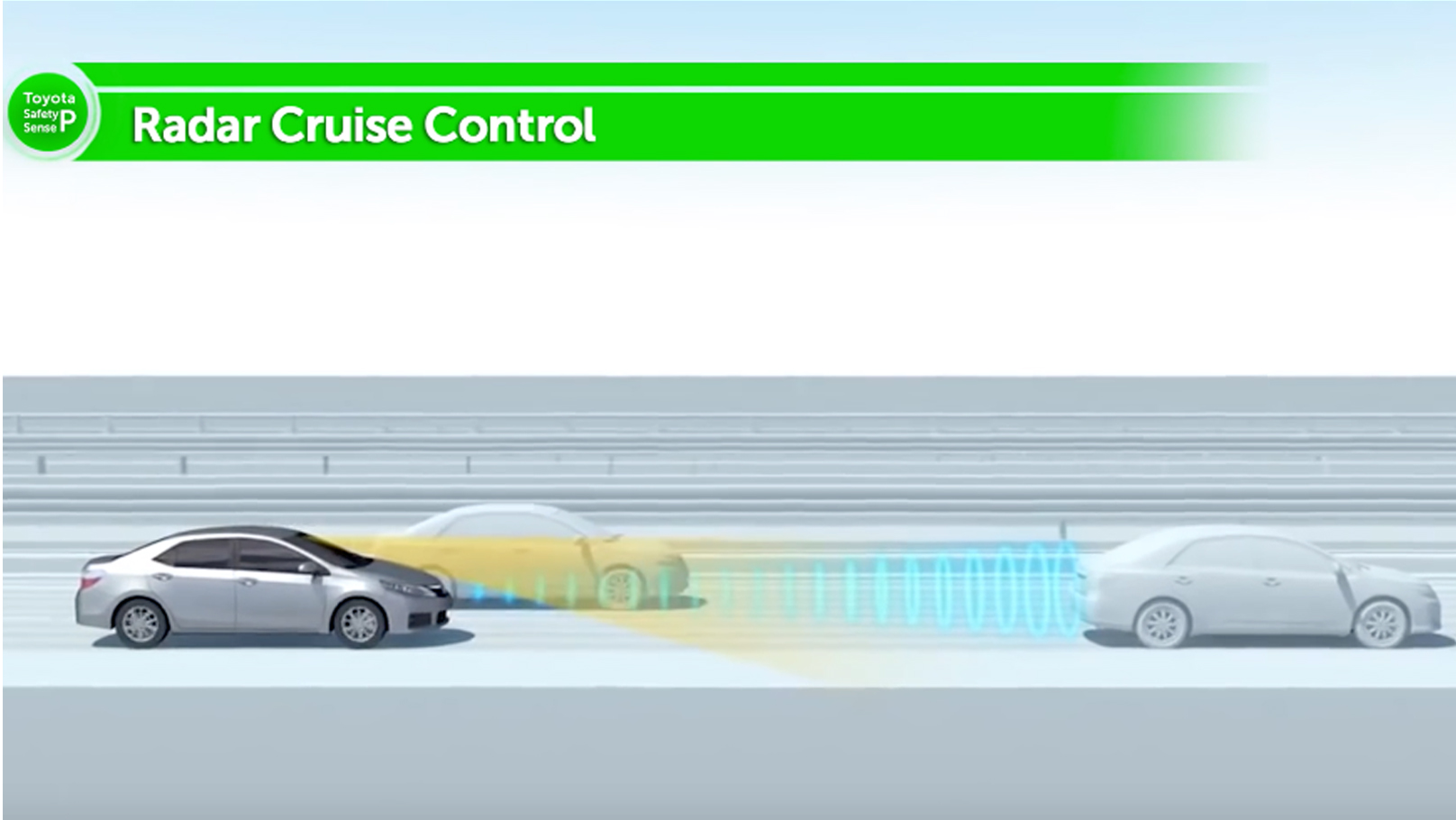 The future of auto safety and mobility is bright. Vehicles that are equipped with advanced systems like Toyota Safety Sense do not take the control away from the driver—rather the control is augmented in similar fashion to torque-vectoring AWD systems found on performance vehicles.

Whether driving on highways, rural roads or inner city roads, traffic can be unpredictable.  Having a vehicle that actually works with the driver—helping keep them more alert—and, in some cases, helping them avoid an unfortunate situation is now a reality.

The automobile has been a crucial part of our technological success over the last 100 years. Evolving from slow-moving horse drawn carriages—vehicles today are fast, connected, have engines that can be powered by electrons or fossil fuels, are capable of driving themselves and have achieved a level of occupant safety that was a dream just 20 years ago.

Join Wheels.ca as we take a journey through the last century and explore the evolution of automobile safety from its infancy to thoroughly modern systems like those found on Toyota Safety Sense equipped vehicles. No longer reserved for high-end cars this comprehensive suite of safety technology is designed to protect drivers and pedestrians alike, helping to make our roads safer for travel.