THE Ultra 94 Porsche GT3 Cup Challenge Canada by Yokohama is in its sixth season and features semi-professional drivers and aspiring young professional drivers. It is made up of 12 rounds over 6 race weekends, with 2 races per weekend.

The race today marks the start of the second half of the season which kicked off in May at Canadian Tire Motorsport Park near Bowmanville, Ontario. From there they raced at the Circuit Gilles Villeneuve in Montreal, Quebec during the Canadian Grand Prix weekend, and they were at Watkins Glen International in New York state two weeks ago.

The series features the iconic Porsche 911 as well as the new Porsche Cayman GT4 Clubsport. It is sanctioned by IMSA, the International Motor Sports Association, and is one of 20 Porsche single-make racing series held around the world. It is divided into three classes – Platinum Cup made up of the current generation Porsche 911; Gold Cup which uses previous generation 2010-2013 Porsche 911’s ; and Silver Cup which features the new Porsche Cayman GT4 Clubsport. Each class is awarded its own podium celebration at the end of the race. Round 7 takes place at 6:05 p.m. on Saturday and round 8 takes place at 12:40 p.m. on Sunday.

We had the opportunity to speak to team mates Zach Robichon and Marco Cirone, who are currently 3rd and 4th respectively in the Platinum Cup standings. Zach (No. 78 car), from Ottawa, started out racing in go-karts and was named Quebec’s karting rookie of the year in 2008. He also won the Hinchtown.com Canadian Karting Shootout 2011 (that’s Hinchtown as in James Hinchcliffe, hometown IndyCar fan-favorite). 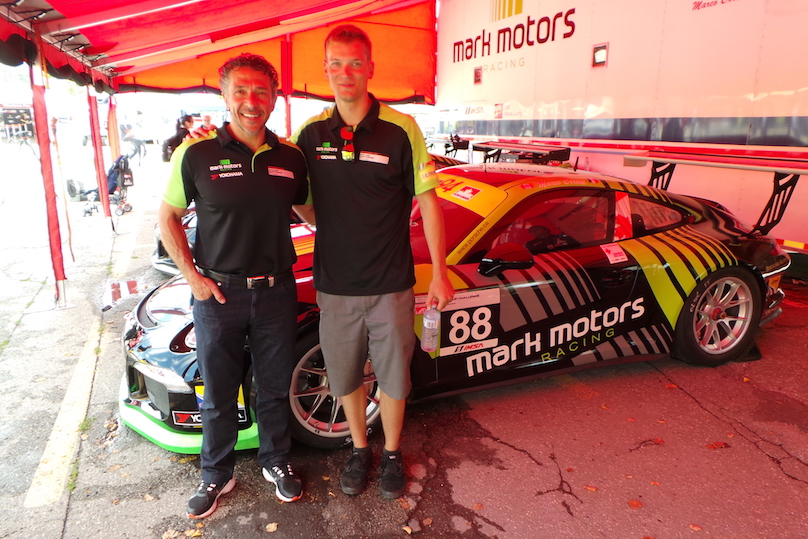 Marco (No. 88 car) lives in Toronto but was born in Rome, Italy. He was the 2013 Platinum Cup Master Class Champion and had back to back Platinum Masters Championships in 2014 and 2015.

We asked Marco what it is like to drive a road going 911 GT3 versus the race version, and he responded as though he had been waiting a lifetime to be asked that question. “I’ve been fortunate to drive many GT3’s on the road and I’ve owned a few of them as well so I’ve got the perfect line for this if anybody ever asked me. The GT3 street car is a race car with a tuxedo on, that’s the best way I can describe it. You take it out of the showroom and immediately it sounds like a race car, it feels like a race car, and it is very similar to the race car, but it has all of the luxury features or a road car.” The cars on the track this weekend don’t have any of those luxury features and are purpose built to go as fast as possible, legally, down the streets of Toronto. 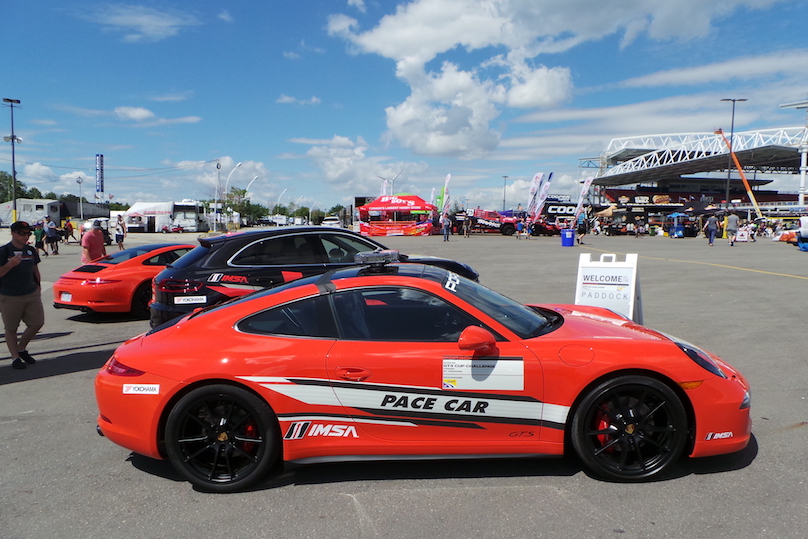 Scott Hargrove from Surrey, B.C., and Toronto driver Daniel Morad are currently 1st and 2nd respectively in the Platinum Cup driver’s standings. At the conclusion of this weekend the teams and drivers are off to race weekends in Trois-Rivières, Quebec in August and they finish up back at Canadian Tire Motorsport Park in September. 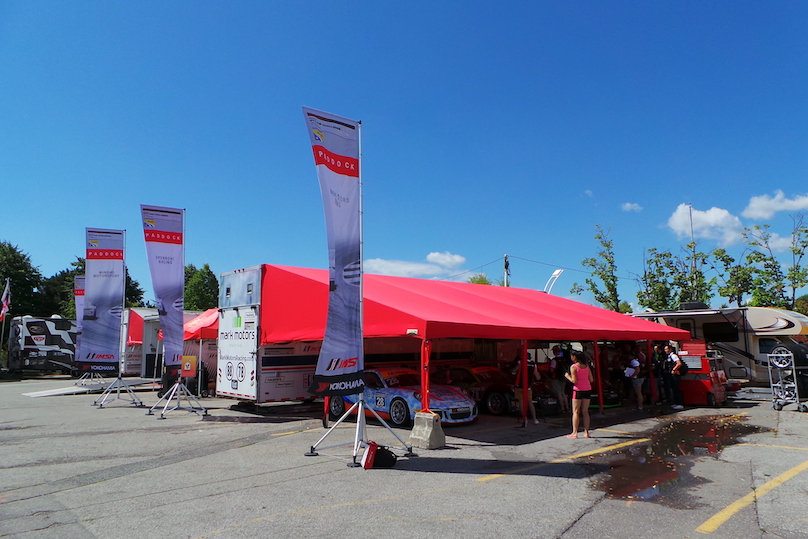 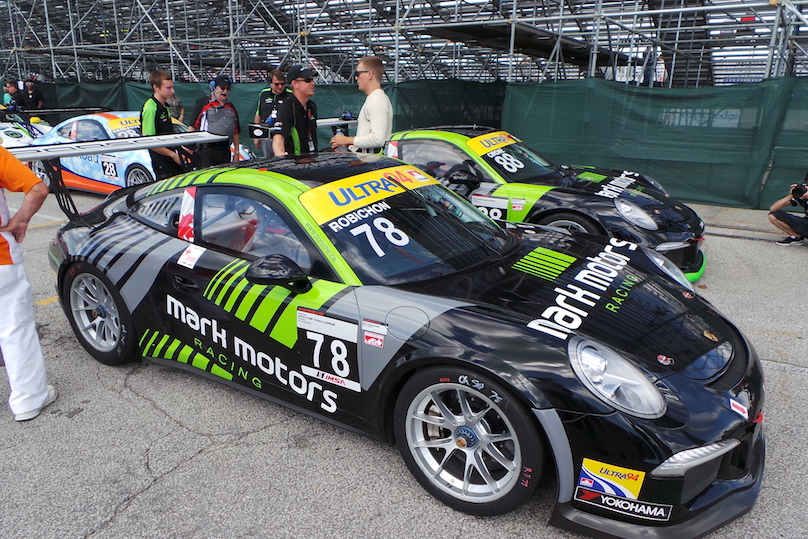 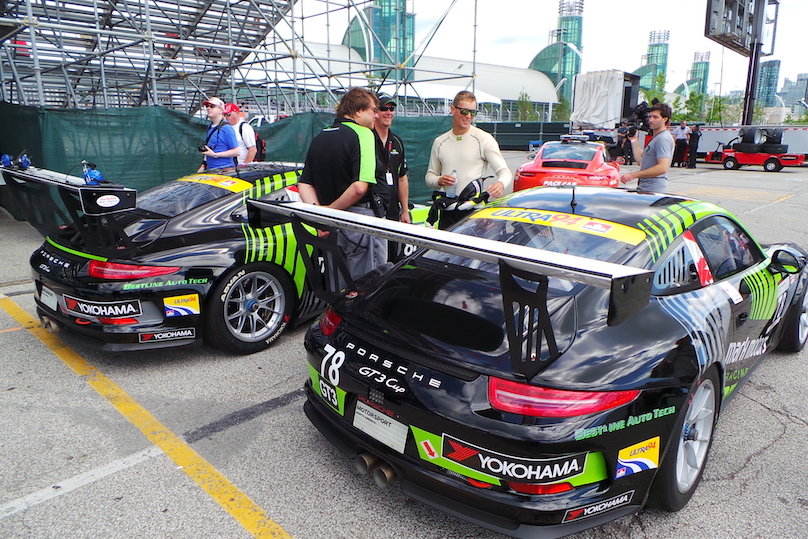