The Durango Pursuit was built to defend a class championship at the 2019 One Lap of America, which started last weekend.

SRT engineers have put the 792 hp supercharged V8 from the Challenger Hellcat Redeye into a Durango and that is all the proof you need that the folks at FCA are having the most fun in the business right now. If, somehow, that’s not enough, they’re taking it on a week of track days.

Ever since the Charger and Challenger Hellcats arrived just a few years ago, packing an absolutely astonishing 707 hp, the folks at SRT have been doing their best to spread that engine around, and make it even more powerful. This year’s hotness is the Hellcat Redeye. 797 hp from that 6.2L supercharged Hemi V8.

That makes that engine the perfect choice to put in some sort of monster Durango. The result is this truck, the Dodge Durango SRT Pursuit concept.

The Durango Pursuit was built to defend a class championship at the 2019 One Lap of America, which started last weekend. One Lap is a week-long challenge that sees racers drive from track to track in a lap of the USA. Seven days, eight venues, 18 performance events. And unlike most events, these ones are separated by a total drive route of 5,438 km. It’s a strain on any vehicle, not to mention the drivers sharing wheel duty.

The truck, which the team is calling Speed Trap, was heavily modified for the event. That 797 hp V8 puts power through all four wheels and an eight-speed automatic. The Durango’s been dropped by 0.6-inches on concept springs from Mopar. That lower height helps maximise grip from the 305/35ZR20 tires that were borrowed from the Hellcat Widebody. Brembo brakes come from a similar source and help stop this big weight and big power ute.

Helping trim a few kilos at the scales, the second and third rows of seating have been removed. Though that’s probably cancelled out by the four-point roll bar that’s been fitted to help keep it safe on the track.

In a nod to the hours-long transit stages, the truck keeps the Durango SRT’s heated and cooled front seats.

What’s it competing against in the event? Well, in the truck class, it’s up against a standard Durango SRT driven by a trio of Canadians, as well as a 2018 Jeep Grand Cherokee Trackhawk. Battling for top spot overall are a McLaren 720S, Nissan GTR, Audi TT RS, and a host of every flavour of 911 GT. Oh, and they’re not the only factory team. Toyota is, once again, entering with a slightly modified Camry. Our money’s on SRT. 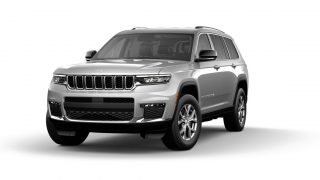 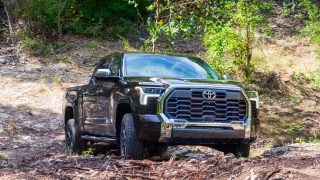 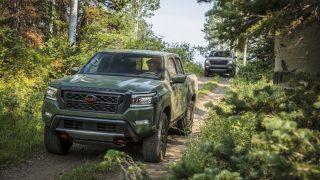 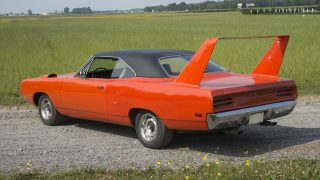 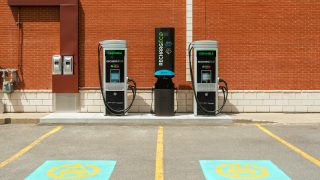