Before his death, Paul Walker was known for having a car collection that may well have been more impressive than the collection that co-stared with him in the Fast and the Furious franchise. Including his possibly cornering the market on BMW M3 Lightweights. Now that collection is up for sale. Or at least part of it is. 21 vehicles from Walker’s own collection are going up for sale at Barrett-Jackson Scottsdale in January.

The highlight of this collection is seven BMW M3s. That’s a pair of the seminal E30 M3, but also five E36 M3 Lightweights. Those are special M3s built with a bigger front splitter and massive rear wing. Less noticable changes on them include thinner, lighter aluminum door skins, less sound deadening, and more than 200 lbs in weight savings. Plus all were decked out in Alpine White paint with most getting a BMW Motorsport chequered flag livery. Powered by a 3.0L straight-six, only 125 of these cars were built and this, Barrett-Jackson says, is the most ever sold at a single sale. Though one of these five has a factory wing and sticker delete.

Of course there’s more to the collection than just the BMWs, and while you might expect mostly modern vehicles, there are some muscle cars too. Because what do you pair with a Nissan R32 Skyline race car? A 1963 Chevrolet Nova wagon, of course. Also very notable is a 2013 Ford Mustang Boss 302S. The Boss 302S was a turn-key racer that Ford put together for track use. This one’s said to be unraced. Which is a bit of a shame considering the 440 hp 5.0L V8 and the factory-installed six-point roll bar, Recaro racing seat, adjustable suspension, and the Brembo race-ready brakes. A car that came from the factory with a warning that you should “regularly nut and bolt” it. That is, making sure that nothing has come loose with wheel to wheel racing use. That one was limited to just 50 produced.

It’s not all fancy cars, there are some more pedestrian vehicles too. Like a 2003 Ford F-250 a GMC Sierra, and a Toyota Tundra. You can’t drive an M3 Lightweight every day, after all (why not? -Ed.) There are also some motorcycles including a Harley and another BMW.

The one screen-used car is a 2009 Nissan 370Z that appeared in Fast Five. Not one of the best-known of the series, but still a genuine FatF series movie car. 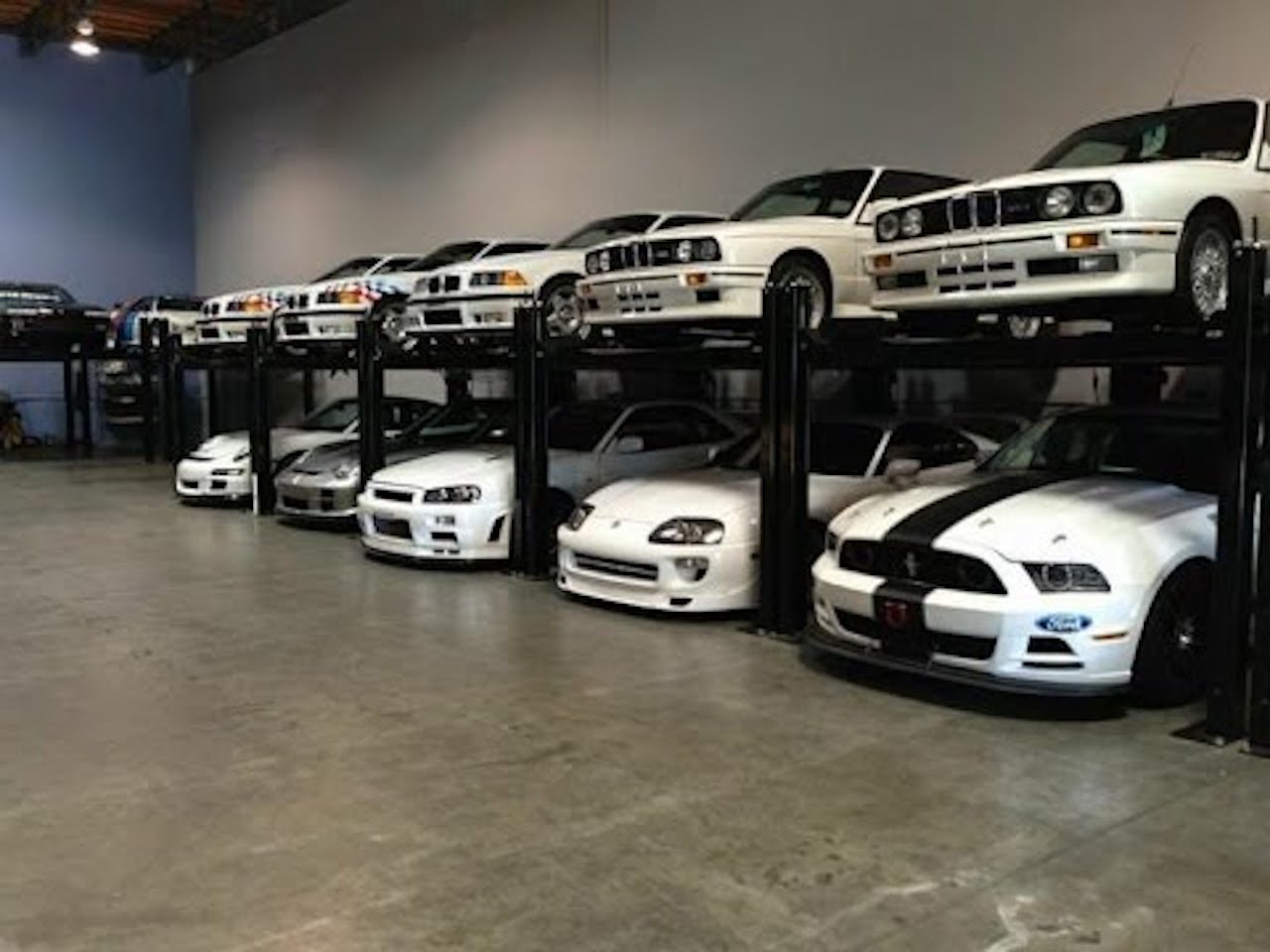 Here’s the complete list, if you’re thinking of bidding.