Join the Conversation (0)
It's been well over a decade since Toyota's three-row Sequoia was all new. That changes now, with Toyota's reveal of the 2023 Sequoia, a full-size SUV with standard hybrid power along with more capability, luxury, and tech designed to help you use all of it.

Sequoia starts with an all-new frame. Sharing its architecture with the Tundra pickup, the 2023 Sequoia uses clever laser welding that lets Toyota make certain parts of the frame thicker and others thinner, improving overall strength and cutting weight. This new frame helps Toyota give the new Sequoia a tow rating of up to 9,000 lbs, 22 per cent more than the outgoing model and putting it firmly among the class leaders in that measure. 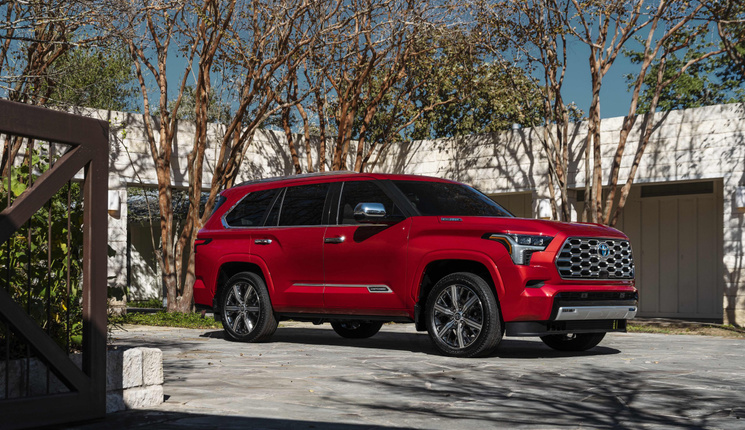 Also helping the Sequoia tow is the all-new i-Force Max powertrain. While the Tundra offers the i-Force Max as an option, it's standard here, with a 3.5-litre twin-turbo V6 and a motor-generator between that engine and the 10-speed automatic. The result is 437 hp and 583 lb-ft of torque, with heaps of torque offered from low RPM. No fuel economy estimates yet, but Toyota calls it a "huge improvement" over the outgoing Sequoia.

Adaptive suspension is on Sequoia's options list for ride comfort, while there is also an available load-levelling rear air suspension. Drive modes for the variable suspension include Comfort, Sport, Sport S+, and Custom, all of which change damping and engine behaviour. 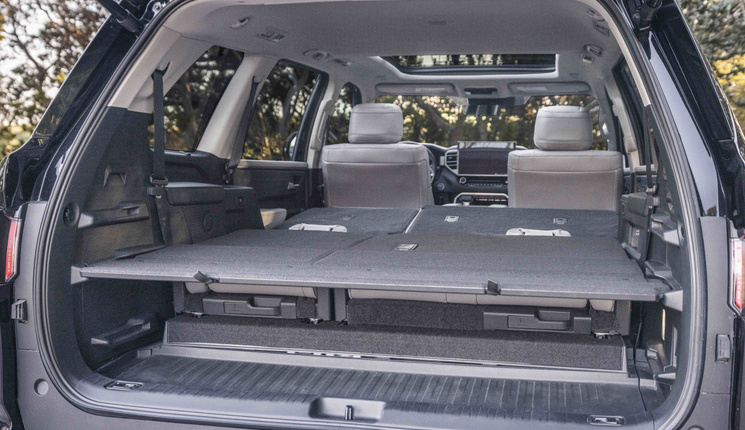 The three-row's cabin features a bench or captain's chairs in the second row, depending on trim. The third row has a power-fold option, it also comes with 150 mm of fore and aft sliding as standard. The sliding combines with a new adjustable cargo shelf to help owners store their cargo both human and otherwise.

Toyota's latest infotainment system will come in all new Sequoias. Wireless Android Auto and Apple CarPlay, "Hey Toyota" natural speech commands, and Google POI data, are included, all on an 8.0-inch or 14.0-inch screen. Other tech includes the optional trailer backup guide and straight path assist, along with a wide range of camera options, with power-retracting tow mirrors also on the list. 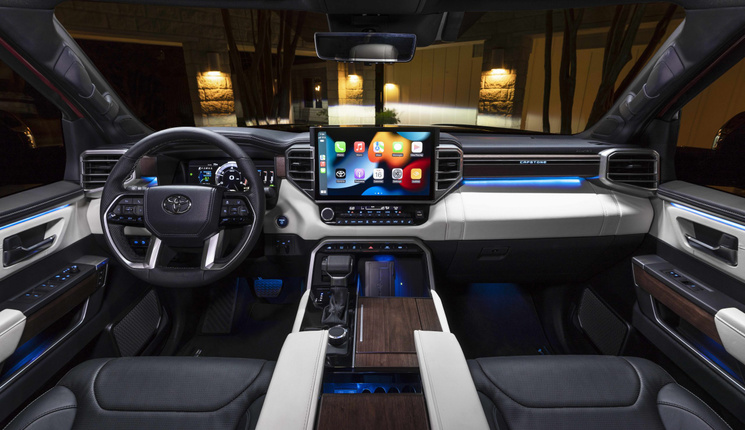 Toyota Safety Sense 2.5 is standard, giving the 2023 Sequoia a variety of collision detection systems including pedestrian and cyclist spotting. It also has auto high beams and radar cruise control with steering assist and lane tracing. They're not part of TSS, but blind spot monitoring, rear cross traffic alerts, and parking sensors are included.

The 2023 Toyota Sequoia is set to arrive in the summer in five trims. An all-new TRD Off Road with bits like a locking differential and Bilstein dampers is the base model, with Limited a more luxurious step-up, and Platinum adding goodies like ventilated front and second-row seats. TRD Pro gets a roof rack, skid plate, and Fox shocks, but Capstone is the new top trim. This has 22-inch wheels, special two-tone semi-aniline leather seats, and acoustic glass, among other ways to coddle the driver. 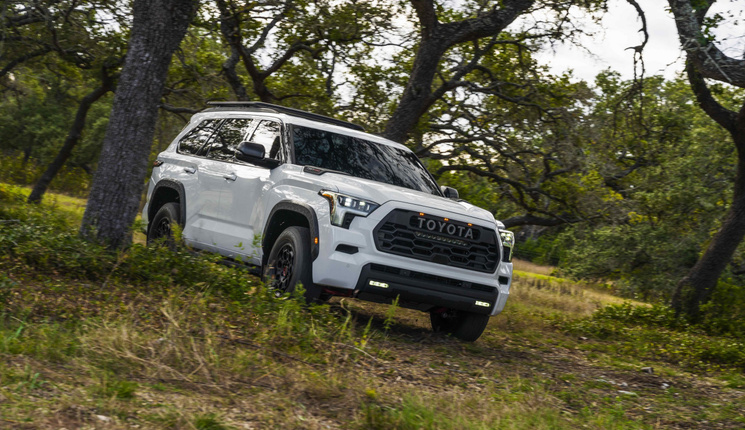