The close-ratio 6-speed manual will set it apart from the Toyota Supra.

Zed is not dead. Nissan has just revealed the 2023 Z car, the newest in a line of sports cars that was launched more than 50 years ago. The latest, the first to not get a number as part of its name, will offer a 400 hp V6 and styling that looks just like the concept car Nissan showed off last year.

“Z is the pure expression of Thrill. It is Nissan’s passion wrapped up on four wheels,” said Nissan COO Ashwani Gupta. 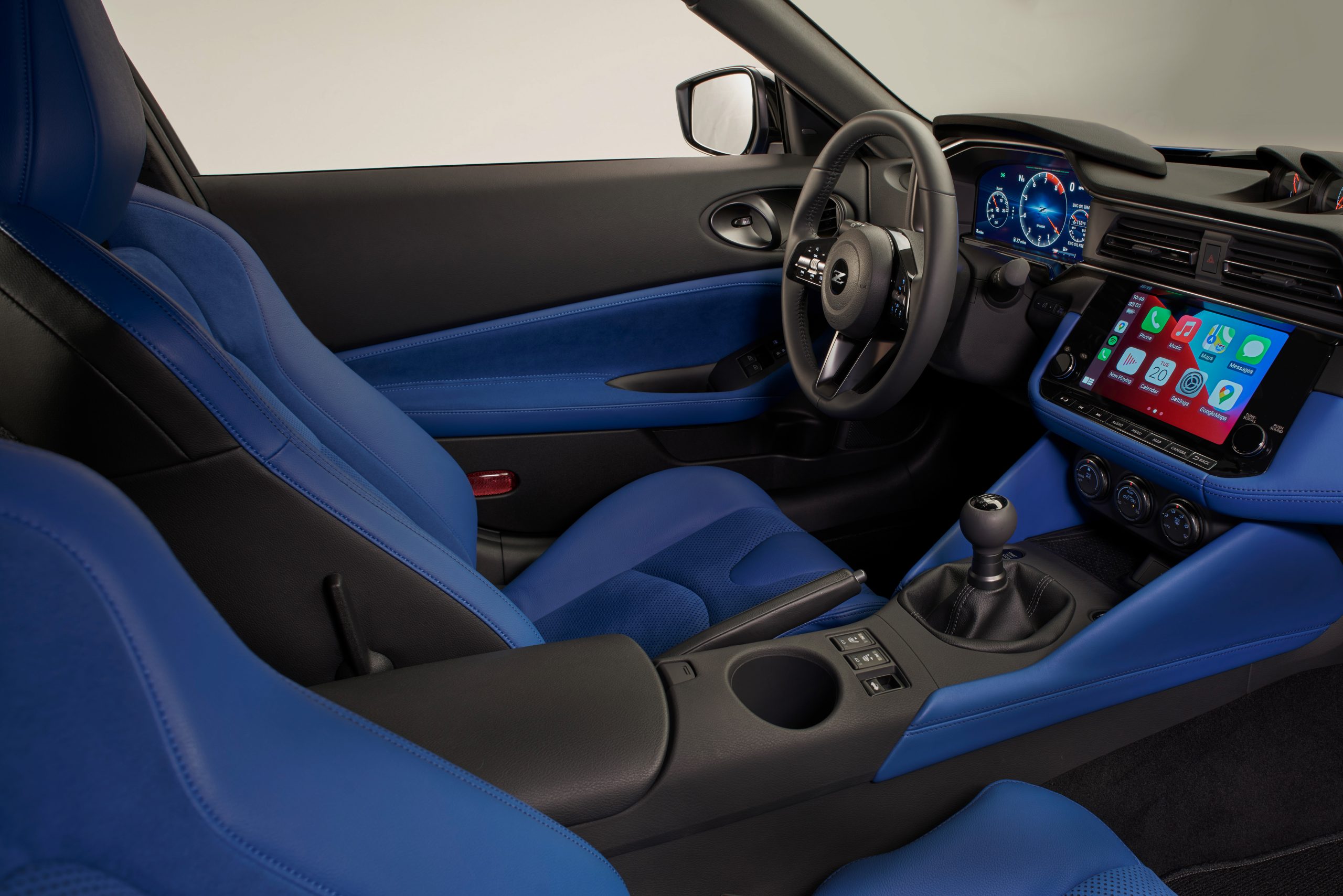 It’s not a completely new chassis, but Nissan engineers have heavily revised the bones. A more rigid structure lets the monotube dampers do their work, and the double-wishbone front end has new geometry. A strut-tower brace is also standard, with wider front tires taking advantage of all of the changes.

The styling is clearly a throwback to the original Zed cars, especially from the side where the roofline drops to a squared tail and the original Z’s posture. The LED taillights remind us of the 1990-1996 300ZX, while LED headlights and front fenders look like the original Z.

Inside, Nissan took advice from racing drivers like Super GT500 driver Tsugio Matsuda to give the Z a sports car cabin. It still has three analogue gauges on the dash like the previous generations, but all of the important info is on the configurable 12.3-inch digital dash. The seats use lessons from the GT-R to make them fit and hold driver and passenger better, with more suede used to hold the driver in place.

Nissan will offer Sport and Performance trim Z cars in Canada for 2023. Both can be had with the six-speed or the nine-speed, and include the usual driver assistance features. Performance adds Bose audio, a mechanical limited-slip rear, 19-inch Rays wheels with Bridgestone performance tires, and Nissan Sport brakes as well as a special muffler. A Proto Spec limited edition will also be offered with bronze wheels, yellow calipers, and special suede trim. 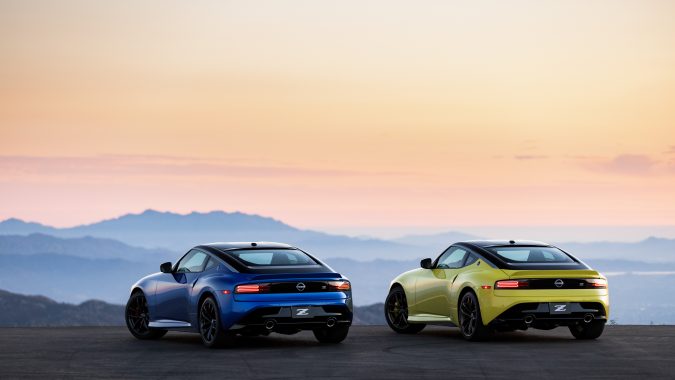 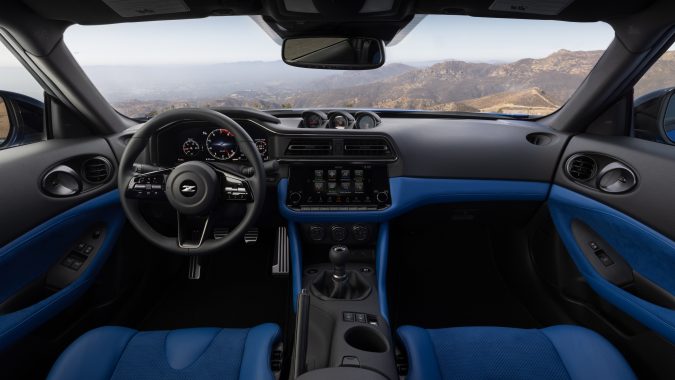