2023 Hyundai Palisade gets renewed with fresh styling and improved tech

If you liked the bold front end of the previous version, don’t fret; while the new vehicle may feature slightly more rounded edges, the grille is even more aggressive than previous, especially considering that it extends down into the front splitter, for a bit of a dual-tiered look. The headlights continue to sit down either side of the grille crowned by LED DRLs as before, but they now flow more cleanly into the grille than they used to. The result is a front fascia that looks more “as one”, and makes it more luxurious and modern as a result. 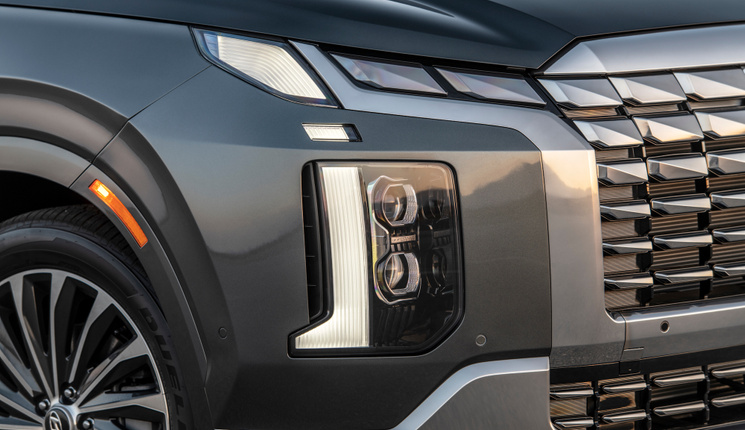 If you’re after even more styling, however, there’s also the Palisade Urban model which adds special 20-inch wheels, darkened front grille, front and rear skid plates and black roof rails. It’s a tougher take on the Palisade package and even though it’s called the Urban, it seems better aimed at more outdoorsy types out there. There’s also an all-new Robust Emerald exterior colour and non-Urban models get new 20s as well.


‘Round back, the differences aren’t quite as marked; the taillight lenses are similar to what was seen before, although they’ve added some creases to the tailgate that make for a more muscular look. 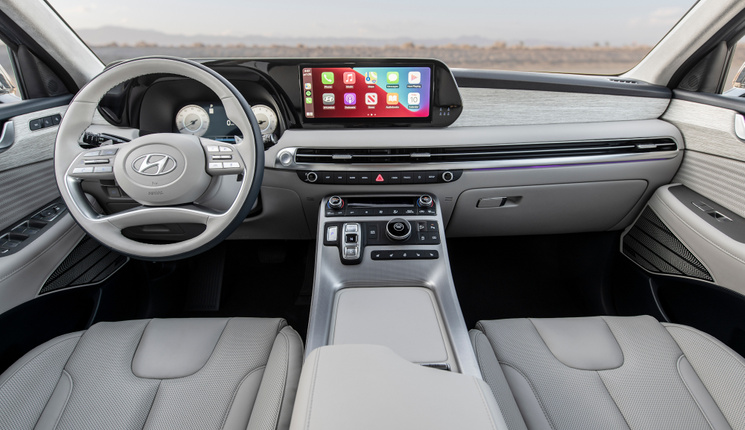 Inside is where we find the biggest changes; there’s a new instrument panel, gauge cluster and infotainment interface, a new steering wheel design whose spoke design is more in-keeping with the rest of the Hyundai (and Genesis) line-ups, and there are new seating surfaces and materials including optional Nappa leather. If you want even more digital displays in addition to the heads-up display and 12” main display, there’s also an optional digital rear-view mirror, a Hyundai first. 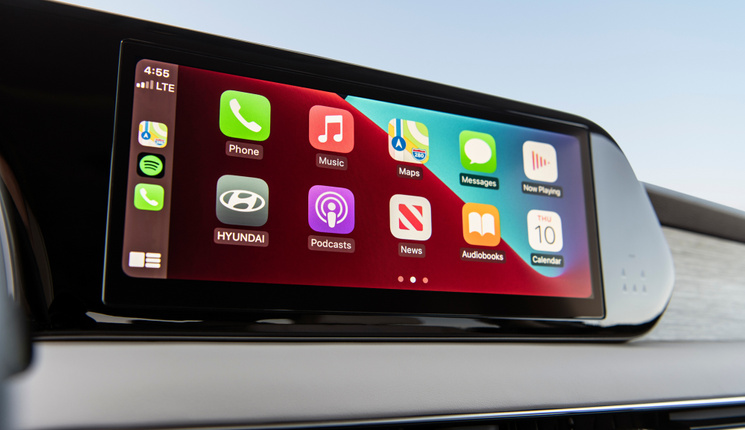 Digi mirrors may seem a little superfluous at first blush, but the more you dig, the more you see their importance, especially in a vehicle like this. You see, a digital rear-view mirror makes use of an exterior-mounted camera, so other than potential dirt build-up (unlikely as it’s high mounted and protected) nothing will obstruct your view rearwards. Not tall passengers, nor a tall cargo load, and this is important for a three-row SUV as they tend to see a lot of road trip work with tall loads, or lots of people-moving work with a full cabin and many heads that could potentially obstruct your view. Add the fact that if there are multiple drivers you no longer have to adjust the mirror angle as the view out is the same no matter what, and you have some winning tech.

Perhaps more important is the seat design and alignment itself; for the first time, there’s seating for eight passengers. Interior room and overall size of the Palisade remains unchanged for this new model, though it is lighter that previous thanks to the use of more high-tensile steels. The second-row seats, meanwhile, can be heated and cooled.

That theme continues with all-new 720p navigation, faster wired and wireless charging, and WiFi hotspot. That last one’s nice, but it’s somewhat surprising that it’s taken Hyundai this long to add WiFi to a top model like this. 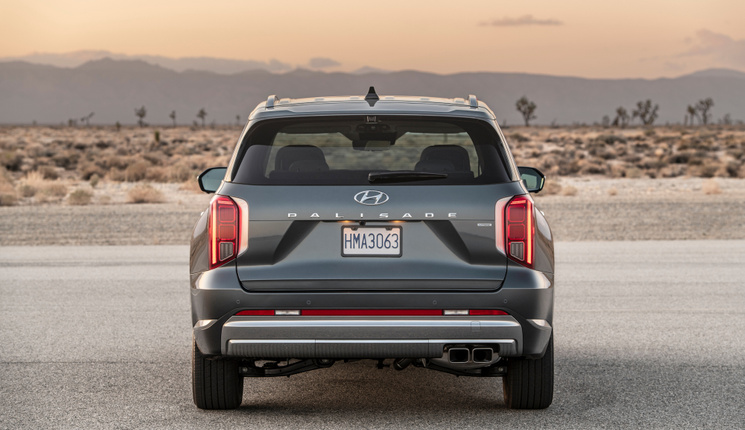 Like the dimensions both inside and out, power remains unchanged for ’23. It comes courtesy of a 3.8-litre V6 good for 291 horsepower and 262 pound-feet of torque, all sent to the wheels via an eight-speed automatic transmission. While the power figures do remain the same, the transmission has been upgraded with a multi-plate torque converter for smoother, more efficient progress. Hyundai has also added a tow mode which holds on to lower gears longer. Tow mode joins the returning Normal, Sport and Smart drive modes, all adjusting various drive features to suit various driving styles and conditions.

The 2023 Hyundai Palisade will start arriving in showrooms July of 2022, with pricing announced closer to on-sale date.