The 911 for drivers who don't need massive power.

Join the Conversation (1)
Porsche isn't saving the driver-focused versions of the 911 for buyers who are shelling out for the GT2 and GT3 models. The 2023 911 Carrera T comes with some of the best performance options along with lightweight hardware and it does it with the base engine to help keep the price down.

The 911 Carrera T is rear-drive only and it comes with a seven-speed manual. Something the basic Carrera doesn't offer. The car will be offered with the eight-speed PDK auto, of course, but a lot of these will likely be ordered with the stick.

Standard kit on the 911 T includes a mechanical limited-slip differential along with Porsche's torque vectoring system that switches power delivery to the left or right rear wheels. These goodies aren't even available on the Carrera, making the T immediately appealing.

Porsche Active Suspension Management, the company's adaptive damper active suspension system is also standard (again not offered on the Carrera). The suspension is dropped 10 mm compared with the standard ride height, a move to help sharpen the responses of this Porsche. Rear-wheel steering will be offered, but it's an option and not standard equipment, letting drivers decide if they want to trade some weight for the agility and stability the system brings with it. 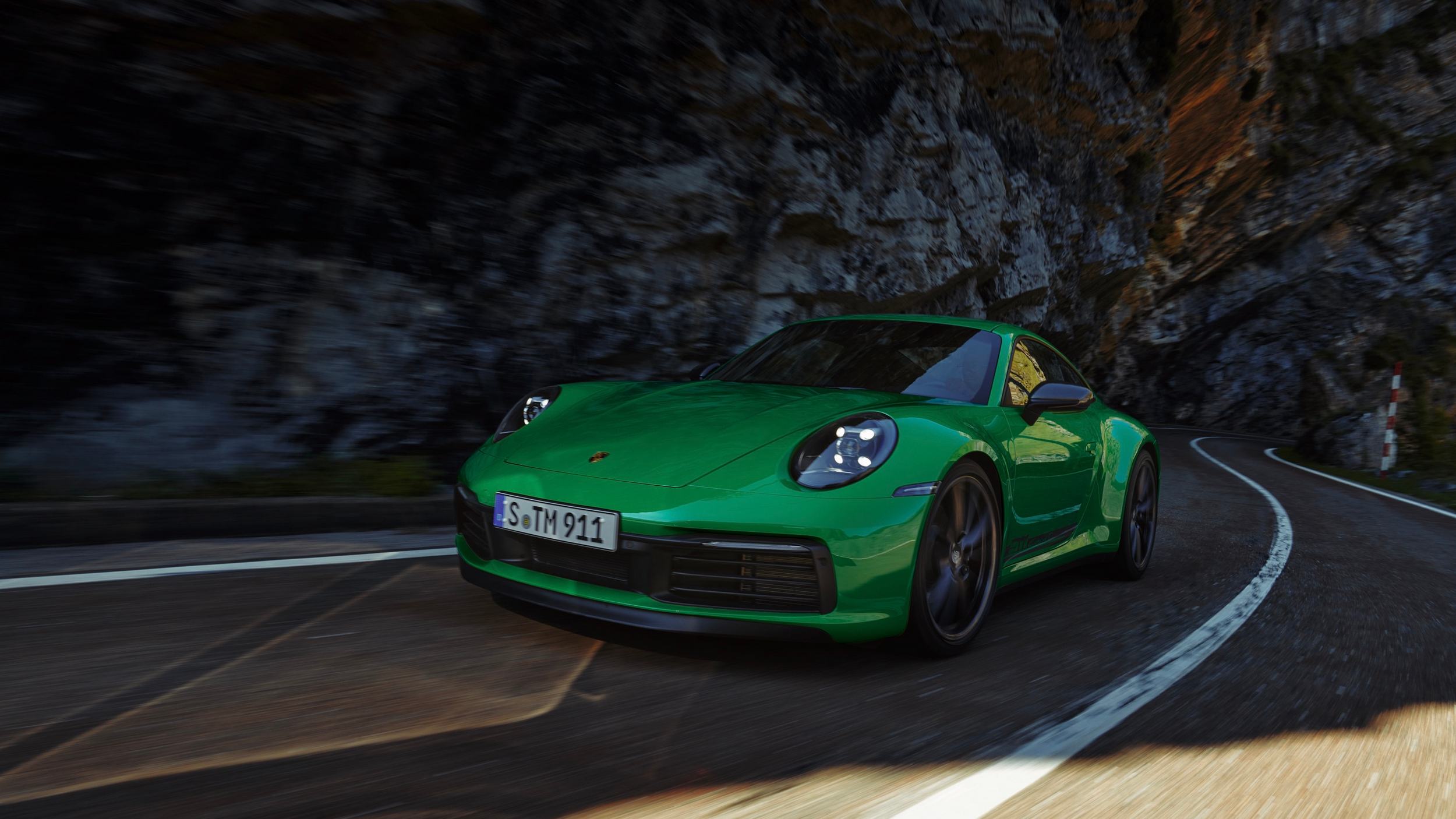 Under the rear hood is the regular Carrera's 3.0L twin-turbo flat-six. The engine makes 379 hp and 331 lb-ft of torque, enough to send it to 100 km/h in about four seconds. It's not the big-power Turbo, but it's certainly plenty quick.

The rear seats, which are really more theoretical than capable of transporting people anyway, are tossed in the bin. The glass is lighter, the 911 T has a lightweight battery, and Porsche has installed less sound insulation. The result is a car 35 kg lighter than a standard 911 Carrera. A sports exhaust compliments the reduced sound insulation, making sure that you can hear the engine loud and clear in the cabin.

20-inch front and 21-inch rear wheels come from the Carrera S, but they're painted in Titanium Grey specific to this car. Other exterior cosmetic changes include the Carrera T graphics, grey and black accents, and a grey trim strip on the windshield. 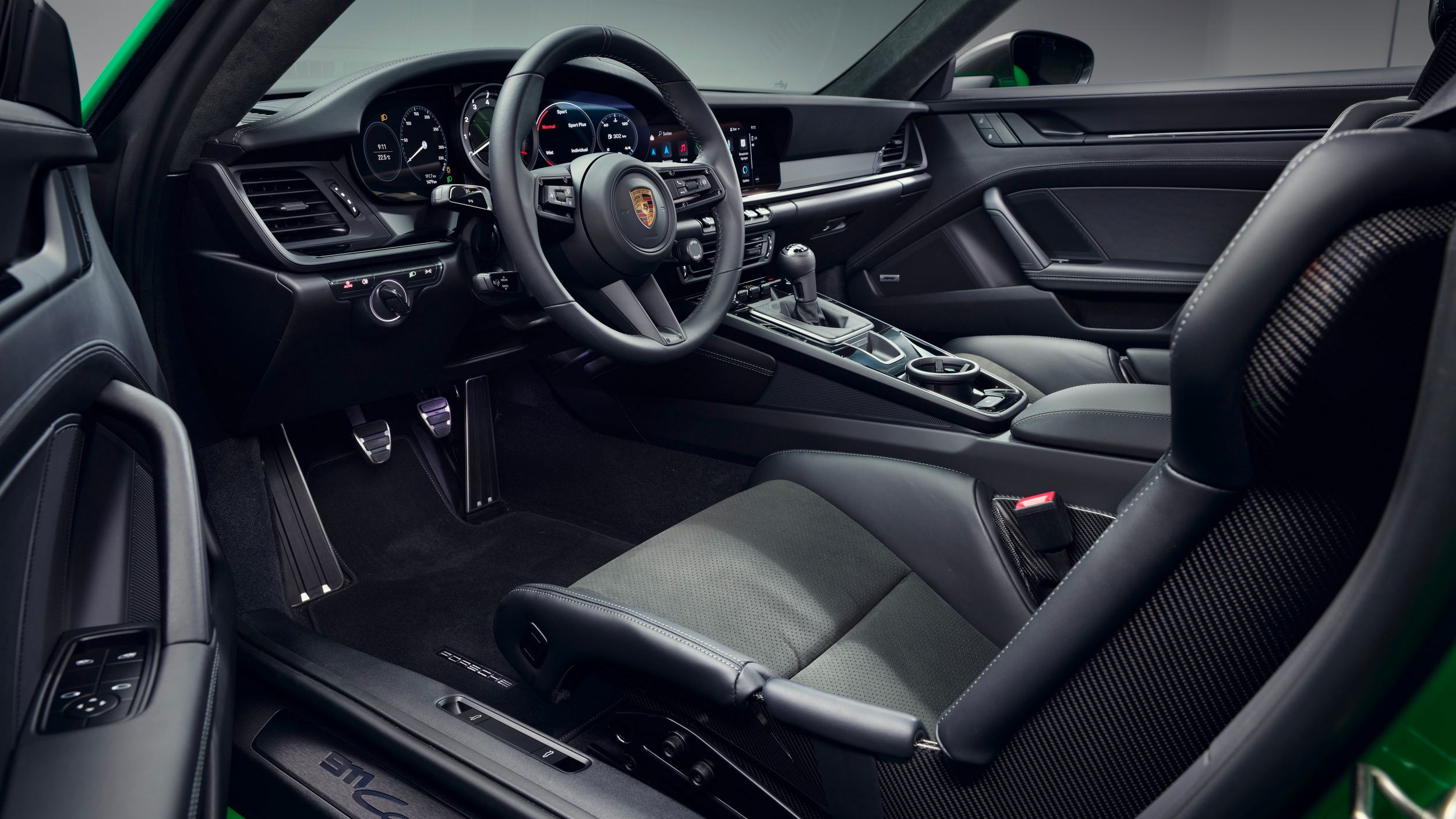 Inside, the 911 T gets four-way Sports Seats Plus with carbon fibre buckets on the options list. The trim bits are a mix of matte and gloss black, making the whole thing a bit dull inside.

Fortunately, Porsche is offering a Carrera T interior pack that includes more leather but also some splashes of colour. The seat belts are then Slate or Lizard Green, with the 911 logo embroidery, seat stitching, and seat centre stripes all matching. The floor mats get Slate or Lizard Green logos and stitching too.