Porsche has tuned the 2.9-litre twin-turbo V6 to make 434 hp, 59 horses more than before. It should be enough to get the crossover to 100 km/h in 4.3 seconds if the Sport Chrono pack is fitted.

We’re expecting an all-new version of the Porsche Macan to debut in the next year or two offering fully electric power making it the SUV partner to the Porsche Taycan sedan. Despite that change, though, the gas-powered Macan is expected to continue for at least a few years. Helping out with those expectations, the gas Macan is getting a big refresh for 2022 including revised styling and more power.

The top of the range Macan will be the GTS trim. Porsche has tuned the 2.9-litre twin-turbo V6 to make 434 hp, some 59 horses more than before. It should be enough to get the crossover to 100 km/h in 4.3 seconds if the Sport Chrono pack is fitted.

Below that is the Macan S, with a version of the same engine delivering 375 hp, 27 more than last year. At the bottom is a new 251 hp four-cylinder Macan. All get all-wheel drive and a seven-speed dual-clutch box.

Gone from the list is the Turbo, though with the outgoing Turbo offering the same power with less acceleration compared with the GTS, it might not be missed.

Porsche has made chassis tweaks to the various Macan models including a new air ride for GTS with continuous PASM damping. The suspension will be an option on the S as well. Also for the GTS, Porsche has dropped the body 10mm and increased rigidity front and rear. A GTS Sport package turns up the wick further with 21-inch wheels wearing performance tires. Porsche Plus torque vectoring, and the Sport Chrono pack.

A new nose and tail tweaks work to make the 2022 Macan look slightly wider and slightly fresher, but they aren’t large changes. You might need a side by side to pick them out, but the ones inside should be much easier to spot.

Interior changes include an all-new center stack with touch surfaces instead of the touch buttons from last year. The shift lever is shorter and has been moved to a slightly different location and an analogue clock on the top of the dash is now standard, not limited to Sport Chrono. 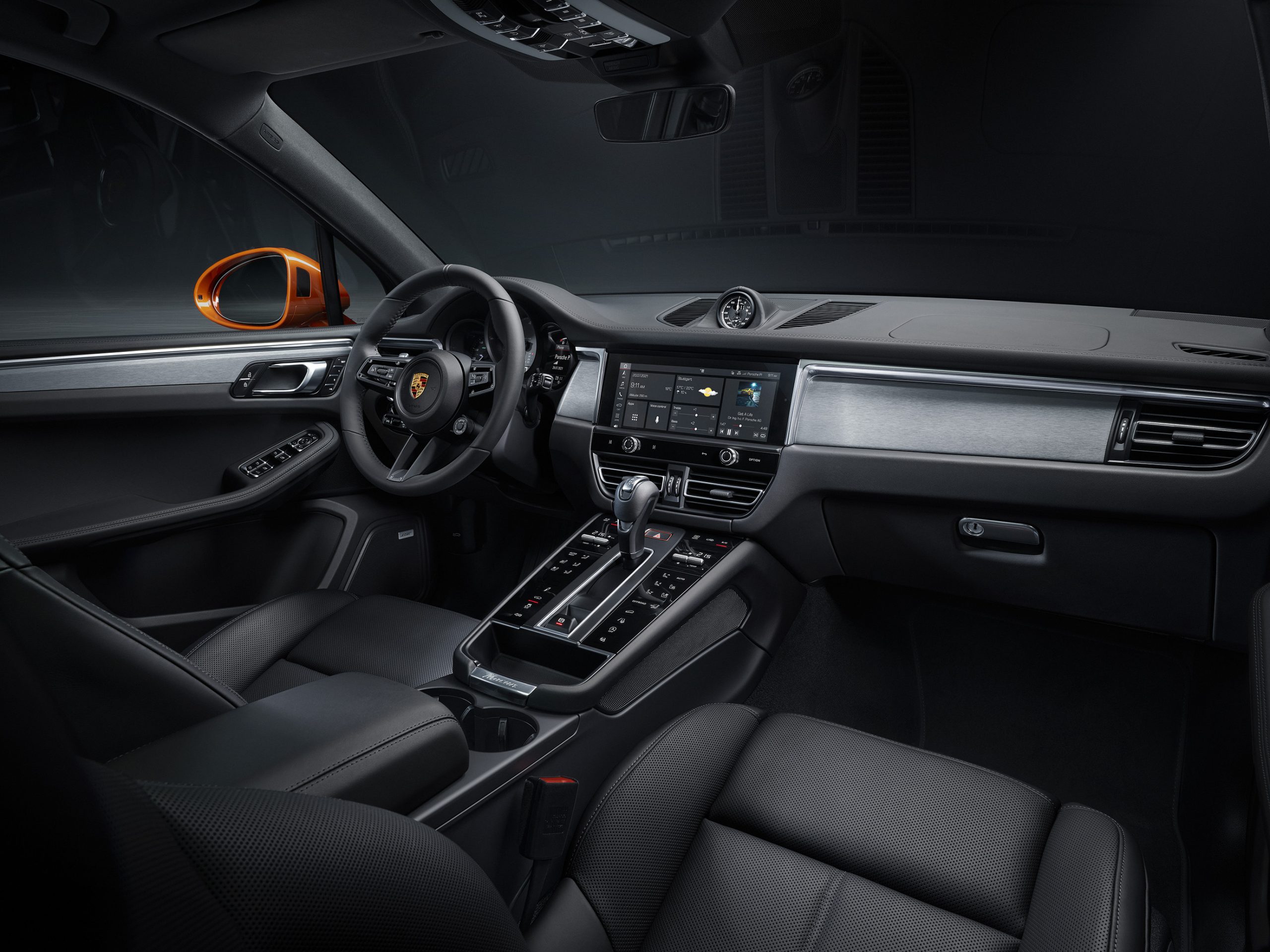 Several leather upholstery options will remain on the options list, offering multiple contrast colours and green GTS logos all to help make the Macan exactly what the owner wants it to be. The 10.9-inch display is the same as last year, but the driver can wrap their hands around the multifunction steering wheel borrowed from the 911. 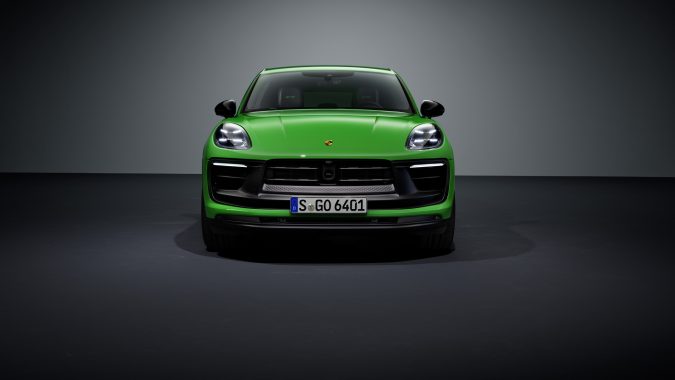 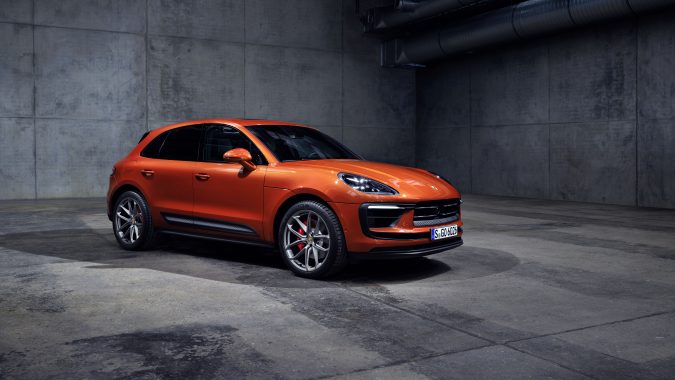