In these COVID days, carmakers can’t invite us to fly all around the world to show off their latest and greatest.

So we’re left with “virtual” reveals, basically TV shows, with the people who designed and engineered the vehicle telling us how wonderful it is. So all I can tell you about the new QX55 from Nissan’s luxury brand Infiniti, due in Canada next spring, is snippets from what they’ve told us and shown us about the vehicle.

It is an unabashed successor to the Infiniti FX, originally launched in the early 2000s. It went through a couple of model changes including a name change to QX70 until it was dropped in 2017.

The new QX55 retains the “SUV Coupe” look of the original, one mimicked by BMW and Mercedes-Benz, among others. An SUV with limited cargo capacity?

Yeah, I don’t get it either. 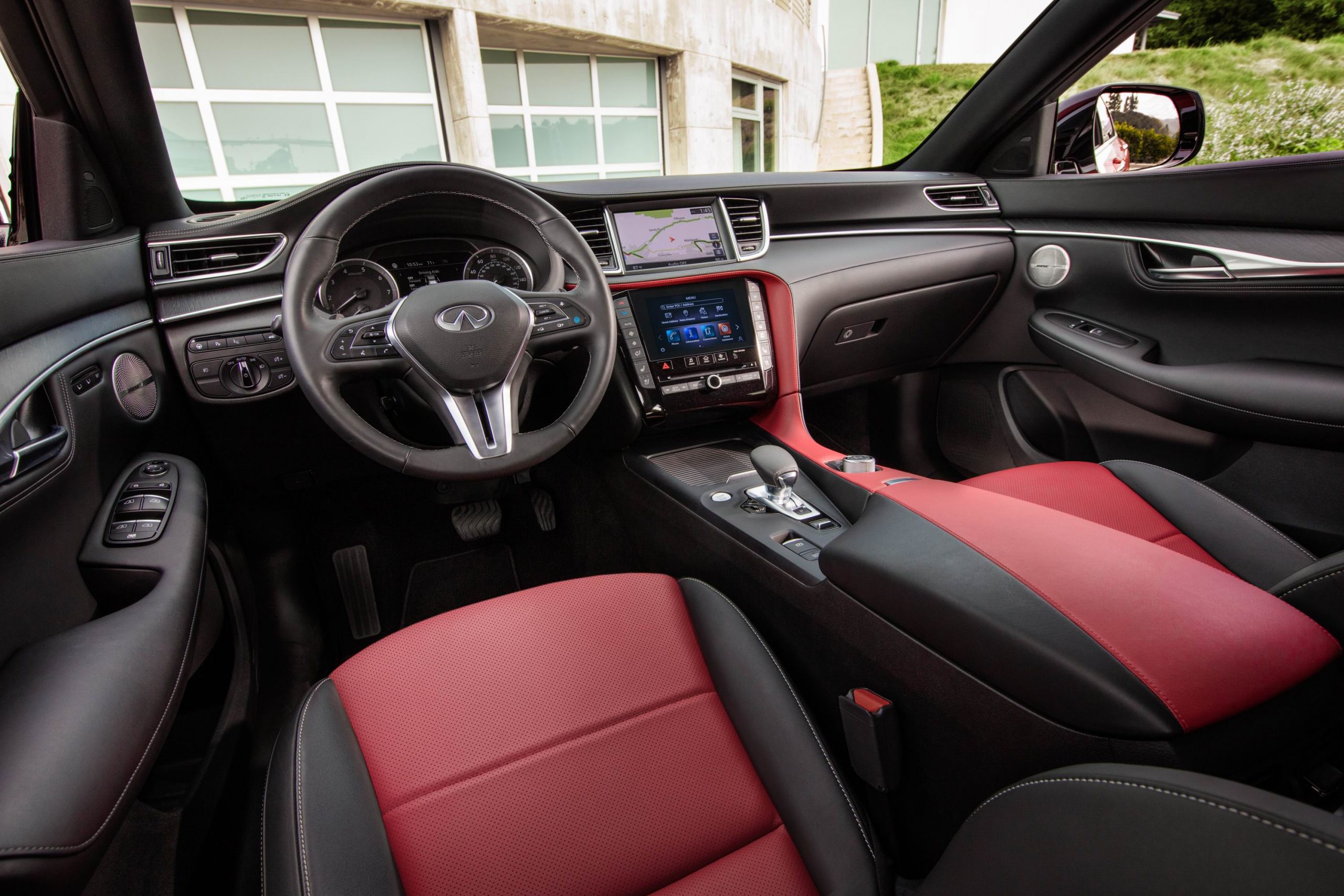 But Eric Rigaux, general manager of product planning for Infiniti, feels this vehicle will “reconnect Infiniti with the soul of the brand.”

OK then, that clears it up…

What we can tell you is that it’s a mid-size five-seat SUV with a twin-cam 2.0-litre four-cylinder turbo engine mounted sideways. It produces 268 horsepower at 5,600 r.p.m. and 280 lb-ft of torque between 4,400 and 4,800 r.p.m., and is mated to a CVT transmission. It also has something called “intelligent” four-wheel drive; which begs the question if there is something like “unintelligent” four-wheel driver out there.

QX55 has all the tech you could possible want and probably more, including a 4G WiFi hotspot which can support up to seven devices. That should keep the kiddies happy.

The twin centre touch screens as seen in other Nissan and Infiniti vehicles give you access to all sorts of features; my experience with these other Nissans and Infinitis vehicles suggests these will be easier to work than most.

From what we saw of the interior suggests it will be an attractive place to be, with high quality materials in bright colours, with swoopy, modernistic shapes. You can also get a 16 speaker BOSE sound system in QX55. I’ve always been a fan of this brand, so it should sound good inside.

Outside, the QX55’s grille has a mesh pattern which Infiniti says was inspired by origami, the Japanese art of paper folding. This connects this vehicle with the original Infiniti, the brilliant Q45, which was influenced by various Japanese art forms. It bombed in our marketplace; Infiniti has to hope history does not repeat itself.

The most dramatic aspect of the exterior is probably the taillights, which Infiniti says are intended to look like “digital piano keys”, and consist of 45 separate LEDs in a single array.

No pricing was announced, but the competitive set hovers around the $45,000 – $55,000 range, depending on model and equipment level.

We’ll tell you more about the Infiniti QX55 when we know more. 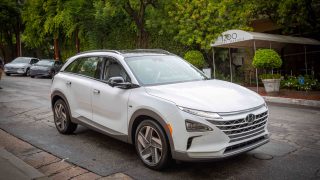 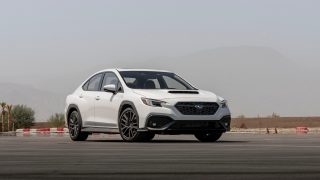