2022 Ford Expedition Heads Off the Beaten Path With Timberline Edition

Deliveries to begin in the first quarter of 2022.

The Timberline nameplate is once again making an appearance at Ford, this time adorning the Expedition full-size SUV for the 2022 model year.

What TTA does once it activates is brake the inside rear wheel when performing tight turns on off-road trails; just picture how any caterpillar-tracked vehicles turn, and you pretty much have the idea. It all points to this particular Expedition reaching out to the outdoor-centric buyers, the likes of which have never really been big Expedition people.

“The Timberline is the most off-road-capable Expedition ever,” said Mike Kipley, chief engineer for Expedition.

In addition to the chassis upgrades, the Timberline comes standard with the most powerful engine Ford offers for the Expedition: a 3.5-litre twin-turbo V6 good for 440 horsepower and 510 pound-feet of torque, all fed to the wheels via a 10-speed automatic transmission. The base engine for the Expedition is a detuned version of the 3.5, making 380 hp and 470 lb-ft.

Inside, the Timberline gets the 15-inch infotainment display from the Mustang Mach-E crossover, meaning it has the biggest display in the segment. It’s here where you’ll find all your Apple CarPlay and Android Auto needs, as well as a backup cam, navigation, and a multitude of other features. Back seat passengers, meanwhile, will be able to enjoy their own entertainment system which includes Amazon FireTV. 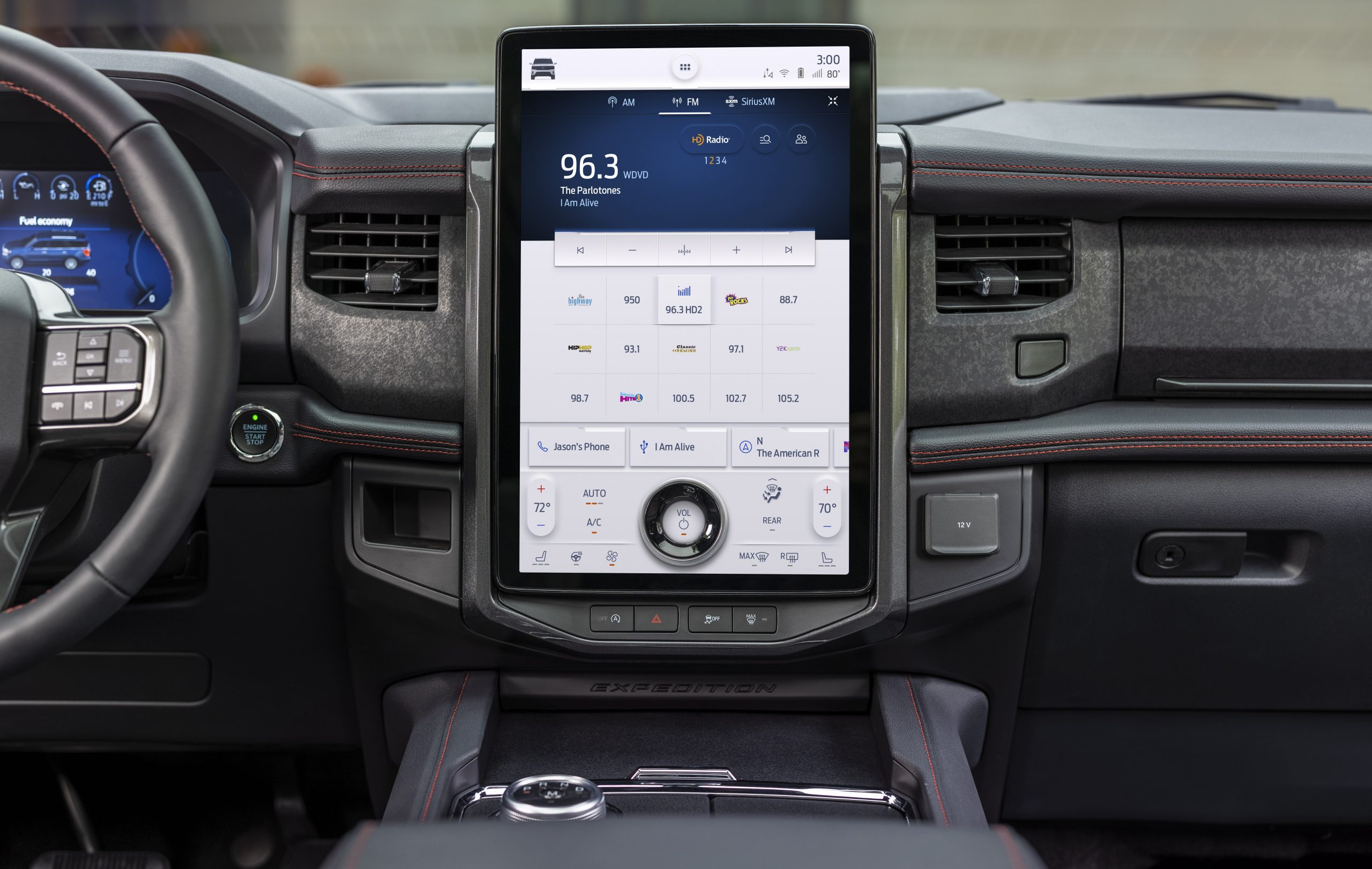 The Timberline isn’t the only new Expedition on the block for ’22; this year also sees the arrival of the Stealth Edition. If the Timberline is the off-road version, then Stealth is the “show up in style version”.

Visual upgrades include the taillamps, fog lamp bezels, mirror caps, roof rails, running boards, and tailgate appliqué all finished in gloss black. To top it all off, the famous “Blue Oval” emblem becomes a “Black Oval” on the Stealth edition. That may be sacrilege to some, but it’s a practice Chevrolet has been doing with the famous yellow “bowtie” logo for quite some time now, including on the Tahoe RST model, one of the main competitors for the Expedition Stealth. Hasn’t bothered GM purists all that much, so Ford will probably be OK here.

Another major addition to the Expedition for 2022 include the Blue Cruise semi-autonomous driving feature being available on the top-spec Platinum model. The tech allows for hands-free driving on designated roads throughout Canada and the USA, including 160,000 km of Canadian highways.

Pricing has not yet been announced; expect more in that vein as deliveries begin in the first quarter of 2022. 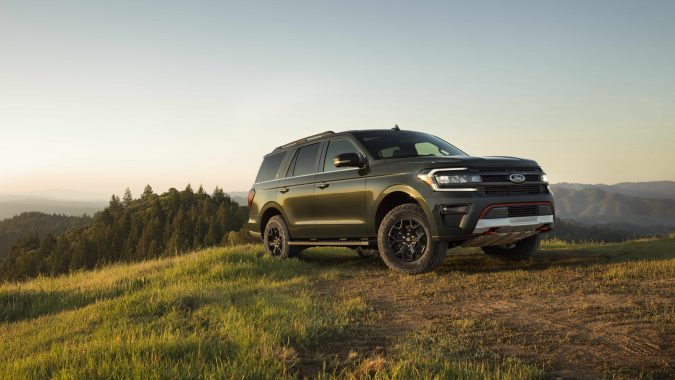 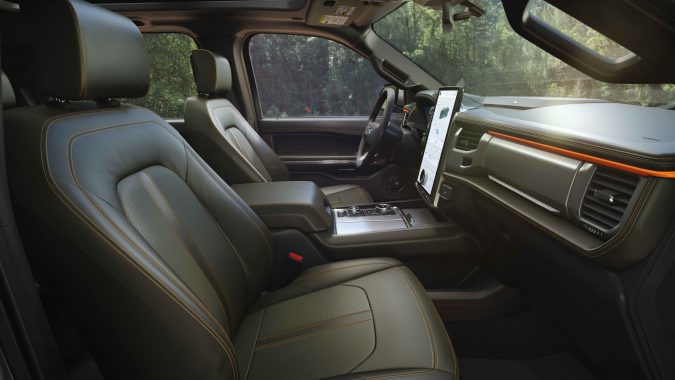 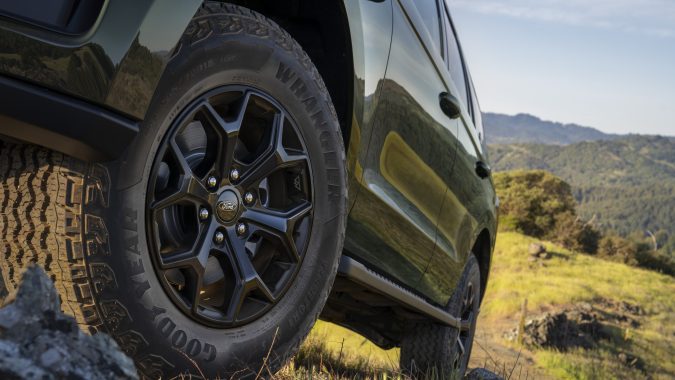