The first managing editor I ever worked for started his career on the Chicago Tribune. His name was Cliff Peters and he ran the newsroom at the now-dead Orillia Packet & Times.

“I got on the ‘Trib’,” he said, “and I wrote obituaries for six months. Then they let me cover a flower show. And then I interviewed Al Capone.”

One night in 1930, Capone wanted to see a reporter and the paper sent my future boss. “I went over to his house on the South Side,” Peters said, “where he announced he was giving money to charity.

“What really impressed me, though, was his car on the street outside – a Cadillac. It was a V16 and it was black. It was one of the greatest cars I ever saw.”

That car was expensive, it was exclusive, and it was made-to-order for the man they called Public Enemy No. 1.

But that was then. This is now, and Cadillac has done it again, it seems. While Cliff Peters was dazzled by that 1930 V16, I got my first glimpse of the brand spanking new Cadillac Lyriq EV crossover, which was introduced to the world recently via streaming video from the company’s headquarters in Detroit.

Lyriq is GM’s first all-electric luxury automobile based on the company’s next-generation modular electric vehicle platform and driven by its Ultium propulsion system (batteries that support 800-volt technology that will store about 100-kilowatt hours of energy).

In a word, the car is gorgeous. There’s only one problem: exactly when the Lyriq will be in showrooms – or even built, actually – is a little up in the air. As of today, it won’t even go into production for nearly two years, which would be some time in 2022. As GM North America president Steve Carlisle (who used to run Cadillac and is a former president of GM Canada) told a company meeting: “We’re looking at a late 2022 introduction as a 2023 model.”

As you can imagine, Canadian pricing is not yet known.

Now, another reason I said the car is gorgeous is because it’s a show car – a concept – rather than the actual production model (a flow-through roof spoiler, a “black crystal” grille and LED lighting front and rear are pretty spectacular features, for example, that may be there, or not, when the car actually goes on sale). What the virtual reveal showed, executives said, was a vehicle that’s about 80 per cent of what it will end up being.

In the video, Carlisle said Cadillac will be led by the Lyriq as the company redefines luxury over the next decade with a new portfolio of transformative EVs. It’s the first of what GM is promising will be 20 EVs for sale around the world by 2023.

“We will deliver experiences,” said Carlisle, “that engage the senses, anticipate desires and enable our customers to go on extraordinary journeys.”

Very well and good. Sounds terrific, in fact. But what about bread-‘n-butter issues like performance and range, which is the biggest challenge for EV manufacturers. Just about all anybody really wants to know about an electric vehicle is how far will it go?

Cadillac says its internal testing shows the Lyriq will go nearly 500 kilometres (485 kms, to be exact) on a full charge. Other technology and performance highlights include:

• Charging options for home, the workplace (if we ever get back to workplaces) and the road, including DC fast-charging at more than 150-kilowatts and Level 1 and 2 charging rates up to 19 kW2.
• The battery pack is attached to the underbody to help stiffen the vehicle and allow for a very low centre of gravity. The weight distribution will be about 50-50 (the drive motor will be at the rear). Two drivetrains will be available: rear-wheel drive will be on all models but you can pay extra to have performance all-wheel drive (a second drive unit will be placed at the front).
• The latest version of Super Cruise will be on the car, the first truly hands-free driver assistance feature recently enhanced to include automated lane change and remote self-parking (wow, I can hardly wait to try that one). And Lyriq will recognize the driver as he/she approaches and automatically adjust seat, mirror and climate control systems.
• A 33-inch diagonal advanced LED screen will span the entire viewing area of the driver and contain every bit of driving information imaginable as well as infotainment info and controls. A 19-speaker AKG studio system can be had as an option. And the EV will introduce a new road-noise cancellation technology, which will keep the cabin ultra-quiet so you can listen to Saturday Afternoon at the Met and not be disturbed. 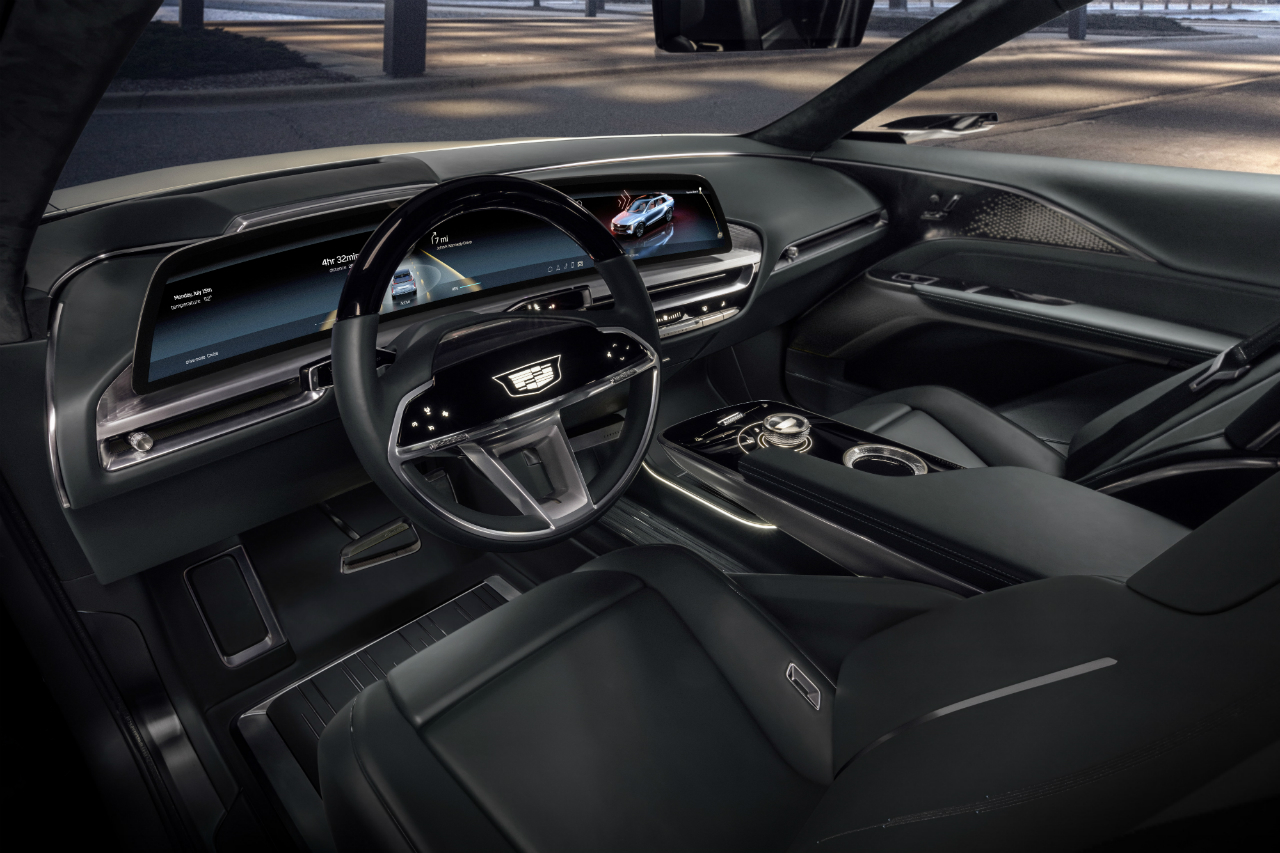 “Lyriq was conceived to make every journey exhilarating and to drive the brand into a new era while rewarding passengers with a more personal, connected and immersive experience,” said Jamie Brewer, chief engineer on the Lyriq project.

“It is not only an exceptional EV, but first and foremost a Cadillac.”

I bet Cliff Peters and Al Capone, if they were still around, would agree.

Norris McDonald is a retired Toronto Star editor who continues to write for Wheels under contract. He reviews the weekend’s auto racing every Monday at wheels.ca