The latest in a long line of minivans gets a new look for 2021 that comes with all-wheel drive.

The Canadian-built Chrysler Pacifica is getting a little more prepared for Canadian winters. The latest in a long line of minivans gets a new look for 2021 that comes with all-wheel drive. Plus, Chrysler says, the most available safety features in the industry.

For 2021, all Pacificas get a new nose. It’s sleeker than the old model, with tiny headlights and a massive grille. At the rear, a full-width LED taillight helps emphasize the width of the Pacifica, giving it a slightly more aggressive stance.

The new all-wheel drive system, Chrysler’s first in a minivan since 2004, uses a rear drive module that has an electronic clutch. This lets Chrysler stop the driveshaft from spinning when the extra power isn’t needed, saving fuel. Chrysler says it’s the only one in the class that can send 100 percent of torque to the rear wheels, and it also lets the Pacifica keep stow and go seating for the second and third rows. The AWD system uses sensors to detect wheel spin, but also the outside temperature, rate of acceleration, rough roads, and even if you’re using the wipers to decide when to engage. 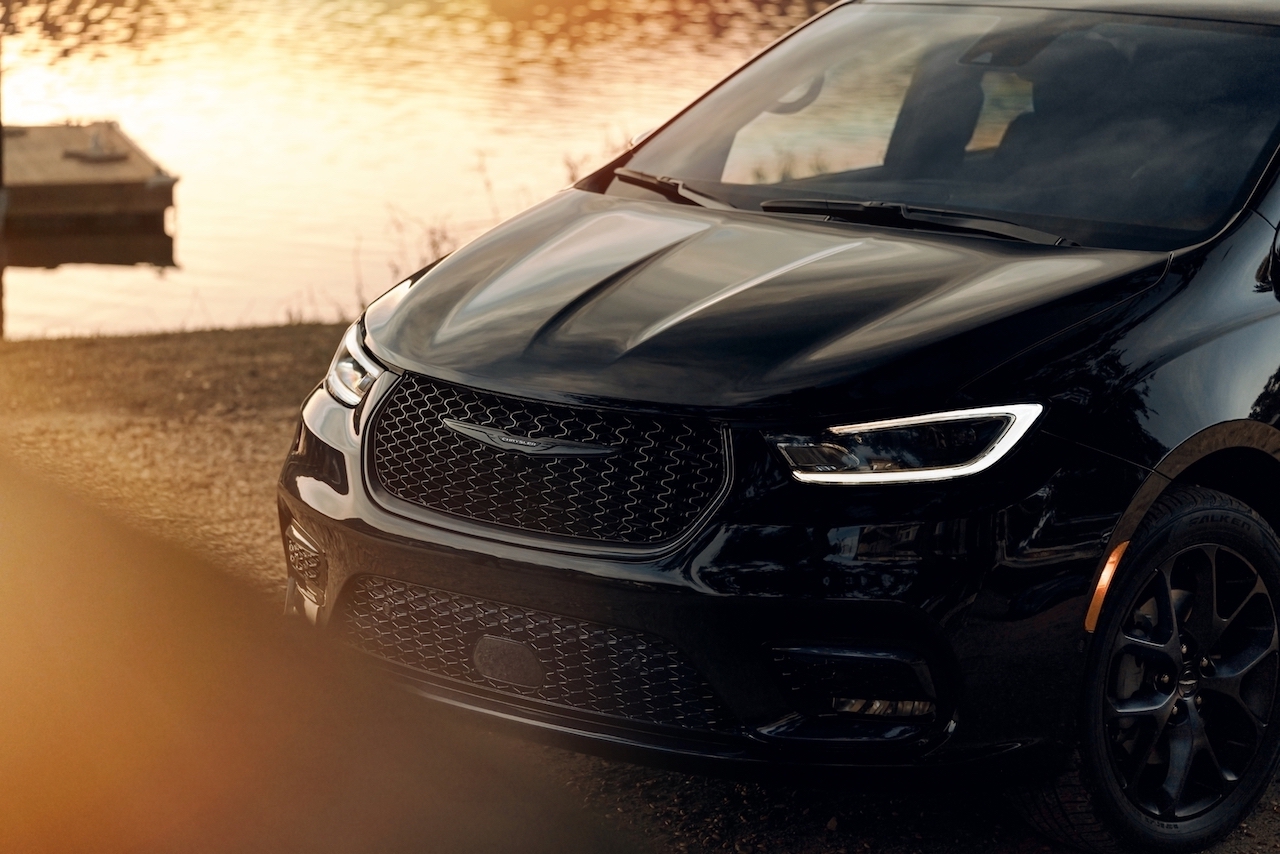 AWD is available on Touring, Touring-L, Touring-L Plus, Limited, and the new Pinnacle trim, but not on the PHEV. The AWD versions get larger brakes front and rear, a taller ride height, and revised suspension tuning.

The Pacifica launches the Uconnect 5 system in North America, offering a 10.1-inch touchscreen across the line. It’s five times faster than the system it replaces and it also adds an Amazon Alexa skill that lets users use the virtual assistant like they would at home. It can also let you connect two phones simultaneously via Bluetooth and wireless Apple CarPlay and Android Auto are offered. Chrysler has added USB-C ports to charge your devices more quickly, and there is a new FamCam interior camera option that shows the driver rear-seat occupants, including children in rear-facing seats, and even lets them zoom in to keep a Big Brother eye on the brood. 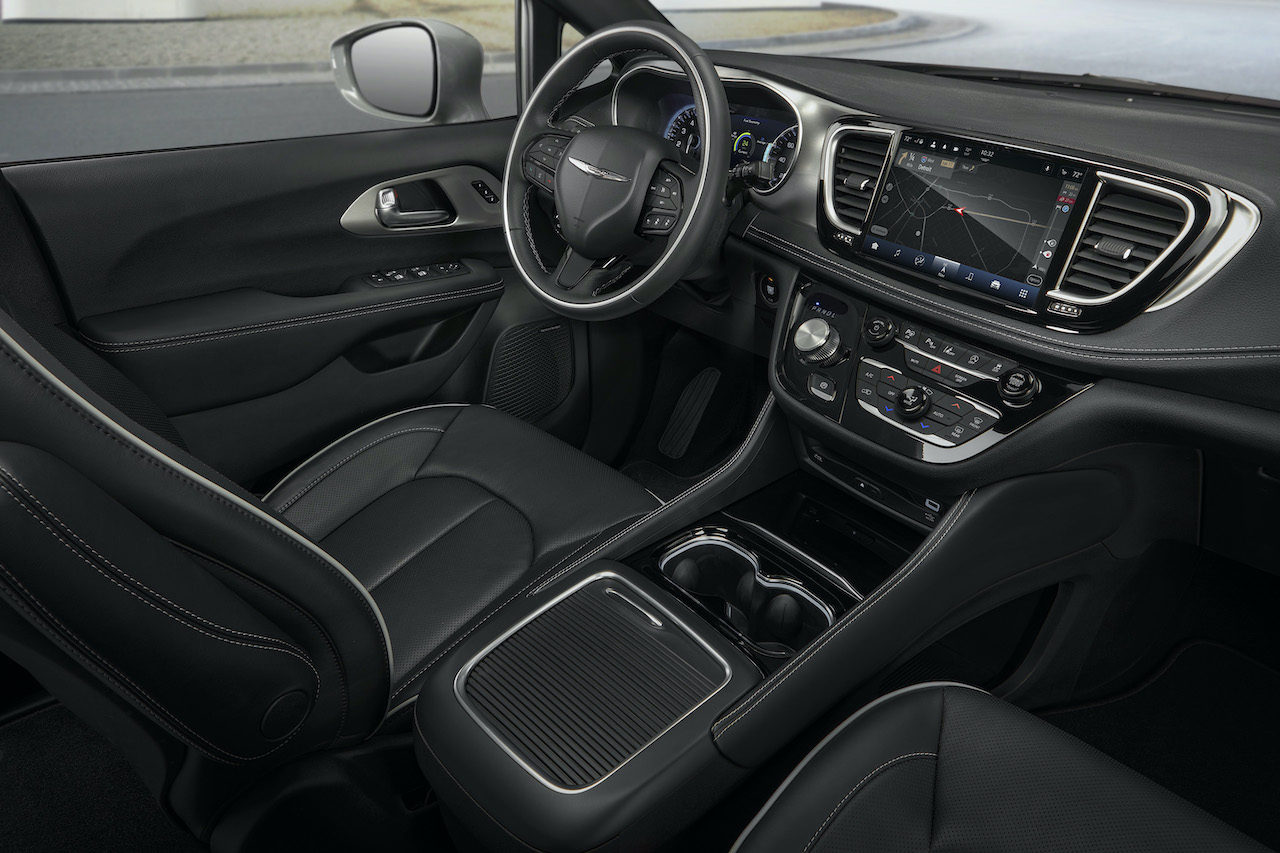 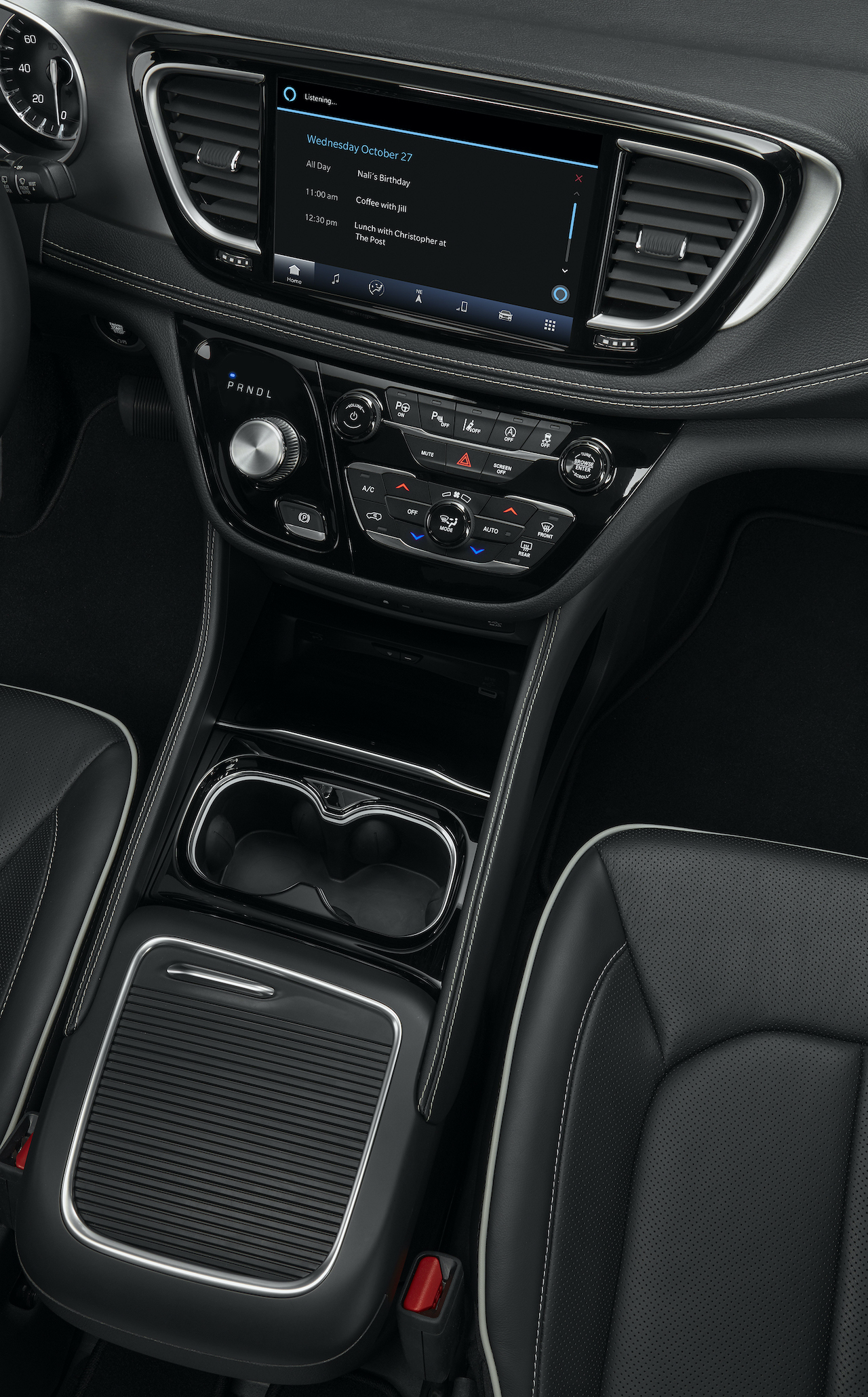 New at the top of the line is the Pinnacle trim. It’s a more luxurious version of the Pacifica, starting with two optional consoles. One is the Ultra console, which is larger and allows two-levels of storage, one third more than the current. The total of bins and cubbies adds up to 227.6L of space, more than the entire trunks of some coupes. It also offers Caramel and Piano Black themes, with quilted Nappa leather and perforated seat inserts in all three rows. Even the second-row captain’s chairs get movable lumbar pillows with an embossed logo.

Chrysler says the Pacifica has a total of 116 standard and available safety features. New this year are LED lights and pedestrian detection emergency parking. Forward collision warning and adaptive cruise are available as well as the usual suspect lane keeping, park assist, and surround-view camera.

2021 model order books open the third quarter of this year, with deliveries starting by the end. But if you want the traction without the new nose or infotainment, a 2020 AWD Launch Edition will arrive in the first half of this year. 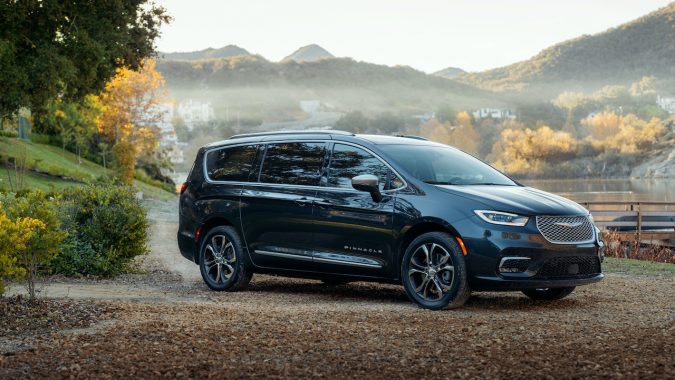 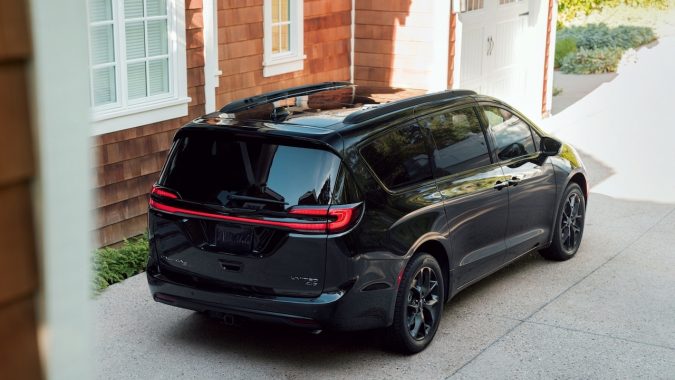