2019 Mazda3 Premieres in LA with Concept Styling and AWD

This was one of the most anticipated world debuts and it didn't disappoint.

Up until now, if you wanted an AWD-equipped hatch in Canada, you had to either choose an expensive Golf, a Mercedes (sort of; the GLA’s more of a mix between crossover and hatch on stilts) or a Subaru Impreza.

Well, with the world debut of the Mazda3 on the eve of the 2019 Los Angeles International Auto Show, that’s all about to change. For the first time, the 3 (sedan or hatch) will be available with i-Activ AWD. As if the 3 wasn’t popular enough, having sold in the millions since ’03. AWD, meanwhile, should make it even more appealing to Canadians – especially Quebecers – where it sells in droves.

Styling-wise, the 3 looks similar to the Mazda Kai that debuted in Tokyo last year. Actually, with its aggressively-tapered side windows, sleek front end and LED taillights, it doesn’t just look similar – it’s almost a spitting image. That’s a very good thing for enthusiasts looking to get a little more excitement from their city runabout. Inside, it’s not quite as advanced, but the use of high-quality materials does play in to Mazda trying to up the “premium” factors of its brand.

Power comes from three sources: A 2.0-LITRE Skyactiv G motor with 155 hp, and a 2.5L version with 187 hp. We’ve seen similar engines before. What we haven’t seen is the Skyactiv-X, a high-compression diesel-like engine that isn’t, as it has a spark, a supercharger and can run on regular gasoline. Power from that unit is rated at 180 hp and 164 lb-ft, and since it has a bit of diesel about it, it’s the most efficient option. A six-speed auto and manual will be available, but Mazda has not yet confirmed which engine will be paired with which transmission, or which drive type. 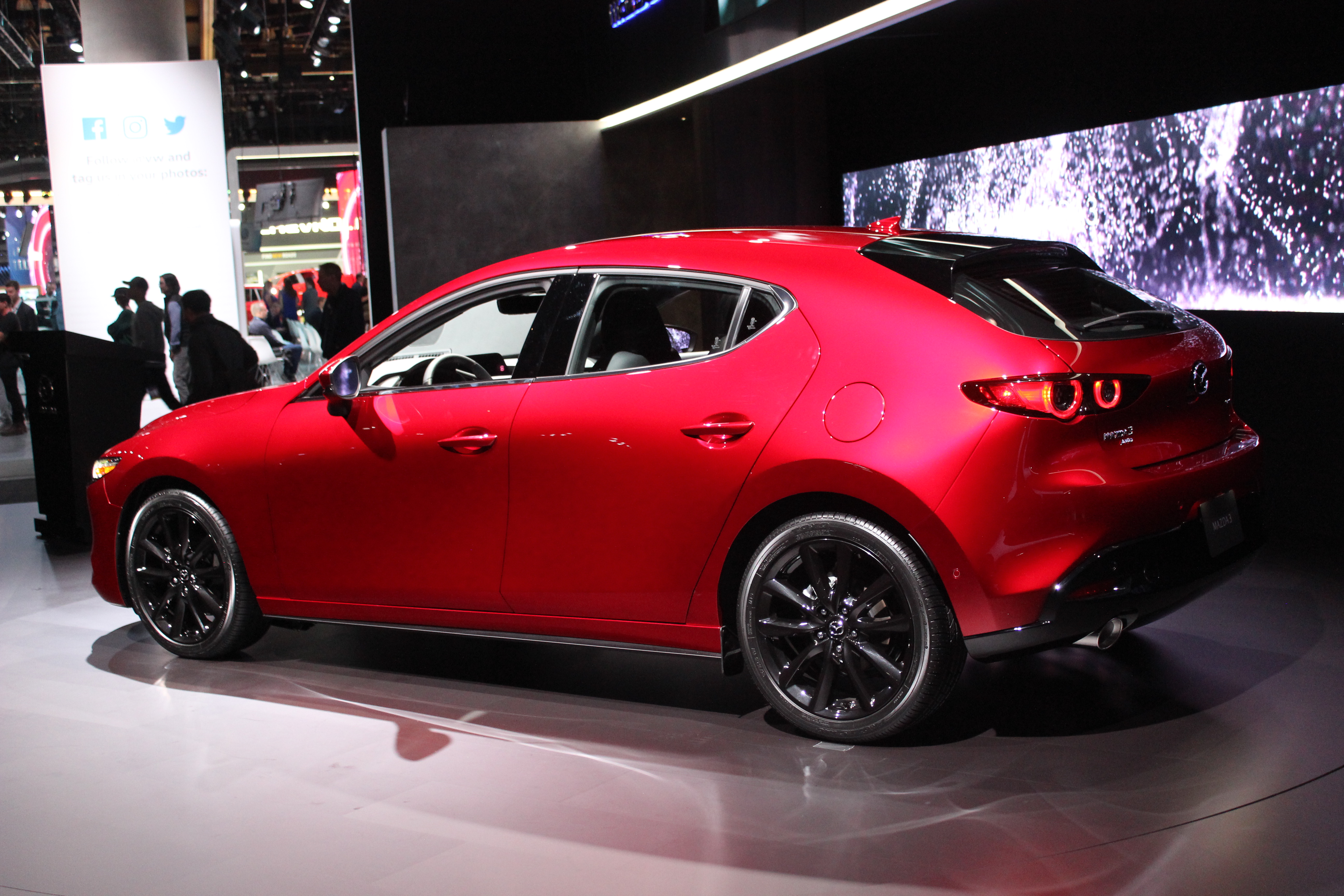 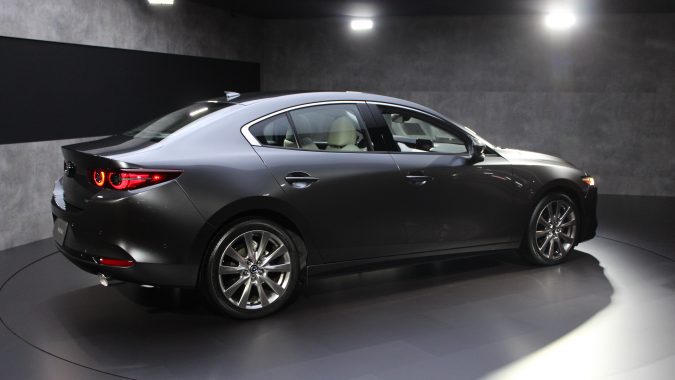 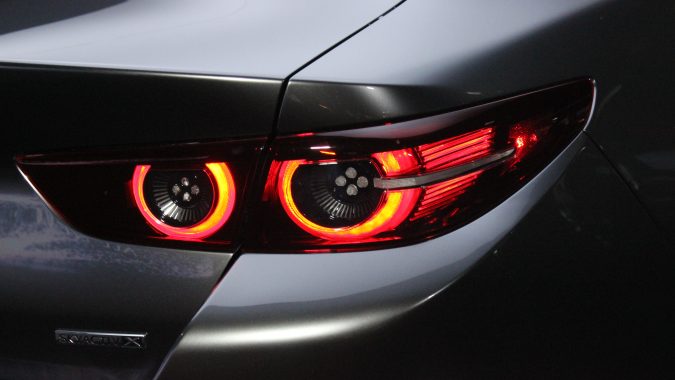 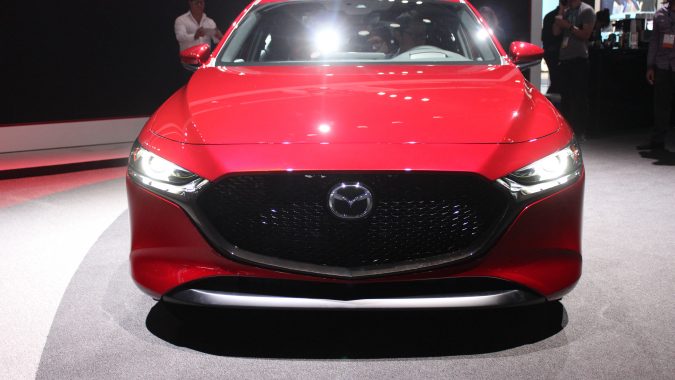 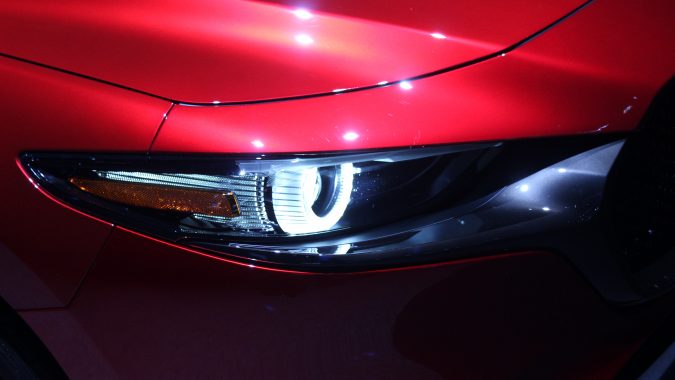 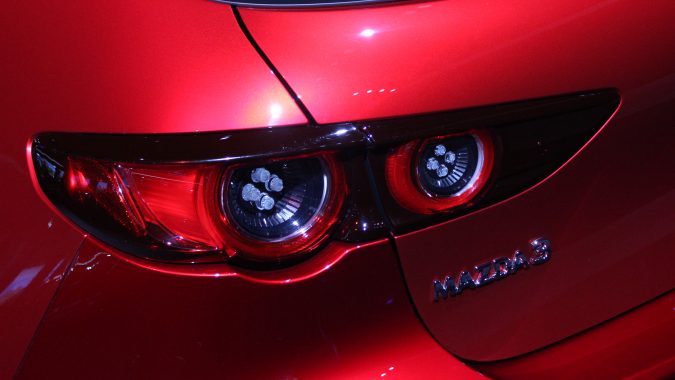 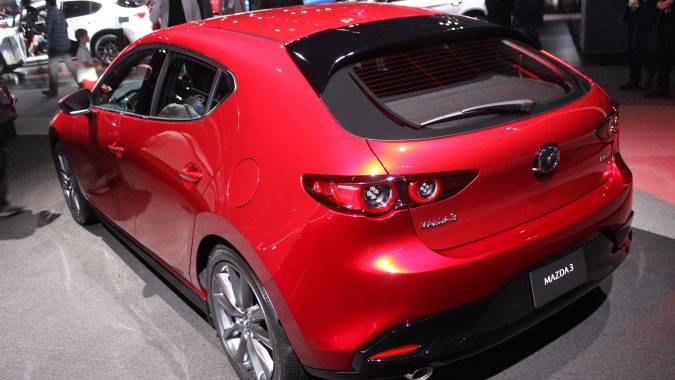 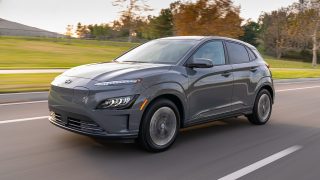 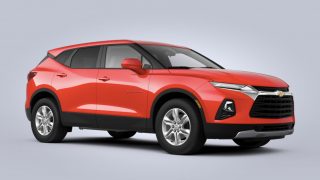 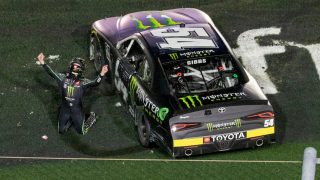 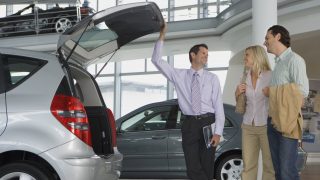