Lincoln’s past naming convention confused me to no end. I still can’t tell which MK (insert letter here) was which.

So it’s a very good thing then that they made the decision to use real names instead of a bunch of letters. I’m sure others, especially those shopping for a luxury crossover, are appreciative of this too. It also makes my job of reporting on their product line much easier.

Continuing with their brand transformation, the recently introduced Lincoln Corsair compact crossover is the vehicle they hope will attract a younger buyer, specifically the hard-to-please millennial, into their showrooms.

So what’s their plan on wooing this demographic?

In part, they’ve joined forces with Revel audio and Universal Music group. They recognize that the majority of the population something like over 90 per cent, is big time into music. So they held a contest on which, if you’re a budding musician, you could have submitted a song for a chance to win 30 days of musical mentoring by industry pros, a recording session at Capitol Studios, and a starring role in a nationally televised marketing campaign.

Oh, and the lucky winner will also get a brand new Lincoln Corsair. ‘Cause, you know, millennials love contests. But don’t try to enter now, the contest is closed and it’s been narrowed down to four finalists but it was a nice way to get the word out about a brand that might not resonate with the young ‘uns.

The Corsair, on the other hand, is available now and it’s Lincoln’s newest entry into their expanding crossover lineup slotting in below the Nautilus replacing the soon to be retired MKC.

But the bigger news here is the arrival of this latest Corsair—the Grand Touring. And it’s Lincoln’s newest PHEV (plug-in hybrid).

The Corsair is based on the brand new Ford Escape but you wouldn’t be able to tell by looking at it. If you like what they’ve done with the Navigator and Aviator then you’ll have no problem with the Corsair which basically looks like those two condensed into a smaller package.

The differences with this Corsair lie beneath its aviation-inspired bodywork.

Under the hood, instead of a turbocharged 4, you’ll find a 2.5-L naturally aspirated 4-cylinder engine that runs on the efficient Atkinson cycle. It’s hooked up to two electric motors that provide additional torque and power but also take the role of the gearbox by manipulating the gear ratios. Lincoln calls it an eCVT.

An additional electric motor mounted on the rear axle provides more drive torque but also imbues this Corsair with an electric AWD system, a first for the brand. Total system output is estimated at 266 hp. 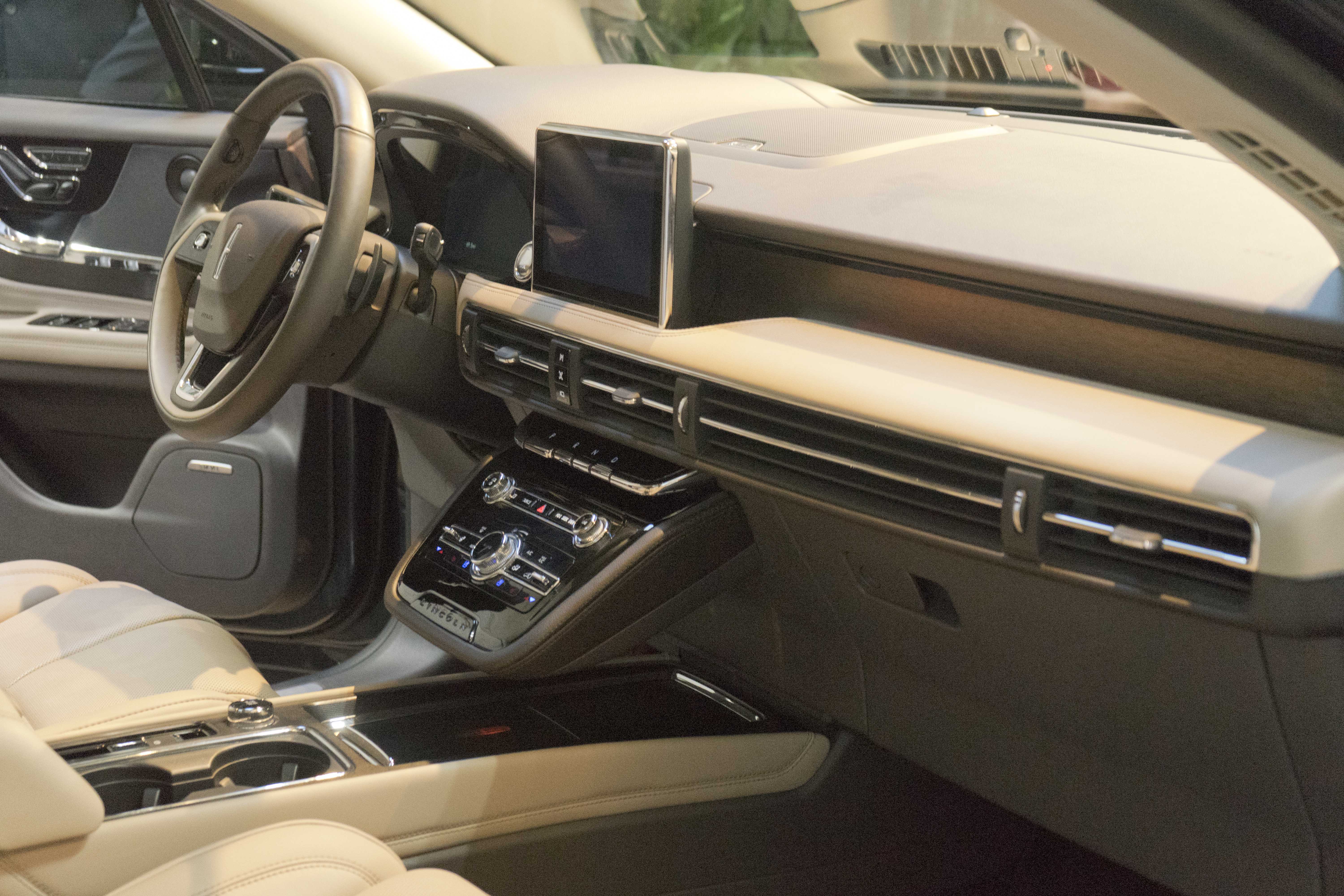 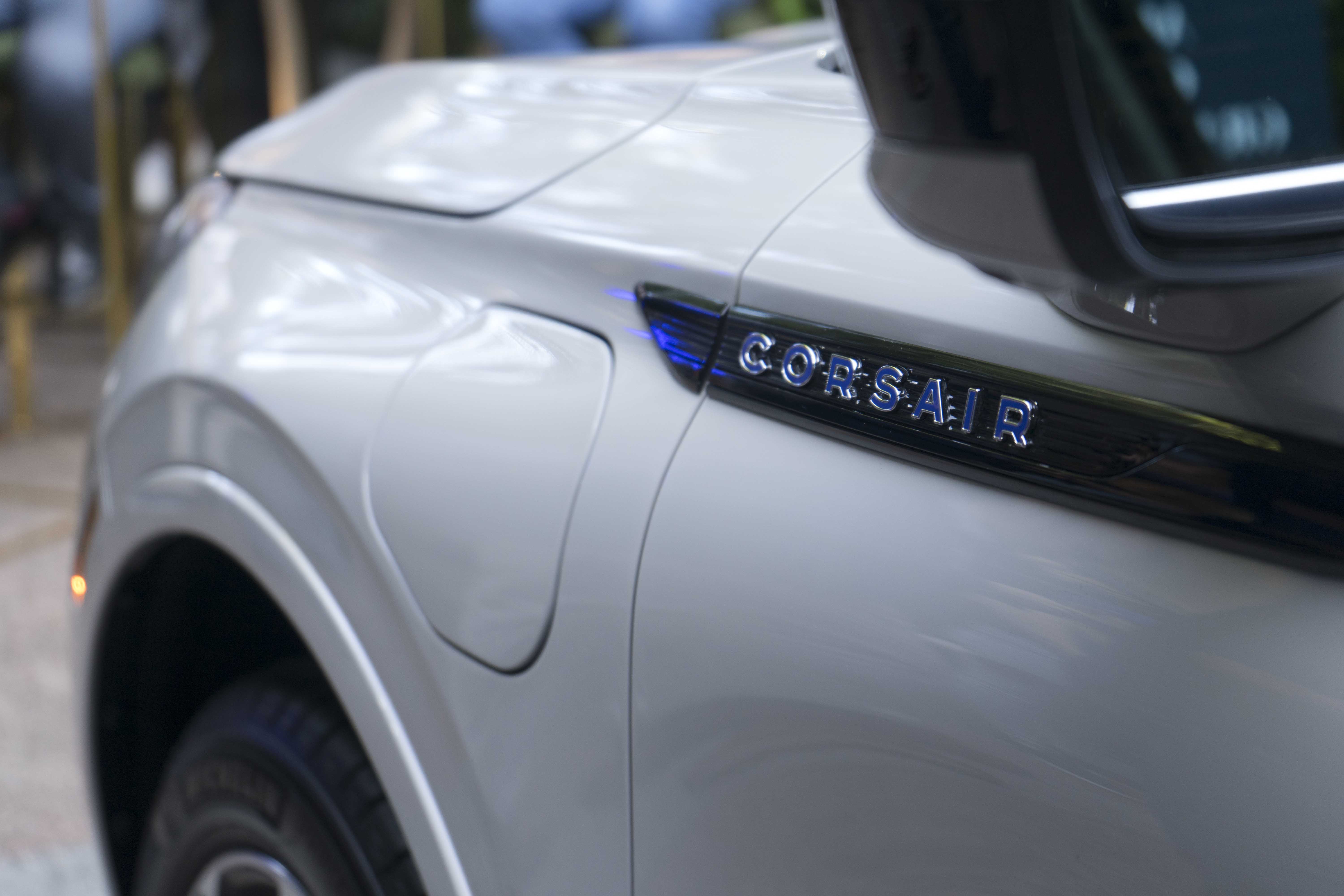 A 14.4 kWh underfloor battery pack will provide approximately 40 kilometres of all-electric range. Charging from empty will take 3 to 4 hours on a Level 2 charger and about 10 hours if plugged into a standard 110-volt outlet. A convenient LED ring on the charge port will let you know how much juice is in the battery with a quick glance.

In addition to the creatively named driving modes offered on the regular Corsair, you will get Preserve EV and Pure EV. Preserve EV will save the current charge level of the battery and use the engine to regenerate it back up to a max of 75 per cent. And Pure EV will ensure that you get pure electric operation until the batteries are depleted at which time the gasoline engine will fire back up and keep you chugging along.

Visually you can distinguish the Corsair Grand Touring by its unique grille, blue Lincoln Badge, blue Corsair script on the front fenders, and unique 20-inch wheels.

The Corsair Grand Touring is due to hit dealer shelves sometime in Summer 2020.