The F stands for Fuji Speedway in Japan

Ahhh, Lexus. For years, they were known – and rightly so – for building conservatively-styled, nicely luxurious, quiet-running and altogether inoffensive sedans and crossovers. That’s all well and good, but if ever there was a Vanilla brand, this had to be it.

Then, in 2008, something changed. All of a sudden, Lexus had a bad-boy streak, a bit of a chest-thumping attitude and, apparently, a herculean mission to try to shirk at least some of that image that had been cultivated for so many years. Since their inception in 1989, really.

And it was all down to one letter: F.

No, not because of that word. That would be rude. In reality, the F in the V8-powered, paddle shift-operated 2008 Lexus IS F sports sedan stood for Fuji Speedway in Japan, where all manner of racing had taken place over the years, and where the IS F and every “F” model after it would be tested. It was a red letter day for the marque, one that showed that maybe, juuuust maybe, Lexus was capable of building something just a little more racy, with just a little more chest hair. 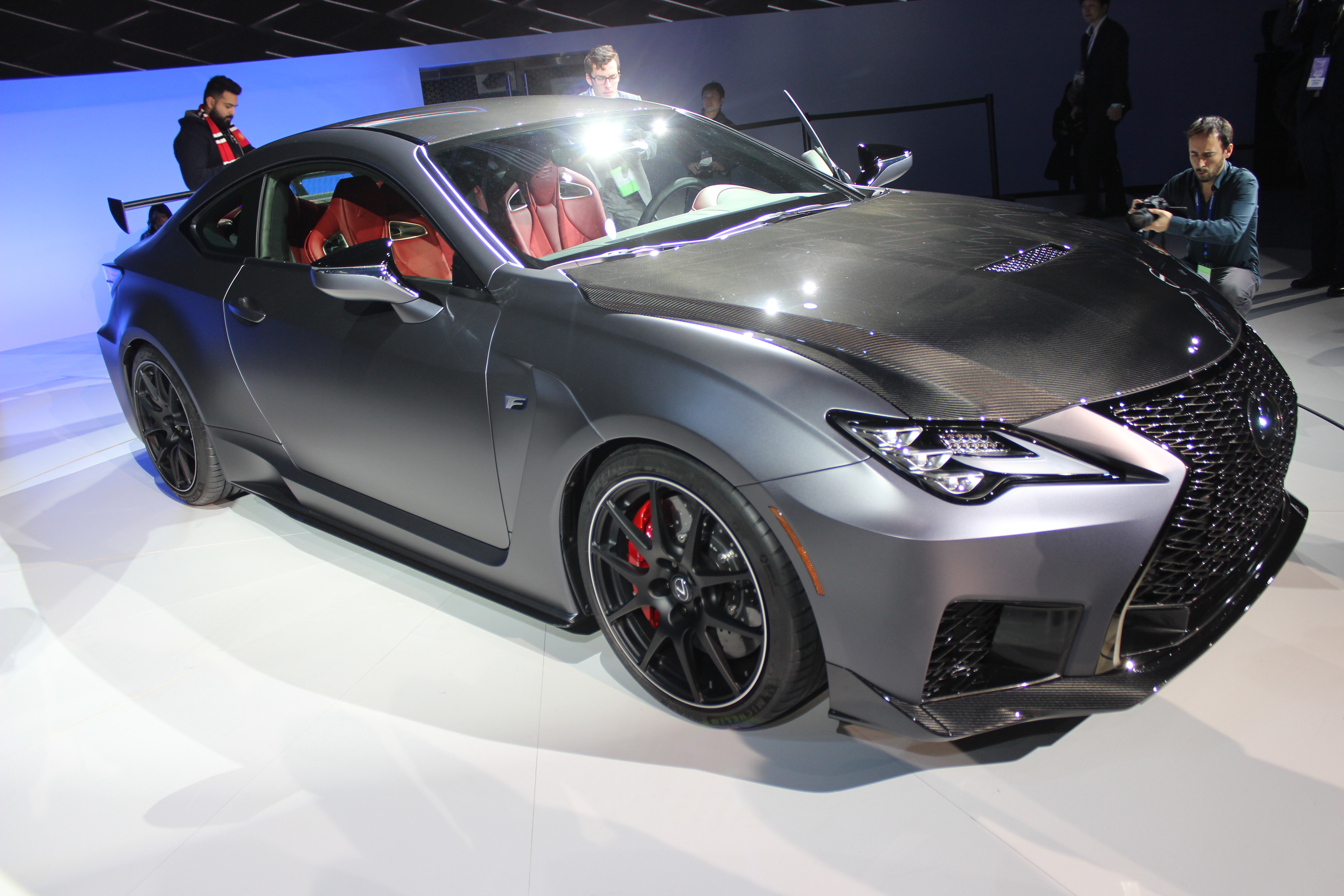 Since that time, while the brand’s bread and butter still surrounds vehicles like the RX350 crossover and ES sedan, the F model continues. And, for 2020, there’s a new model; actually, there are two: the 2020 RC F, and 2020 RC F Track Edition.

While the RC F features the same V8 as the Track Edition – 472 hp and 395 lb-ft up five and six, respectively, on last year’s car – the only other real additions are a launch control system and higher final drive ratio for the eight-speed auto. It seems that even Lexus wasn’t so keen to brag about the RC F, as they only brought a Track Edition along for the ride.

What a vehicle the Track Edition could be, though. Like the Shelby GT500 that debuted not three hours prior, the RC F Track has been developed with input from race engineers, in this case members of Lexus’ IMSA and Super GT race teams. The fact that the RC F will form the basis of this year’s AIM Vasser Sullivan IMSA GTD racecar is a bit of a cherry on top for Lexus. 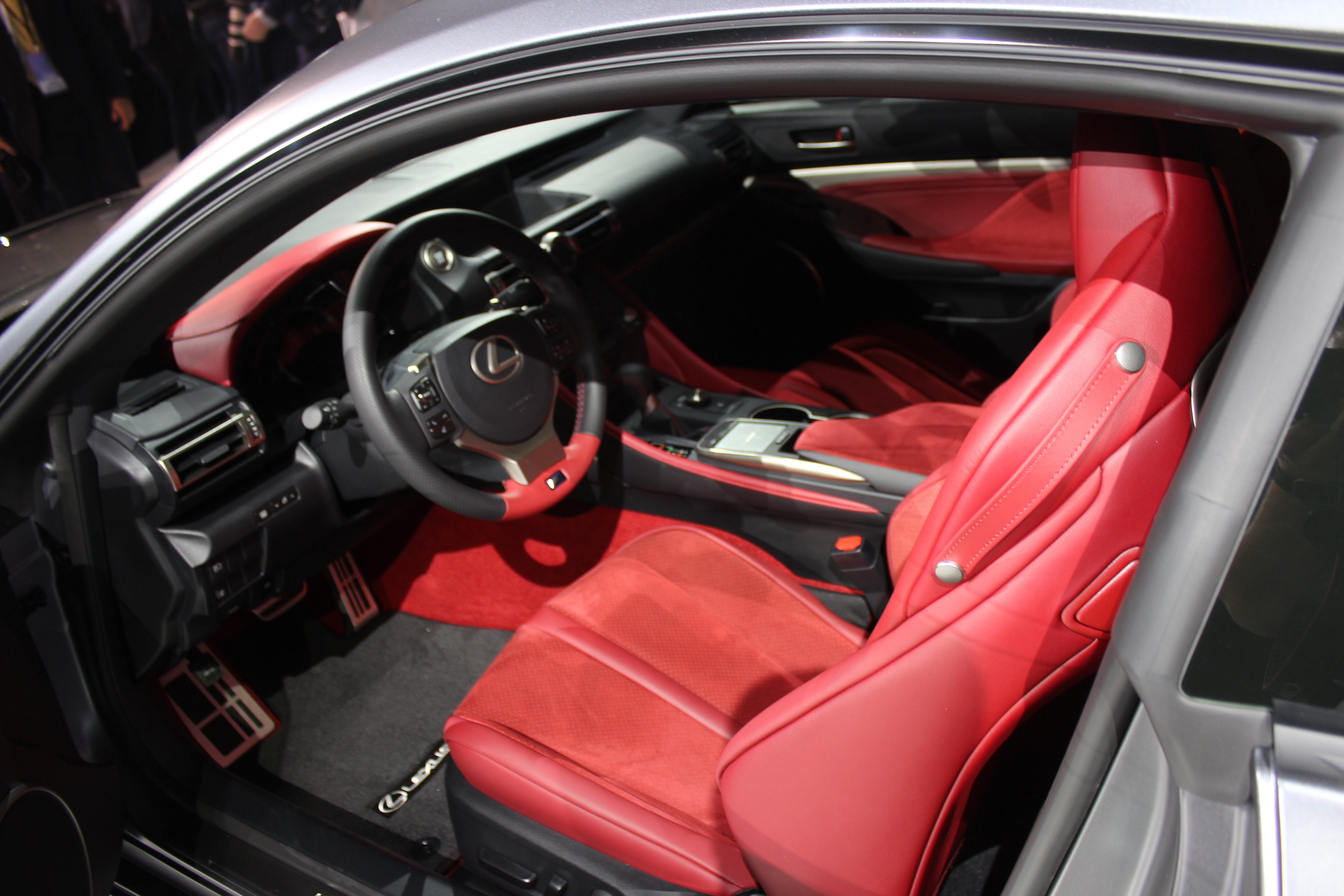 176 pounds have been shaved from the Track Edition thanks to a carbon fibre roof, hood, front splitter, rocker panels, rear diffuser, and wing as well as a standard titanium exhaust system. Power is the same as the RC F, but the weight savings do allow for a claimed sub-four-second 0-60 mph time.

Of course, once you start going at speeds like that, you need to be able to stop and turn just as quickly. With that in mind, Lexus turned to Brembo for carbon ceramic brake rotors hidden behind 19” alloy wheels. Helping round out the handling package is a fixed rear wing (the standard – if you can call it that – RCF gets an active item) and the front splitter and the canards attached to it are functional.

Inside, the Track is differentiated by its red seats, red carbon trim, and Alcantara suede upholstery. Just Ultra White and the Track-specific Nebula Gray exterior colours will be available when production starts in spring of ’19. Look for pricing closer to that date. 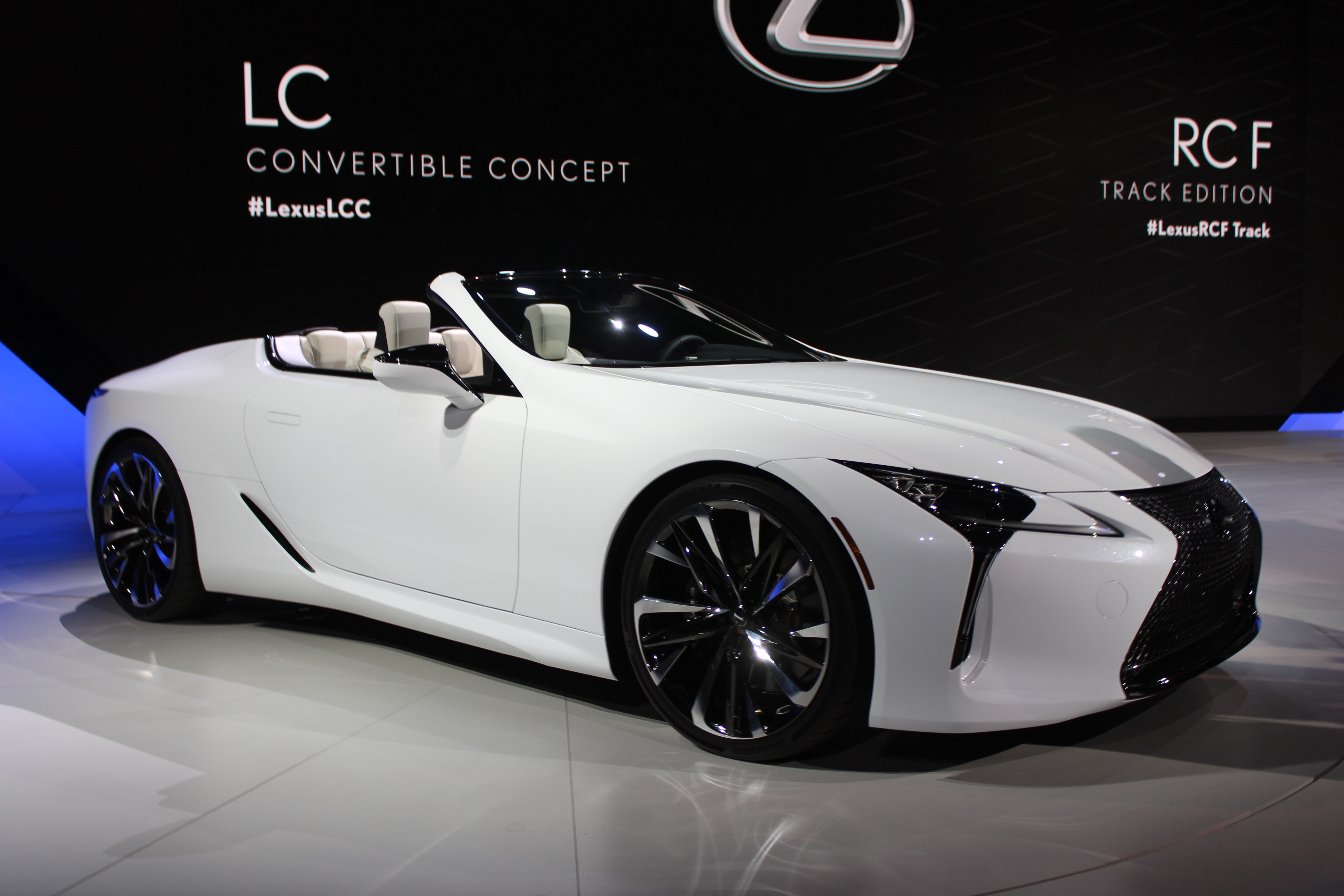 In addition to the track-specific, well, Track Edition, Lexus brought along something from the opposite end of its performance car spectrum: the LC Convertible Concept.

Well, they call it a “concept”, anyway but one has to believe that this is a model that’s absolutely destined for production. With its big wheels, huge fender panels and grille and headlights it looks outlandish to be sure, but that’s what we said when the coupe version was revealed and guess what? It made it to production pretty much unchanged. No reason to believe the convertible won’t, too. Just imagine cruising along in this spaceship of a drop top, wind in your hair, warbling V8 ahead of you; this is not your grandfather’s Lexus. 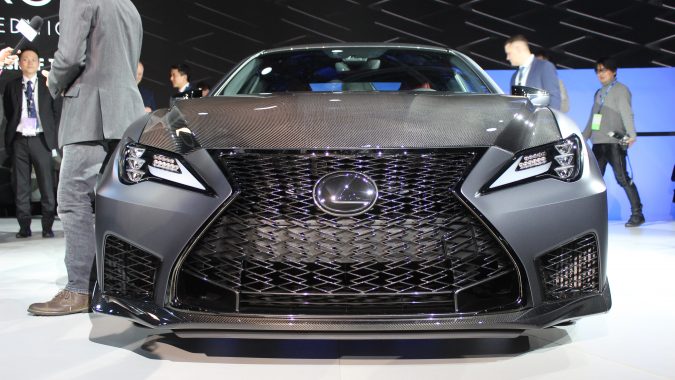 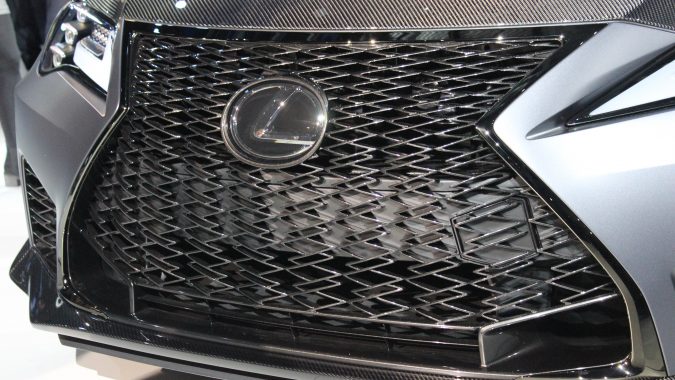 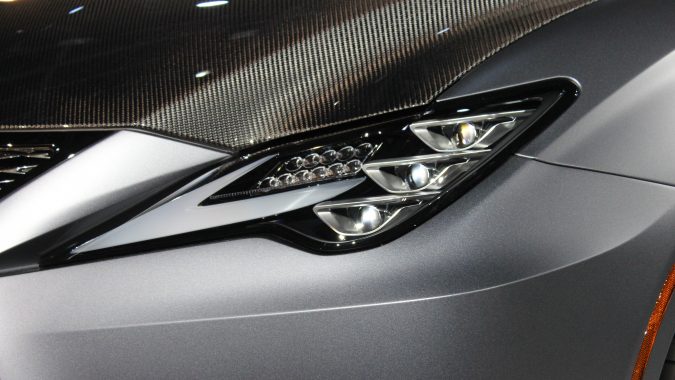 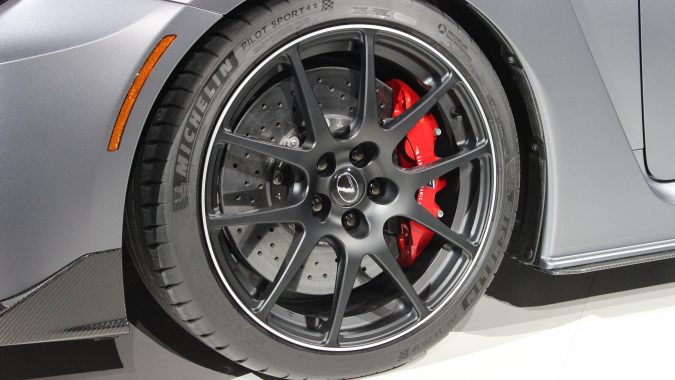 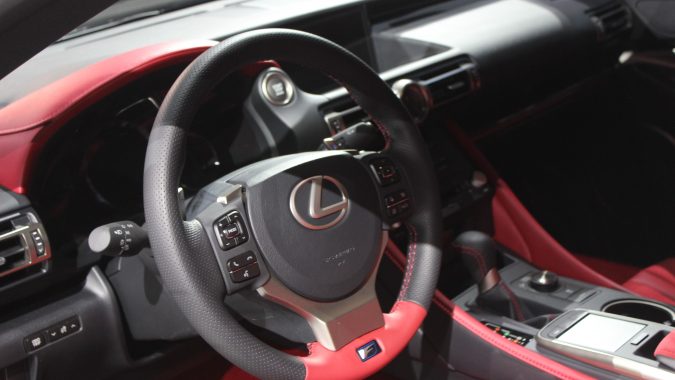 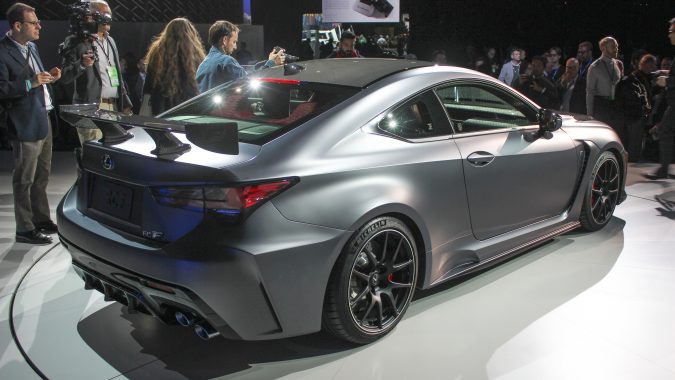 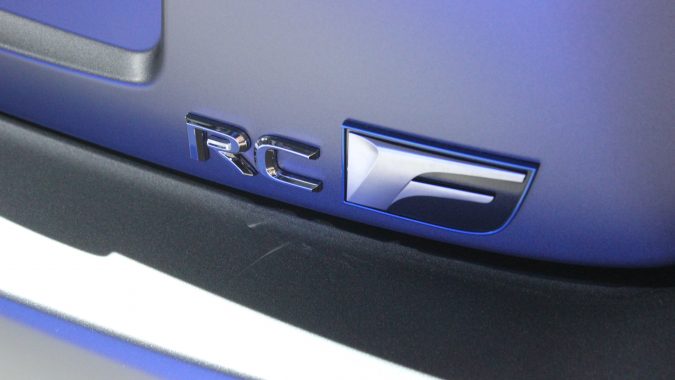 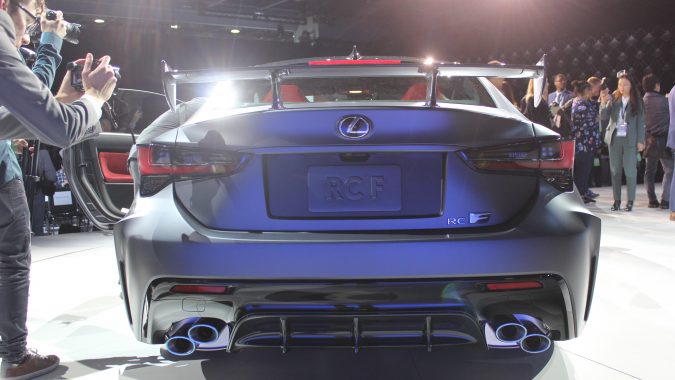 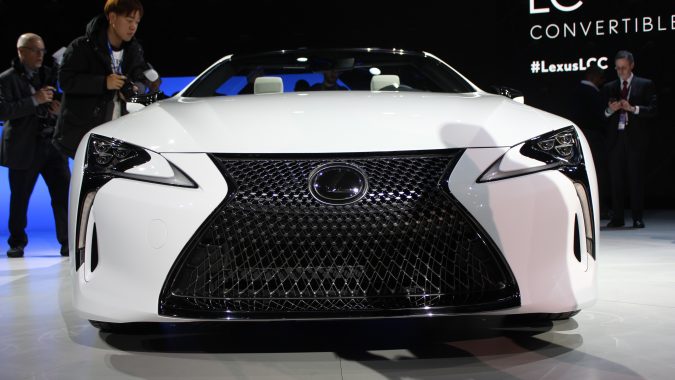 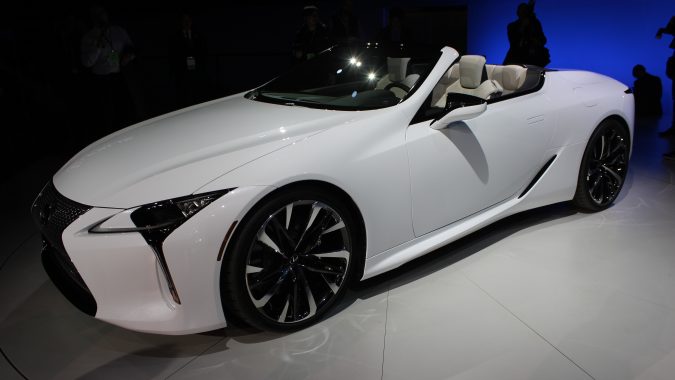 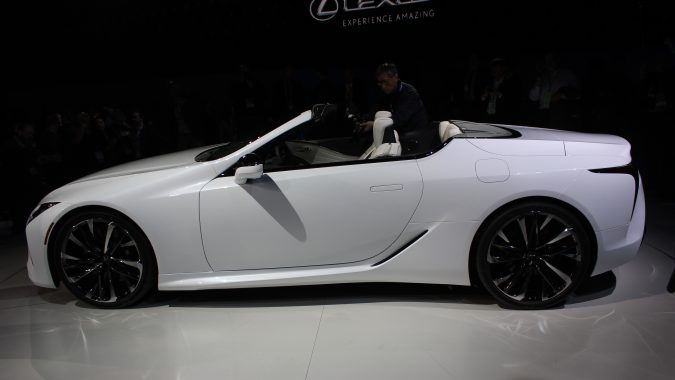 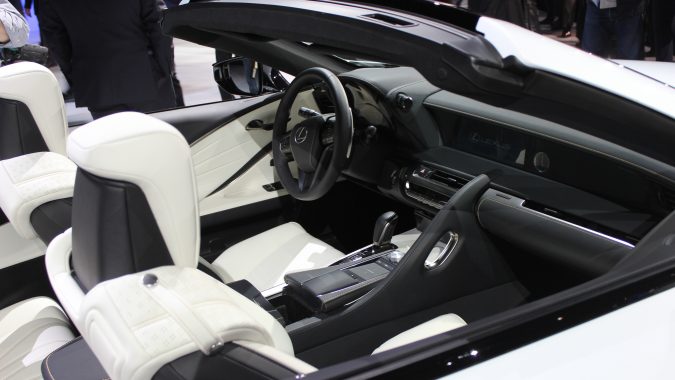 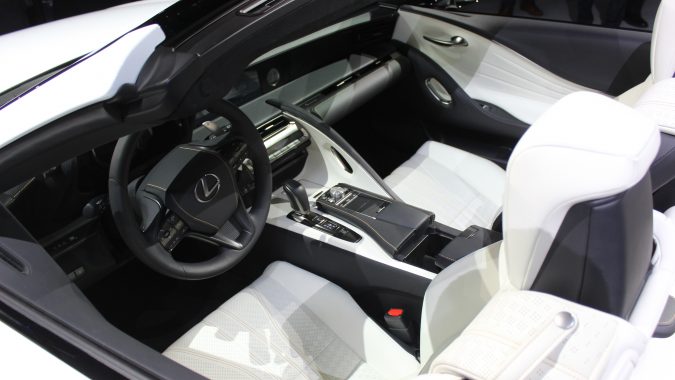 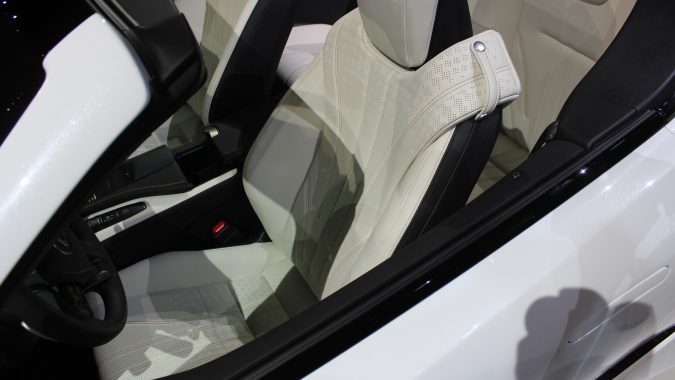 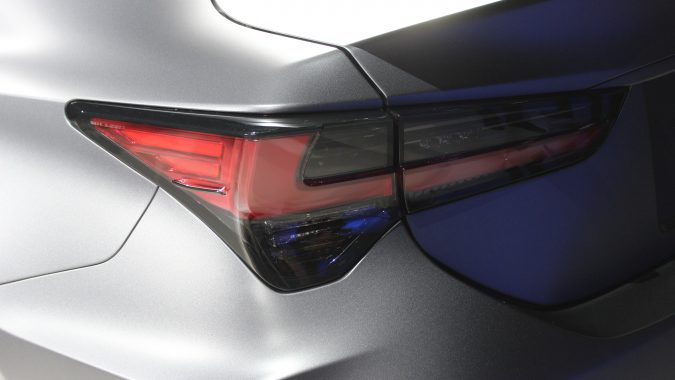 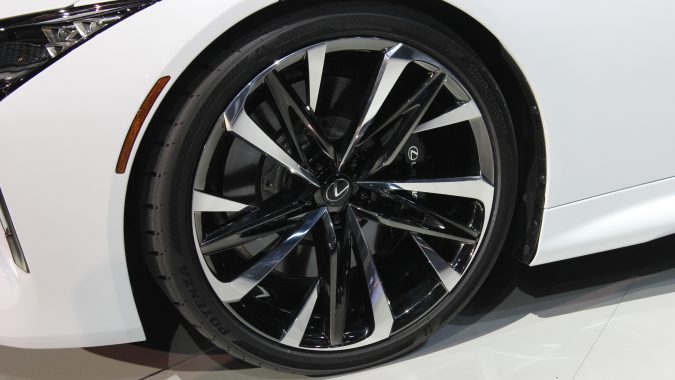 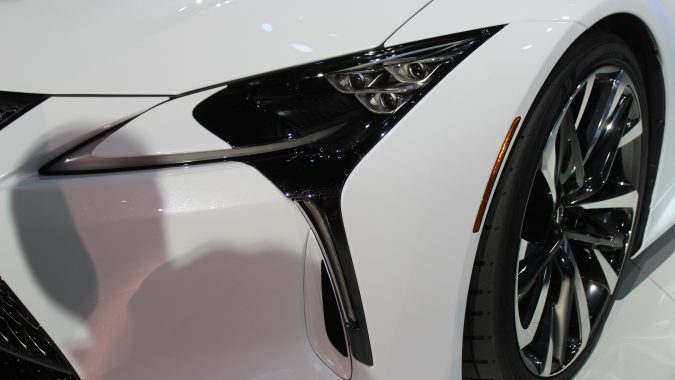