Vanilla Ice fans take note: that’s a true 5.0 in there.

Are you always late for your game of golf? Tired of being the last one to show up at the clubhouse? Then Lexus has the answer for you in the form of its 2020 RC F and RC F Track Edition.

Freshly refurbished for 2020, the RC F makes like a recently divorced socialite by shedding a bit of weight and donning some new clothes. Taking things a step further is the Track Edition, a limited production model developed with input from Lexus race teams.

In a segment where the naturally aspirated eight-cylinder used to be the norm, such a configuration is now an engine extant, and the RC F is better off for having it underneath its bulging hood. Cranking out 472 horsepower and 395 lb.-ft of torque, the V8 gets a redesigned airbox and fettled throttle mapping for 2020. Vanilla Ice fans take note: that’s a true 5.0 in there.

All new RC F models stick to the road with a set of Michelin Pilot Sport 4 S tires, sized 255/35R19 up front and 275/35R19 in the rear. These aren’t just any off-the-shelf hoops, with the French tire maker giving the RC F rubber a revised shoulder profile and differently shaped grooves compared to a stock set of Pilot Sport 4 S tires. 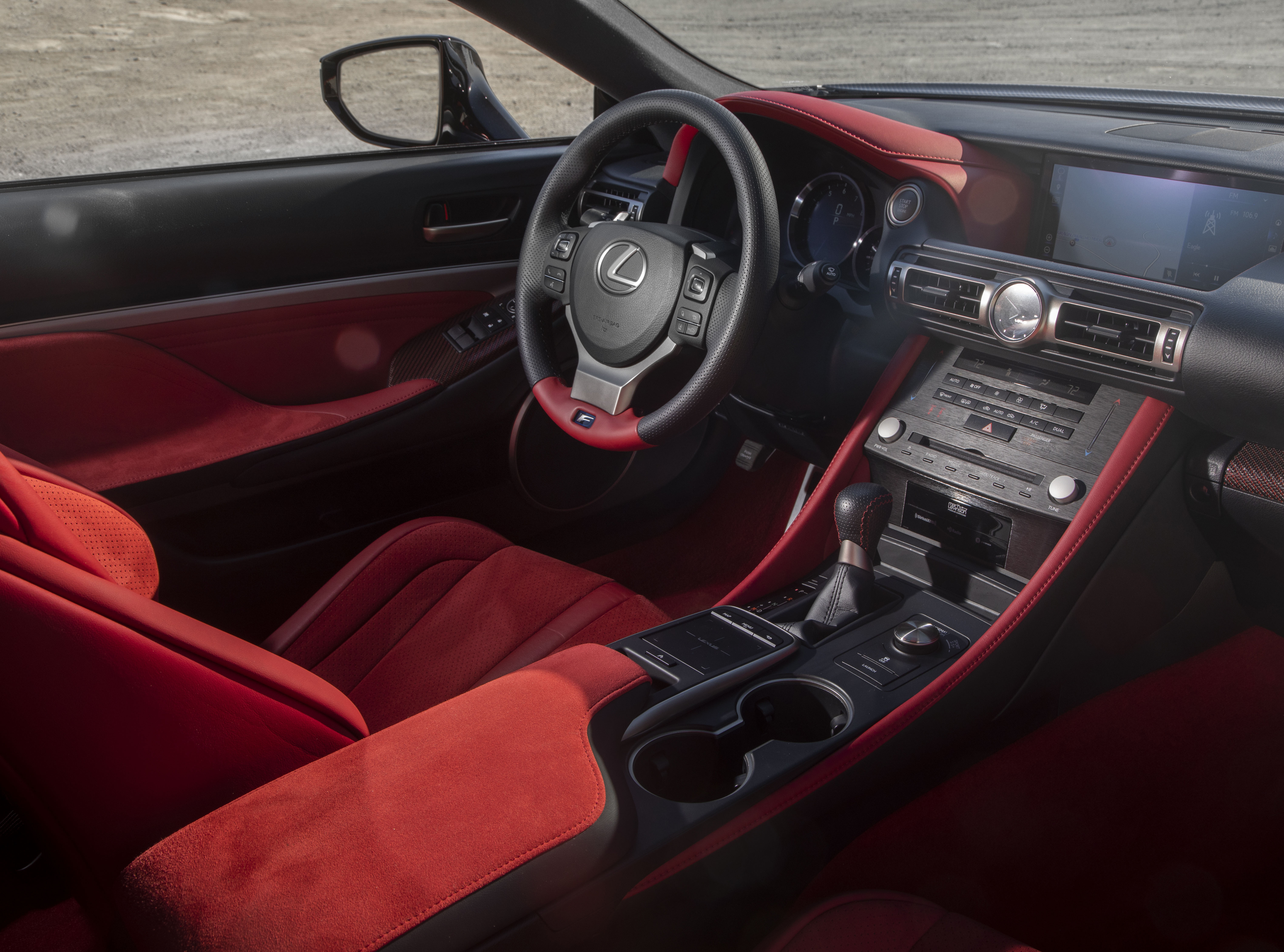 Cranking things to eleven is the RC F Track Edition, a car which comes standard with Brembo carbon ceramic brake rotors pinched by six-piston Brembo calipers the size of bread loaves. Those rotors are significantly lighter than their steel counterparts, contributing to a 48.5-pound total reduction in unsprung weight. In fact, the entire car has been whittled down to 3781 pounds, which is 176lbs less than the previous RC F.

On the Track Edition, the calipers are painted red to ensure that lodge members can distinguish them at a distance from the plebeian orange calipers used on a standard RC F. All Track Edition models come standard with a carbon fiber roof and hood along with switching to a carbon fiber partition behind the rear seats. Many of these carbon fiber pieces are made on the same line that supplied the Lexus LFA during its two-year production run. Hey, Lexus has gotta pay for all that idled tooling somehow.

Track Editions also benefit from a front splitter and fixed rear wing, two units which conspire to mold the wind into any shape it damn well pleases. The result is a reduction in coefficient of lift by 0.034 compared to an active spoiler, or up to 58 extra pounds of downforce. Add it all together and the RC F Track Edition should hit 100km/h from rest in a mite under four seconds.

Both the 2020 Lexus RC F and the RC F Track Edition have started production and will be available at dealers soon. The remainder of your golfing foursome will never have to wait on you again. 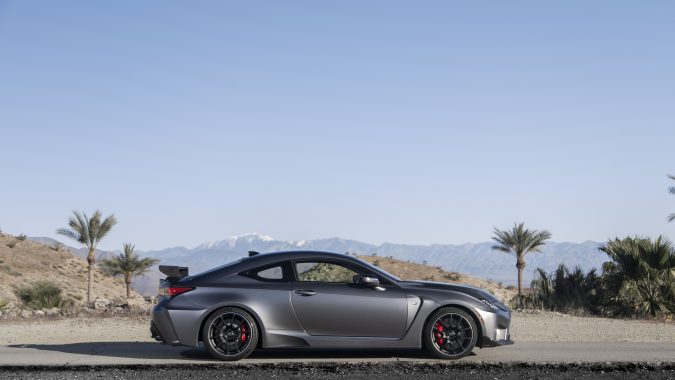 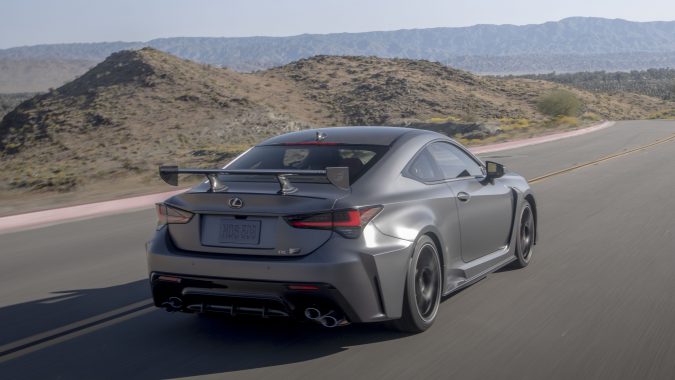