Rumours have been swirling all year about the introduction of a large, three-row SUV from the Korean automaker. Set to be positioned higher up the food chain than the existing Sorento, this summer’s speculation suggested a tall and blocky machine able to do battle with the Explorer and Grand Cherokee. It appears most of that gossip was correct.

Making its first public appearance in New York, the 2020 Kia Telluride is an eight-passenger model, said to be powered by a V6 engine and all-wheel drive. Final details are still forthcoming, however it is safe to say power will come from one of the existing engines in Kia’s corporate cupboard. The 290hp 3.3-litre is a good bet, while a version of the 365hp twin-turbo V6 would make for a tasty option. Bank on an eight-speed automatic, too.

The company is vague on specifics about its size but describes the Telluride as measuring several inches longer and wider than Kia’s current seven-passenger midsize SUV, the Sorento. That machine is roughly 4800mm in length, about the same as a Grand Cherokee but nine inches 230mm shorter than an Explorer. The Telluride could neatly split the difference. For comparison purposes, Chevy’s jumbo Suburban is 5690mm long.

Boxy and square, the Telluride does a good impersonation of a truck-based SUV, despite what is likely a unibody platform. With the SUV and crossover markets growing by leaps and bounds, this squared-off rig is likely to attract buyers who are enamoured with macho, truck-like styling choices. 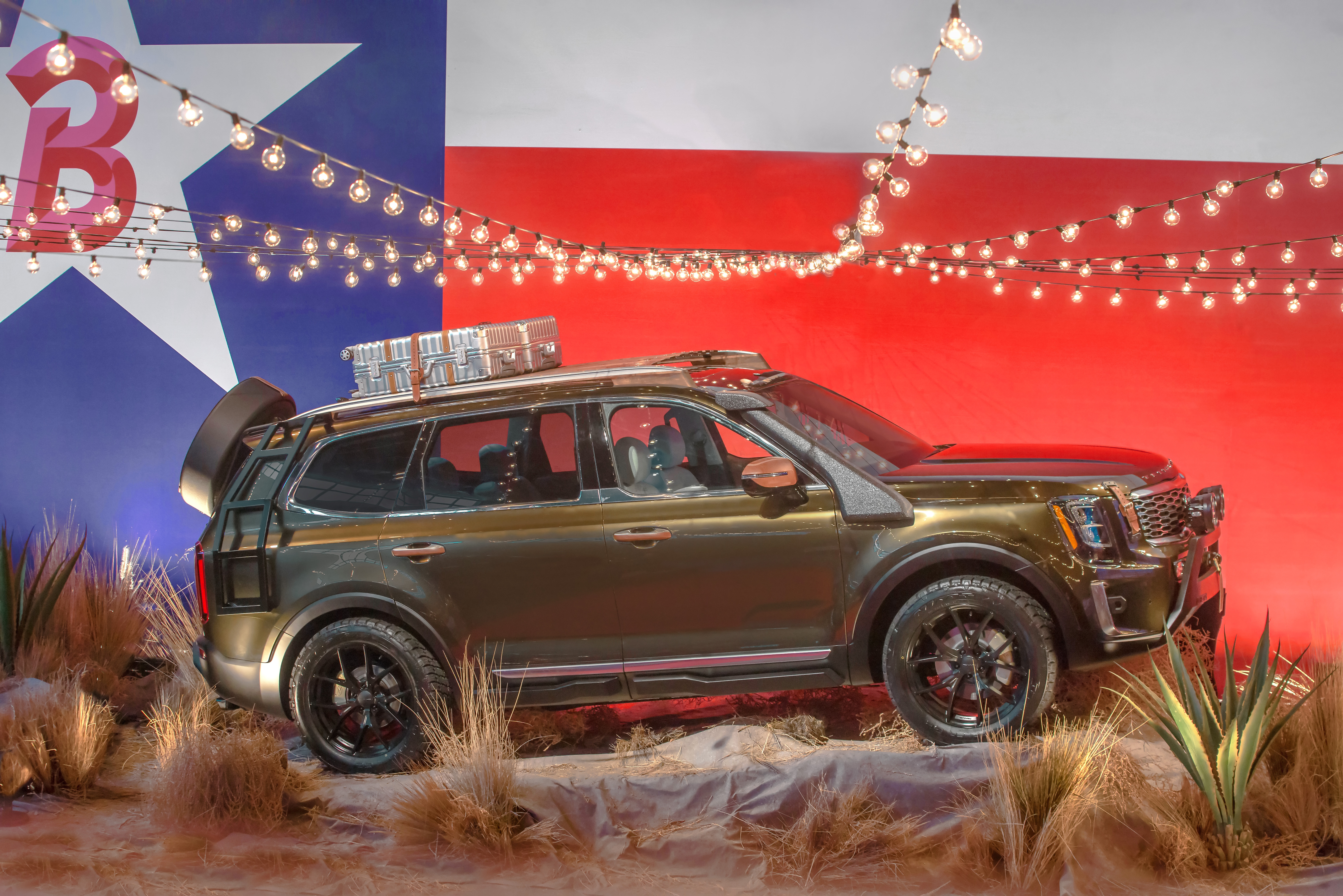 Kia decided to debut the Telluride at the New York Fashion Week, prompting the company to festoon the lantern-jawed 4×4 with all manner of haute accoutrements, including leather coverings over the exterior rear-view mirrors and door handles, not to mention the sky-high rear tire carrier. Those features surely will not make it to production.

Don’t be too quick to write off the sumptuous interior, however. While the production SUV will likely not have a dashboard made of wood such as the model seen here, Kia could be using it as a test bed to gauge reaction for an interior lined with similar colours but using more traditional car-building materials. The rest of Telluride’s interior draws heavily on components found in current Kia models, giving us a very good idea of what the actual vehicle will look like.

Expect the company to introduce a production-grade Telluride at either the upcoming L.A. Auto Show in December or the North American International Auto Show in January. Set to be assembled at Kia Motors Manufacturing in America, it will likely go on sale early next year. 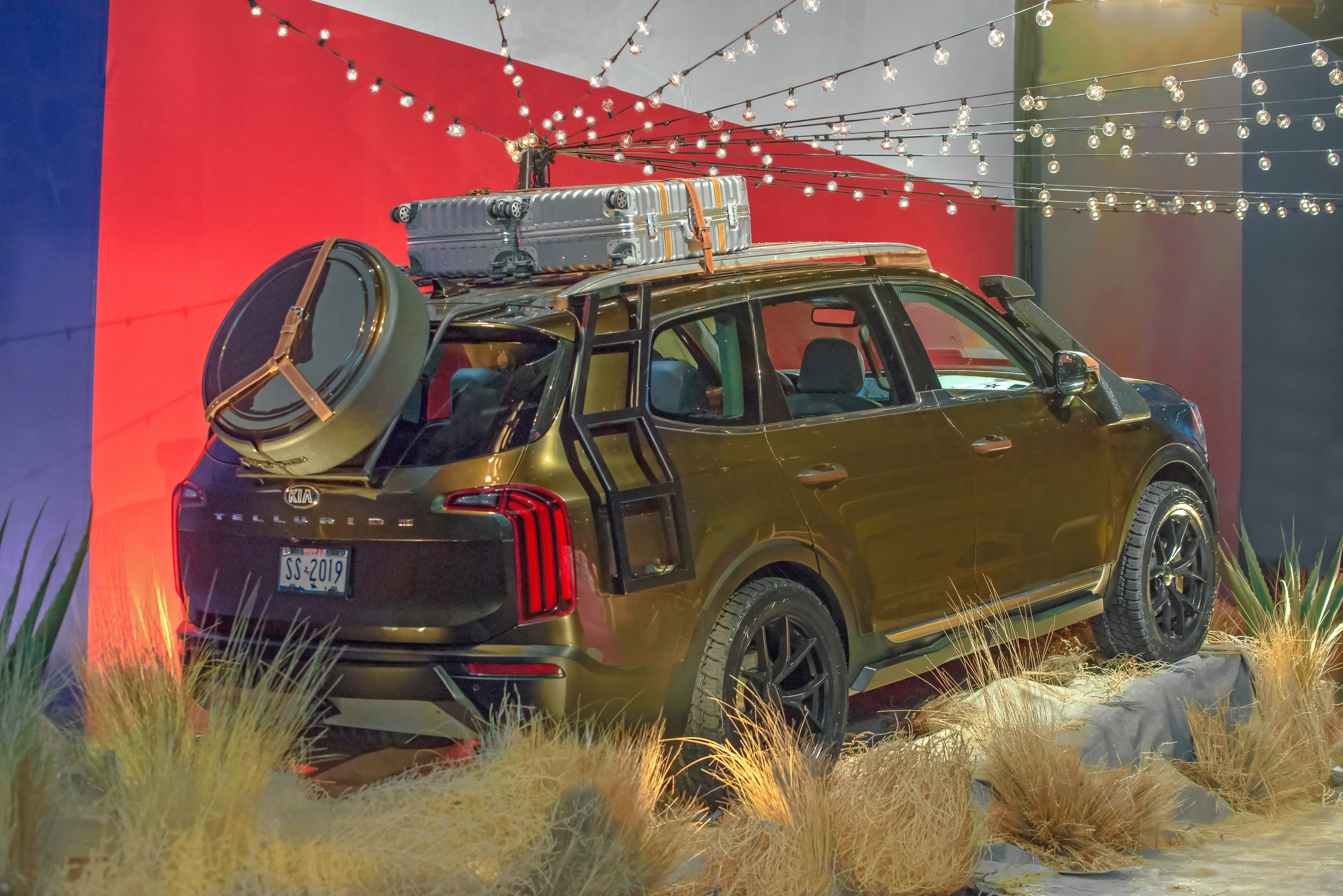 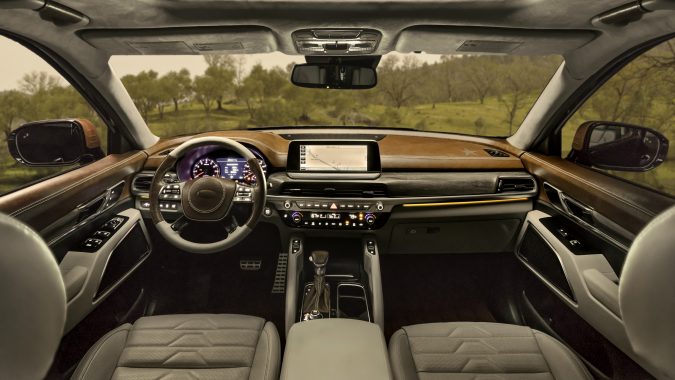 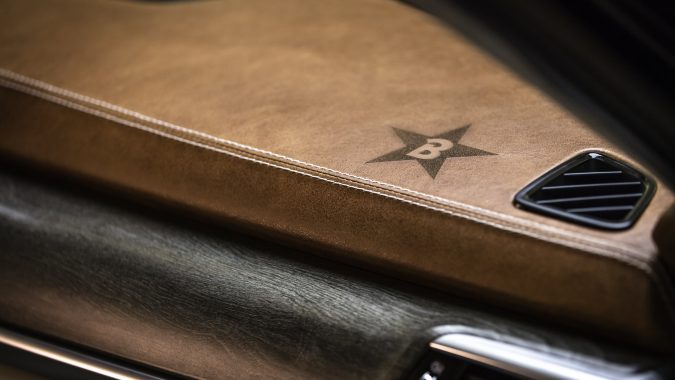 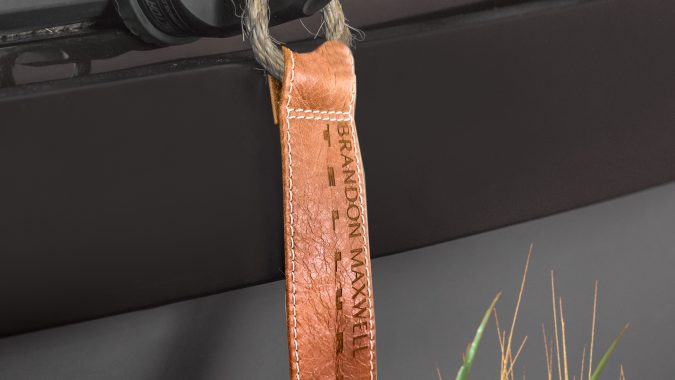 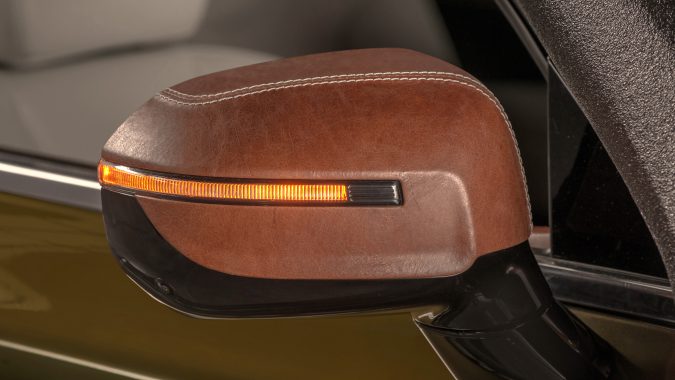 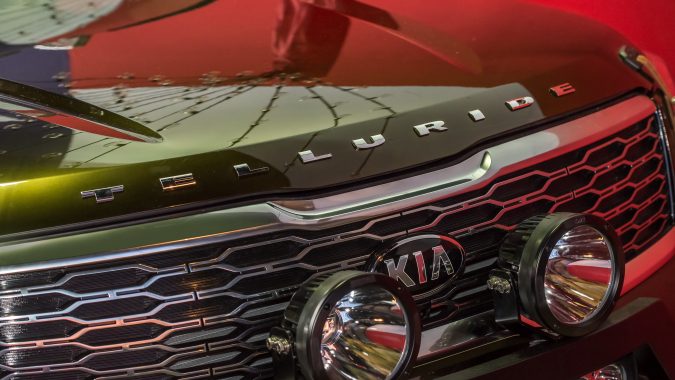 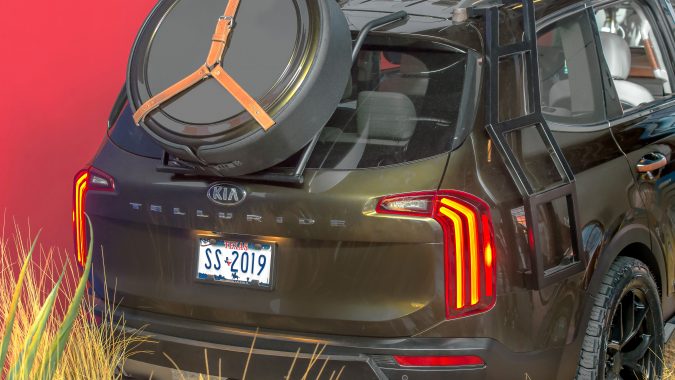 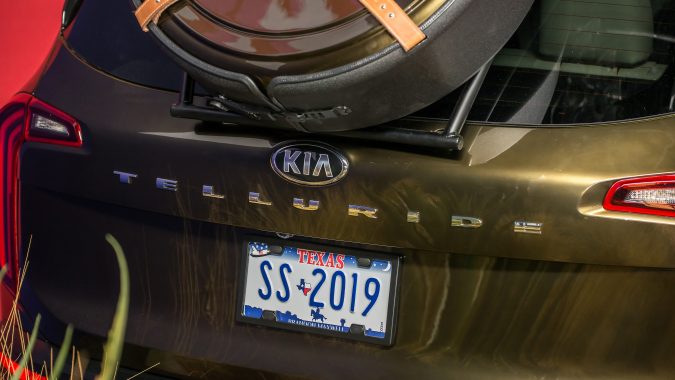