Kia's funky box on wheels is the essence of cool design.

Don’t look now, but the Kia Soul has managed – in a very short time, mind – to become one of the most distinguished shapes in all of motoring, right up there with the likes of the BMW i3, the Porsche 911, and Mercedes G-Class. Actually, that last one’s even more pertinent as, like the Soul, it’s little more than a basic two-box shape – you know, the kind you used to draw as a kid – but it’s precisely for that reason that it resonates so well. In this day and age of jellybean everything, sometimes it’s just nice to get back to basics, you know? Odd that the press release they issued after its reveal at the 2018 Los Angeles Auto Show said “design beyond the box”, though – that box is what the Soul’s all about!

So it goes that the next-gen Soul – called, affectionately, “Soul III” during Kia’s presentation – gets some new stylistic flare to be sure, but stays true to the shape it’s always had. Indeed, Kia would be remiss not to ensure that was the case; we can’t all be Mitsubishi and slap a well-known name badge on a completely different car (ahem, Eclipse Cross) now, can we?

Chief among the stylistic addition is a much slimmer fascia, whose ultra low-profile DRLs look slick (the actual headlights are mounted in the bumper below) but are a little reminiscent of the items seen on the recently-revealed Chevrolet Blazer. No matter, really; it looks pretty cool there, and it looks cool here, too. ‘Round back, we see a bit of derivative styling as well in the way the taillamp lenses span the height of the roof pillar like – that’s right – the Volvo XC60. Then again, the Soul’s always had vertical items, and it’s pretty clear that Kia wasn’t about to change that. They did do a few things, though: larger front fender panels, c-pillars inspired by airplane wings, and an enlarged two-tone grille all combine to provide a proper evolution to the Soul’s design. 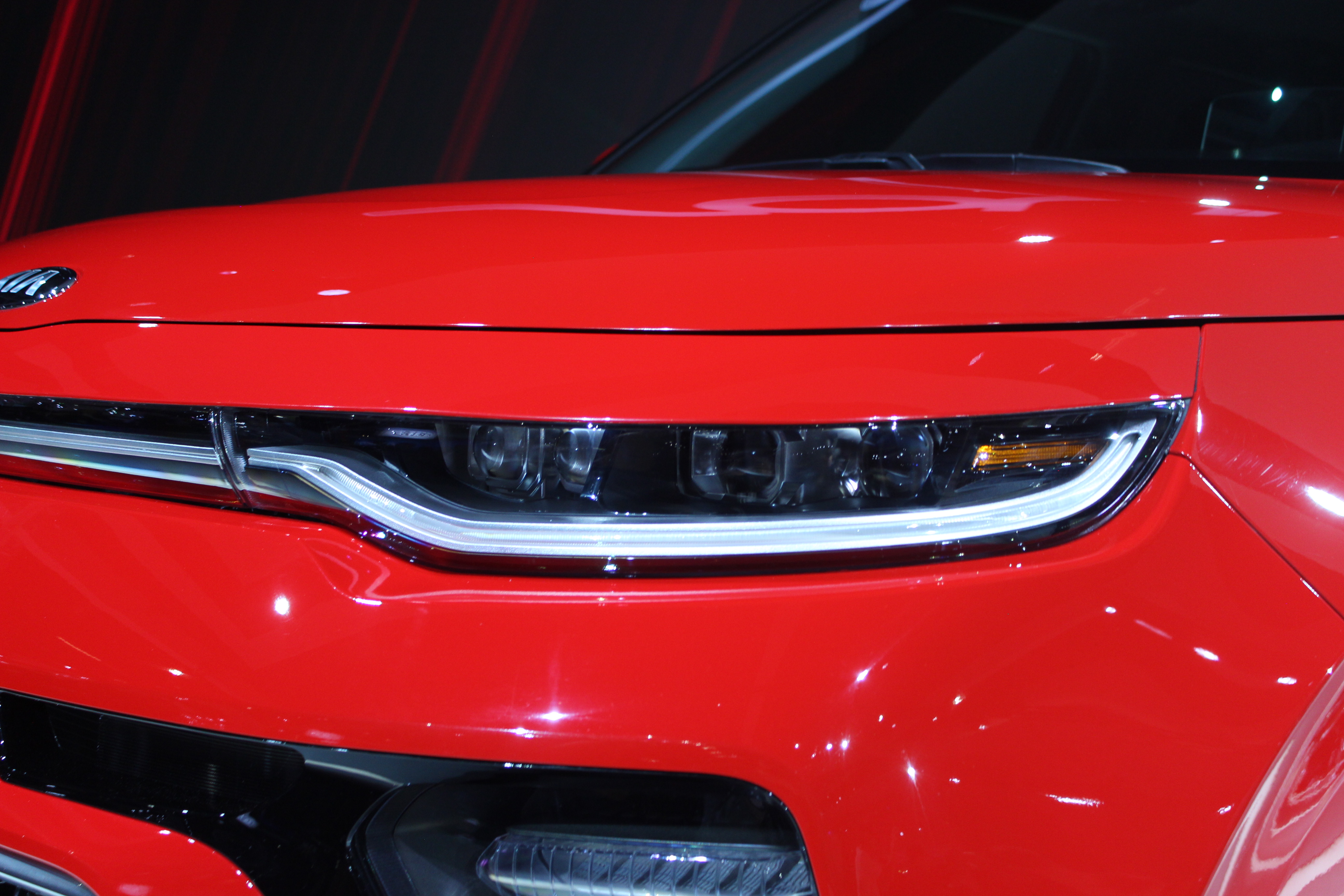 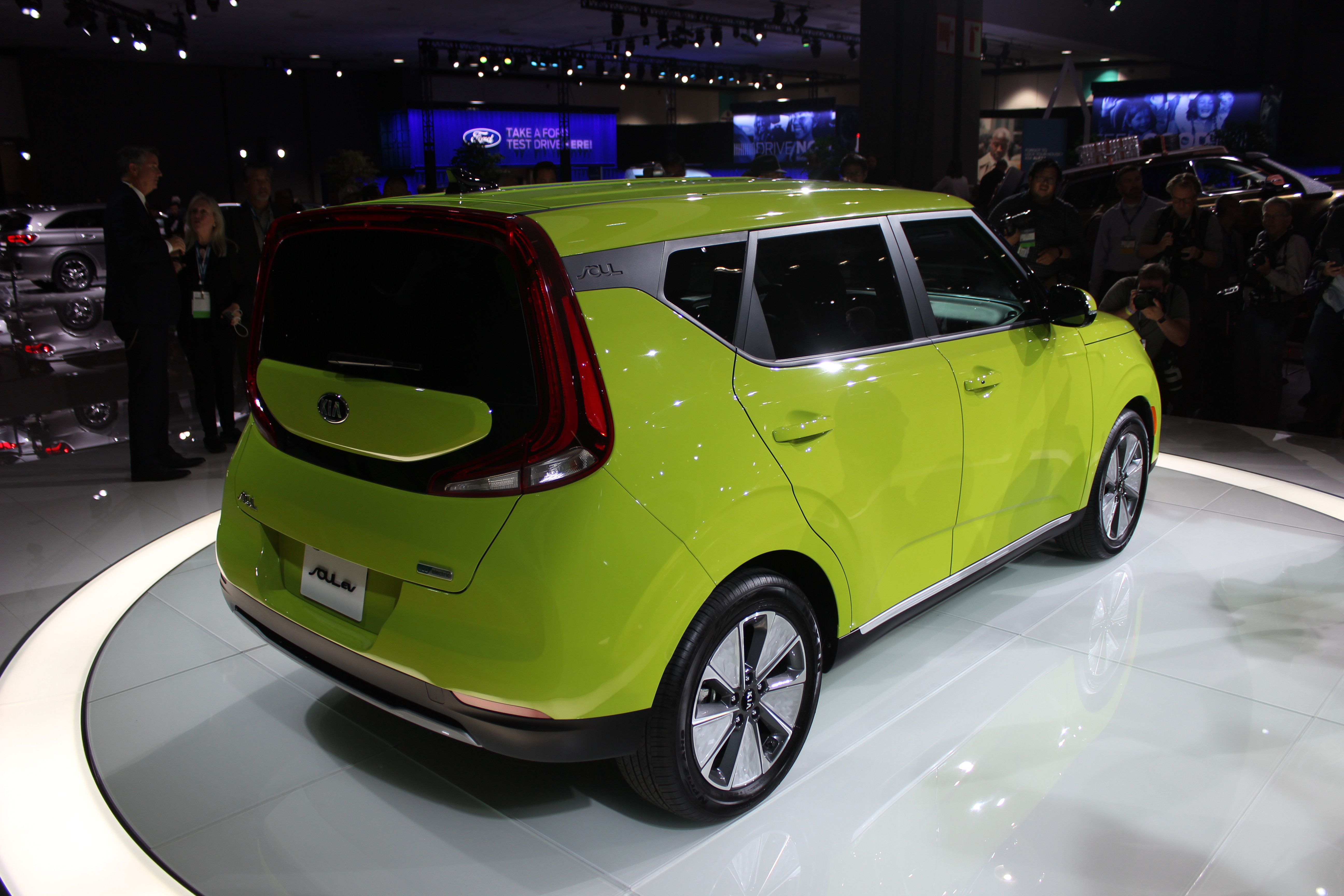 While we’ve kind of always had three Soul models – standard, Turbo, and EV – Kia has taken it a step further by providing a “GT-Line” and an “X-Line”. The former is the sportiest of the bunch with monochromatic styling and 18-inch alloys, while the X-Line with its plastic cladding and optional two-tone paint is aimed at more outdoorsy types. There’s even a more upscale EX-Designer model that gets a two-tone roof and wheels and LED headlights. While the Soul seems a youthful vehicle, its comfortable interior environs, and high driving position are ideal for older buyers, so you can see where they’re going with the EX-Designer model.

The interior digs are punctuated by two main features: a large 10.25” widescreen infotainment display and an evolution of the muticoloured speaker lights (that can be set to dance with whatever music you’re playing) found on the previous-gen model. Now, the light not only surrounds the speakers but shines through the speaker grilles as well for an even more dance-clubby vibe. Why not? Why shouldn’t the interior be as funky as the exterior? The speakers, meanwhile, are your connection to the available 640 watt Harman Kardon sound system, which puts out twice the wattage of the old car.

Two gas engines will be available: 2.0L naturally-aspirated four good for 147 hp and 132 lb-ft of torque, and a turbocharged 1.6L with 201 hp and 195 lb-ft, which is the same as was offered by last year’s Soul Turbo. The EV, meanwhile, also makes 201 hp but supplants that with 291 lb-ft of torque, available from zero rpm because it’s an EV and there are no rpms. Kia is still performing range testing but did say the latest Soul EV is compatible with CHAdeMO fast chargers, meaning you can get 160 km of range in 30 minutes.

There is one big change under the hood though (well, under pretty much the whole first half of the car): the addition of what Kia calls an Intelligent Variable Transmission. As soon as I heard that, I thought “oooh boy. That sounds like a CVT” and sure enough, it is. It’s too bad; when I tested the Turbo earlier this year, I said that if it was offered with a manual transmission – or even a pair of paddle shifters – I’d actually consider it against a Honda Civic Si. I was hoping that this new gen would be a step in the right direction but when it comes the track record of CVTs, it’s actually a step in the opposite direction. Luckily, said transmission is available only with the 2.0L cars; 1.6 turbo models get a seven-speed dual clutch auto that – huzzah! – now has a pair of paddles to go with it.

The bottom line, though, is that Kia – like Porsche with the latest 911, also revealed in LA – has managed to move the styling along without forgetting the Soul’s roots. That’s a very good thing. 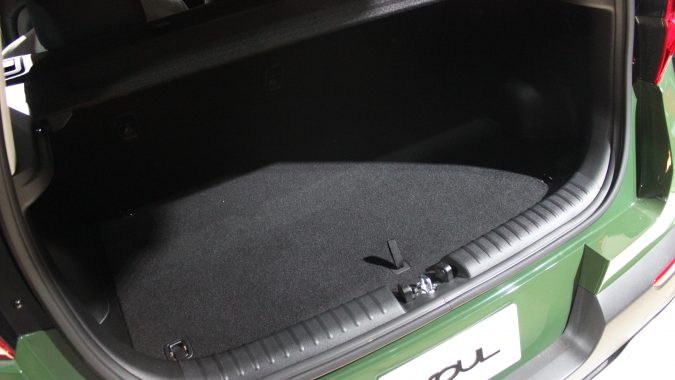 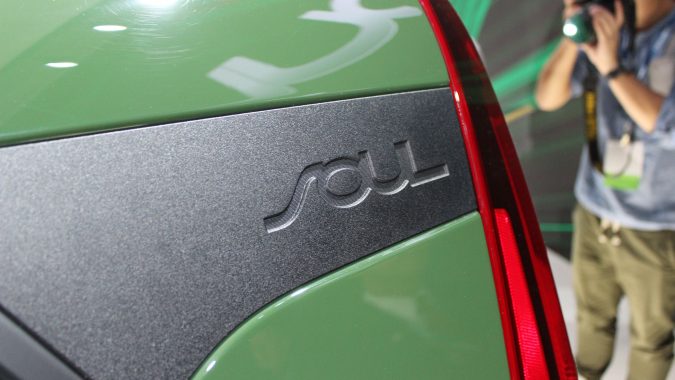 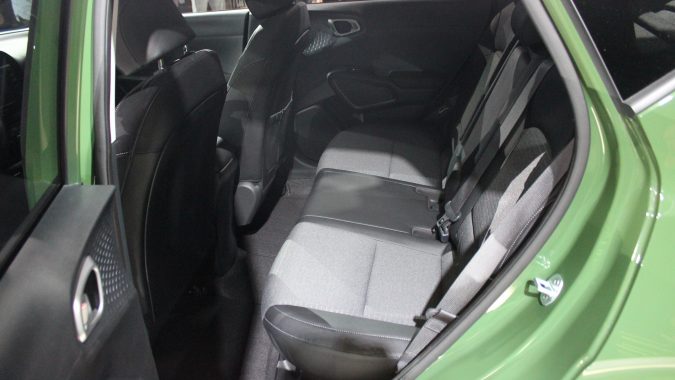 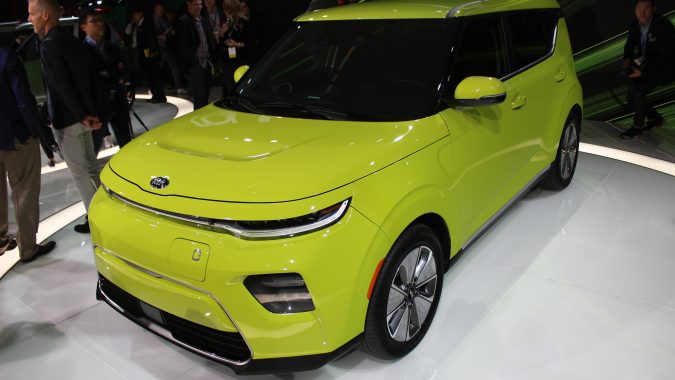 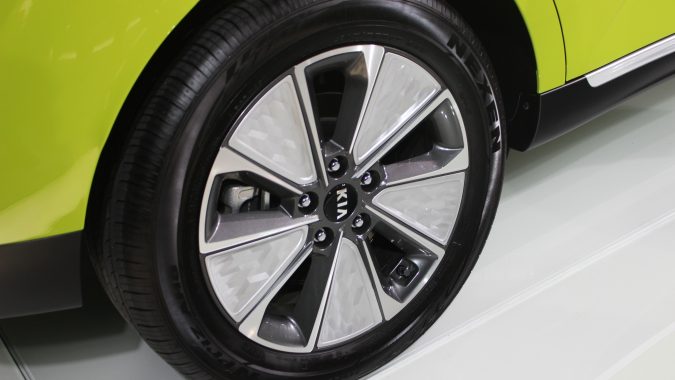 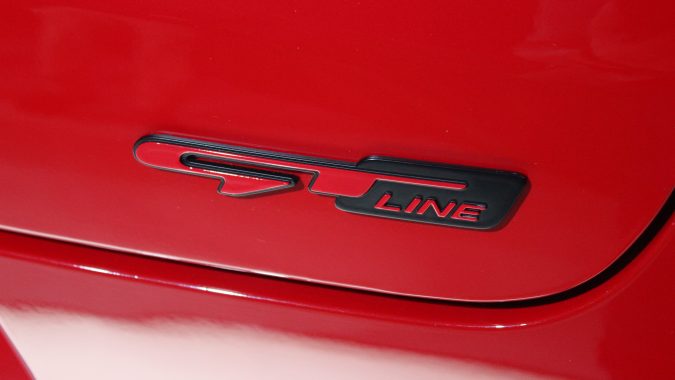 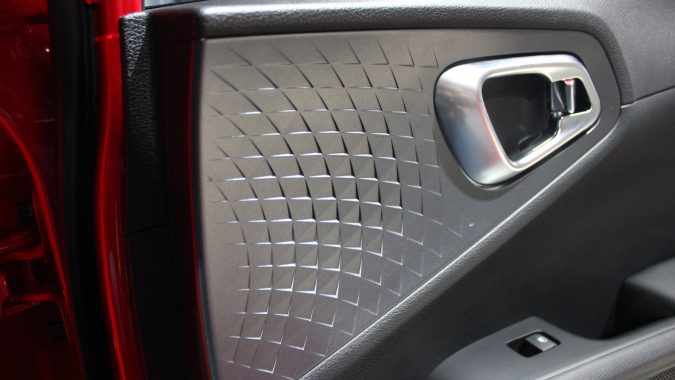 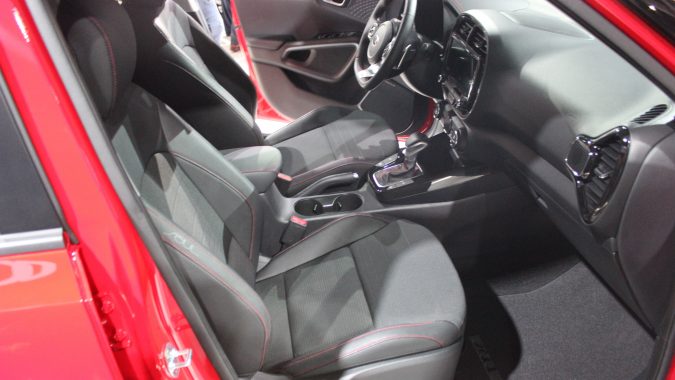 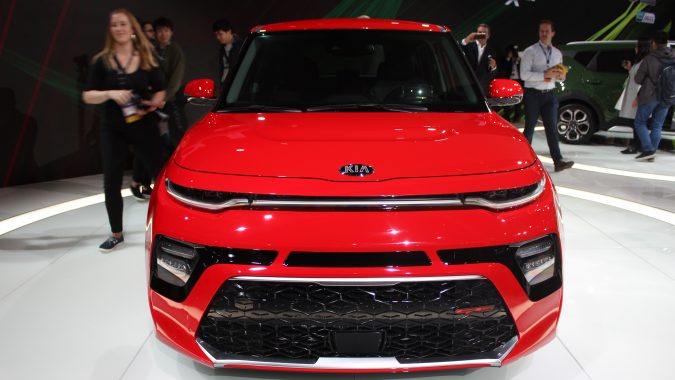 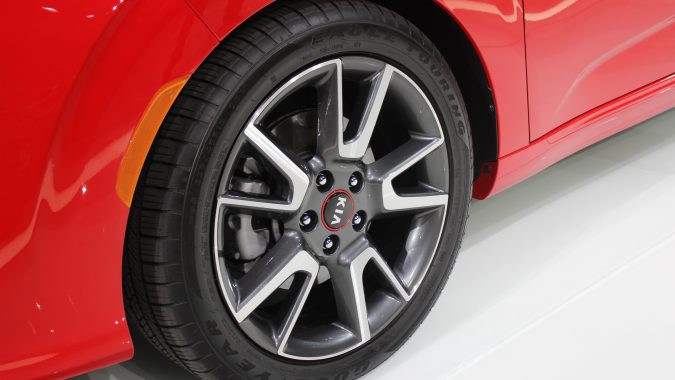 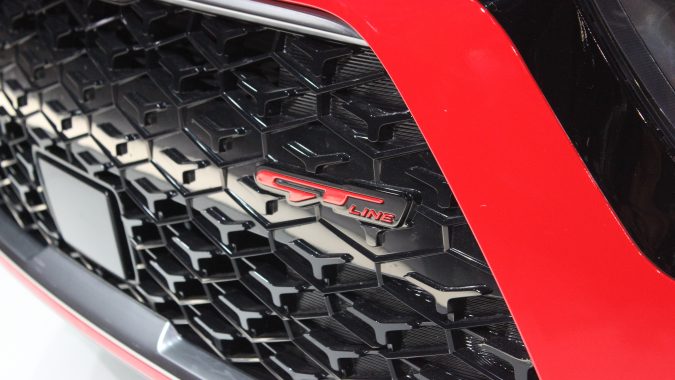 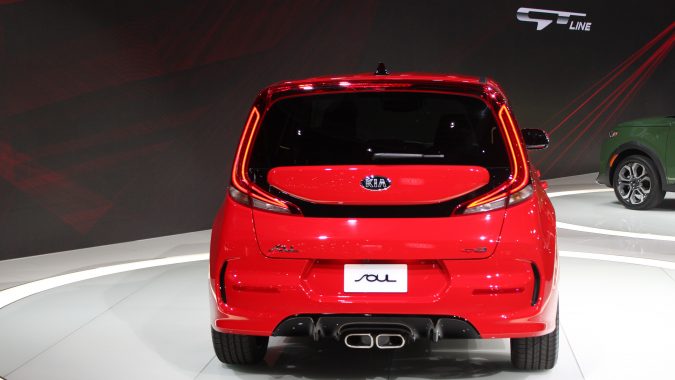 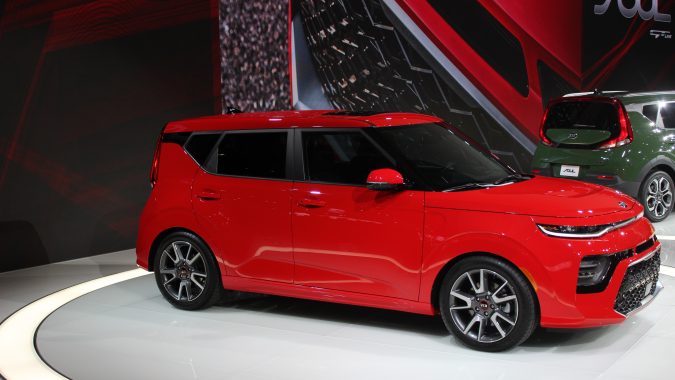 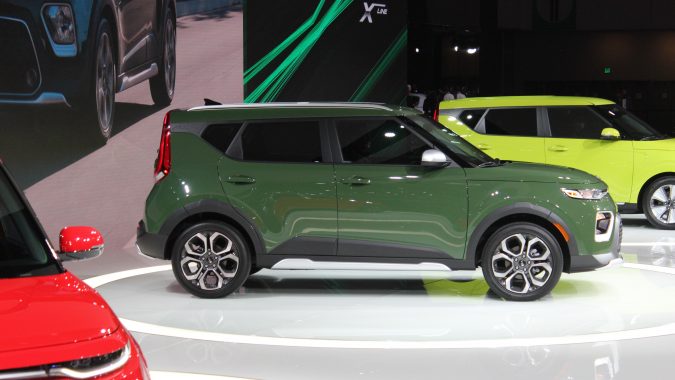