This new 7.3L delivers its performance in a relatively compact package given its displacement.

Join the Conversation (0)
This is a great year to be a truck fan. Other Detroit manufacturers have shown us new versions of their heavy-duty pickups; now, it is Ford’s turn to wade into the war ... and they’re armed to the teeth.

The big news for 2020 at the Blue Oval is the introduction of something we don’t see much of anymore: a large displacement gasoline-powered engine. In addition to making improvements to its venerable 6.7L Power Stroke diesel, Ford has decided to build a honking 7.3L V8 for truck duty.

This new 7.3L mill delivers its performance in a relatively compact package given its massive displacement. Ford’s tight-lipped for now but is boasting that this giant engine is expected to be the most powerful gas V8 in its class. For comparison, the 6.4L gas V8 found in the Ram HD pickups makes 410 horsepower while Chevy’s 6.6L V8 gasser produces 401 ponies. Note that this new engine has a lot of tried-and-true technology including a cast-iron block and pushrods. It shares displacement with a popular Ford diesel engine from the late-90s/early-2000s as well.

As for the 2020 diesel, the company is calling it a “third-generation” version of the 6.7L Power Stroke, promising more horsepower and torque than the existing oil-burner which pumps out 450 HP and 935 lb-ft of torque. Ram just upped the HD truck torque wars by being the first company to crest the four-figure mark in a consumer-grade pickup, so don’t be surprised if Ford tops that number at some point in the future. For now, there is no mention of official power numbers – or towing ratings, for that matter – relating to any 2020 engine. 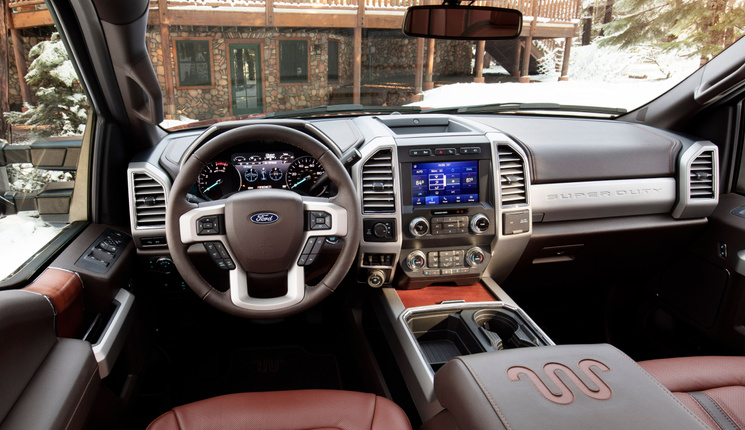 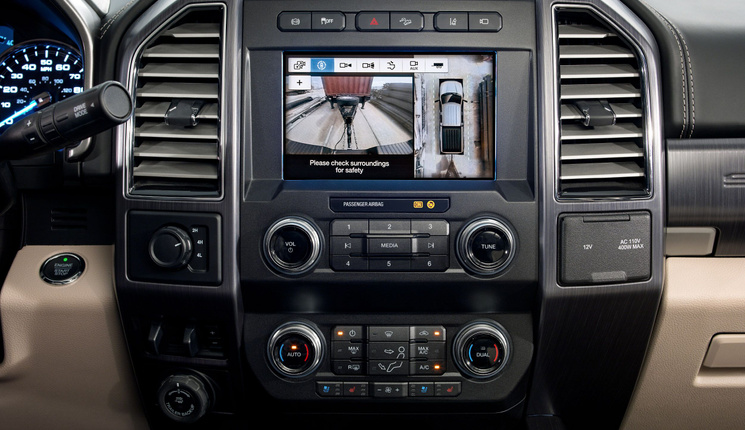 Ford has dumped a significant amount of work into modernizing the diesel, including a new 36,000-psi fuel injection system with all-new injectors. Structural enhancements to the block, heads, connecting rods, and pistons were made to increase strength so it can handle higher cylinder pressure and increased output.

Ford is making its new 10-speed automatic transmission available across all three engine offerings in 2020. This box features a wider gear ratio span than the old 6- speed and is designed to handle demanding towing tasks. The heavy-duty transmission continues to offer a live drive power takeoff, which allows the operator to engage industrial equipment and accessories, such as snowplows, with the truck in motion.

In addition to these powertrain changes, the 2020 Super Duty gains a redesigned front end and some new interior trappings. Pro Trailer Backup Assist makes the leap from its smaller F-150 brother, along with 4G LTE wireless and trailer coverage baked into the blind-spot monitoring system.

Offering an iron-block pushrod V8 might seem like a step backwards for Ford after years of building a catalog of EcoBoosted V6s but pushrod engines like this new 7.3L are relatively durable and cheap to operate – features which are prized by HD truck owners, especially fleets.

Assembled in the United States, F-Series Super Duty is built at Ford’s Kentucky Truck Plant and Ohio Assembly Plant. The new pickup will start shipping to dealers this autumn. 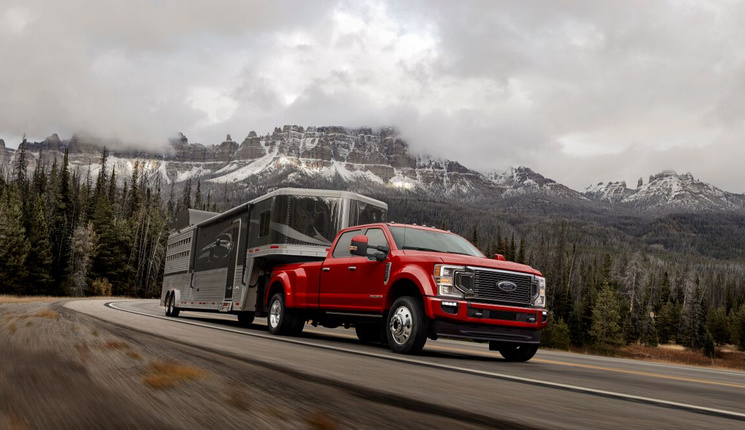 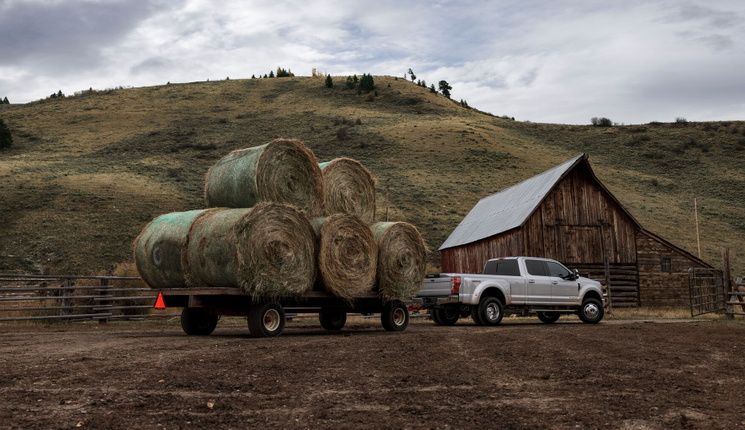 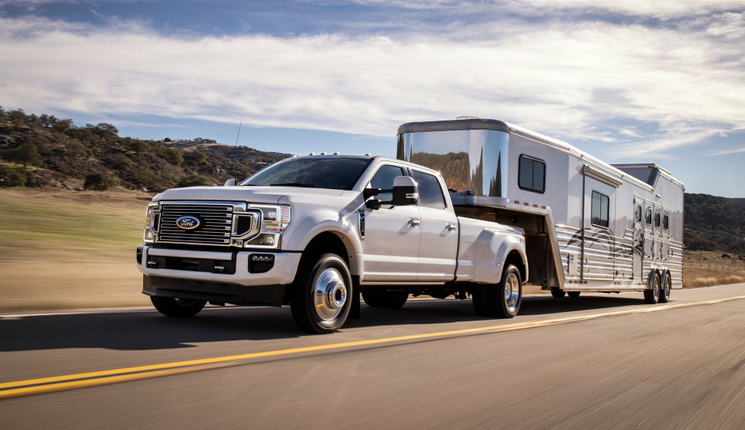 The Beginning of an RV Adventure with the Ford F-150