Sales will begin in Europe this autumn.

The relentless overhaul of Audi’s lineup continues apace with the launch of a revised A5 range, proving that not everyone has been snagged by the tentacles of a modern all-wheel drive crossover.

Slotting in between the junior A4 and exec-express A6, the fünf does a good job of infusing a bit of sport into the sometimes dour range of Audi sedans. Elements of the brand’s new styling language, particularly the enormous Singleframe honeycomb grille is now flatter and wider. Audi claims ventilation slits above the maw harken back to the original Audi Quattro but this author thinks you’ll have to use your imagination to make that particular leap. 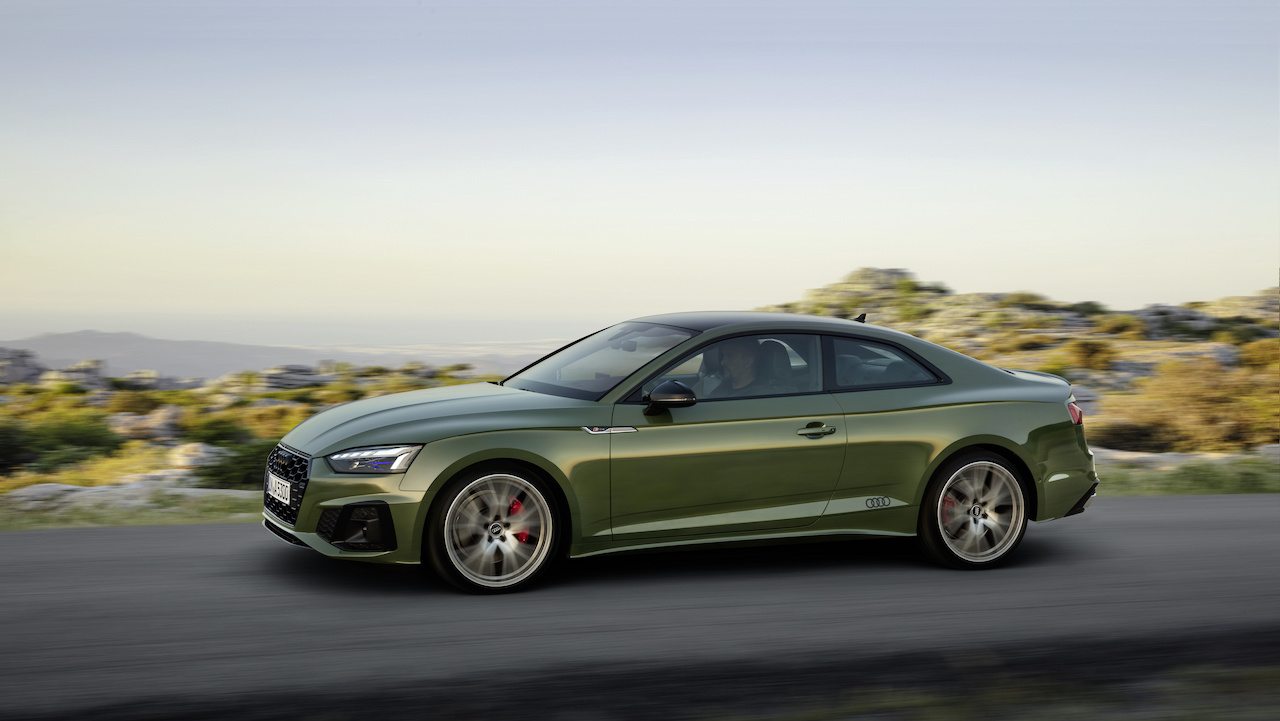 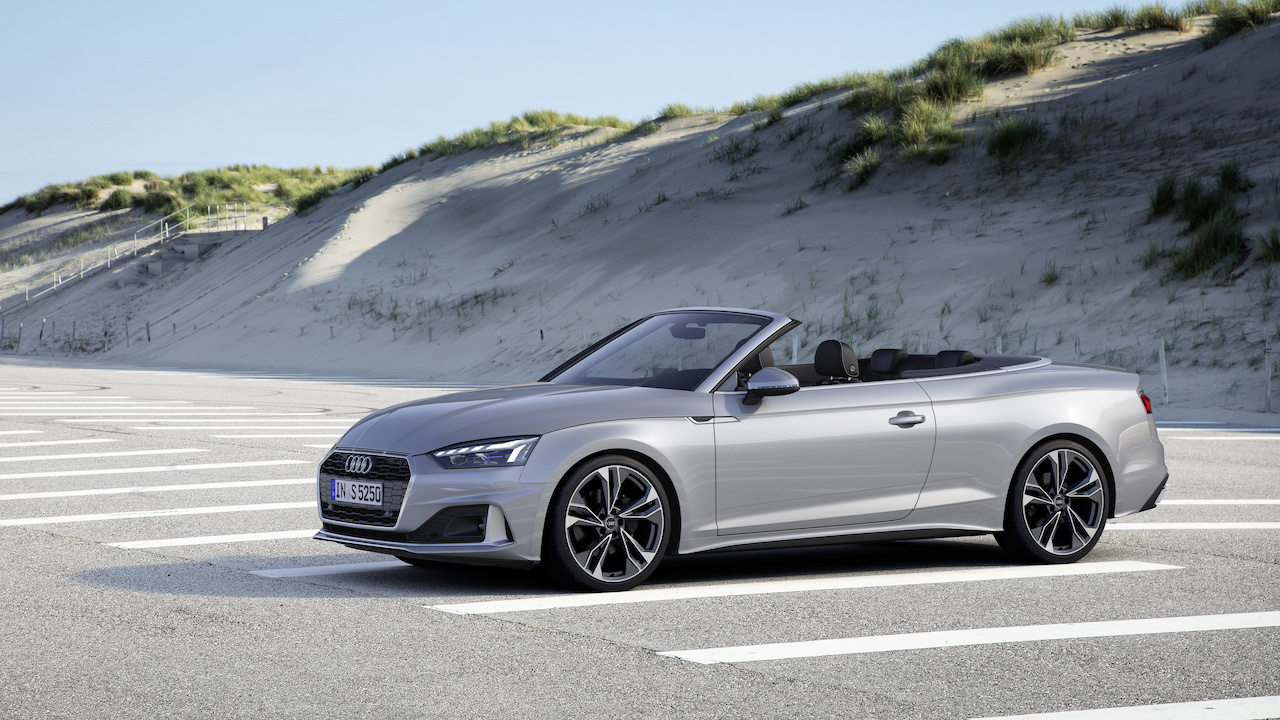 Things improve around back, with the A5 adopting a snazzy set of tail lamps that are sharper than a chef’s knife. The model shown in these photos has twin chrome exhaust finishers, similar to big brother A6. Audi says the visual difference between Advanced and S-Line trims will be clear, with the latter cutting a more aggressive rug. Every A6 is bookended with LED lamps but snazzy trims get the gee-whiz Matrix LED peepers. No word if they’ll project an image of Neo and Morpheus.

Inside, the new A5 doesn’t adopt the dual touchscreen setup found in some other Audis, and is better off for it. The 10.1-inch tablet-style infotainment screen handles duties flung at it from the MMI system, including a multitude of online services such as navigation and future car-to-x communications. The old rotary push-button has vanished. Its materials and finish will surely live up to Audi’s current standards. 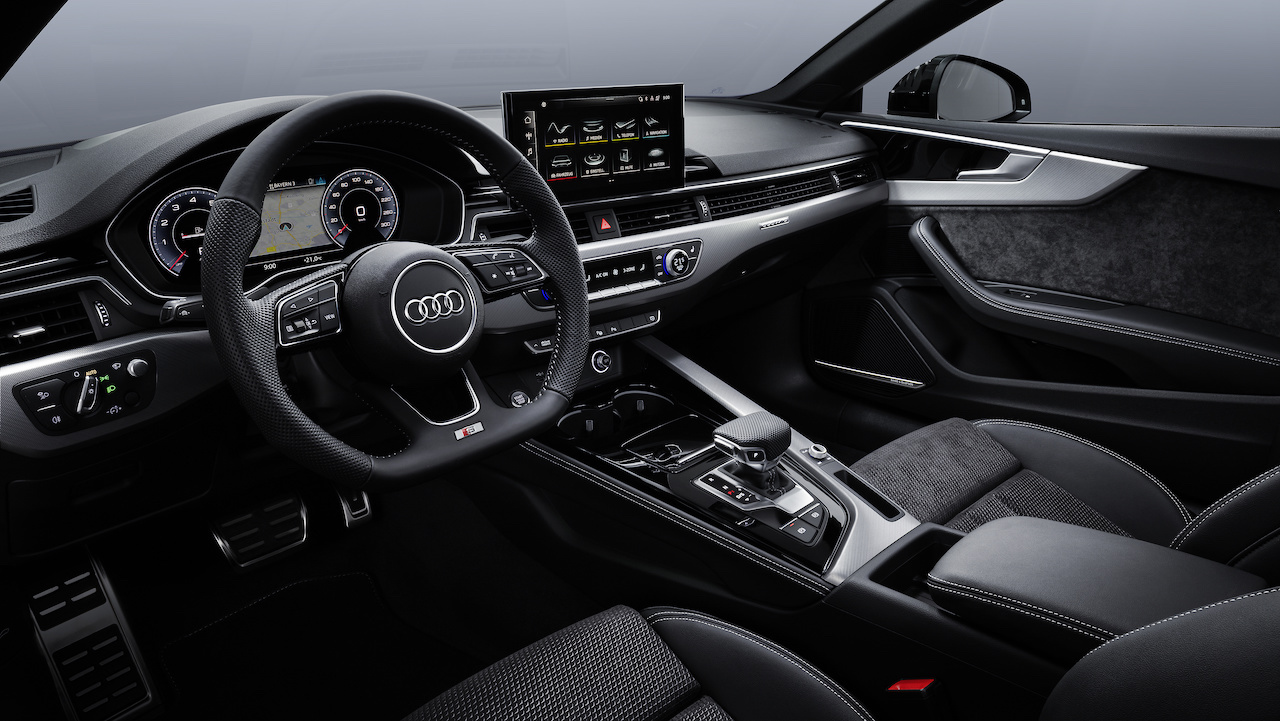 Powertrain options in this country are murky but, across the pond, there will be several options. There, a quartet of A5 engine variants will have some form of mild hybrid system. Given the market’s current appetite for that feature, expect at least one of them to make it to Canadian-spec cars. Whatever the mill, it will be connected to an automatic transmission, either a seven- or eight-speed ‘box. While this may be disappointing for hardcore track rats, it is not surprising. Audi’s modern automatics are, by and large, faster and more efficient than their manually-shifted brethren. Expect quattro all-wheel drive, too.

There will be an S5 Coupe and Sportback, offered in markets outside Europe with a 3.0L TFSI engine making 354 horsepower. Torque checks in at 369lb.-ft and is all online at just 1370 RPM. The company believes it will scamper to 100km/h from rest in just 4.7 seconds in the Coupe, with the slightly lardier Sportback taking two-tenths of a second more to turn the same trick. 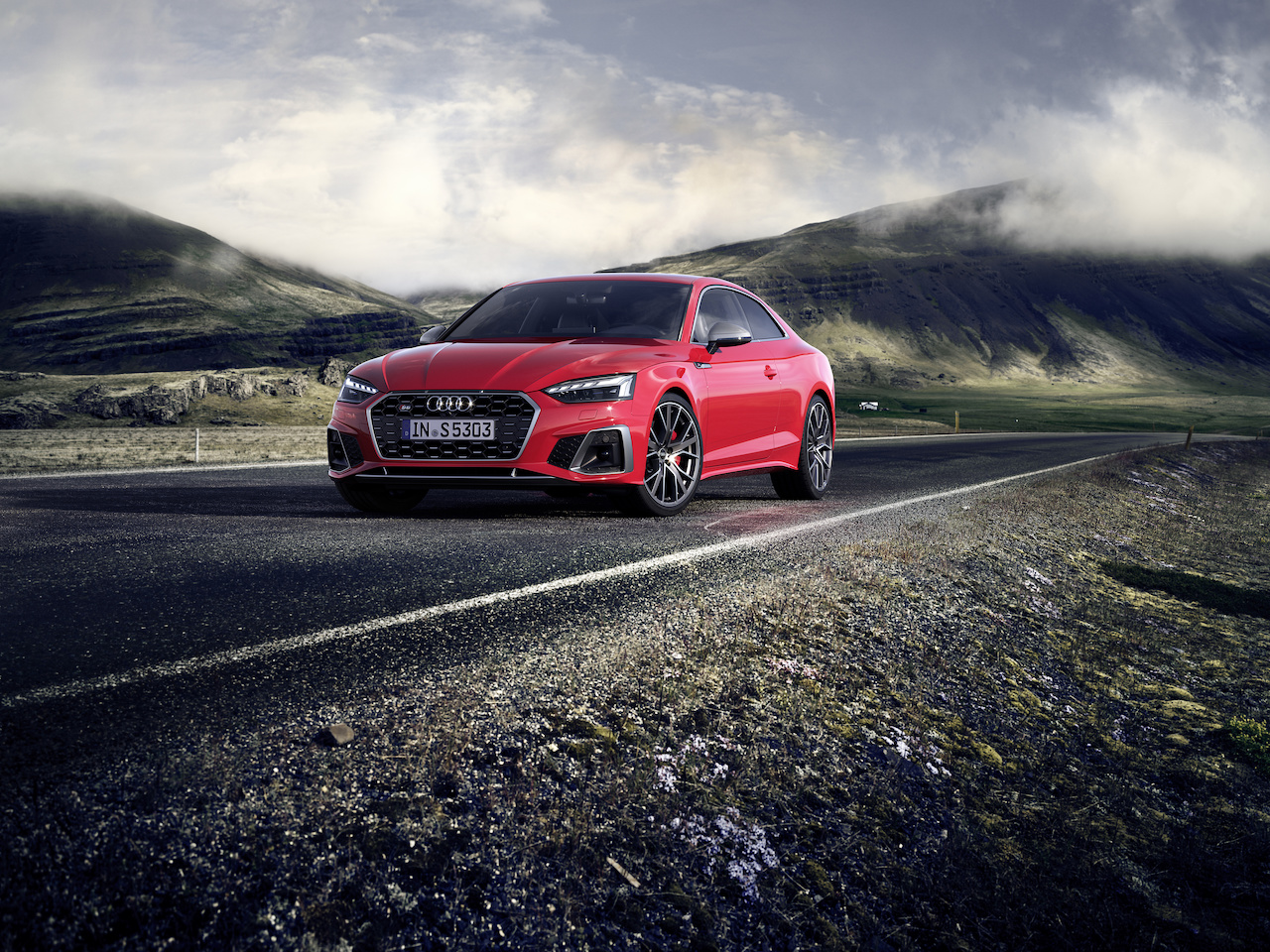 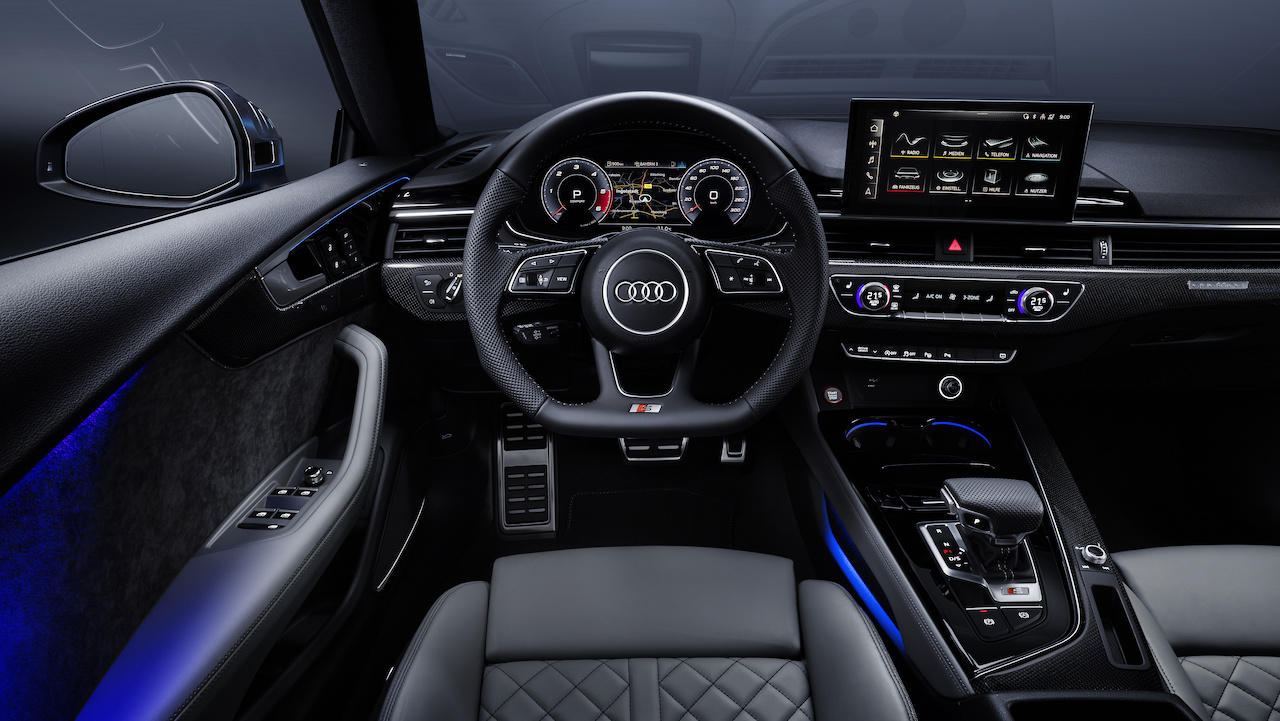 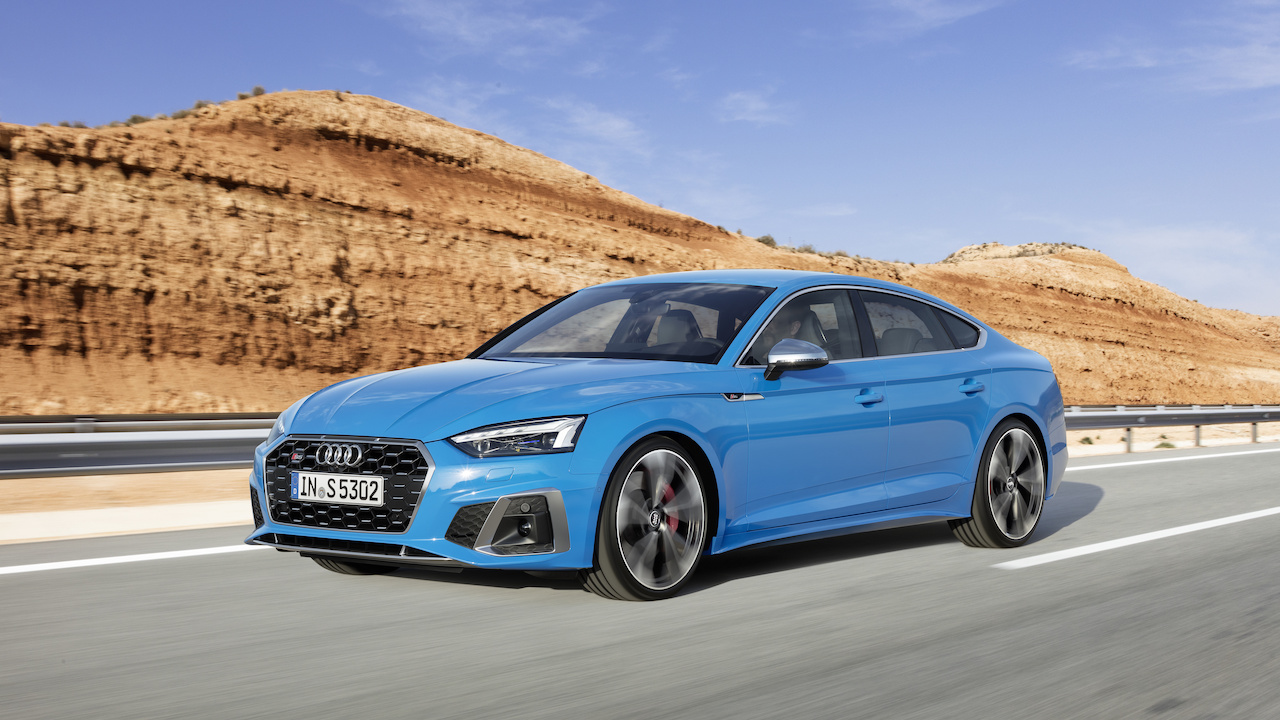 Sales will begin in Europe this autumn, with the rest of the world finding them in Audi showrooms shortly after that time. 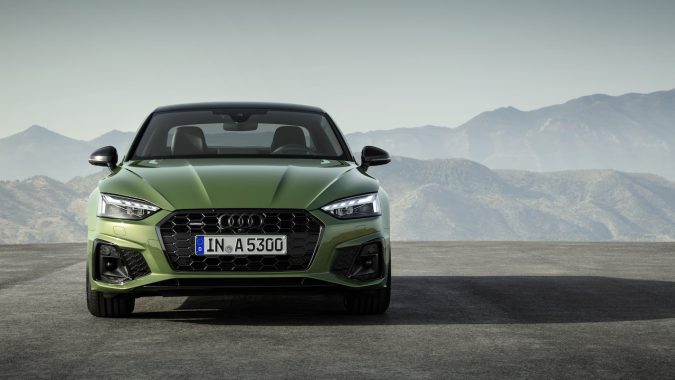 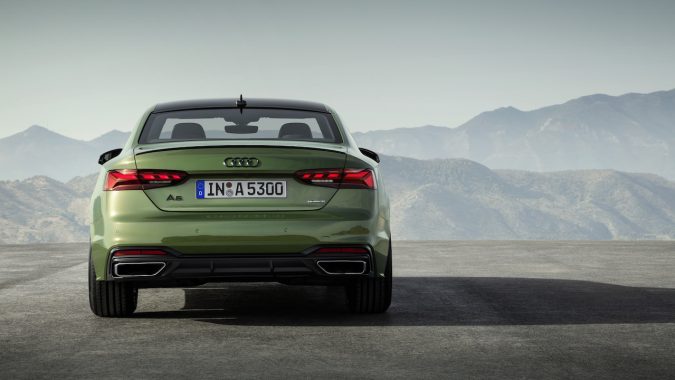 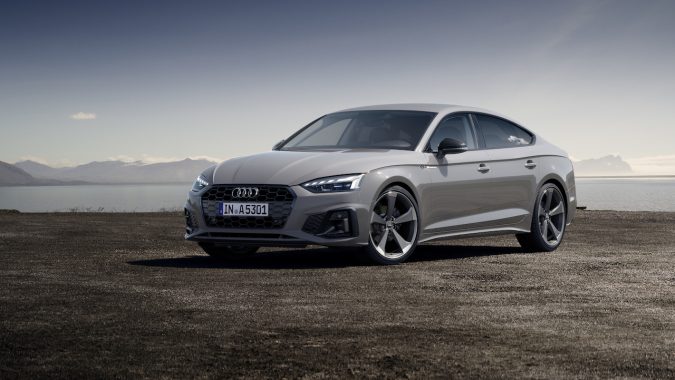 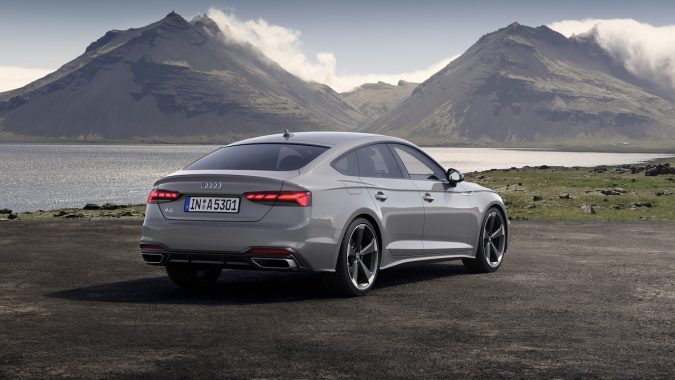 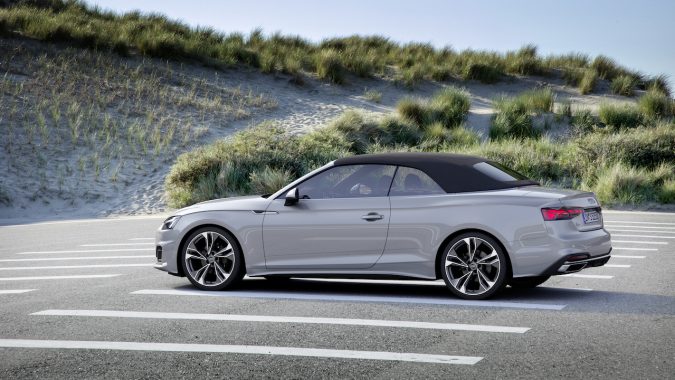