The production version of the ‘Rolls-Royce of SUVs’, the 2019 Cullinan, has finally been revealed after being teased and hinted at by the British luxury marque for the better part of the past three years.

The first-ever Rolls-Royce SUV, which gets its name from the biggest diamond ever found and is now part of the British Crown Jewels, checks all the boxes when it comes to Rolls-Royce design, from the Spirit of Ecstasy hood ornament, the massive front grille and rear-hinged, coach-style doors.

Powering the five-passenger Cullinan is a 6.75-litre twin-turbo V12 that generates 563 horsepower and 627 lb-ft. of torque and is mated to an 8-speed automatic transmission and standard AWD. The Cullinan rides on 22-inch wheels and will carry Rolls-Royce’s ‘Magic Carpet Ride’ off-road thanks to an air suspension which comes with larger air struts with more air volume to help cushion the ride over rough terrain. Hill Descent Control is also standard kit and the Cullinan is capable of wading through water up to 540 mm (21 inches) deep, according to Rolls.

Built from an aluminum structure, the 2,660 kg Cullinan utilizes what Rolls calls a three-box configuration, with a rear glass partition that separates passengers from the cargo area. The rear tailgate, known as the ‘Clasp’ opens and closes in two sections via key fob button. The rear seatbacks can be folded down by 1/3 or 2/3 to create a flat load floor. Standard cargo volume is 560 litres (600 with the parcel shelf removed), which can be expanded to a maximum of 1,930 with the seats folded completely flat.

As one might expect with a Rolls-Royce, the Cullinan comes loaded with a long list of advanced tech. Among these features are Night Vision and Vision Assist including daytime and night-time Wildlife & Pedestrian warning; Alertness Assistant; a 4-Camera system with Panoramic View, all-round visibility and helicopter view; Active Cruise Control; Collision Warning; Cross-Traffic Warning, Lane Departure and Lane Change Warning; an industry leading 7×3 High-Resolution Head-Up Display, Wi-Fi hotspot and, of course, Navigation and Entertainment Systems.

Other ‘because Rolls-Royce’ details include jewellery-like switchgear, a rear console with a drinks cabinet complete with Rolls-Royce whisky glasses and decanter, champagne flutes and refrigerator. The ‘recreation module’ allows the tailgate area to be tailored to suit a variety of customer activities, from rock climbing to fly fishing to snowboarding to, ‘simply sitting and taking in the view’, as a Rolls-Royce press release states.

The Cullinan is slated to go in production soon, with deliveries beginning by the end of the year. Canadian pricing has yet to be confirmed, but the Cullinan will likely carry a price tag north of $400,000 which would make it even pricier than the Bentley Bentayga, another ultra-luxe SUV. 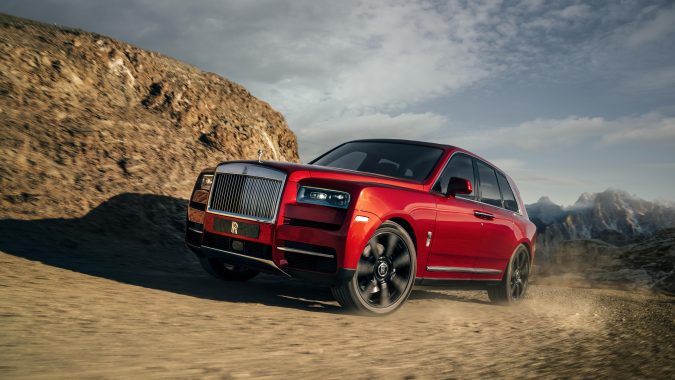 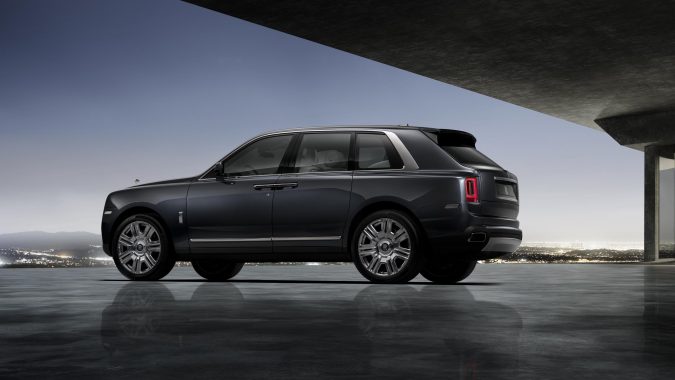