Audi will host the North American debut of the 2019 A6 sedan with new V6 engine and 48-volt mild hybrid assist.

NEW YORK, NY: Following its world premiere in March at the Geneva Motor Show, the 2019 Audi A6 is making its North American debut at the New York International Auto Show (March 28-April 8).

Besides an all-new turbo V6 engine, it is now sharing the 48-volt mild hybrid system used in the A8 and A7.

The driving dynamics have been enhanced with the steering becoming more direct as the angle of the wheels increases.

A new damping system provides more precise feedback from the road, allowing for an agile driving experience around town and a more comfortable ride for long distances and on the highway.

An all-new touch response screen replaces the former rotary dial. This new system lets the user place the location of central vehicle functions by drag-and-drop with the idea of making it as intuitive as a smartphone with a many as 32 storable shortcuts.

As well, natural voice commands like the driver can saying, “I’m hot” lets the system respond with, “What temperature would you like to set the cabin to?”

The A6 processes questions and commands through onboard stored data and detailed information from the cloud, with MMI navigation plus.

The interior of the A6 is larger than the outgoing model with more headroom and shoulder room in both the front and rear and more legroom in the rear.

The cargo area can be accessed by the hands-free trunk release with a simple kicking motion under the rear of the vehicle. 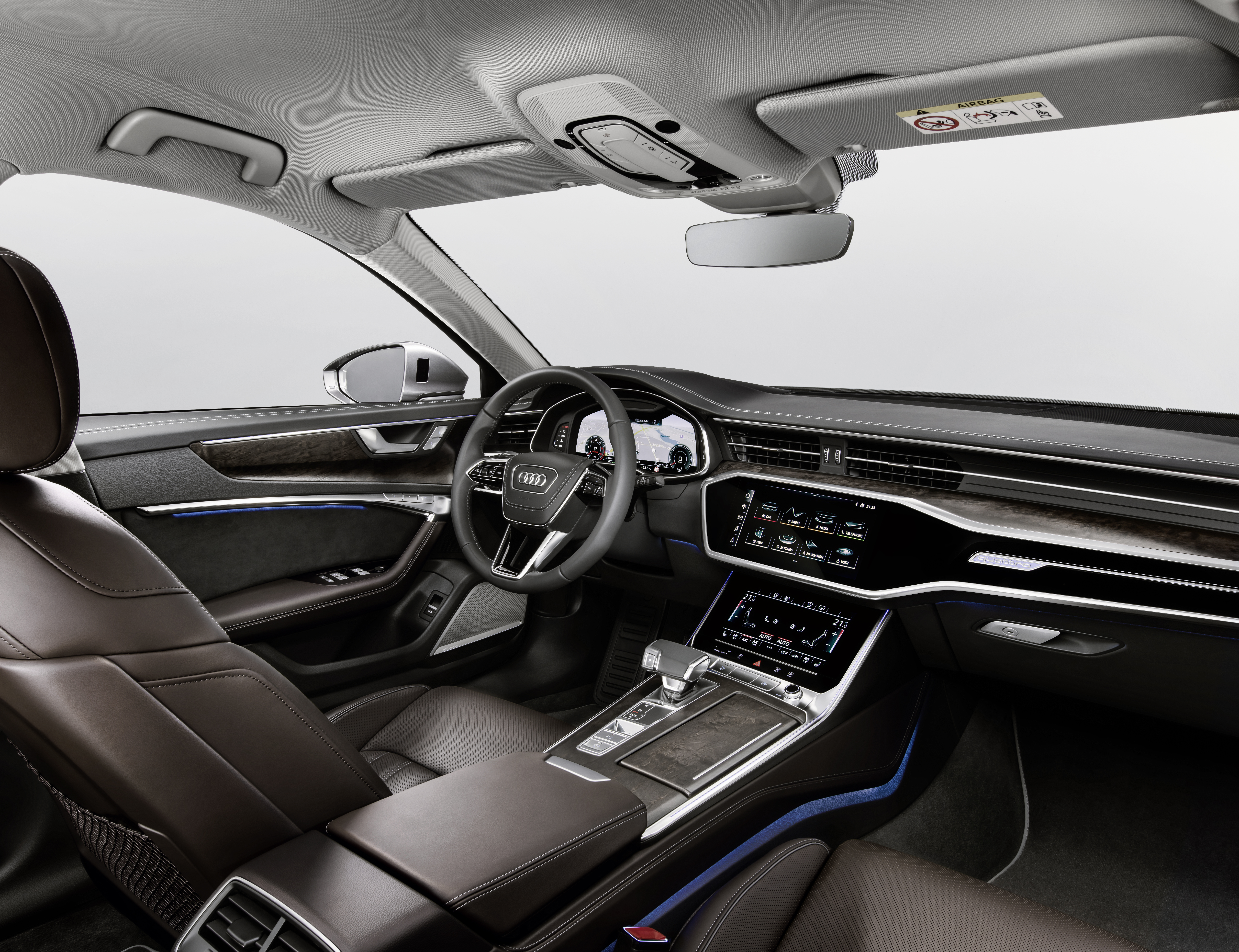