Hyundai has added the 2018 Plug-in Hybrid model to its popular Ioniq line-up for the 2018 model year, along with new features for Ioniq Hybrid and Electric models.

The growing eco-focused Ioniq line-up is the first to offer three distinct electrified powertrains on a single, dedicated vehicle platform.

The new 2018 Ioniq Plug-in Hybrid and other models offer a sleek, aerodynamic silhouette with an industry-leading 0.24 Cd derived from carefully designed surfaces.

The Ioniq employs efficiency and technology in its design to create both a unique and forward-looking appearance. Throughout the entire development phase, engineers and designers worked closely to ensure that form and function evolved simultaneously in a complementary fashion.

The new 2018 Ioniq Plug-in Hybrid provides an all-electric range of more than 29 miles, 119 MPGe in EV mode and (US) 52 mpg in hybrid mode based on EPA estimates, powered by a potent 8.9 kWh lithium-ion polymer battery.

The Ioniq Plug-in Hybrid features a new Kappa 1.6-litre direct-injected Atkinson-cycle four-cylinder engine with an unsurpassed thermal efficiency of 40 per cent and delivering an estimated 104 hp and an estimated 109 lb/ft of torque.

This engine has been specifically tailored to the hybrid application and is combined with a quick-shifting six-speed double-clutch transmission – differentiating Ioniq from its key competitors with a more dynamic and engaging driving experience.

The high-efficiency electric motor can operate at speeds up to 75 mph and delivers instantaneous torque at low speeds, with available power-assist at higher vehicle speeds. 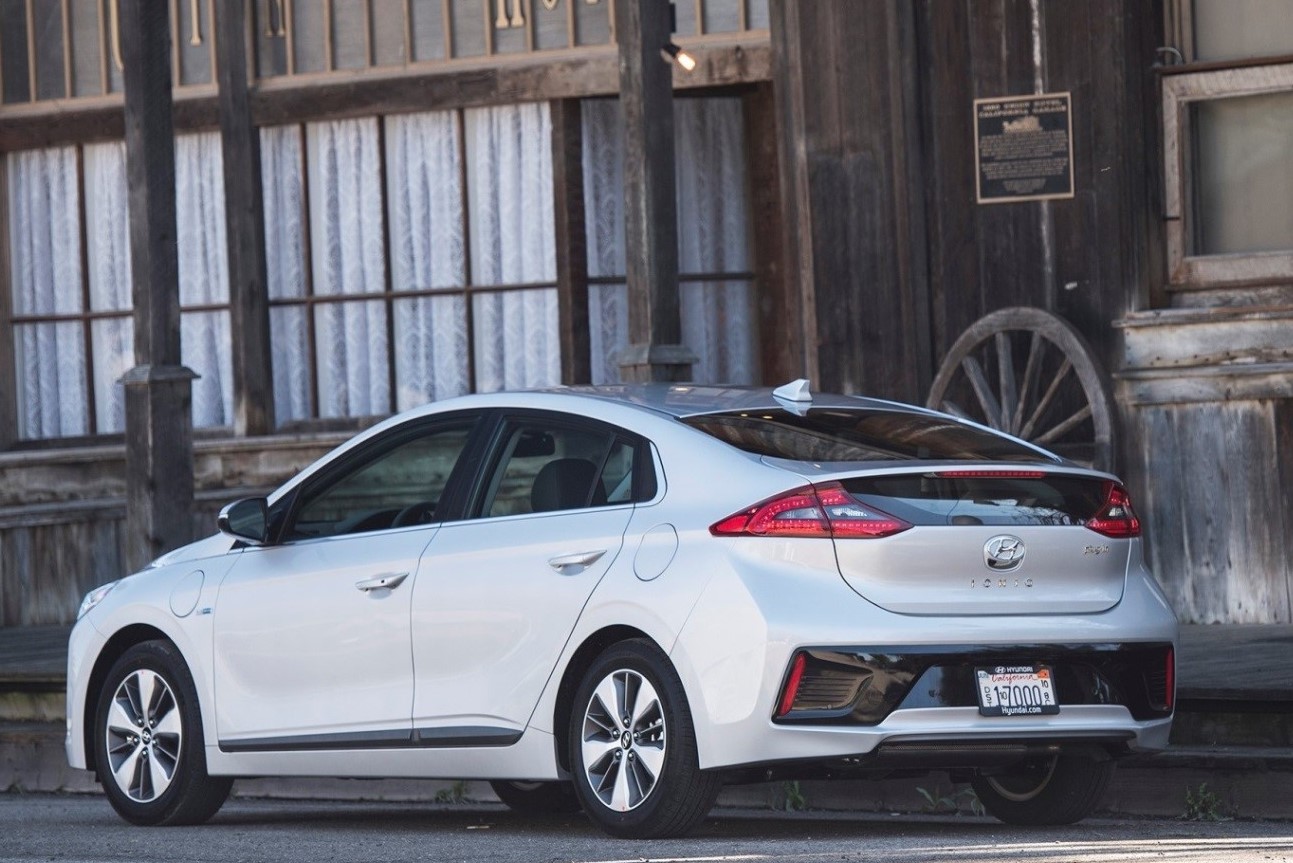