One year short of its 20th birthday — the Toyota Prius has become a vehicle synonymous with the term “Hybrid.” The Japanese automaker made history in 1997 when the Prius became the very first mass-produced hybrid vehicle on the market. At the start of the new millennium the Prius was launched globally, and has sold over 3.5 million units since.

Toyota’s progressive vision and innovative engineering sparked a trend that would be imitated, but seldom duplicated in the years that followed. And while hybrid technology has expanded immensely in the nearly two decades since the advent of the first Prius, Toyota continues to thrive as an industry leader in both production and sales.

The all-new 2016 Toyota Prius will be available in 5 different varieties to suit individual needs, while still offering Toyota’s superior hybrid efficiency. The base Prius is a hybrid option great for those on a budget, while the Prius Upgrade Package includes heated seats and Toyota Safety Sense. The Prius Technology offers all of the above but adds a power moonroof , wireless charging and an upgraded 7” display. The Technology trim offers an Advanced package that includes safety technology such as Toyota’s blind spot monitor and Intelligent Parking Assist. Finally a Prius Touring model adds a sportier look with upgraded 17” Aluminum Alloy Wheels and Fog Lamps; while offering Softex seating surfaces, Navigation with Voice recognition and more.

A brave new look has the fourth-generation Prius looking better than ever, while boasting a more sleek design without compromising driver visibility. The redesigned exterior is the first noticeable change, as the “Triangle Silhouette” of models past has been rounded out for a modern and sporty look. 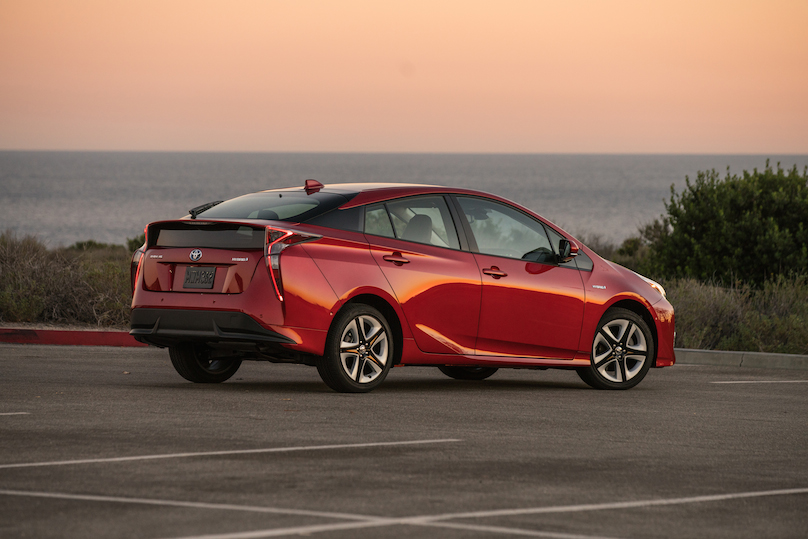 Standard on all new Prius models are Bi-LED headlamps, which automatically focuses light on the road and helps guide you through low visibility without blinding oncoming motorists.
Of course Toyota leaves no stone unturned —The 17-inch rims on the Touring edition are 1.5 lbs lighter, aerodynamic wheel covers cut down on wind resistance, while low rolling resistance tires offer superior grip.

The average fuel economy for the 2016 Prius is 4.5L/100km (combined city and highway) making this fourth generation Prius the most fuel efficient hybrid available — and you don’t even have to worry about a plug! A new lithium-ion battery is available on the Technology and Touring models. This new and improved battery is smaller and conveniently fits beneath the back seats, opening up more cargo space.

The revamped 1.8-litre gas engine produces 40 percent less thermal heat than before thanks to improvements that reduce the amount of friction from the rotating assembly and improved fuel combustion technology. The exhaust heat recirculation system harnesses the heat created by exhaust gases to expedite engine coolant warm-up, which allows the hybrid system to switch from gas to battery power sooner and more often. This feature is especially useful for city driving or when gasoline power is not required — making the 2016 Prius a welcomed breath of fresh air.

This nifty hybrid has also been masterfully engineered to be the quietest Prius to date — so much in fact that a small speaker has been installed to alert pedestrians and cyclists when the vehicle travels less than 20km/h. You know you have a quiet vehicle when you have to make artificial noise to let everyone know you’re rounding the corner!

Brakes that help save fuel — yes, you read that correctly! The regenerative brake system harnesses kinetic energy from the breaking wheel — similar to a friction powered bicycle light — and stores the electrical power in the hybrid battery for later use.

All in all the 2016 Prius proves its worth by redefining what it means to be a true hybrid vehicle without compromising quality or performance. This is why the Prius remains the benchmark for which all other hybrids are measured. Click HERE to find out more about the world’s best hybrid! 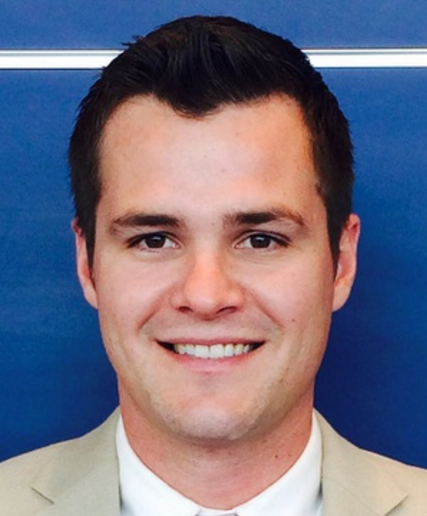