The study, now in its 30th year, examines problems experienced by vehicle owners during the first 90 days of ownership.

New-vehicle quality has improved six per cent, double the three per cent rate of improvement in 2015 and the largest increase since 2009, according to the J.D. Power 2016 U.S. Initial Quality Study (IQS).

The Initial Quality Study, now in its 30th year, examines problems experienced by vehicle owners during the first 90 days of ownership.

Initial quality is determined by the number of problems experienced per 100 vehicles (PP100), with a lower score reflecting higher quality.

Quality improves across all eight problem categories measured in the study, with 21 of the 33 brands included in the study improving their quality in 2016 and one remaining the same. 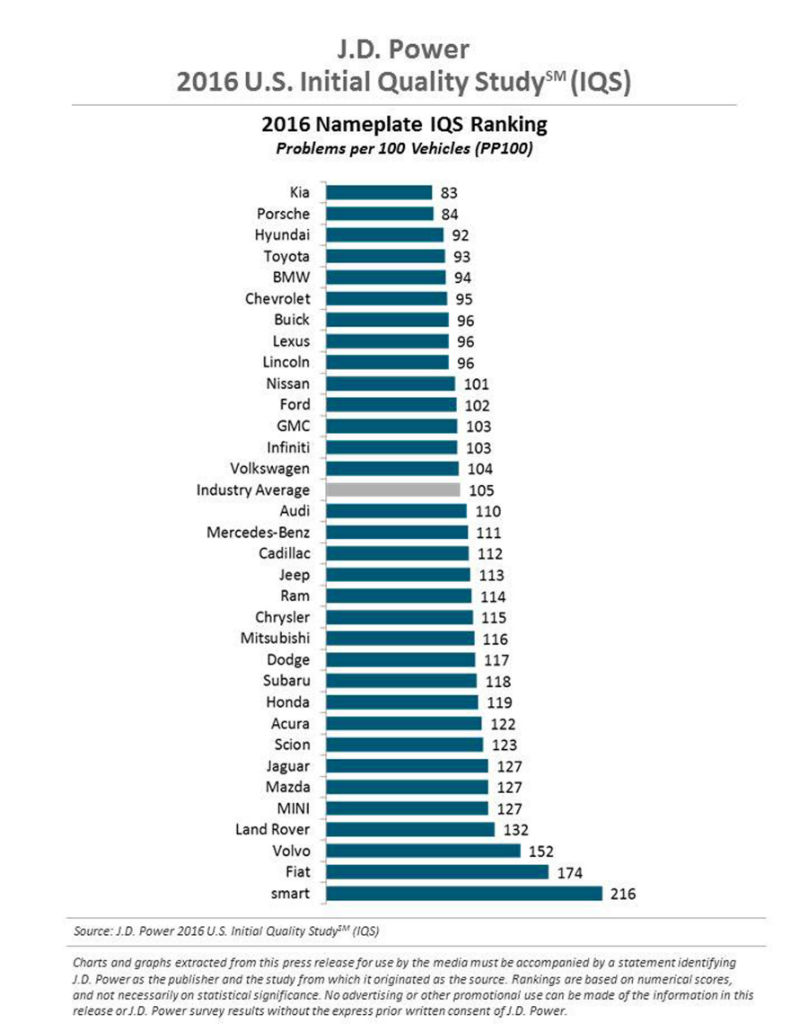 Following are some of the study’s key findings:

∙ High Quality = High Loyalty: Expected reliability remains the most important consideration when purchasing a new vehicle, cited by 49 per cent of owners. J.D. Power has studied consumer behavior from when they purchase or lease their new vehicle through when they are back in the market for their next vehicle in order to measure the impact initial quality has on brand loyalty.

RELATED: Kia’s 2017 Sportage has the “Power to Surprise”

Chrysler and Jeep are the most improved brands, each reducing the number of problems by 28 PP100 from 2015.

∙ Volkswagen AG models that rank highest in their segment are the Audi Q3, Audi TT, Porsche Macan and Porsche 911.