Pfaff has found the key to winning Motorsport races: The right mentality.

When people think of Pfaff, immediately, luxury car expert comes to mind.  What you probably didn’t know is that Pfaff has been involved in Canadian racing and has been supporting young Canadian racers to reach the highest levels of motorsport in North America for over 50 years.

In 2014, founder and CEO, Chris Pfaff, made the decision to bring the company’s racing operation in-house; growing it from a 1-car team to a 5-car team in just under 3 years.  In 2015, Pfaff won 3 of its first championships as a standalone team – and we had to know how.  Enter, Steve Bortolotti. 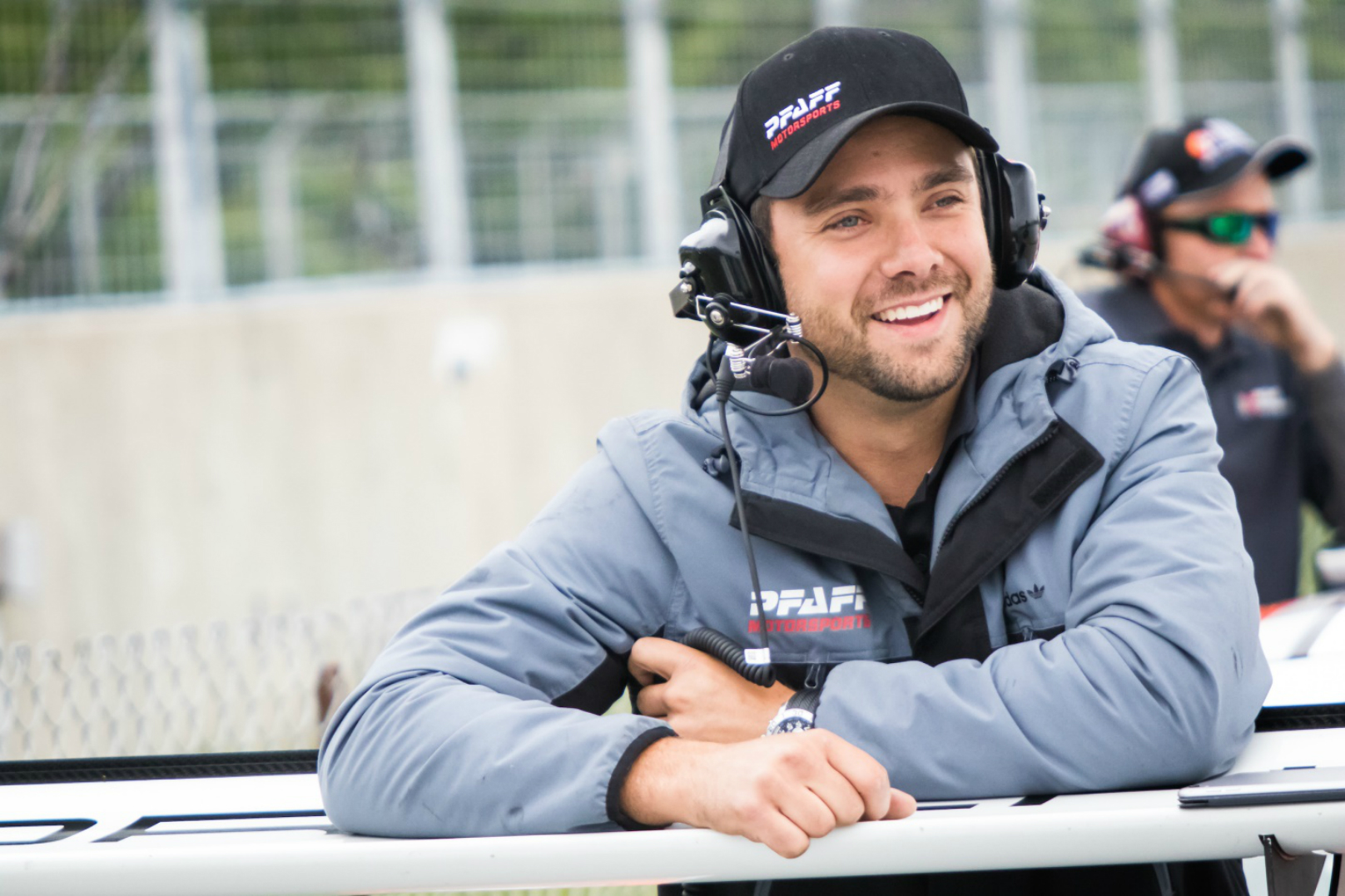 Bortolotti has been the manager of Pfaff Motorsports since 2015.  He brought a big-picture attitude to the Pfaff team that was mostly focused on winning a championship.

Steve was not just trying to win races “at all costs,” which he says most teams make the mistake of doing. We caught up with Steve on a gloomy day at his Pfaff office in Vaughan, Ontario.  Despite the weeks of dreary weather, Steve donned a fresh tan from his trip to Florida where the Pfaff team had just won an GT3 Cup USA race.  “Of course you need to win races to win a championship,” Bortolotti explains his perspective, “And we always race to win, but what I feel I brought to the team was the ability to take a 2nd or 3rd place finish as part of a good points day in the championship. Instead of getting frustrated that we didn’t win and causing that loss of focus to snowball into unnecessary stress on the driver and team, I brought a long-term vision. This helped us attract the best engineers and crew, and in turn, helped put the best cars on track.”

Steve began racing in a regional time attack series in his early 20’s.  Although he was having a lot of fun driving, he says he found his passion through learning how to make a car go faster with a limited financial budget.  Fast-forward a few years, Steve became an employee at Pfaff, and started volunteering to help the race team on weekends. The team manager at the time, Jimmy Vervitas, was doubling as the General Manager of the growing McLaren dealership.  As a result, the dual role became a bit much for him. It wasn’t long before Jimmy spotted Steve’s penchant for racing. He convinced Chris Pfaff that Bortolotti was ready to take on the challenge and grow the program to where it is today… and the rest is history. 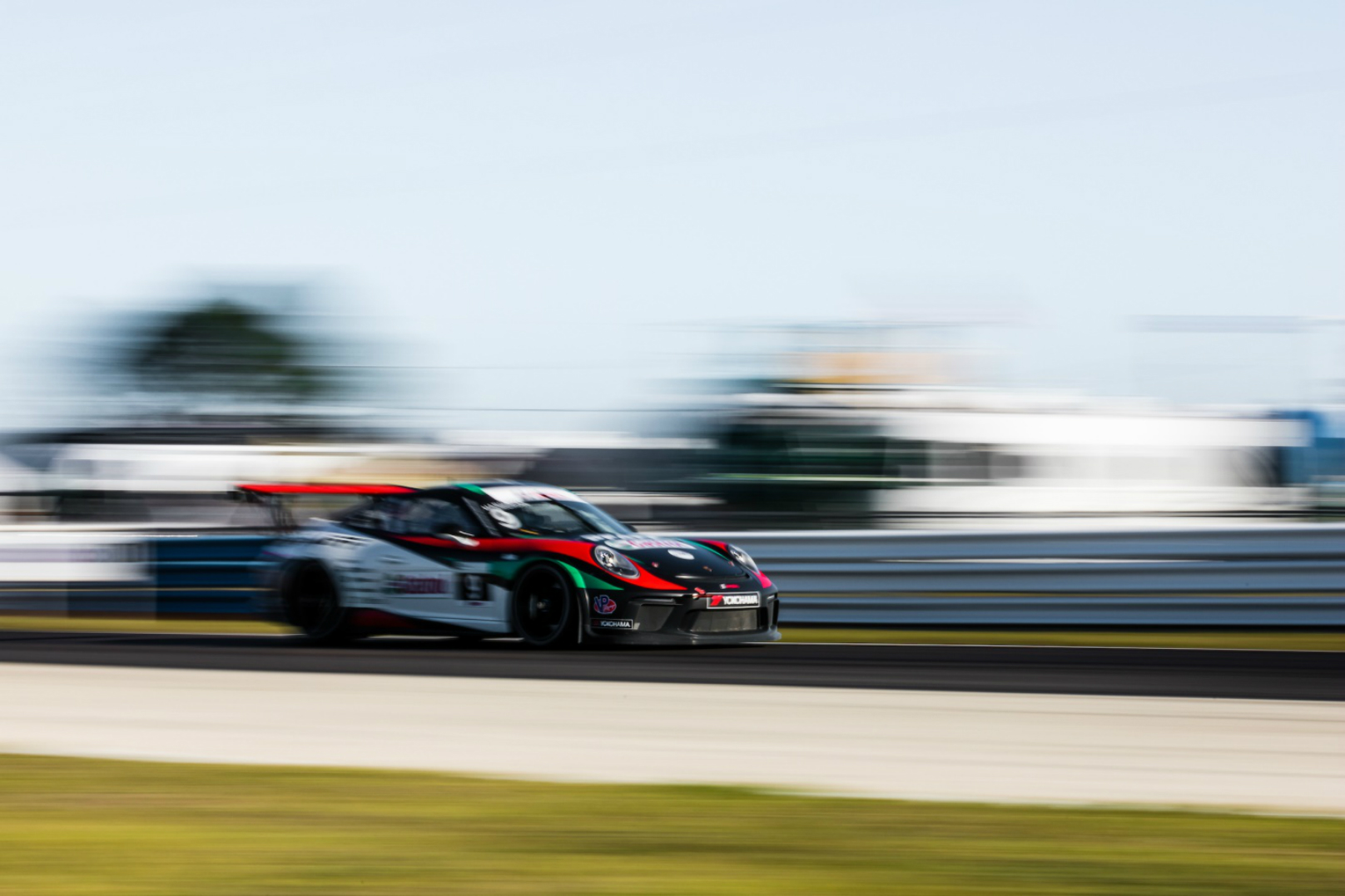 Wheels.ca: So, why is it important for Pfaff to be a part of the motorsport community?

SB: There are many answers to this question but in short: we feel it is an extension of our competitiveness as a company. Just like we don’t want to lose the sale of a new car to a competing dealer, we don’t want to lose to them on the racetrack either. We also feel as though it is a great way to build camaraderie within our growing company, and bring our 1000+ employees together cheering & bonding over a common theme. 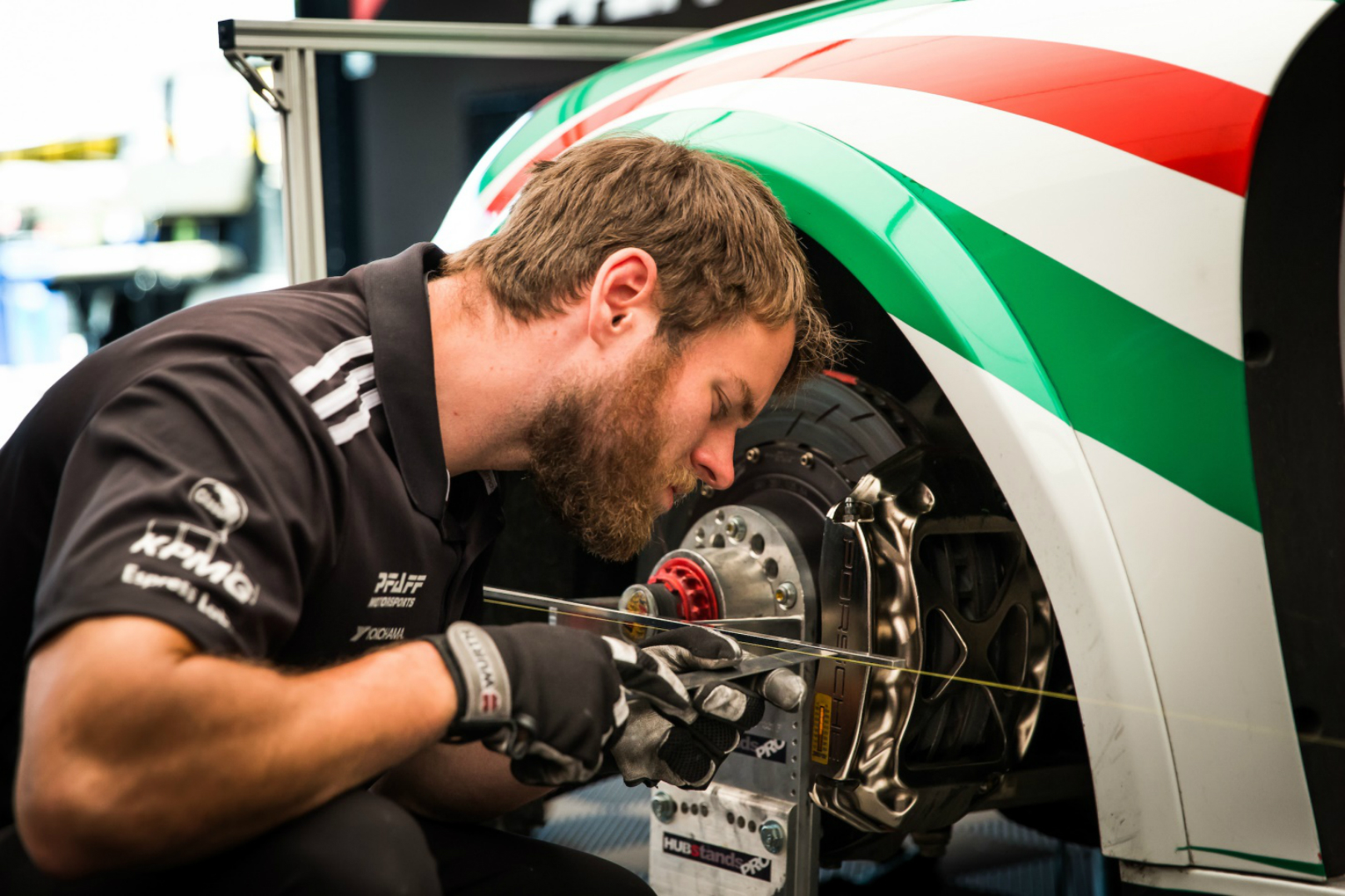 Wheels.ca: What makes your team such a great team?

SB: The people! We are very fortunate to have the perfect mix of experience & youthful exuberance, where each person wants to win as badly as the next. Everyone is here because they are passionate about winning races, not just being at the racetrack. Several members on the team also have “day jobs” at various Pfaff locations, so they are truly going above & beyond by giving up evenings and weekends to be part of this operation.

One of the members of this new crew is driver Scott Hargrove.  Steve told us picking a new driver was one of the hardest decisions he has had to make so far since he has been manager. “There is a lot of pressure that comes with driving the Pfaff-Castrol #9 car as it is one of the most sought-after rides in Canadian racing. Our history goes back so far with so many incredible drivers to have driven in Pfaff race cars over the years: Ron Fellows, Scott Goodyear, Scott Maxwell… to name a few.  Also, replacing someone of Chris Green’s caliber [the most recent former driver for Pfaff], was not an easy task as he has many intangible characteristics that so many racing drivers lack in regards to interacting with sponsors, the media, and our clients; but with him moving on to a McLaren program, there was a decision that needed to be made.” That’s when he decided to contact Scott Hargrove. 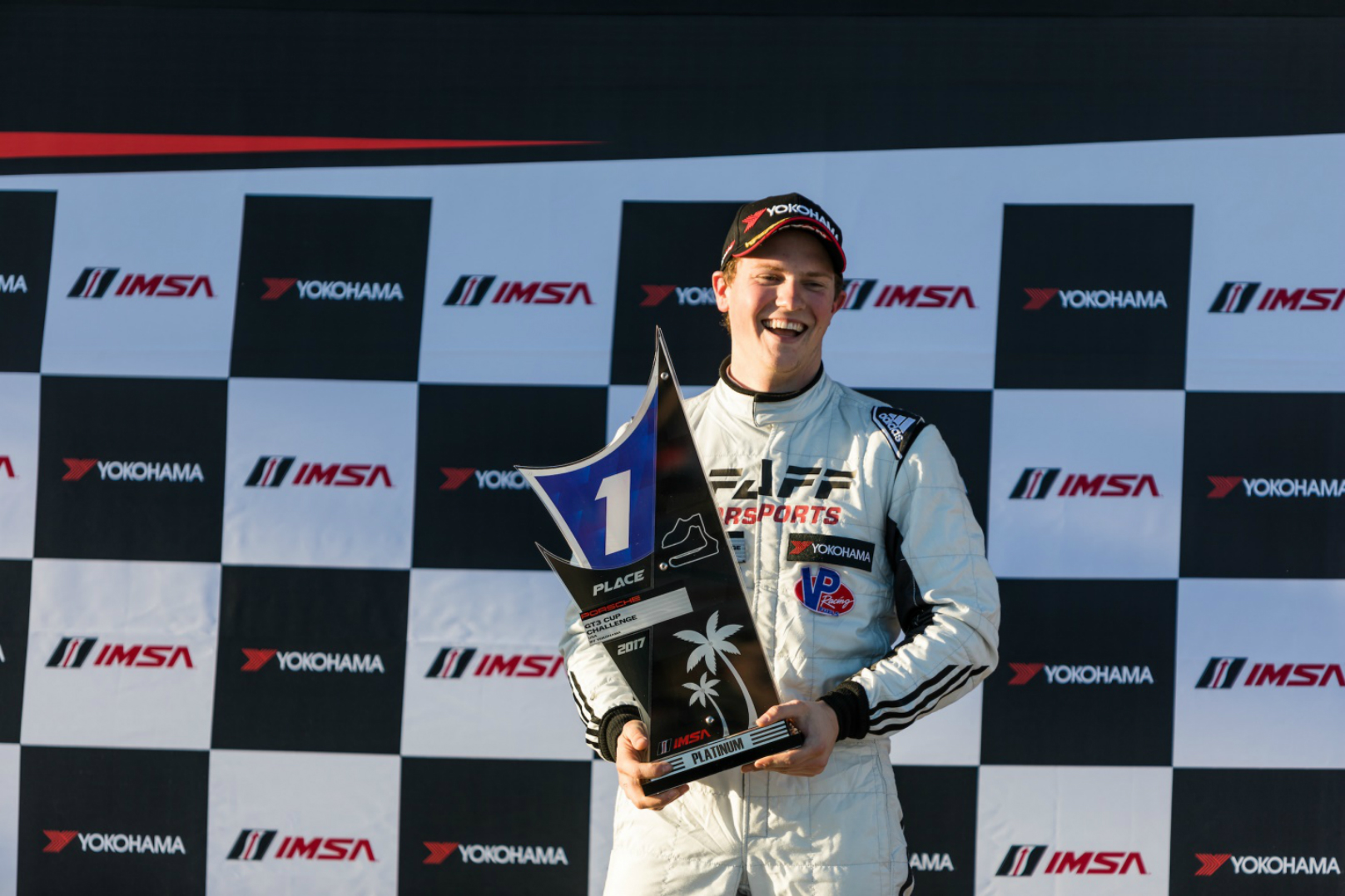 Wheels.ca: How did you come across Scott and what brought him to PFAFF?

SB: We had been racing against Scott for the last 3 seasons, so I had the opportunity to meet and chat with him at various times over the years and he always made a great impression. When we were searching for a driver, I reached out to him to see if he could vouch for any of the people I was speaking with because they all seemed to know him at some capacity, and it turned out he was actually looking for a ride. After chatting with him about his future goals and aspirations in racing, we soon realized this would be a perfect fit between Scott and Pfaff, so we did the deal almost immediately.

Scott Hargrove is a 22 year old racer who has been winning since his first race when he was 13, driving a racing kart.  Over the last 3 years he has won 21 out of 32 races – clearly, he’s the guy for the job.   Steve tells me that he and Scott share similar ideologies when it comes to racing, which was a key contributor as to why he wanted Scott on the team, “He understands the dynamic between driver, crew, and coach.  He recognizes that racing is so much more than just driving a car extremely fast, and that attitude fits well with the winning culture we have at Pfaff.”    So far, the chemistry between Scott Hargrove and this Pfaff team has been great.  They won their first GT3 Cup USA race in Florida in March – a victory they plan to experience repeatedly this season, “Our goal for this season is to win the 3 major championships [Platinum, Platinum Masters, and Gold] in GT3 Cup Challenge Canada, as no team has ever accomplished that before. It will be a tall order, as there are some extremely competitive drivers and teams in each of those classes, however, I truly feel as though our team is up for the challenge.” 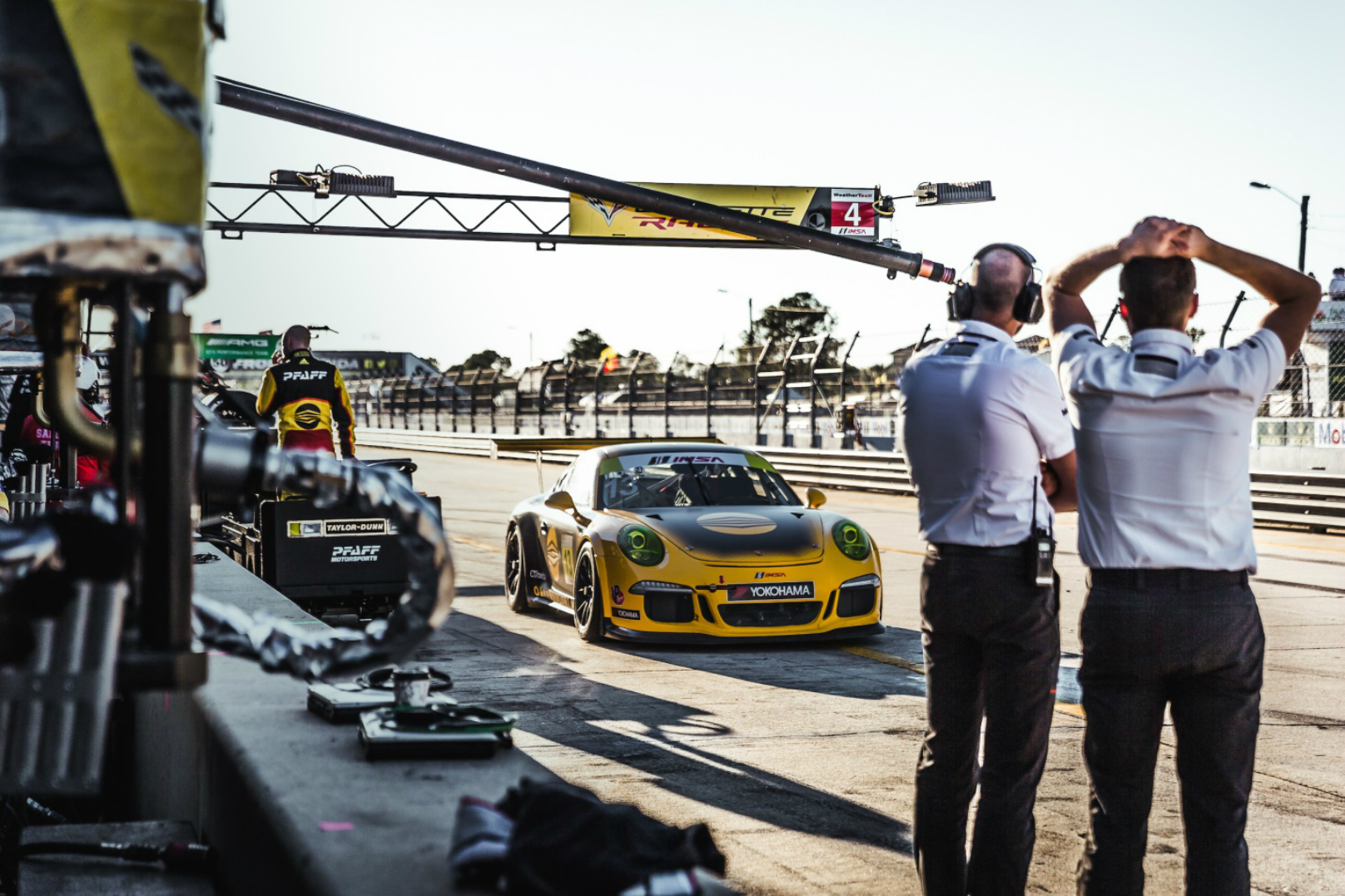 Wheels.ca:  You have the right team, the right driver, and the right mindset.  What about the car?

SB: Picking the 2017 Porsche GT3 Cup as our car was really a no-brainer; there is no better value on the market. This car is built off the same chassis as its road going counterpart, and features the same 4.0L flat-six engine as the GT3 RS road car. While the two cars are similar in spirit and appearance, the similarities end there. The race car features more robust suspension, a 6-speed sequential air-shift transmission, carbon fibre doors, lean windows, and a race exhaust that is simply stunning, just to name a few differences. When compared to the previous generation 2016 Porsche GT3 Cup race car, the 2017 version features a larger displacement 4.0L flat-six engine which makes more power, more torque, and features more cost-effective service intervals for teams. More aggressive styling, new headlights, taillights, and an updated Cosworth race dash help stimulate the visual senses of this new beast.

Check out Pfaff’s next race on Victoria Day long weekend at Canadian Tire Motorsport Park. Tickets are available online at www.canadiantiremotorsportpark.com or at the gate on race day. You can also follow the live streams on imsa.tv.