The Canadian Motorsport Hall of Fame (CMHF) held their 6th track day, this week at the Canadian Tire Motorsport Park near Bowmanville, Ontario.

Canadian Motorsport Hall of Fame inductees in attendance included Ron Fellows, who took Ride-Along participants on the rides of their lives in one of three new Corvette Z06 coupes which Ron made available for the event. In fact the day wasn’t long enough to be able to accommodate all of the eager passengers who wanted to experience a few laps around the track with Ron who is one of Canada’s most successful racing car drivers. 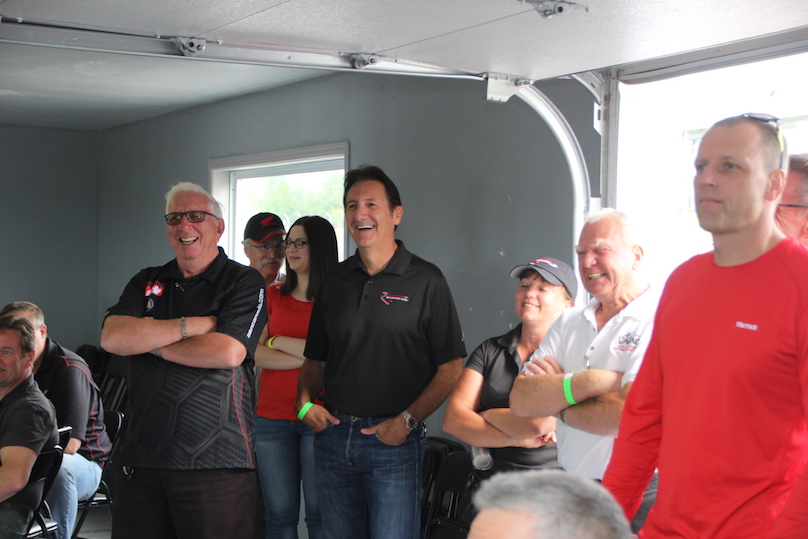 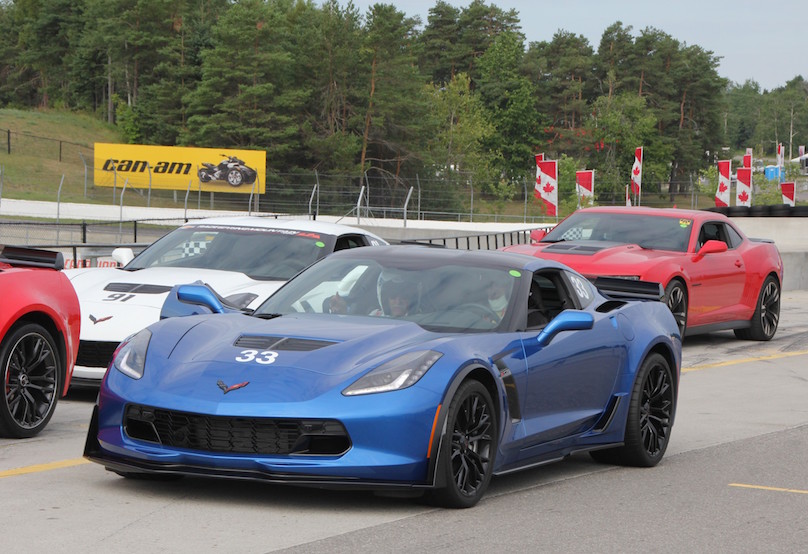 Hall of Famer Ludwig Heimrath Sr. was there to demonstrate that he has not slowed down much at all (now 82 years young) as he lapped the track in his 500+ horsepower Porsche 911 GT2 and Ralph Luciw was there to help a record number of attendees participate in the Ride-Along program. 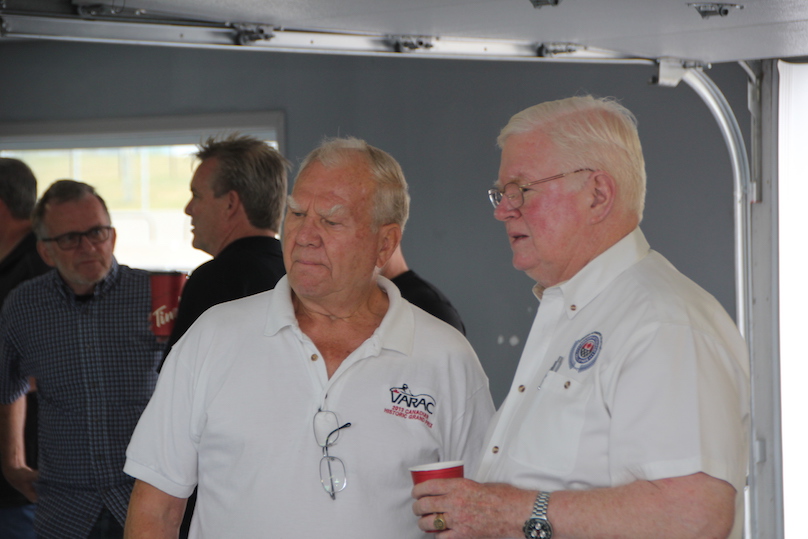 25 incredibly diverse cars participated in the event. The rarest and most valuable was a 1966 Ford GT40. Completely restored by Legendary Motorcar Company of Halton Hills, Ontario, under the direction of Legendary’s owner Peter Klutt, the 1966 Ford GT40 was joined out on the track by the current generation of Ford GT (no longer called GT40 for trademark reasons). Both cars looked and sounded great out in their natural element on the race track. For anyone interested in buying this 1966 GT40, it is going to the Mecum Auctions in Monterey from August 18-20. The presale estimate is $4 to $5 million US dollars. Happy bidding. 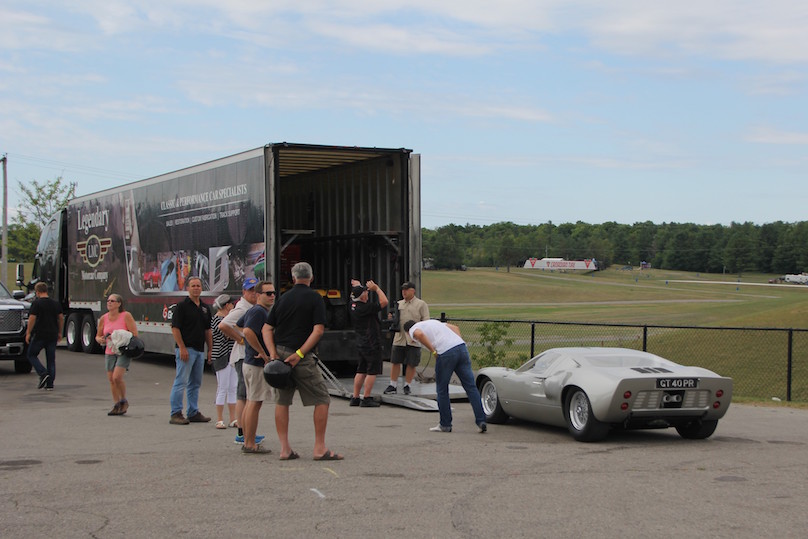 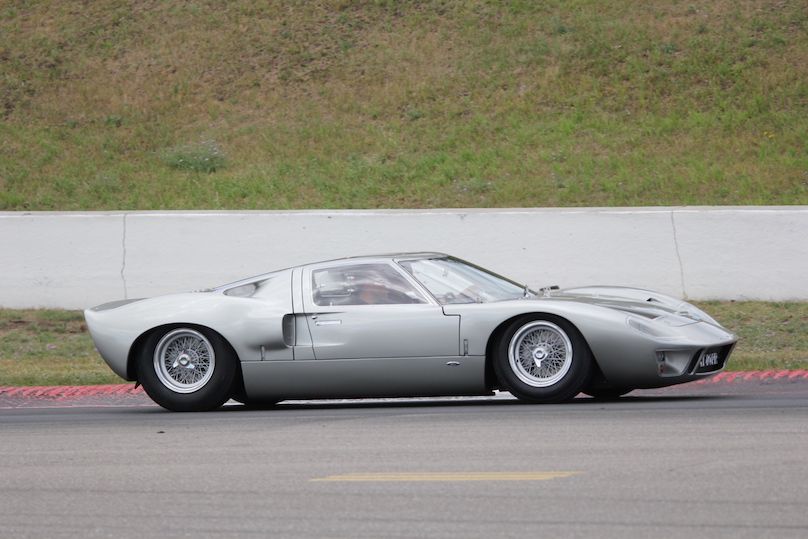 As is common at most track days, Porsches seemed to be everywhere, from the Cayman S and GT4 to several of the ultra track-worthy 911 GT3 and GT3 RS’. Also logging laps were a 1975 BMW 2002, a new Ford Mustang Shelby GT350, several Audi’s including R8’s, Corvettes, lots of ‘M’ badged BMW’s including a 1M, M3’s and an M4, a flame spitting Chevrolet Camaro ZL1, Jud Buchanan’s 1967 Targa Newfoundland Acadian Canso, and a beautiful gull-winged Mercedes-Benz SLS AMG GT which currently sells on the used market for up to a third of a million dollars. Much more cost-effective, and yet not any less fun to experience, were a Scion FR-S, a limited edition WRX STI Hikari Edition and a Volkswagen Golf GTI. There were also “ground pounding” race cars including a Corvette and Mustang Cobra. There was something there for every taste and budget to experience. 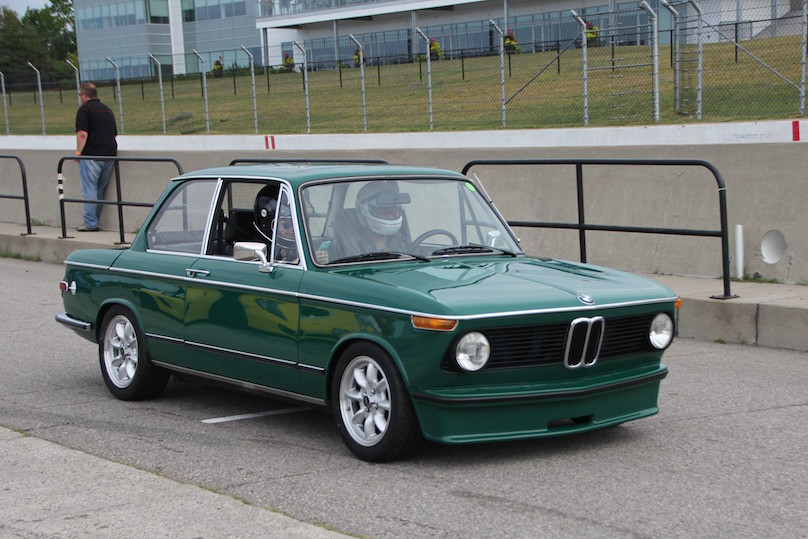 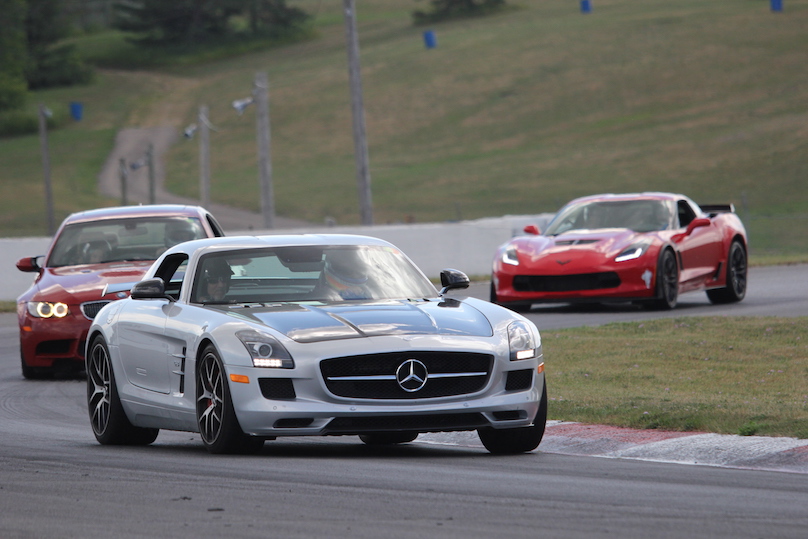 MAVTV Canada interviewed participants and captured the excitement and speed of the track day. MAVTV Canada will be launching its new Canadian channel this fall and hopes to become the destination for audiences looking for motorsports programming. Footage of the event will be available on MAVTV Canada.

The event organizers were CMHF board members Peter Lockhart, Ralph Luciw and Michael Taylor, and Robin Virtue of Pace Motorsport.

ALSO READ: Exotic cars gather in Toronto for the start of the 2016 Blacklist Rally