While I would never call a six-figure super- or hypercar “cookie cutter”, the bottom line is that there are rules; you need fast aero, good grip and usually, a mid-engine configuration so you are operating within a bit of a box if you expect to keep up with – expect to beat — the Joneses.

Then again, what makes the car world so great is when manufacturers try to bend – even break – the rules.

Enter the Mercedes-Benz SLR McLaren Stirling Moss, a way out there take on what was already an interesting vehicle, the Mercedes-Benz SLR McLaren, and currently up for auction at RM Sotheby’s (expected a closing bid as high as 2.2 million Euros). Interesting because in an age where the competition was going mid-engine, Mercedes kept it front-engined, a neat trick considering that McLaren was so well known at the time for building spectacular mid-engine road cars (well, a mid-engine road car — the F1) and race cars. Also eye-raising was the fact that while the SLR was an eye-wateringly pricey halo flagship, it actually made less torque than the SL 65 of the era. It looked the business, though, something that the Stirling Moss edition takes to the nth degree.

Released at the 2009 North American International Auto Show in Detroit, the SM was styled as an open-topped speedster variant of the SLR in an effort to channel the 1955 300 SLR. Why “Stirling Moss”? Simply because in 1955, driver Sir Stirling Moss won the Mille Miglia in Italy in a 300 SLR, and this was a great opportunity to honour that victory. 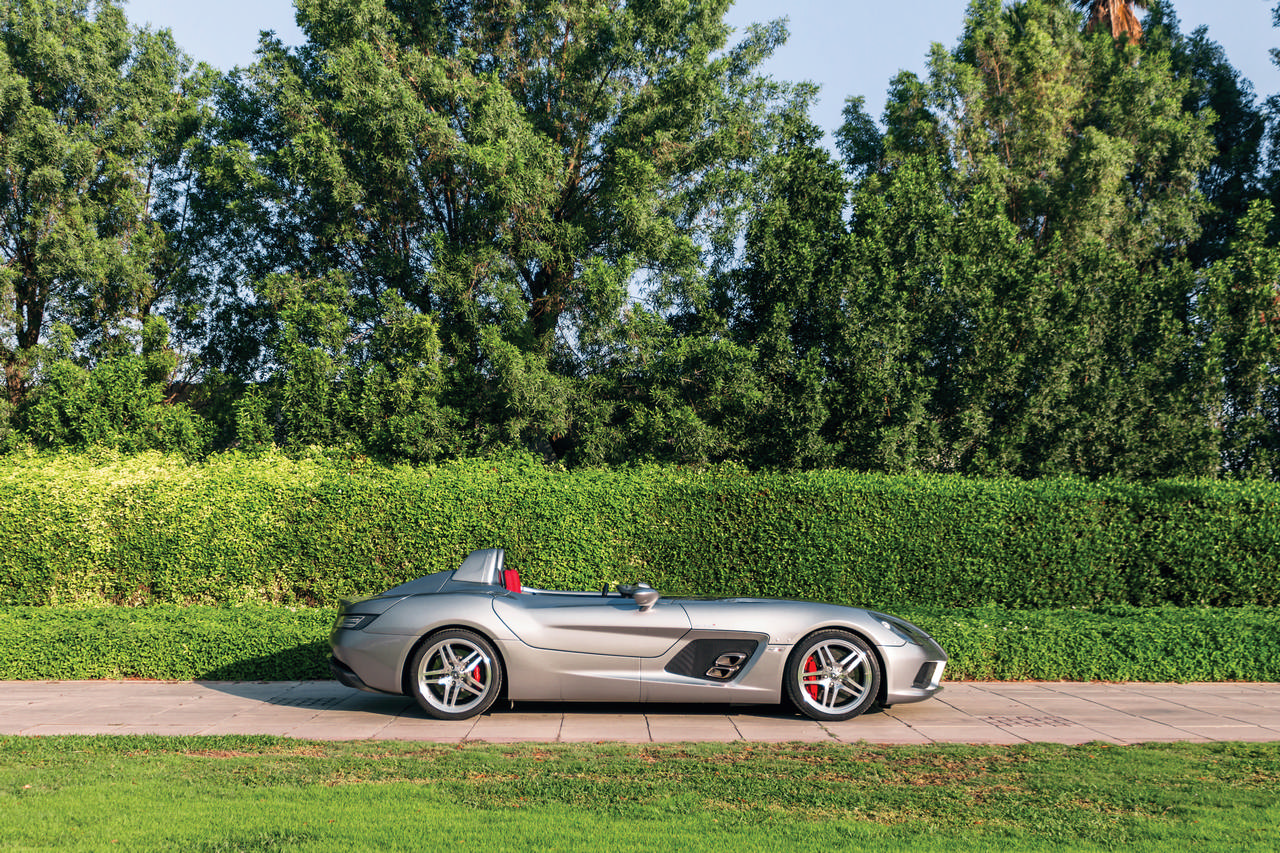 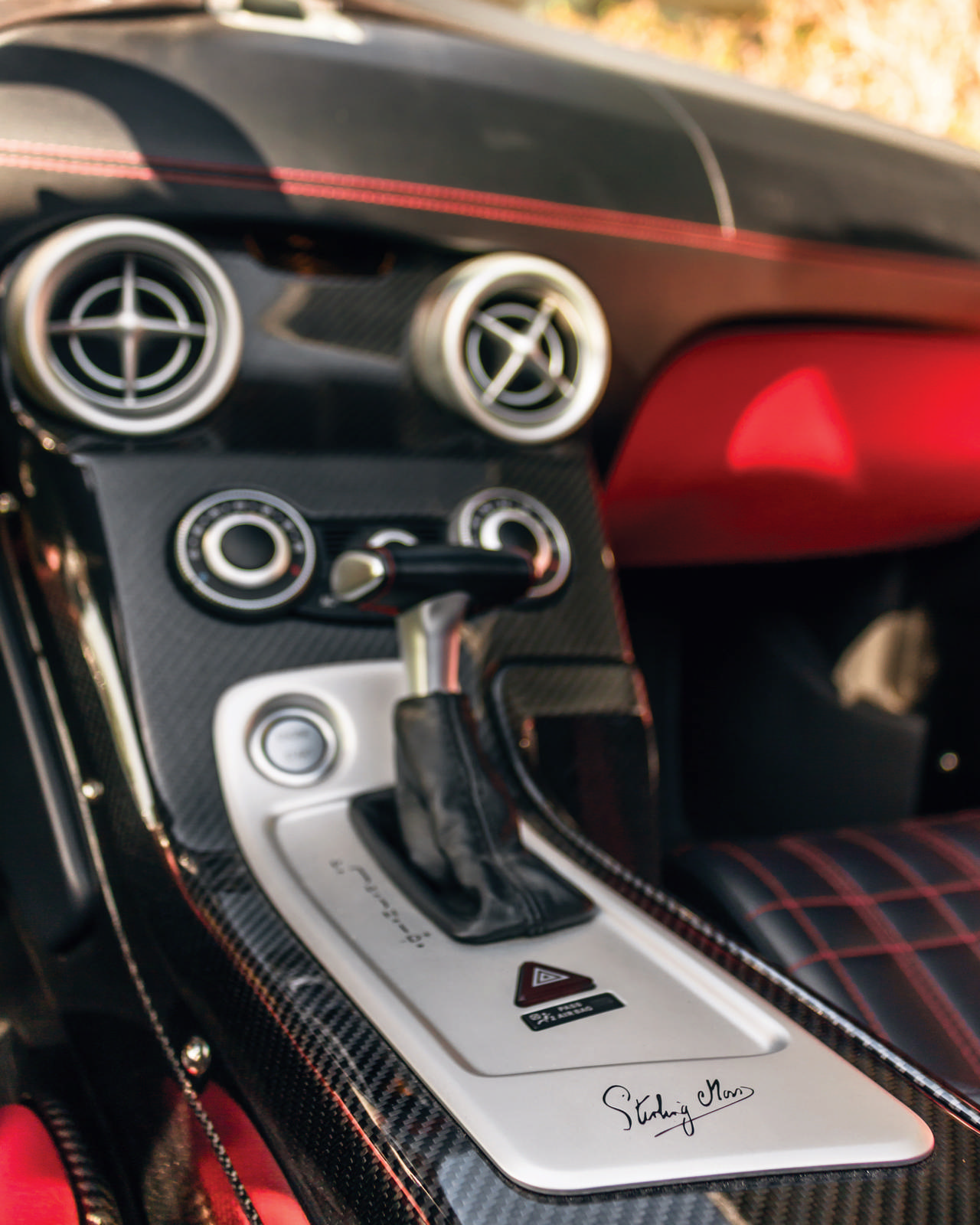 That’s the artsy side; in the practical sense, the SM was actually a lighter, faster, and more performance-oriented variant of the SLR 722, an even higher-po version of the SLR. Power remains the same: 641 hp from a 5.5L supercharged V8, but 200 kg were scrubbed off thanks to the removal of the top as well as the use of carbon fibre for the body and uprated aero bits. These include the front clip, which is one of the more, let’s say, “interesting” noses you’re going to find on a modern supercar.

For the rest of the styling package, however, we put “interesting” aside and swap it for “just plain cool”; side exit pipes – just like the old car – flying buttress-style rollbars, gullwing doors (of course), double-bubble rear deck, and a custom take on a classic colour in its Antimony Grey Crystal exterior paint.

Along with the paint, what makes this particular SM special are a number of factors, chief of which is its participation in the 2012 Mercedes-Benz 1000 Miglia challenge – contested by a number of classic and contemporary Mercedes models – which means that since there’s only 8,400 km on the odo, just under an eighth of that was spent in a classic car rally designed to remind us of the exact race that’s given this car its name.

Oh, and it comes with racing goggles, gloves and hats. 2 million-plus Euros indeed. 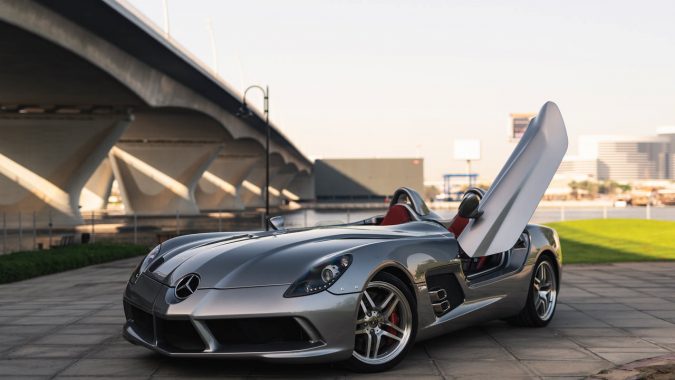 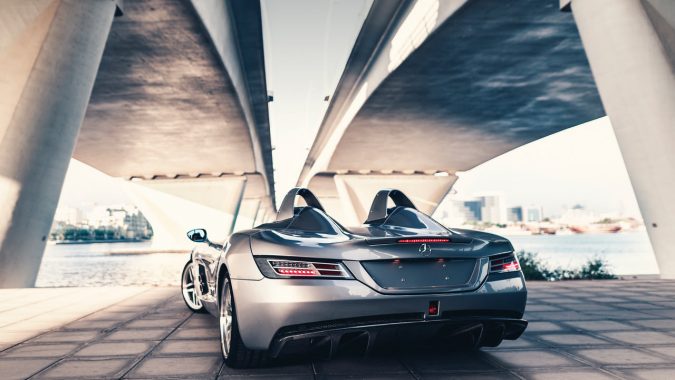 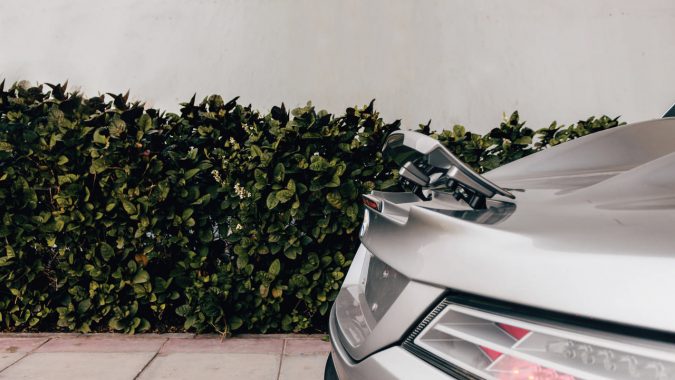 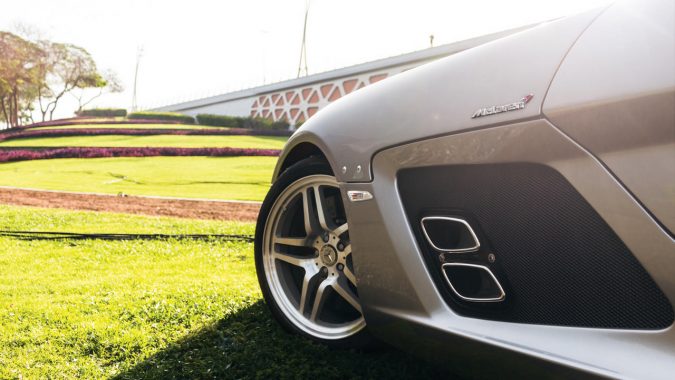 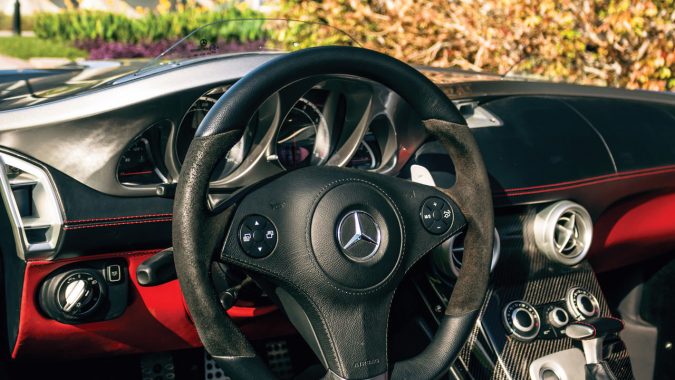 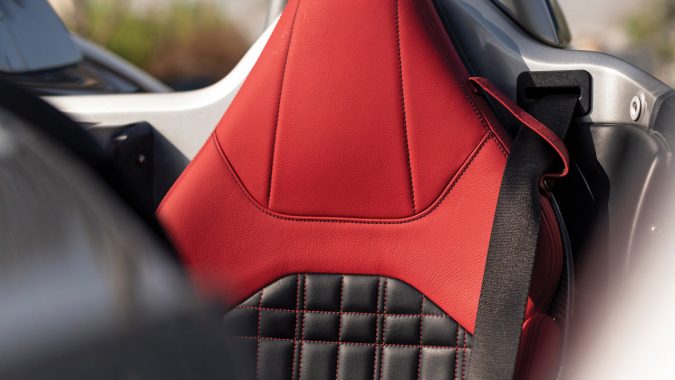 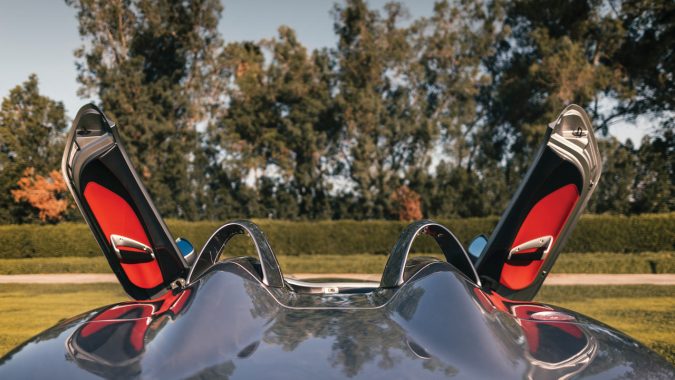 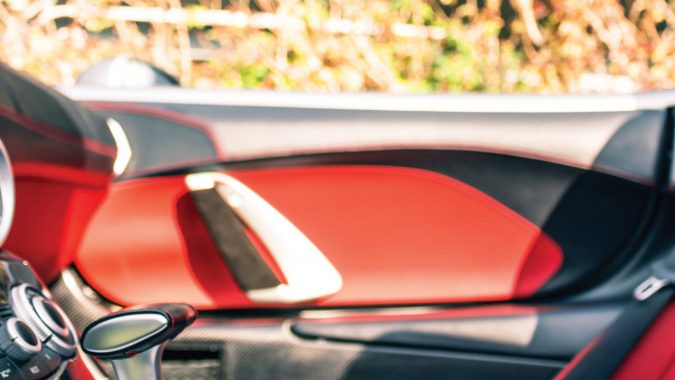 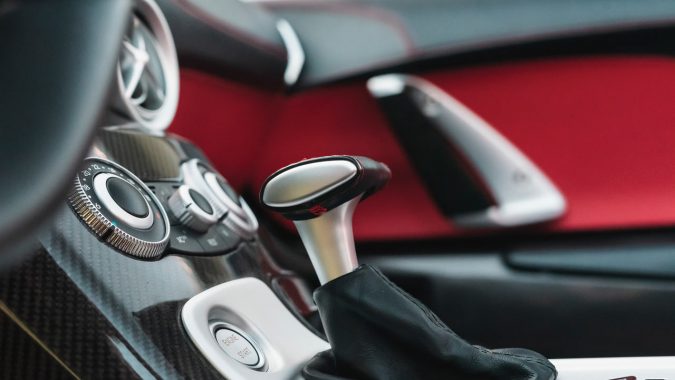 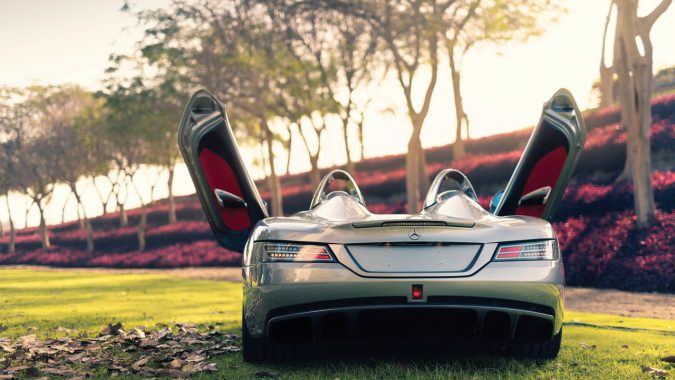