How do I…Restore my headlight lenses?

Unlike the plastic lenses that are more popular now, the glass ones didn’t haze and discolour.

Prior to the late 1980s, most headlights used glass lenses. Unlike the plastic lenses that are more popular now, the glass ones didn’t haze and discolour. Yellowed and cloudy lenses can not only dramatically reduce light output, but they visually age the vehicle too. What to do? Depending on just how deteriorated your existing lights are (from such things as substantial moisture entry, stress cracks or internal damage), new replacement lamps might be an avenue to consider, though the costs can be prohibitive for rarer models or vehicles with LED or Xenon lights.

Most of the time the most affordable and straightforward solution is simply to polish and refinish the existing lights. This has the bonus of not requiring the lamps to be removed — which can be very involved in some models — or even re-aimed, and it’s probably easier to do than you think.

First off, don’t use the insect repellant Off. Despite what TikTok and YouTube videos suggest, it should not be used to clear up headlight lenses. That quick-fix trick works because the DEET in insect repellant melts the outer layers of the plastic. Unfortunately, it can also damage the lens and any other plastic parts it comes into contact with, and the plastic may remain sticky and soft afterwards. 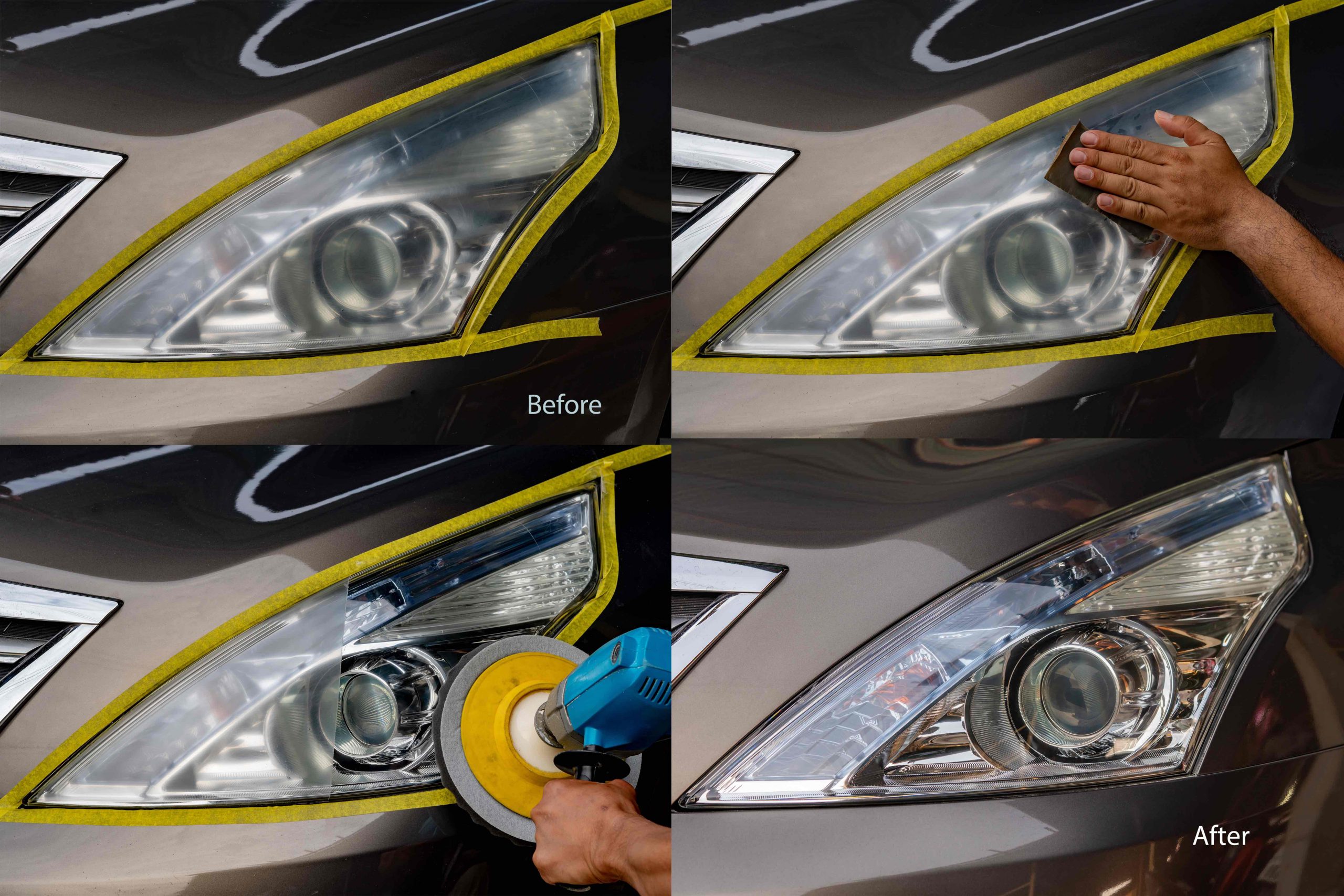 Instead, purchase kits or products intended for headlight renewal; they’re readily available and not very expensive. Multi-step kits are preferable because ideally you want to both polish and seal the surface. Some kits include an attachment for use in a drill, which may be helpful if you’re unable (or just unwilling) to manually sand and polish the lens surfaces.

It’s very important to mask off the area around the lamps properly and effectively if you’re refinishing them in place. The abrasives used will readily scratch and scuff your vehicle’s trim and paint. At least one layer of an appropriate tape, like painter’s masking tape, should be applied around the lenses and to any nearby at-risk surfaces, especially if using a drill-powered kit.

Follow your kit’s instructions; most typically include both coarse and fine abrasives to remove the degraded outer layer of the lenses, and a sealer to optimize the clarity and reduce future UV damage.

City dwellers, used to driving on well-lit streets, may not immediately recognize the improved headlight performance, but anyone can appreciate the benefits of knocking years off the appearance of their car or truck for minimal effort and expense.

Ask a Mechanic: How to fix a jammed Nissan Versa ...

How do I...Prepare my RV for winter?

How Do I Properly Set My Tire Pressures?

Ask a Mechanic: Don’t try to fix a satellite ra...