Looking to have a bit of fun during the warm summer months without breaking the bank? Here’s a guide on buying and modifying a first-generation MINI Cooper R50, a future classic.

Join the Conversation (15)
If you’re an automotive enthusiast looking for something cheap and fun in the secondhand market these days, things are a little rough. Ever since the COVID-19 pandemic hit us back in 2020, prices of iconic enthusiast-friendly classics have skyrocketed, making them, in some cases, more expensive than a brand-new sports car. But not all hope is lost, because there are still some hidden gems out there for any budget. One example is the first-generation MINI Cooper R50, an underrated future classic. It was sold here in Canada from 2002 to 2006 (2008 for the convertible).

When these cars came out, they were all about smiles per gallon. They were lightweight and tiny compared to anything else on the road, huge fun to drive and beautifully styled by non-other than Frank Stephenson. They also marked the return of the iconic MINI brand thanks to new BMW ownership.

Here’s a fun fact about these cars: in 2022, Hagerty UK listed the MINI Cooper R50 in its Bull Market List. Hagerty, a classic car insurer, considers that this generation of the MINI Cooper is currently at its most affordable and that it will slowly appreciate over time. Hagerty believes that the MINI Cooper is a future classic due to its significance in automotive history, but also because it’s a bookend car in the sense that it reincarnated the entire MINI brand that we know today.

Unfortunately, one of the reasons they’re so underappreciated and forgotten by enthusiasts is because of their shady reliability record. Stories of first-generation MINI Coopers blowing their engines, dropping their transmissions, or ending up with serious cooling or electrical issues are far too common, which has seriously hindered their appeal and resale value over time.

Yes, it’s true that the R50 (base MINI Cooper), R53 (supercharged Cooper S) and R52 (Convertible Cooper and Cooper S) aren’t the most reliable cars out there. But it’s also true that if you pick the right one, you’ll end up with a MINI that’s “not bad”. That’s the one you’ll want to buy as a foundation for your build. 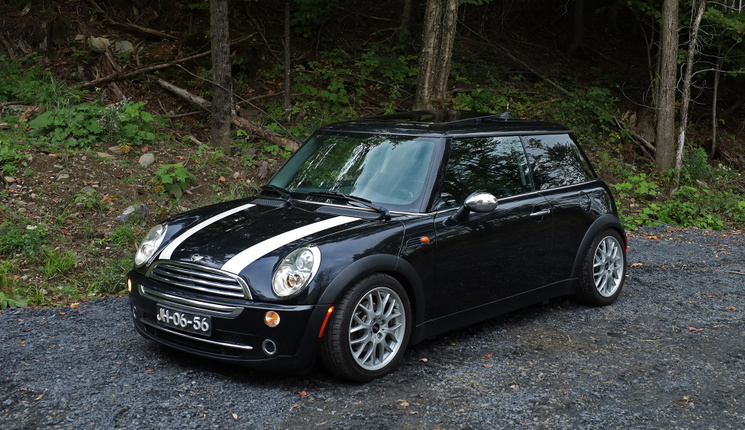 The first rule of thumb when buying an R50 is to stay away from anything that’s pre-2005. The early years were a nightmare, but in 2005, BMW basically overhauled the car, replacing several key components with sturdier and better parts. The transmissions were now supplied by Getrag instead of Midlands, which made them a lot more reliable.

The second rule when shopping for a first-generation MINI Cooper is to avoid the automatic transmission. As an enthusiast, you won’t want it anyway since it’s a CVT, but also because it was plagued with problems, leading to a class-action lawsuit.

The final and perhaps most important rule of all: do not buy a Cooper S!

Now at this point, you’re probably wondering why? Why not start off with the high-performance, supercharged model for your performance build? The reason for this is that you’ll want to stay away from the complexity, as well as the oil consumption and cooling issues that resulted from the supercharger. The base Cooper, while underpowered, has a much simpler engine, while remaining a fantastic platform on which to build from. 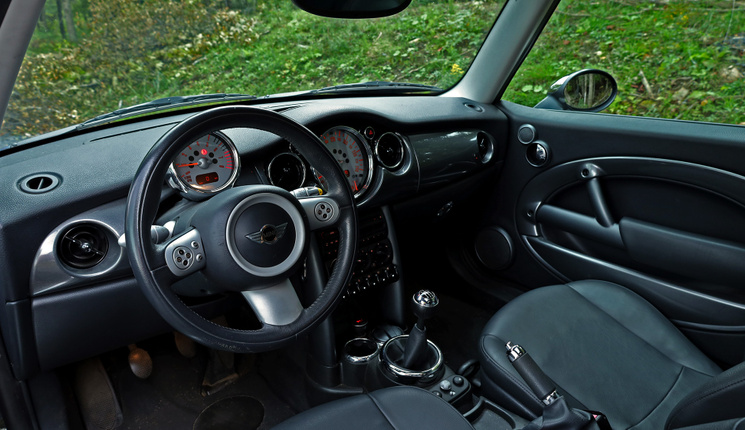 So, let’s recap. You’ll want to find a 2005 or 2006 MINI Cooper, non-S R50, equipped with a five-speed manual transmission and, ideally, without low mileage. Also make sure that the car has been properly maintained and has its service records. This is a European car after all.

The R50 MINI is already a fantastic handling car, but you can make it even better. One of this car’s main problems out of the box is that its ride is very stiff. You can improve ride quality and durability with a quality aftermarket coilover set. 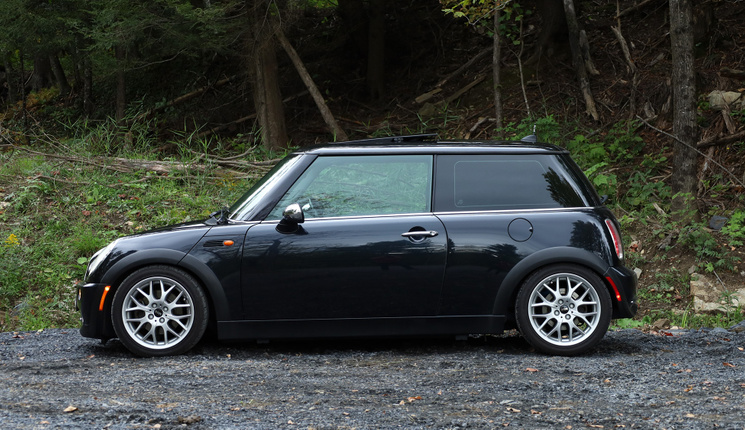 Take the time to carefully shop for the brands that are available. Try to go for well-established companies that have made a good name for themselves in the aftermarket and OEM world. I personally chose Bilstein due to its extensive experience with all sorts of vehicles, more specifically European cars. I went with the B16 set due to its adjustability. Working with a trusty mechanic, I was able to find a sweet spot between handling and comfort. The upgrade led to a car that handles better, rides smoother, but that’s also more solid when hitting rough pavement.

Since the R50 has a power disadvantage versus the R53 Cooper S, you’ll want to keep those wheels as small and light as possible. From the factory, the non-S Cooper comes with 15-inch wheels. I recommend staying with those. If you plan on going larger for looks, do not exceed 16 inches.

There’s a great website called minicooper.fandom.com that lists all the available OEM wheels for a first-gen MINI Cooper, with the weight of each set. The lightest wheels are the R81 “phone-dial” type, weighing in at only 12 lbs. each. 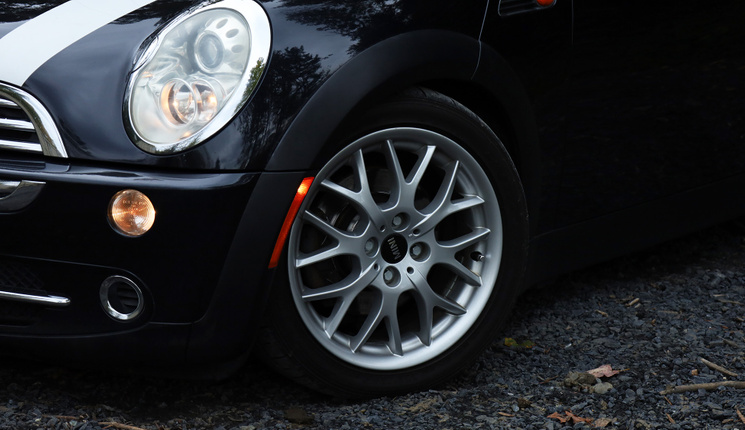 I personally couldn’t resist the look of the R90, Italian Job style 16-inch wheels. But I do realize that at 24 lbs. apiece, they’re on the heavy side.

Lastly, you’ll want to wrap those wheels with sticky rubber and if possible, not too wide. What you want from your MINI is to feel it at the limit, so you don’t want too much grip. From the factory, these cars come with 175-mm wide tires. I wouldn’t go past 205-mm, which is what I chose to put on my MINI.

Power – You’ll Need More of it

The biggest problem with the R50 is its lack of power. While immensely fun to throw into a corner due to its lack of body roll and small size, you might find things a bit boring in the straights. You’ll need to extract more horsepower and torque from that basic, but bomb-proof 1.6-liter, single overhead cam, 16-valve Tritec four-cylinder. Stock, it’s good for 115 horsepower and 110 lb-ft of torque.

But what this engine lacks in refinement, it makes up for it for by how simply it was engineered. When designing the MINI Cooper, both Rover and BMW wanted the car to be easily customizable. This also meant easily tunable. They therefore engineered a cast-iron block so it could endure massive abuse, either through natural aspiration, supercharging or turbocharging.

The first step is to improve the engine’s breathing through an upgraded intake system. A cold air intake is typically the best route to take for this. 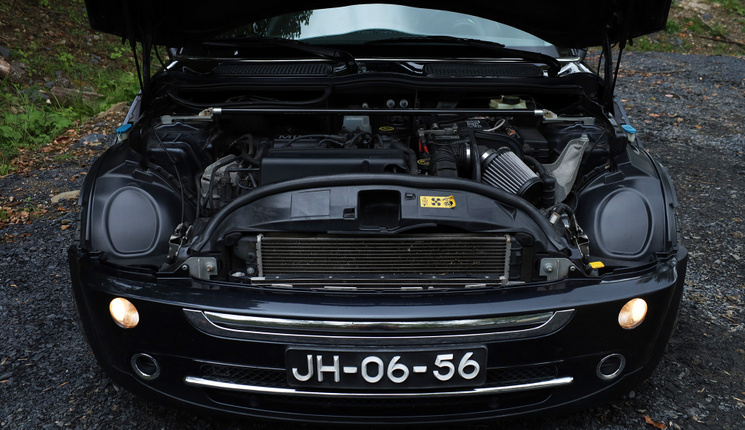 Just like the coilovers, carefully research each brand and find the one that is best suited for a MINI Cooper. Try to prioritize quality over low pricing. Outmotoring.com is a wonderful place to find aftermarket parts for all generations of the MINI Cooper. They suggested that I go with an A&E cold air intake system for maximum gains. Upgrading your Cooper’s intake will also give it a pleasant, raspy snarl when climbing through the revs, further adding to the driving experience.

Intake modifications don’t do much if they’re not paired with a proper exhaust system. What you want from this tiny engine is to give it a chance to breathe properly, but also to adequately get rid of its waste.

A full exhaust system may be costly, but it’ll give you the greatest number of gains, especially if it’s mated to a proper intake system. In my case, I went with the Milltek setup, which is specifically designed for the R50 MINI Cooper. 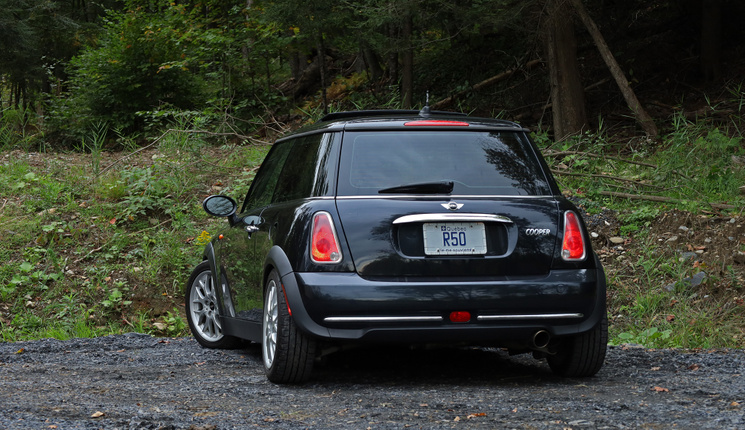 Designed and hand-built in the UK, the system is said to add about 15 horsepower while improving the exhaust note, but not to the point of getting you pulled over by the police. One other aspect I particularly like about this exhaust system is that the muffler’s tip fits perfectly well inside the bumper hole, put there for the OEM exhaust tip.

True MINI connoisseurs will argue that the R50’s original “Coke can” exhaust tip is part of the Frank Stephenson design. And it is. But Milltek’s system is discrete enough to make it look like an OEM part, all while significantly improving your car’s performance and sound.

Now that air and exhaust are flowing through your engine faster than before, you’ll also want to improve the entire ignition system so it can keep up. Out Motoring sells a great package for this that they call the Out Motoring Stage 3 Ignition Kit. It comes complete with an upgraded coil pack from Screaming Demon, upgraded NGK spark plugs, and performance Kingsborne wires. This engine modification may seem insignificant, but when you mix it up with a proper intake and exhaust upgrade, you’ll notice the gains.

This is a tricky one and I highly recommend you read up on it before you embark on an ECU reflash. It’s also important that the company you work with knows everything about your car before they send you the tune. 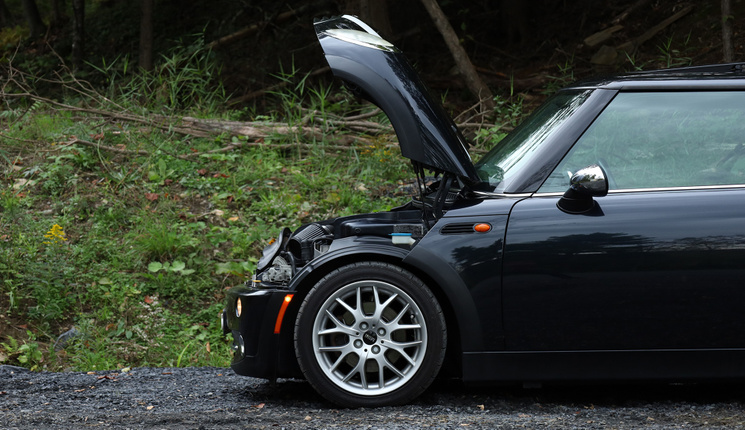 I learned this the hard way by working with Superchips, a UK-based company. They sell a great kit called the Bluefin which allows you to simply connect it to your OBD port, giving you up to 10 horsepower in the process. Unfortunately, I hadn’t informed them ahead of time that I had already installed the parts listed above. This led to a reflash that simply wasn’t compatible with my already tuned engine.

My recommendation is as follows: either you begin with this upgrade or, if you plan on doing it last, like I did, make sure to inform the company of all the upgrades you’ve done prior. Also make sure to work with a company that has extensive experience with gen-1 MINI Coopers. Superchips is a good one, but they’ve already begun to legacy their kits due to their age.

How About the Brakes?

Upgrading your brakes is never a bad idea, but I’ve realized that the stock Cooper brakes are plenty capable of withstanding the augmented horsepower and torque. That’s why I decided to stay with the original four-wheel disk setup. All I did was upgrade my brake pads with Hawk performance ceramic units.

Enough Gains to Have Massive Fun

If all these steps are taken properly, your MINI Cooper R50 should end up in the vicinity of 140 horsepower give or take. Considering that these cars only weigh about 2,500 pounds, that’s a great power-to-weight ratio.

You’ll also notice that the engine revs easier all the way to its 7,000-rpm redline and that the throttle response is improved. Lastly, since the car’s entire intake, exhaust and ignition system is overhauled, I suggest always running on 91-octane fuel or higher.

In total, expect these mods to cost you anywhere between $5,000 and $7,000. Considering how affordable these cars are right now, you could end up with a highly fun, analog, and vocal little brat of a hot hatchback for less than $15,000.