So it’s happened. You’ve caught “the bug”. But where do you start?

Maybe it’s because you were stuck inside for a year. Maybe you’re finally able to fulfill a lifelong goal. Maybe you just got the idea in your head that life needs to offer more excitement than it does when you drive a crossover SUV every day of your life.

For whatever reason, you’ve got it in your head that you want to buy your first sports car. Is this a logical, sensible decision? No. There is no good argument for buying a sports car.

And that’s the point. Sports cars are bad at everything other cars do except one very, very important thing. Being fun. Sports cars are about emotion, sensation and exhilaration. Making a sensible decision has nothing to do with it. Stop trying to rationalize it to your friends, your spouse and yourself (that’s the first tip).

Having said that, there are some things to consider as a first time sports car buyer to ensure your purchase offers more fun than it does inconvenience (or in some cases, outright misery).

Be wary of buying used.

But here’s the thing. 70,000 km on a sports car is not like 70,000 km on a commuter car. Most commuter cars generally get to live their lives gently cruising on the highway, never really being pushed to the limits of what they’re mechanically capable of.

Sports cars? Not so much. A lot of people buy them to kick the crap out of them. Muscle cars, roadsters, anything with a stick shift, really — chances are somebody bought it to drive it hard and fast.

That means consumables like tires, brakes and clutches may all be on their last legs (if not toast) at mileage levels which most cars wouldn’t even need a service. And that’s just the cheap stuff — potential engine or transmission failure as result of severe abuse may not be out of the question.

It’s not to say they’re aren’t really well maintained examples out there — vehicles which have lived under a dust cover, respectfully driven and well maintained by their owners.

However, it’s always worth doing two crucial things when researching a used buy.

• Check for any known recalls or common issues with the car you’re thinking of buying. A $30,000 BMW M3 might seem like a great deal, until some of its infamous gremlins rear their ugly heads.

• Ask the owner to have the car examined by a certified tech — someone who is really familiar with that make and model. They’ll know to check common failure points and in some cases, may have specialized tools to examine the interior of an engine, letting you know if what you’ve got on your hands is a ticking time bomb. 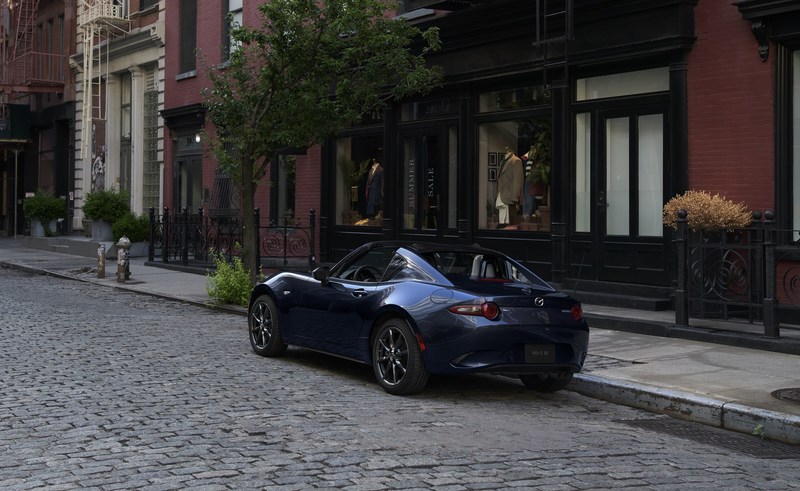 Ask Yourself What You’re Willing To Compromise

Every sports car is going to come with some kind of compromise. Even if we’re not dealing with the strictest definition of sports car — if we open it up to just say, “enthusiast car”, meaning; roadsters, muscle cars, grand tourers, sport compacts, hot hatches and even sports sedans — there’s always a compromise.

No matter which direction you go in, you’re going to be sacrificing either storage space, seasonal driveability, fuel efficiency or comfort… and in a lot of cases you’ll have to sacrifice more than one of those things.

Porsche Cayman? Toyota Supra? Mazda MX-5? They’re really great cars to drive. But they’re not exactly “grocery getters” when it comes to storage space. Nobody will ask you to help them move. Put it that way.

Muscle cars like the Mustang GT or Challenger R/T are big on power and trunk space, and the modern ones are perfectly comfortable for long drives. But you will get stuck in a snow bank thanks to their summer tires and rear-wheel-drive layout. Snow tires help, and the modern versions with their independent rear suspension and trick traction control are a huge improvement over the “good ol’ days” — but they’ll never be as capable in bad weather as an AWD SUV or 4×4 truck.

You might think “Aha! What about the Subaru WRX STI? That’s good in the snow! And practical!” To which I say, “Sure, but have you checked out the fuel mileage?”

Are there options that sacrifice nothing? Kind of. Hot hatches like the Golf GTI or Honda Civic Type R are very light on traditional sports car compromises — but as a result, they sacrifice that feeling of being “special.” Which is really the whole point of a sports car.

Compromise is inevitable. You have to sacrifice for fun. The key question is asking what you’re willing to give up.

Be Real About Your Skill Level

There are plenty of stories out there — some from dealerships themselves, about gung ho first-time sports car buyers driving away with their brand new Corvette or Mustang GT or CLK AMG on a Friday, and having wrapped it around a tree by Monday.

Hell, we’ve all seen the YouTube videos of guys leaving car shows, trying to show off, only to have disaster ensue.

Having 500 horsepower under your right foot is no joke. And it’s not something to easily get a hold of if it all goes wrong. You can puff your chest out and think you’re a hero all you want, but the reality of power and speed can be very, very humbling.

So if you’re coming to the sports car world as a blank slate, you may consider leaving more aggressive options like the Corvette or Porsche 911 or Challenger Hellcat on the shelf for now.

Here’s the good news. Those high-end, high horsepower sports cars? You don’t get to really use all of that power all of the time. Yes, it can be thrilling when you finally get to, but most of the time you’re having to pick your battles pretty strategically.

However, more accessible stuff like the Subaru BRZ, Mazda MX-5, Porsche Boxster or Honda Civic Type-R allow you to have fun all the time. Because their limits are lower, you can reach them much more easily, much more often, in a way that you can learn to control.

Fun happens when you feel you’re manipulating a car in a way in which you’re in complete control. The BRZ, as an example, is a car that is fairly slow, to be sure, but because of that you can drive it at full throttle all the time without scaring yourself. You can learn what it’s like to apex a corner or get yourself out of a tail-slide without fear of the car getting away from you.

There’s a really good argument to entertain that something like a Subaru BRZ is more fun to drive than a Corvette and honestly, it’s one I personally subscribe to.

Know thyself. You’ll have more fun. And probably save a lot of money.

The Safety and Convenience of a Professional Oil ... 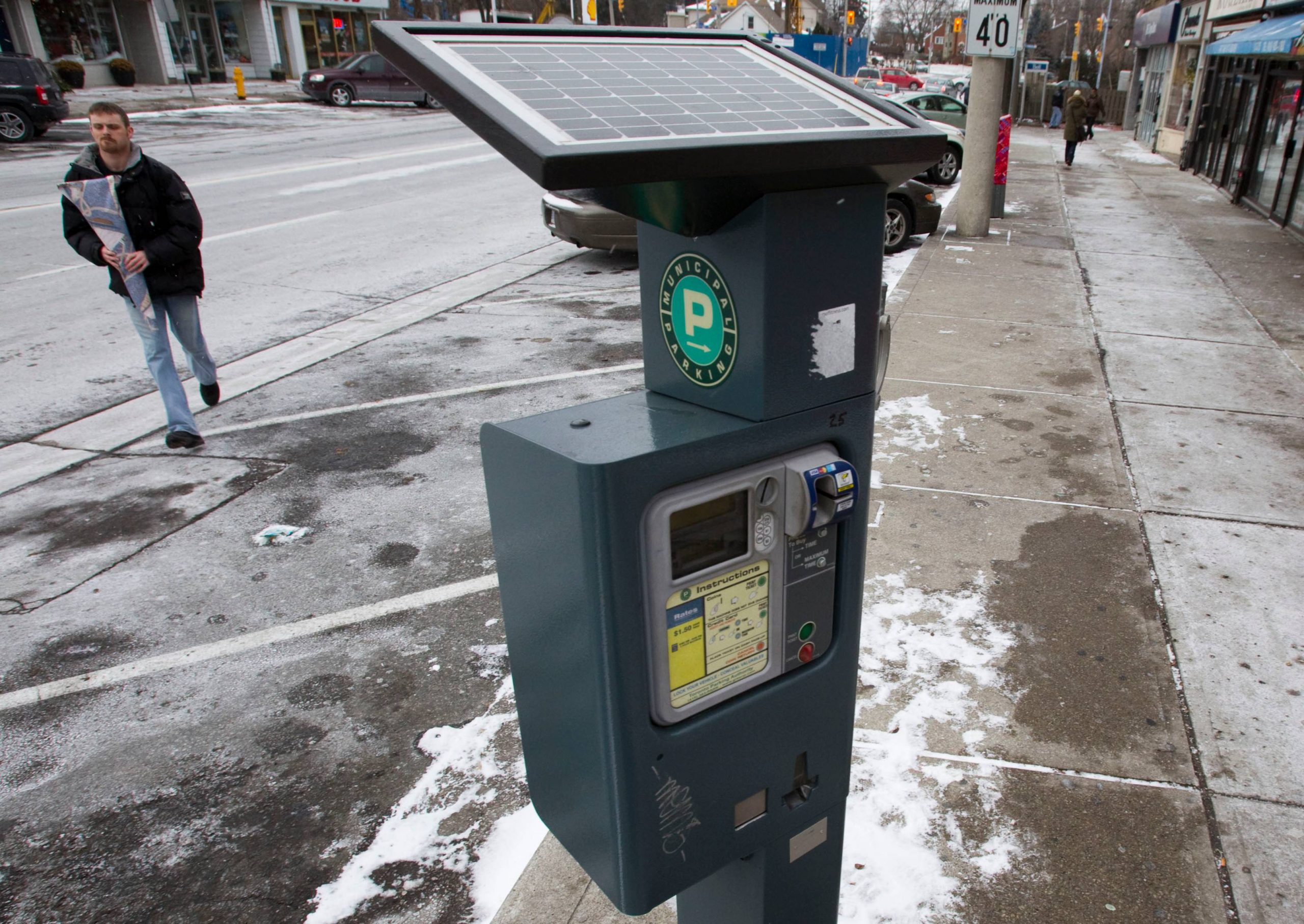 How do I…not get fined when the parking machine...