Winter Tire Mandates: Should Every Province Have One?

Winter tires are the most effective tool for reducing collisions and fatalities during the winter months.

Join the Conversation (1)
The government has required seat belts, ABS, and stability control in cars and trucks for years. Even back-up cameras have been mandatory since 2018, so why aren’t winter tires? Winter tires are proven to reduce crashes and save lives, so why isn’t there a national winter tire mandate? Should there be one? We take a look at winter tires and one of the biggest dirty words of the last three years.

Right now, only Quebec tells drivers that they have to use winter tires during the winter months. British Columbia requires it on select roads and highways during the winter driving season, allowing drivers to make their own decisions in the parts of the province where snow and ice are less common.


Quebec launched its mandate in 2008 and has made a few changes to it over the years. Before the introduction of the law, officials in the province estimated that 90 percent of drivers were already using winter tires. After the law, the figure climbed to around 95. Quebec saw that the 10 per cent of drivers using all-season tires in the winter were involved in 33 percent of winter crashes.

In the two years after the winter tire laws came into effect, Quebec saw 574 fewer people injured in winter road collisions. Deaths and serious injuries were down by three percent. A winter tire use increase of just five percent of the total vehicle fleet made a big difference to road safety.

Since the winter tire mandate in Quebec, the number of annual crashes in the province has been cut in half. From around 55,000 a year to under 27,000. This despite more than a million extra drivers and vehicles on roads in the province. The number of people killed in crashes fell from 720 in 2006 to 488 in 2010. The number of deaths continued to fall when Quebec tightened the tire criteria, dropping to 318 in 2014.

Collisions much more frequent in winter


The winter months are when collisions are at their highest in Canada. The RCMP reported that in 2017 collision claims went up 49 percent in December and January. Nearly a third of all collisions happen when it is wet, snowy, or icy, conditions that occur most often in the winter driving season.

In BC, the rule allows tires with an M+S sidewall marking. The M+S marking requires no testing on snow or ice and is defined largely by the tread surface having at least a 25 percent "void" area. Performance tires intended for powerful cars and summer driving can meet that qualification and wear the badge. BC's legislation for "winter tires" really only requires all-season rubber. 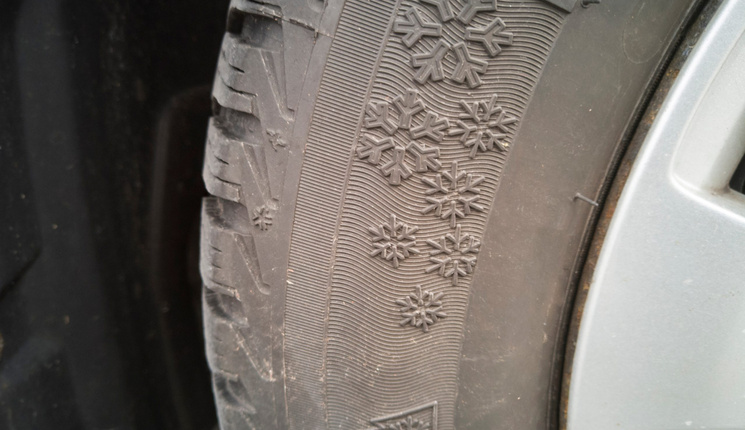 Quebec is much more strict, at least in theory. The rules require a 3PMS (three-peak mountain snowflake) certification. But that certification requires a tire to deliver just 12 percent better traction in packed snow than the standard reference tire, which is at least an "all-season" tire. Before late 2014, a tire with the word "Studless" on the sidewall qualified.

Costs can be prohibitive


Many provinces have looked at winter tire mandates, and most have said no to the idea. The reasons are generally not related to safety, but to the burden that the mandates put on consumers. A second set of tires is expensive. The cost and time required to change them over twice per year are not insignificant. Storage of tires is also a factor.

Yes, you can change them yourself. The average person likely can't. And probably shouldn't.

Crucially, these costs put a larger burden on those who are least able to afford them. Canadians with incomes below a living wage, with jobs and commitments not offering the flexibility to spend a day waiting at the tire shop for a winter changeover, and many others.

Instead of the stick of winter tire mandates, governments have looked toward the carrot. Newfoundland and Labrador passed a law requiring an insurance discount for winter tire use, though most are receiving an insignificant five percent savings. Ontario passed similar legislation, though the discounts can be as little as two percent. Making these more of a baby carrot to incentivize drivers to winter rubber.

Manitoba Public Insurance, the province's public insurer, offers low-interest loans to help drivers pay for winter tires and wheels. The loans offer terms of up to 48 months at prime plus two percent. Nearly 200,000 Manitobans have applied for the program to help ease the costs of better traction.

Winter tires are the best option


We spoke with Steve Olmstead, Director, Social Responsibility & Advocacy at CAA Atlantic. CAA has been advocating for its members and promoting road safety for more than 100 years.

"The reason for that is that they have customized rubber for those conditions and that helps achieve contact between the tire and the road. So there's nothing else that comes close to winter tires in terms of performance, and that gives you safety and traction," he said. “Along with good driving habits, you've got to drive for conditions." So is the Association for winter tire mandates?

"From a safety perspective, we know that winter tires are the best option. And we would always welcome the opportunity to look at any draft regulations around a mandate," Olmstead said. But, he added, "we recognize that tires are expensive. And that it might not be easy for everybody to afford new tires." So that's a maybe. 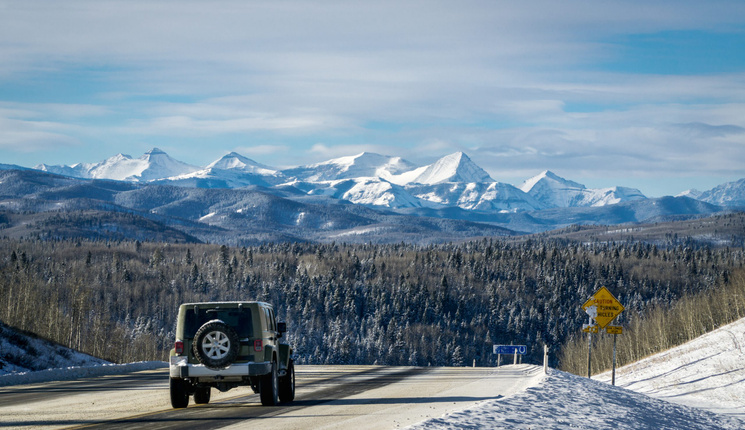 Safety innovations like airbags, active driver assists, and even seat belts (when they were new) slowly filter out into the fleet of cars and trucks on the road. This makes these devices more affordable for buyers who can't afford a new vehicle because within a few years the features will be found in lower-priced used cars. Winter tires are a consumable, so they don't have the same pass-on benefit.

Olmstead suggests that to boost affordability, winter tires would likely need some sort of subsidy. "So the idea behind (the mandate) makes sense for safety purposes. But then the cost and subsidy questions press pause on it."

It's easy to look at the scenario from behind an office desk. Drivers stuck for hours in Vancouver just a few weeks ago might have a different view, as might those involved in the triple-digit snowy pileups on Ontario's highway 401. For the opposite view, ask last February's temporary residents of Ottawa how they feel about additional safety legislation.


The real solution might be education. Making drivers aware of the benefits of winter tires in winter conditions. Showing drivers that they are less likely to be injured or killed on the highway with winter tires, even if they have 4x4 or all-wheel drive. Because a recent survey commissioned by the Tire and Rubber Association of Canada, a tire industry trade group, shows that it isn't cost that's stopping most drivers.

In that survey, only 26 percent of drivers said that cost was keeping them from winter rubber. That's virtually the same as the 25 percent who said that they just don't drive in bad weather. 57 percent said that they thought all-season tires were good enough, a misconception that has been proven false time and time again. Often with a trip to the body shop or the ER.

Should there be a winter tire mandate? The data says yes. But when it comes to politics and laws, the equation is much more complex than just the raw data. 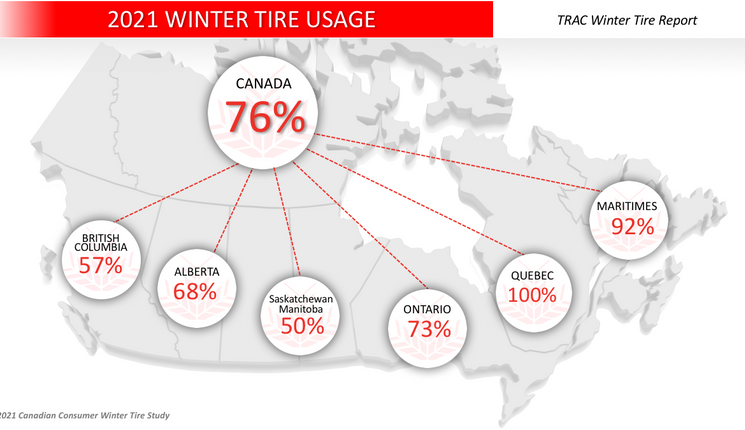