Why do we send traffic around in circles? Here are a few benefits, from safety to emissions

Roundabouts and other circular intersections take a bit of getting used to, but you should — they’re not going anywhere.

Join the Conversation (0)
Round intersections are nothing new, with historic examples including the famous Place Charles de Gaulle in Paris, where 12 avenues converge at the historic Arc de Triomphe

But the modern traffic circle is a surprisingly recent innovation. One that has done a tremendous job of increasing road safety and efficiency. No more spinning around in circles, here's your guide to rotaries and roundabouts.

We throw around terms like rotary, roundabout and traffic circle almost interchangeably, but to engineers, they're very different bits of roadway. And, depending on who you're asking, what's different isn't always the same.

A traffic circle is a very large loop. An older style, usually in an urban area, they can have traffic lights and often have statues or monuments in the middle. In the 1950s, Edmonton famously built 12 of these, with five still in operation today.

Most Rotaries in Canada were built before the 1960s. Unlike a traffic circle, these large loops require lane changes inside them to help traffic enter and leave. Halifax’s Armdale Rotary is an infamous example. Until 2005 it oddly required traffic in the circle to yield to vehicles trying to enter it.

Roundabouts are the modern design. They can have multiple lanes and can see multiple roundabouts linked together – like the Magic Roundabout in Swindon, England, with its five small roundabouts arranged in a larger circle – but they are usually still much smaller than a rotary.

The modern roundabout was developed in the United Kingdom during the 1960s as a way to help smooth the flow of traffic. The first modern roundabout in Canada didn't open until much more recently. It was built in 1998, where Boulevard Alfred Nobel meets Avenue Marie Curie on the edge of Trudeau Airport.

Since then, the roundabout has grown like a traffic weed. There are now more than 400 of these intersections in Canada, and they're quickly becoming the first choice for road junctions, replacing the traffic light.

Why are they popular?

For a start, this simple circle is safer.

Right-angle intersections, even with stop signs and lights, are dangerous. If a vehicle fails to stop for a traffic signal, a high-speed crash can result. Depending on the factors, that vehicle can also keep going, hitting other vehicles, pedestrians or even cyclists.

In 2019, Canada saw 41,303 collisions at intersections with signage or traffic lights. The result was more than 56,000 injuries and 304 deaths, according to Transport Canada’s National Collision Database.

Roundabouts, Transport Canada said, are much safer. They've been shown to reduce fatalities and injuries at intersections by up to 70 per cent. There's enough research proving roundabout safety that a 2009 report completed for Transport Canada suggested it's not worth studying the issues further.

The reason is that they reduce vehicular conflicts. That's according to the National Cooperative Highway Research Program (NCHRP), a leading road planning group in the U.S., and its report “Roundabouts: An Informational Guide.”

Roundabouts remove left turns across lanes of traffic, a common cause of head-on collisions. They also remove the possibility of right-angle collisions; where a vehicle runs a sign or light and is struck by a vehicle crossing the intersection from the side. A same-direction sideswipe in a yield gone bad in a circular intersection is a better outcome in a crash than getting T-boned.

Entering and navigating a roundabout means lower speeds. At lower speeds, crashes are less severe, and collisions are less likely to result in injuries and fatalities.

Roundabouts can be safer for pedestrians as well. Data from Europe shows pedestrian collisions drop around 75 per cent. Why? Lower traffic speeds give drivers more time to react and reduce the severity of injuries in a crash. And, because vehicles are all travelling in one direction, it makes it easier for pedestrians to watch for inattentive drivers. 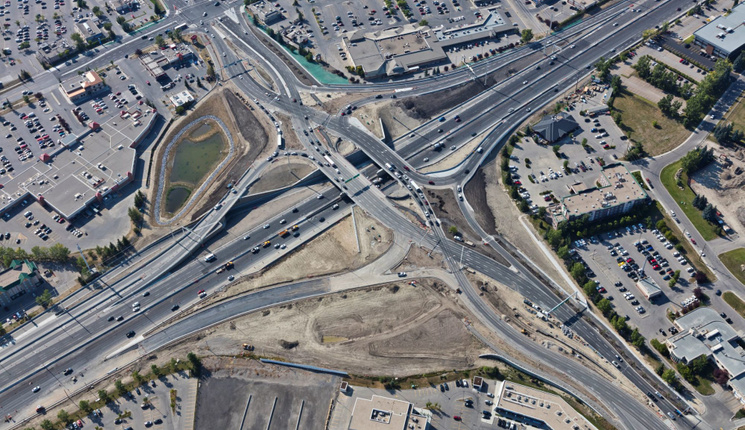 However, data from the Insurance Institute for Highway Safety (IIHS) suggests drivers are less likely to yield to pedestrians. Especially in multi-lane roundabouts, which does take away some of the advantage.

The circles can be made safer still with some gentle changes. The NCHRP report showed that both smaller lanes and a wider circle work to reduce collisions around and inside the roundabout. Safety in roundabouts also improves over time; studies have shown that they can take some drivers a few years to get used to.

Roundabouts can reduce fuel consumption and emissions, too. The IIHS said that vehicle delays can fall as much as 89 per cent, with a 56 per cent cut in vehicles stopping. Vehicles moving instead of stopping (and accelerating) are more efficient. A study in the Transportation Research Record found roundabouts cut fuel consumption by 23 to 34 per cent compared with trafifc lights and stop signs.

Safer, quicker, and more efficient, the roundabout reinvented the wheel by laying it flat. So don't expect this traffic control device to go flat anytime soon.

Four other road designs that improve safety and flow: