For many, the May long weekend marks the unofficial start of summer. With the warmer weather, drivers – both of classic and modern vehicles – are ready to take their rides out on the open road. We asked some proud Wheels readers to share with us what makes their vehicle special to them. 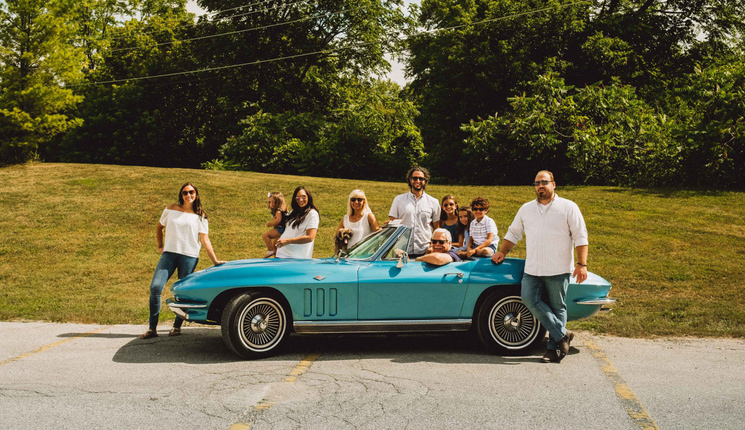 “My father was in the automobile business all his life, and from the 1960s until his retirement in the late 1990s he was the general manager of Addison Leasing of Canada. I had the wonderful privilege of growing up driving cars that were not only new, but also difference makes and models. Customers back then would replace their leased vehicles every two years. One customer in particular always leased a brand-new corvette. Of all the cars I got to drive, I fell in love with the 1960s and early-1970s Corvettes, especially the Stingrays. Eleven years ago, I had the opportunity to relive that time in my life by purchasing and restoring my own 1966 Stingray in Nassau Blue. 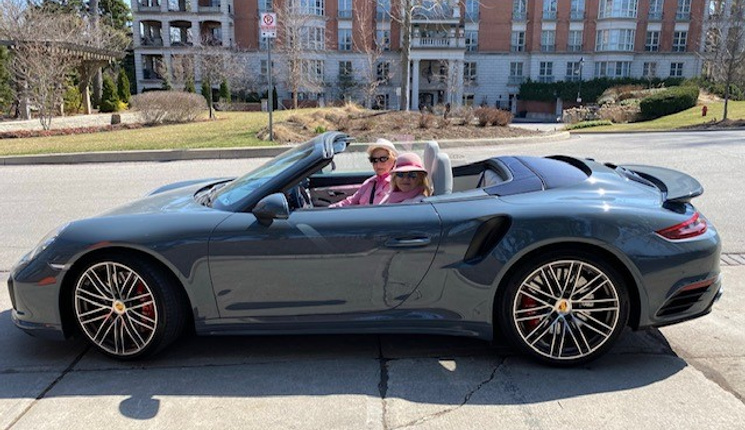 “I bought my Porsche 911 during the lockdown last winter. It certainly broke up the monotony I was experiencing. As a 71-year-old widow it gives me so much pleasure and enjoyment. I just love hitting the road in it – and I can take my 95-year-old mother for a ride. I have a cottage and that is my favourite place to drive my car. Cottage roads are perfect for going out and about in my little 911 with the top down.” 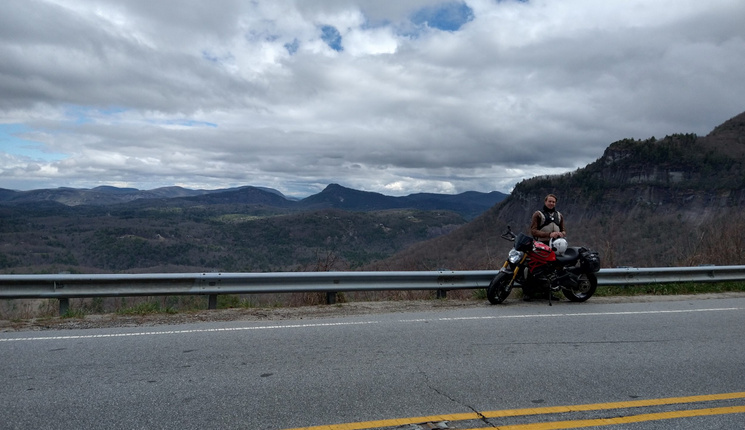 “I first learned to ride motorcycles in 2012 while living in Rio de Janeiro. Ten years later I am grateful to say I ride a 2014 Ducati Monster 1200 S that I call ‘La Dozzina.’ I now live in Mimico, but still try to ride all season, mostly for hiking adventures, visiting friends or meeting for coffee in Hamilton. In the warmer months, I'll travel to Muskoka or up to Sudbury to spend time with family. Over Easter, some friends and I trailered our bikes down to explore the Smokey Mountains in North Carolina. This season I’m planning a ride to Quebec to see Mount Tremblant and perhaps will make it as far north as Timmins. 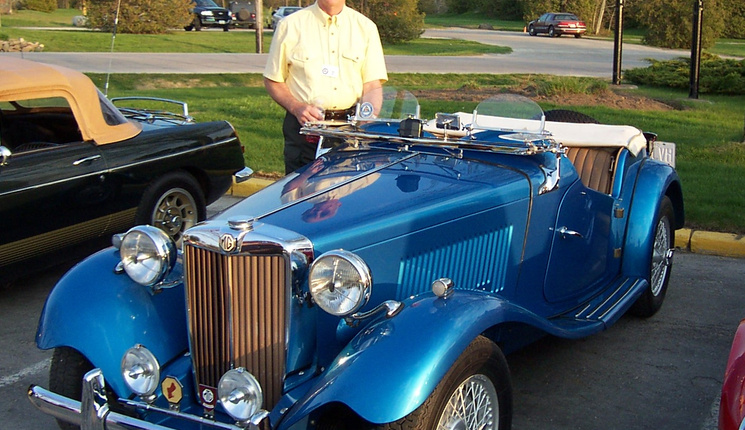 “This is my 1953 MG TD that I have owned for 66 years. in 1956, I was just 16 years old and worked all summer in construction. I spent every dollar I earned to buy this car for $750 – my father nearly disowned me (for paying that much). There were 30,000 miles on the dial when I bought the car and there's now 190,000, so that gives you some sense of how I have used it. I drive it regularly throughout the summer. I believe New Mexico and Alaska are the only states in the U.S. we have not visited with Snoopy, as he is affectionately called.

“I’ve marked a lot of significant life events with Snoopy, from high school through now. My wife, Lynn, and I were engaged in the car, and we raised two children who never turned down the opportunity to ride in the back.” 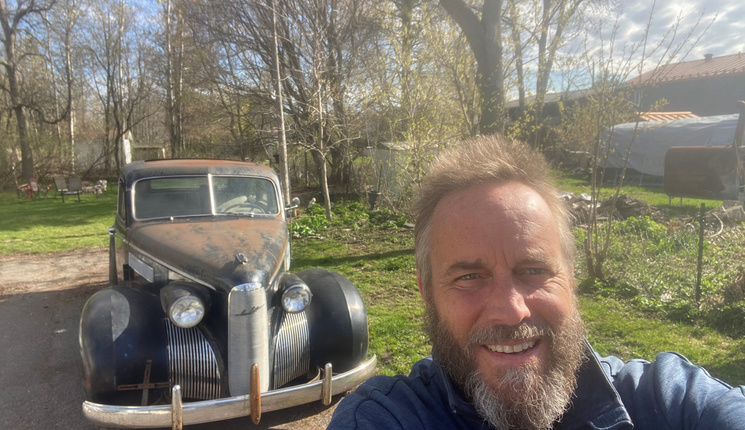 “This is a full Canadian classic, a 1939 LaSalle 5091A, No. 5 of 380 built. It is as original as can be from Chicoutimi, Que. It has a factory sunshine roof, the radio is intact and the glass on the car is like new with the exception of one stone chip.” 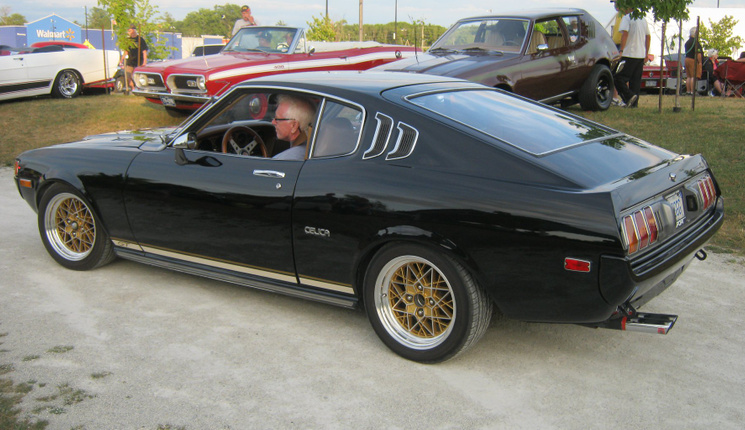 “My first Celica was a 1972 coupe that I bought used in 1975. I was 21 at the time and drove that car until late 1976. That was when, purely by chance, my wife and I were walking through Bayfield Mall in Barrie and a local dealer had newly arrived cars displayed, including a brilliant black 1977 Celica Liftback with a white interior. I was totally taken aback by the car and that was clearly evident to my wife, Jean.

“There were no sales staff but there were some business cards on a table, and I picked one up. Jean said, ‘You should buy this.’ I thought hard about it for about two seconds and headed for a payphone and called the dealer. We were there the next day and traded the ’72 for the new Liftback.

“I drove it until around 1985. When I bought a new car. I parked the Celica in the backyard with the plan of restoring her one day. When it came time to build an addition to the house, the car had to go. (Years later) while sitting at the computer and browsing online car auctions, I came across this 1977 Toyota Celica GT Liftback. It looked in very good shape with low mileage. I talked to the owner and looked at many pictures before buying it and having it shipped from Texas to Buffalo, where a friend and I transferred it to a trailer and brought it across the border. Rarely seen these days, it gets plenty of smiles and thumbs up every time it gets out.”

Too cool for school 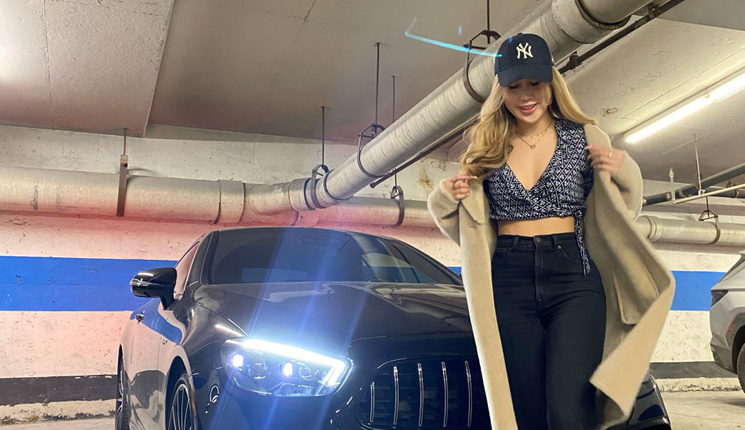 “I’m a 22-year-old university student that loves all things cars. I just received this 2021 Mercedes E53 AMG Coupe in late August of last year. The car is quite rare, and I have upgraded sound system, added dual-tone bucket seats for racing and a track pack. Best of all, there is no b-pillar, meaning all four windows in the coupe can be lowered so it looks like it has a floating roof. The car also has an inline-six hybrid (engine) which makes up for any turbo lag.” 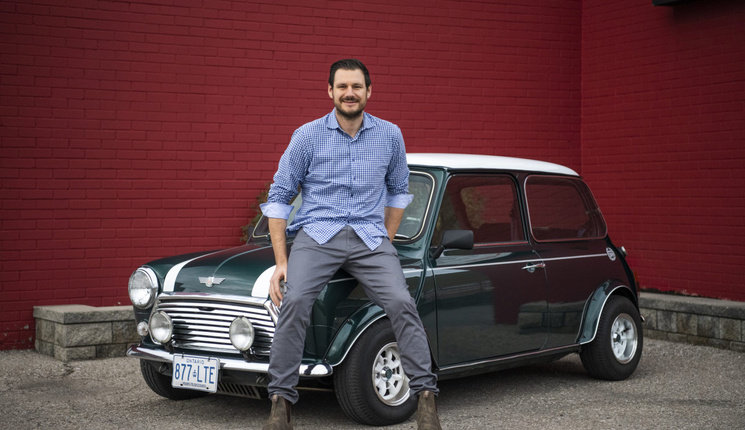 This is my Mini Cooper. It is a grey market import that I got from Japan seven years ago this month. It has a 1275 cc engine that produces 56 (alleged) horsepower. It has 10-inch wheels and weighs less than 1,450 lbs. I love driving this street-legal go-kart because it handles so well and is such an engaging driving experience. Also, it is such a cute-looking car that others can’t help but smile when they see it. It’s great to drive something that brings joy to others – and park anywhere you like. 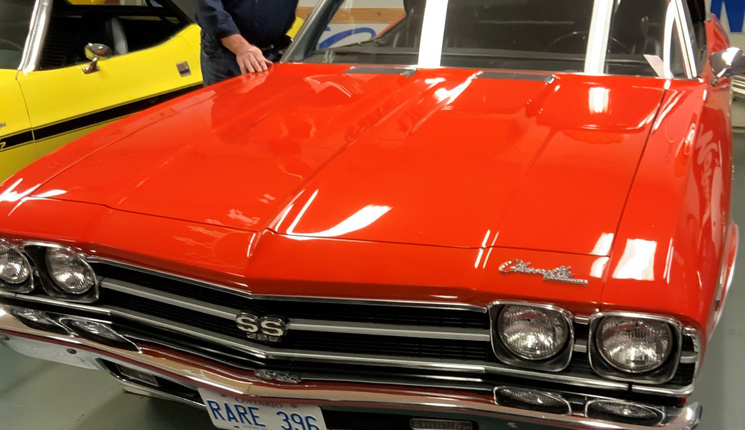 It would be understandable to forget a warm, sunny Friday afternoon in late October 1968, but this day was special. A couple buddies and I skipped college classes and, on the way to a local bar, I fell in love. Walking by a local Chevy dealership they were unloading a beautiful, orange convertible that caught my eye. I remember the guys went on for a beer, but I was smitten and stayed behind. I waited until the car was on the ground then checked out every inch of a stunning 1969 Monaco orange Chevelle SS Convertible.

“Fast forward to 2017 and, after several years of looking, my search took me to Washington state after hearing about an estate sale of similar cars. I immediately contacted the seller, and, after a long conversation, the deal was done. I finally owned my dream car and soon had it shipped to Canada.” 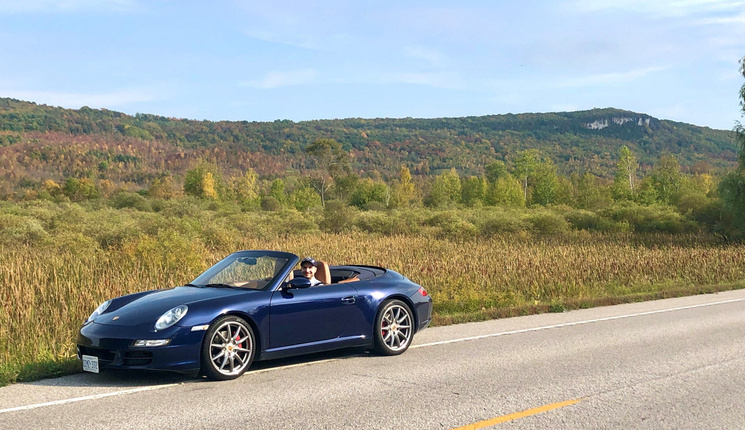 I bought my 2006 Porsche 911 Carrera S Cabriolet from a dealer in Montreal in 2017 after searching online for months. Fortunately, I found it within minutes of it being posted for sale, and I called them to place a deposit without even seeing photos – knowing that I didn’t want to lose this opportunity. Before I knew it, I was taking my first ride driving it back home and satisfying a lifelong dream to own a 911. My dream car in my dream specification: Lapis blue over a natural brown interior, and of course a manual transmission. This was taken on a day trip to Kimberley, Ont., last fall for a chance to see some (autumn) colours at the Old Baldy Conservation Area 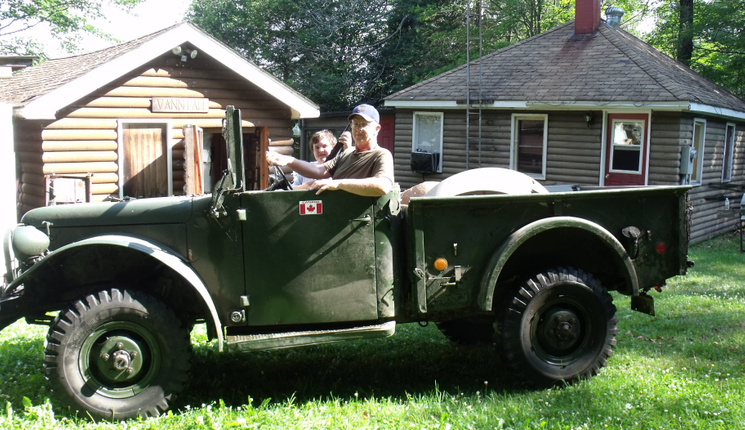 I am proud of my first military vehicle, a 1953 M37 with the same running gear as the Dodge Power Wagon. The M37 is at my cottage on Oxtongue Lake now. I originally bought the truck for a 200-acre farm near Washago where needed a 4X4 vehicle to access the property because there were no roads, just a rough trail and large rocks. I sold the farm, and the M37 was too large to store in Toronto, so I took it to the cottage where it is great for getting firewood. 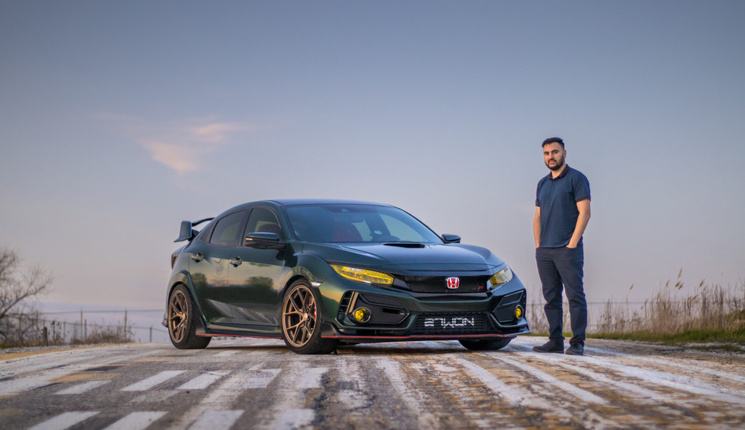 My 2020 Honda Civic Type R is a promotional and aftermarket performance parts testing and development car for my shop, Unity Performance in Mississauga. Even in stock form, it’s regarded as one of the best driver-focused cars, and tastefully modifying them brings out even more character. The exterior has British Racing Green vinyl wrap, and it contrasts really well with the aftermarket Bronze wheels. The car also has upgraded braking, cooling, engine performance, and suspension components that I test to provide my customers with real-world feedback on improvement and long-term durability.

These reader comments had been edited for space and clarity. All photos provided by the vehicle owners unless noted.