The story of the Queen told in cars

Join the Conversation (0)
Queen Elizabeth II was once an army mechanic during the Second World War — which perhaps spurred her life-long love of the automobile.

Still driving well into her 90s, the longest-reigning monarch in British history even taught her children and grandchildren how to drive. And, over the course of her storied life, she amassed an enviable car collection. As well, prior to her death, she was the only British citizen who didn’t require a driver’s license.

Even in the final years of her life, the Queen still liked to get behind the wheel whenever she could — often wearing a printed silk headscarf or colourful hat. She only gave up driving on public roads in 2019 after her husband, the late Prince Philip, got into a serious accident while driving at the age of 97. But that didn’t stop her from taking a spin on her private estates.

Here are a few moments from her life where automobiles played an important part.

The 96-year-old monarch, who passed away on Sept. 8, served as an army mechanic and ambulance driver during the Second World War. In 1944, while she was an 18-year-old princess, she signed up for the British Army’s Auxiliary Territorial Service, and in early 1945 became a mechanic, learning how to drive army lorries, change wheels and fix engines.

The public adored her for it, and an Associated Press headline in April 1945 dubbed her “Princess Auto Mechanic.” It also made her the first woman in the royal family to serve in the military.

In the early 2010s, never-before-seen images snapped by an amateur photographer in March 1945 of the then Princess Elizabeth working on an army vehicle were found – giving the modern public a look at this brief but important moment in her life. 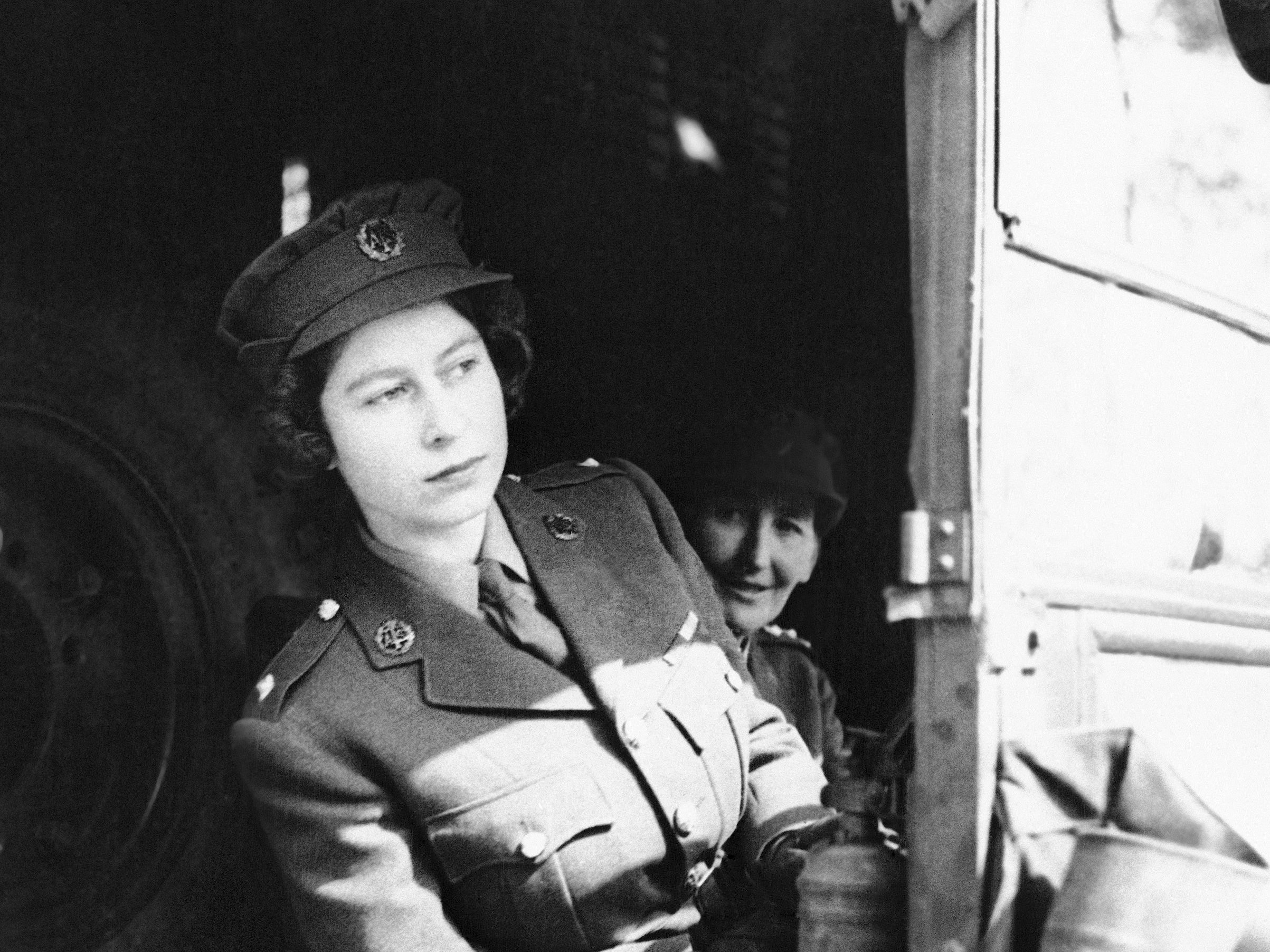 Many years after the war, in 1998, then-Saudi Crown Prince Abdullah had an audience with Queen Elizabeth II at Balmoral Castle in Scotland, where he agreed to be taken on a tour of the estate.

At the time, women weren’t allowed to drive in Saudi Arabia (and, in fact, were only granted that right in 2018). So, imagine the Crown Prince’s surprise when the Queen herself hopped into the driver’s seat of the Land Rover.

Apparently, she drove in the same style she was taught during her wartime military training decades earlier. The story, shared in a memoir by diplomat Sherard Cowper-Coles, said the Queen accelerated along narrow estate roads, chatting the entire time. As Cowper-Coles recalls it, “Through his interpreter, the Crown Prince implored the Queen to slow down and concentrate on the road ahead.”

Whether intentional or not, she made a statement without uttering a word. (For the record, former British prime minister David Cameron, revealed in his autobiography that he was alarmed by the Queen’s “breakneck speed” while driving.)

The Queen had long been a fan of Land Rover — well before it became associated with high-end luxury vehicles. After the Second World War, the Land Rover was considered more of a utilitarian off-road vehicle, which, at the time, won her favour with a nation recovering from wartime struggles and rations. 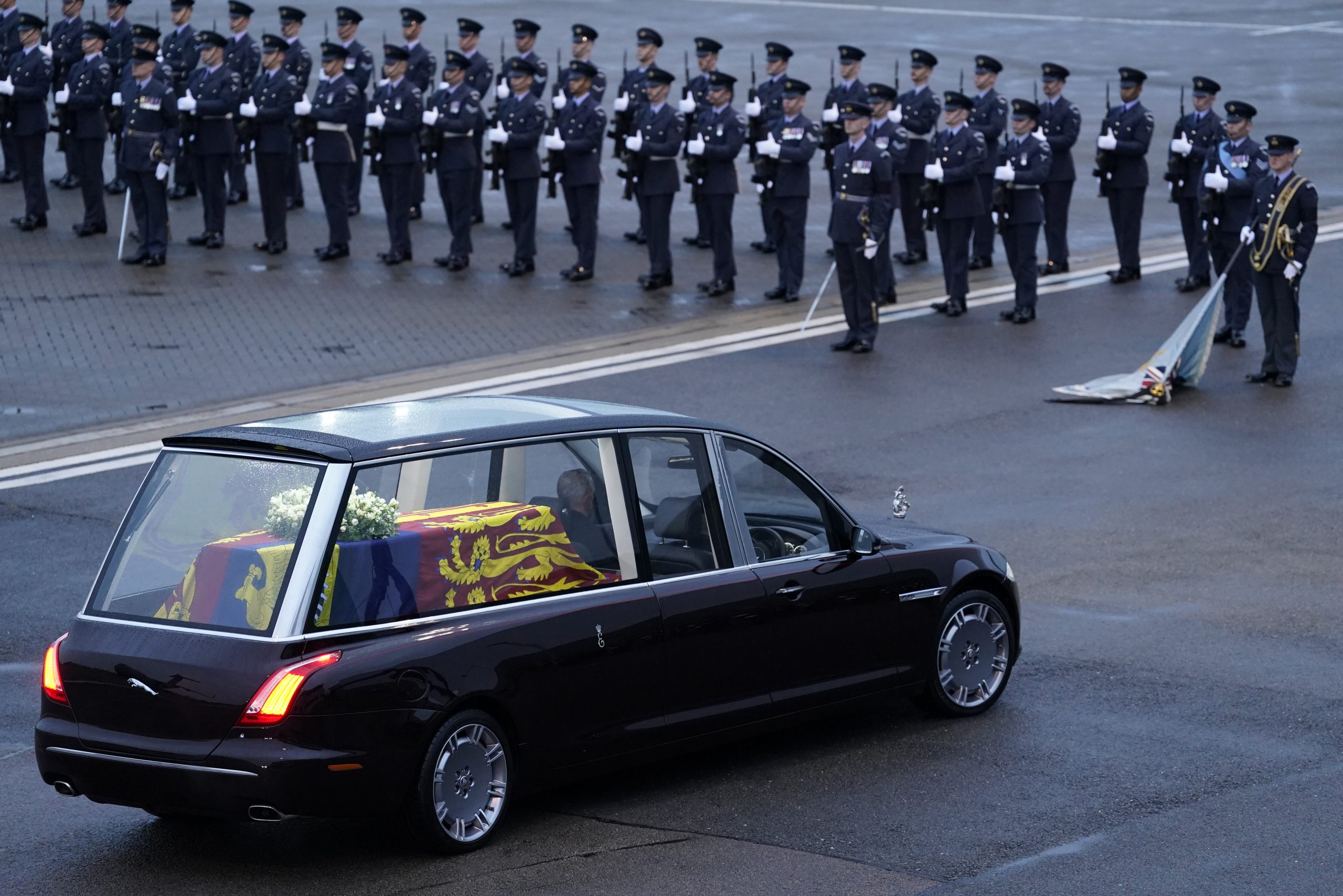 Over the years, she amassed a fleet of more than 30 Land Rovers, receiving her first one just before her coronation in 1953 when she ascended the throne (Land Rover was even granted a Royal Warrant in 1951).

It turned out to be a two-way relationship. Land Rover donated a Defender 130 to the British Red Cross for the Queen’s Platinum Jubilee. And when Prince Philip died in April 2021, his coffin wasn’t transported in a traditional hearse, but in a Defender TD5 130 painted military green.

While she had a soft spot for Land Rover, Queen Elizabeth II also was a staunch supporter of British automakers, including Aston Martin, Bentley, Vauxhall and Rolls-Royce, and a patron of the Royal Automobile Club. Indeed, car retailers in the U.K closed their businesses for 10 days of national mourning following her death.

While Queen Elizabeth will be recalled for many things, including her dedication to public service, many will simply remember the mother, grandmother and great-grandmother behind the wheel of her Land Rover, hair tied up in a silk scarf, corgis at her side, foot on the accelerator.

The hearse that transporting the casket of Queen Elizabeth II to Buckingham Palace from RAF Northolt, where it arrived from Scotland, was designed by Jaguar Land Rover and The Royal Household and was approved by the Queen, reported Car and Driver.

The customized Jaguar XJ featured large windows to allow the public to view the casket, was finished in Royal Claret and includes the queen’s royal cypher.

It was a specially built Binz H4 on a Mercedes E-Class platform that transported the Queen’s casket on the 280-kilometre journey from Balmoral Castle, where she died, to Edinburgh, according to Drive.com.au.