The buckling-up brouhaha: Seatbelts were once as polarizing as vaccines and masks

More than four decades ago Canadian provinces started rolling out legislation around seatbelt use. An expert wonders if those laws would be successful today.

Join the Conversation (0)
With an epidemic taking place, one company decided to forego their patent to help save lives. And when the government stepped in to enact a solution, people were in an uproar, saying it took away their freedom.

Sound familiar? It does, but we’re not talking about COVID-19, vaccine mandates and masking requirements — we’re talking about seatbelts.

It was more than four decades ago that Canadian provinces started rolling out legislation around seatbelt use, with four – including Ontario – having done so by 1977. It took other provinces and territories into the late 1980s and early 1990s to follow suit (with Alberta being the last province in 1987 and the Yukon the last territory in 1991).

In Alberta, protests even erupted over the legislation, and in 1989 a judge ruled that seatbelt use could not be made mandatory under the constitution (a finding that was later reversed by the Alberta Court of Appeal).

But gradually seatbelt laws evolved, including the requirement to buckle infants into car seats and young children into booster seats. This resulted in a dramatic reduction in crash-related injuries and deaths, and over the years compliance with seatbelt laws has not only increased but become a social norm.

A Volvo engineer, Nils Bohlin, was responsible for inventing the three-point seatbelt in 1959. This was an evolution of the lap belt, which didn’t restrain the upper body in the event of a crash and left passengers vulnerable to head, chest and spinal injuries. At the time, however, most cars didn’t have any seatbelts.

Bohlin’s invention changed all that — but it still took time to catch on.

“His solution was to have a seatbelt that took care of both the lower part of the body and region of your hips and the upper part where you have the chest and head,” said Jan Ivarsson, deputy director and senior technical safety advisor at Volvo Cars in Sweden.

While Volvo’s data clearly showed the effectiveness of the three-point seatbelt in preventing death and reducing injuries, most people at the time didn’t bother wearing seatbelts.

“So, usability and acceptance were very, very important,” said Ivarsson. “It was a bit of a daring decision to put it into our cars as a standard feature in 1959.”

Volvo also did something else unusual: the Swedish automaker decided to make the patent available to all to encourage mass adoption of the three-point seatbelt and not charge a license fee to its competitors. The company, which continues to evolve its culture of safety with electric vehicles, even provides open-source access to its crash-research data.

Still, it took years (and, in some cases, decades) to overcome resistance and gain wider adoption.

“Much of what tends to be controversial with new legislation comes down to the perception that people are sacrificing their personal liberty for the sake of the public good,” said Alice MacLachlan, associate professor with York University’s Department of Philosophy.

The seatbelt law is sometimes described as paternalistic: a government body is deciding something for you, for your own good. Some people interpreted the seatbelt law as an insult, MacLachlan said, even if they were wearing one anyway.

“In 1976 when seatbelt laws were introduced in Ontario, strapping a piece of fabric across our waist seemed much more restrictive than driving on the right side of the road,” said MacLachlan. 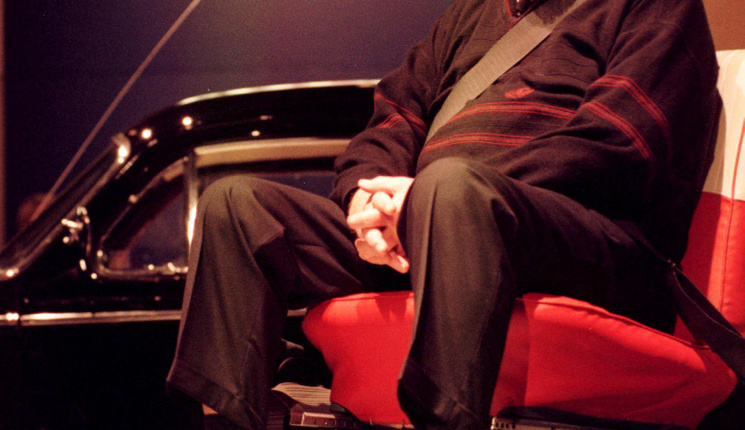 We drive on the right side of the road, so we don’t crash into other vehicles, she said, adding “we don’t perceive it as a restriction on our liberty. We understand the rationale, it’s part of our settled expectations.

“Whereas something new seems like an act of disruption to our freedom.”

At the same time, she said, the backlash against seatbelts wasn’t entirely without reason. The risks of lap belts have been well documented over the years, but, when it became law, there was a dramatic uptake in the use of seatbelts.

“Once it became a legal norm, it became a social norm,” said MacLachlan. “Social norms can change over time as a result of legal enforcement.”

Governments also ran buckle-up campaigns, sometimes targeting kids to shame their parents into using their seatbelts (a tactic also used more recently to encourage mask wearing in some areas of the world). Over time, people have also come to understand that the risk of death is exponentially higher if they’re not wearing a seatbelt.

But MacLachlan wonders what would happen if seatbelt laws were introduced today. “In a very polarized society where anything can become political fodder, it’s a lot harder to introduce social norms,” she said.

MacLachlan said it’s become more difficult for people to make assessments of various risks and the costs they’re willing to take for various freedoms. “It doesn’t change the risks, it changes the perception of them,” she said. “I think if seatbelt laws were introduced today, they probably wouldn’t be as successful.”

But, over the course of several decades, wearing a seatbelt has become a norm — even in holdouts like Alberta and the Yukon. In fact, most cars beep incessantly until you put your seatbelt on, making it near impossible to drive without it.

While it may seem mundane, the seatbelt is one of the most important inventions of our time. “(Nils Bohlin) was a true engineer and a very strong force in developing things based on our safety data,” said Ivarsson. “This guy has saved a lot of lives.”

What people were saying

On Feb. 21, 1974, the Toronto Star ran letters to the editor in reaction to coverage of a possible seatbelt law in Ontario. Here is what some readers had to say: